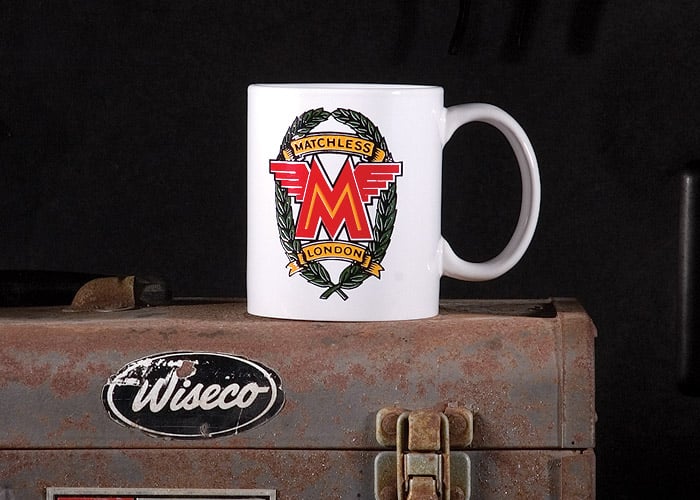 Sadly, Matchless no longer produce motorcycles, however if you live in hope that one day you’ll have one in the garage, or even if you just love vintage motorcycle logos, this is the coffee mug for you.

Costing only $5.95 from Metro Racing it’s a great deal and a huge improvement over that Starbucks thermos you only used once.