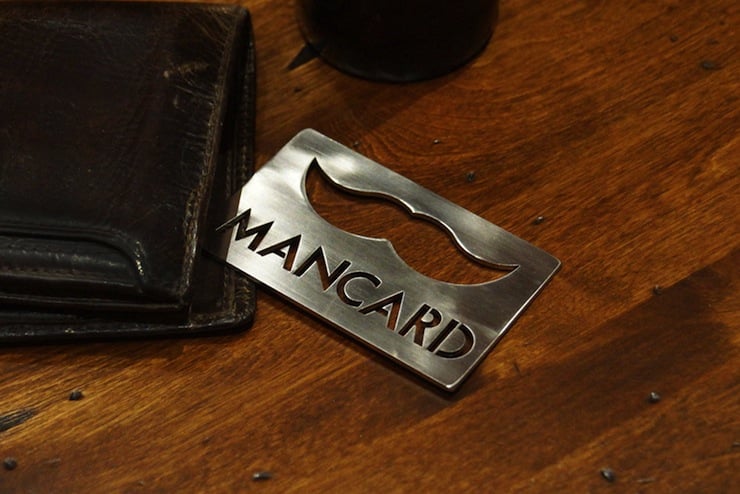 The Man Card is a credit card sized stainless steel plate designed to slide into your wallet and provide it with some much needed rigidity – this helps offset the problem of having bent, creased or otherwise damaged bank cards, drivers licenses and credit cards. The Man Card has the added bonus of a moustache shaped bottle opener, meaning you’ll never again risk being showered with beer after trying to open a bottle on a car bumper.