The 1938 Indian Chief incorporated a number of improvements over the 1937 model, the engineers at Indian worked on refining each model year as best they could and so the 1938 Chief had dozens of these small tweaks. The electrical systems and wiring were better hidden, the switch gear was made water-proof, batteries were improved and the handlebar position was tweaked to make it a little more comfortable. If you’d like to read more about the ’38 model you might want to check out this article, written all the way back in 1937 by a Motorcyclist Magazine writer who went to the Indian factory to preview the then-upcoming 1938 model release.

1922 was the first year that the Chief was released and it came fitted with a 1000cc v-twin capable of 85mph in stock form and over 100mph after the racers got their hands on it. In 1924 the engine capacity was boosted to 1200cc, these early Indians had gear driven primaries in aluminium casings, far superior to the leak prone pressed-seal cases used by other motorcycle manufacturers right into the 1970s. 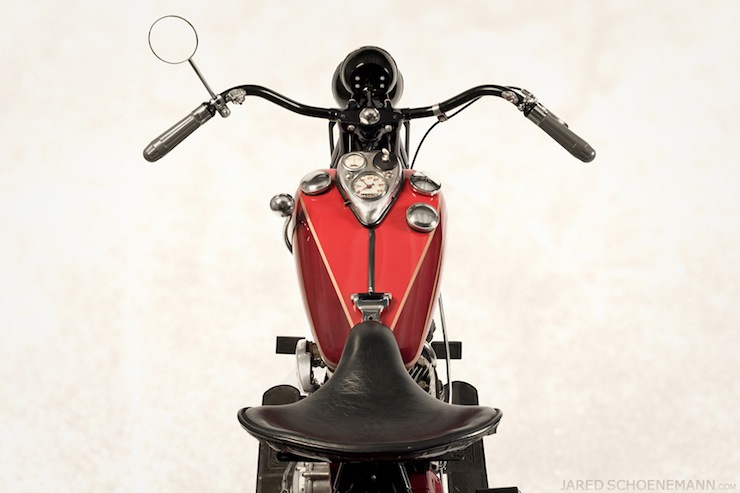 The 1938 Indian Chief you see here is one of the finest surviving examples, it’s painted in that classic Indian-red, has the beautiful fenders and wide handlebars that set the model apart and looks for all the world like it just rolled off the production line in early 1938.

The bike was photographed by talented shooter Jared Schoenemann, he has one of the most impressive automotive-related portfolios we’ve seen in recent memory so we’ll be bringing you more of his work in the coming weeks. If you’d like to stay in the loop with Jared’s work you can like his official Facebook Page here, or you can click to visit his website.

“I love everything about old motorcycles and do anything I can to be surrounded by them. I hope to work with motorcycles throughout my entire life, and produce quality images of rare, vintage and classic machines as often as I can. Many thanks to Tim Graber & Marty Spalding from Classic Motorcycle Consignments for giving me access to their inventory.” – Jared Schoenemann 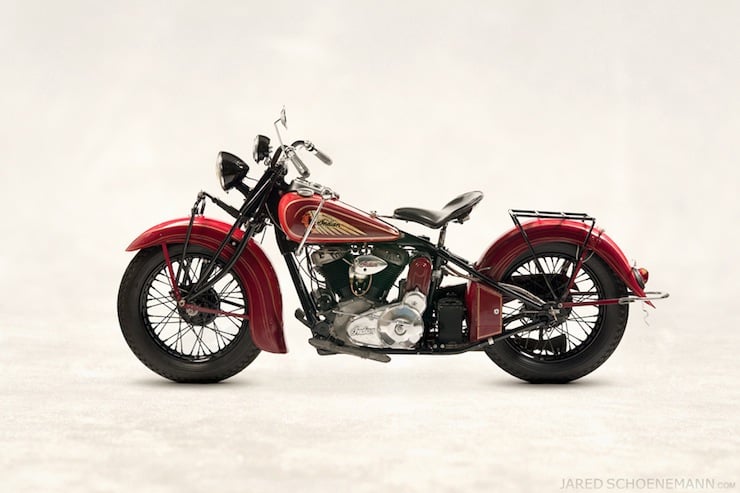 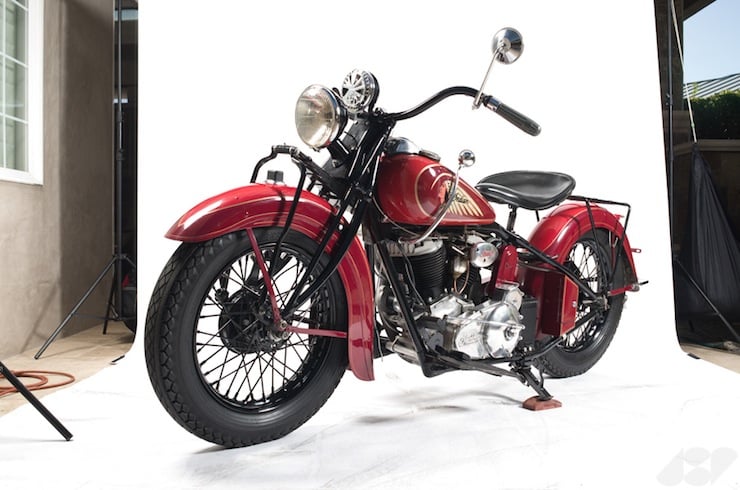 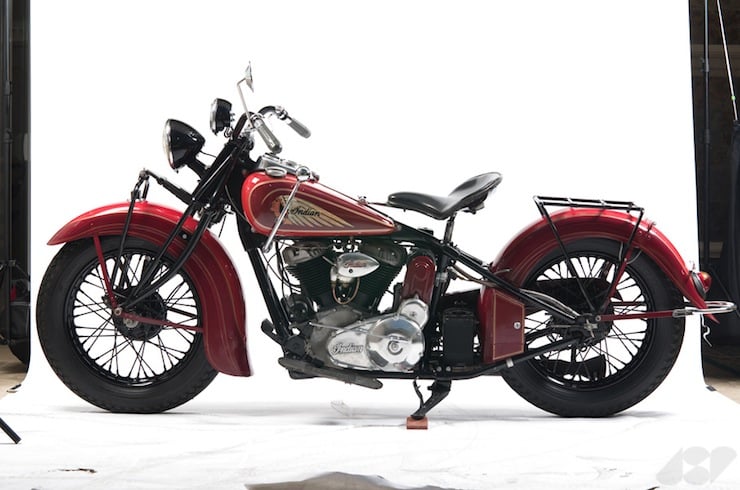