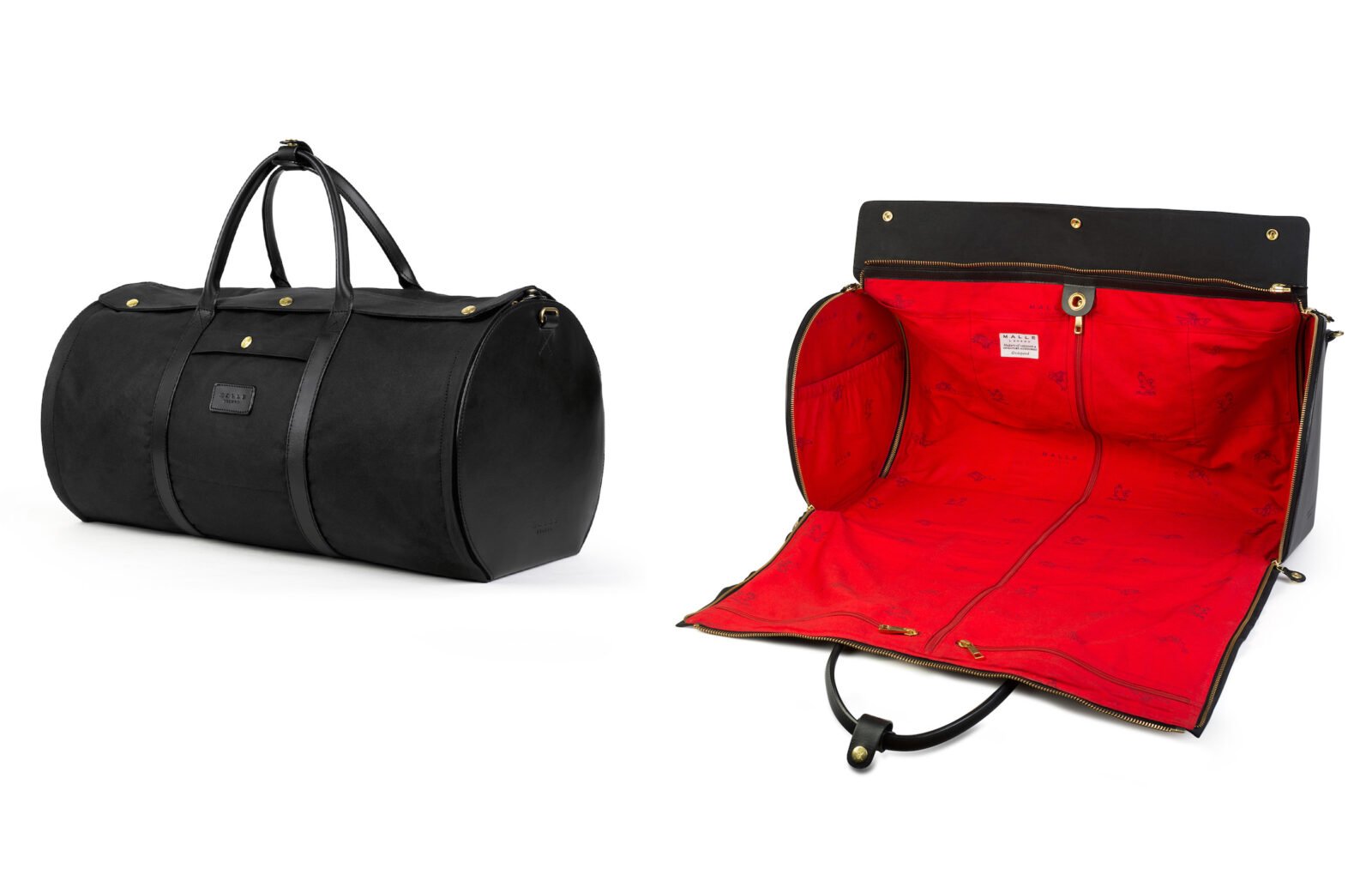 The Malle Garment Holdall is a new design from the British company designed to unzip and each end and completely unroll – allowing you to transport leather jackets, blazers, and full suits without needing to fold or crease them.

Malle London make their luggage and bag collections using traditional materials and construction methods, the Garment Holdall is made from 10 oz waxed canvas with a 100% waterproof membrane on the interior, with bridle leather straps and handles, an red cotton interior and solid welded brass hardware.

An extra large padded shoulder pad distributes the weight of the fully loaded bag more evenly across the shoulder allowing greater comfort when carrying it for longer distances, or just between airport terminals. The bag also has two traditional handles for carrying, and it closes with a zipper and a series of brass snaps.

The Garment Holdall is conveniently sized to carry a racing suit, boots, gloves, and a helmet – and I have a feeling this may prove to be a common way the bags are used.

The bag measures in at 24” x 12” x 11” and it has a total capacity of 52 liters, meaning it’ll fit easily in almost all car trunks and backseats. It’s also designed to meet aircraft carry on luggage size requirements for people who need to take suits and other non-foldable attire with them when they travel. 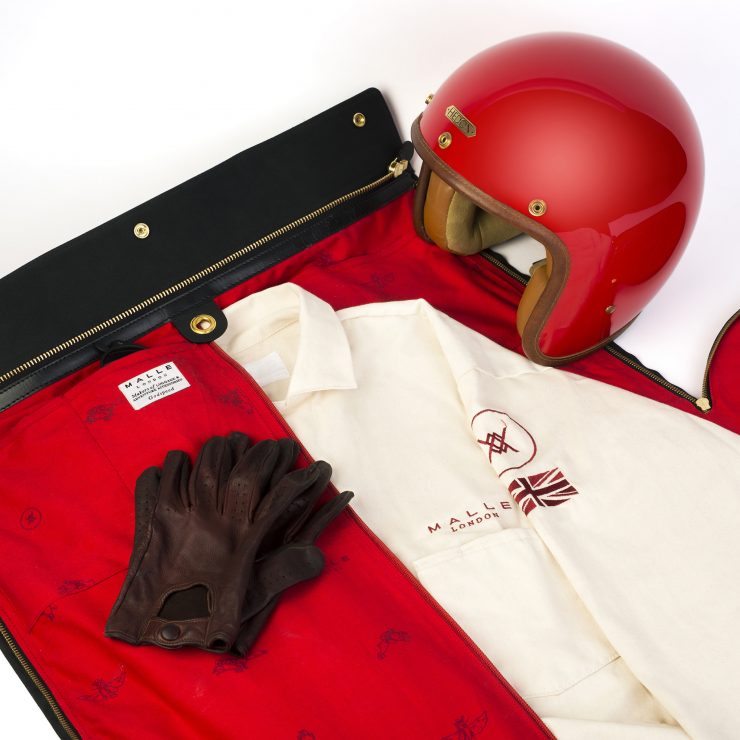 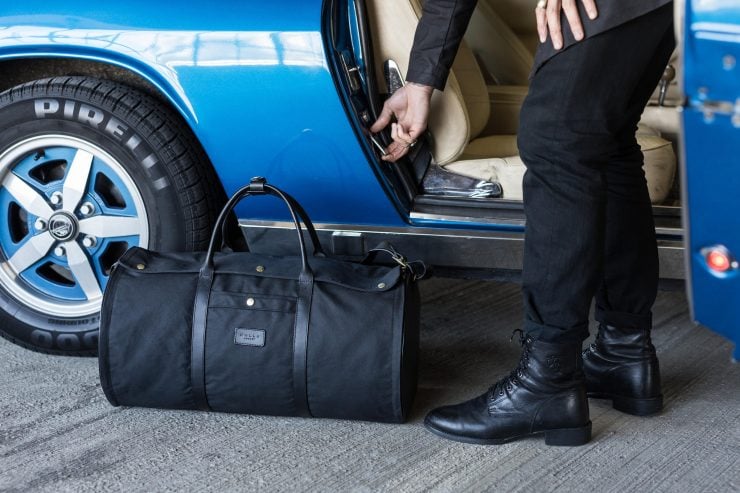 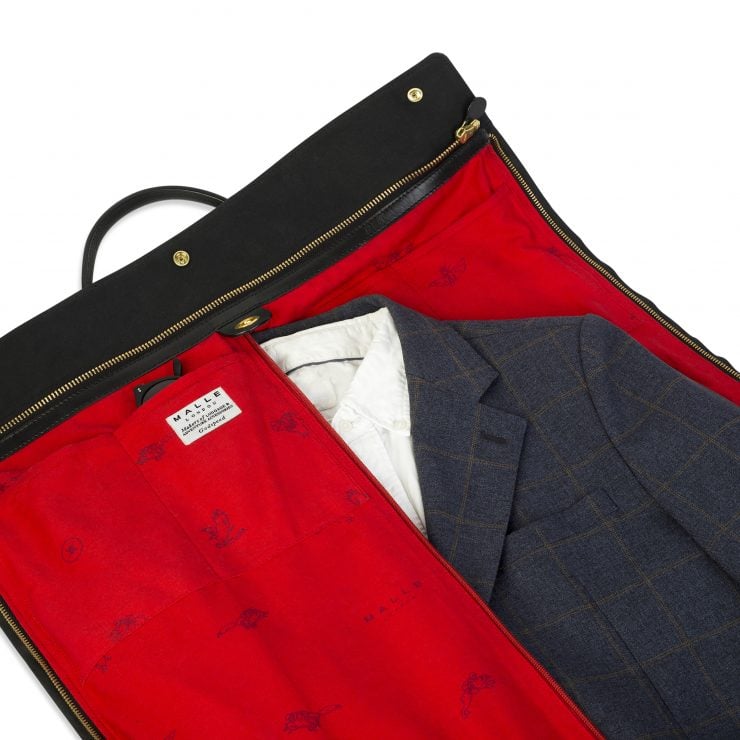 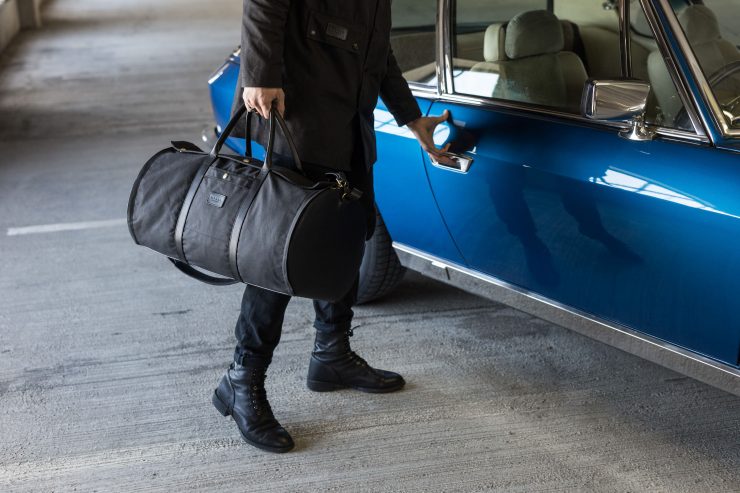 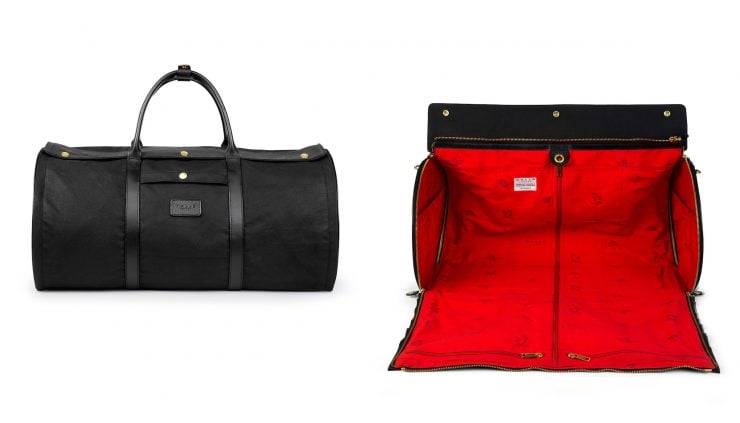