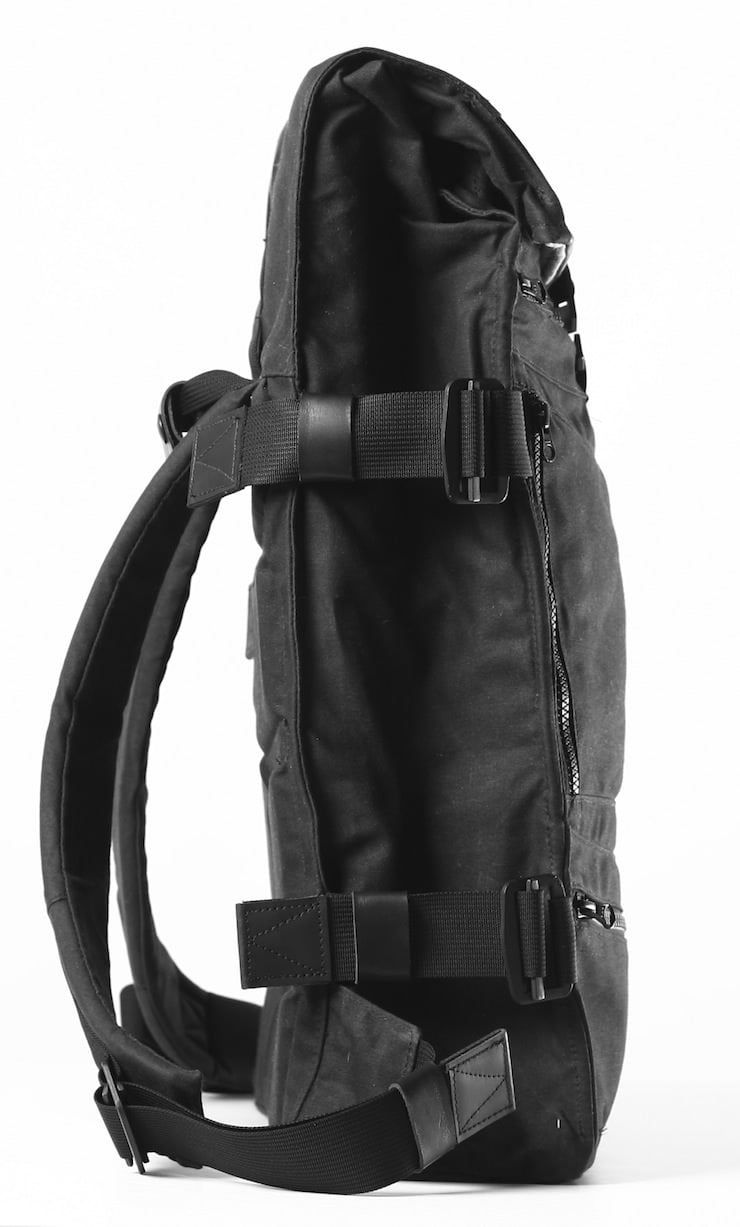 The Magnitude Backpack is not something you’ll find in stores or on Amazon, it’s a uniquely American rucksack made by a small team of dedicated designers based in San Francisco and after a successful Kickstarter campaign, they’re now taking pre-orders for the first production run of Modern Industry bags.

Each Magnitude Backpack is made from a combination of Martexin Original Wax 10.10 oz. Army Duck Canvas and vegetable tanned Horween leather, the interior is lined with a brightly coloured organic cotton canvas to make the contents easier to see and the zippers are all waterproof – to keep your stuff dry should you get caught in the rain.

The Magnitude has a padded laptop compartment capable of holding up to a 17″ MacBook Pro, it also has a unique aluminium clasp system that can shrink or grow the bag’s size depending on how much stuff you need to carry around. It looks to be an excellent bag for motorcyclists, cyclists and other people who have an exposed commute – Visit Modern Industry here to read more or click here to pre-order yours today. 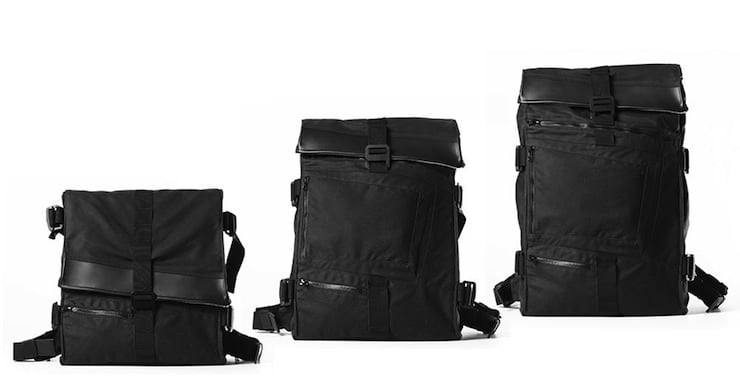