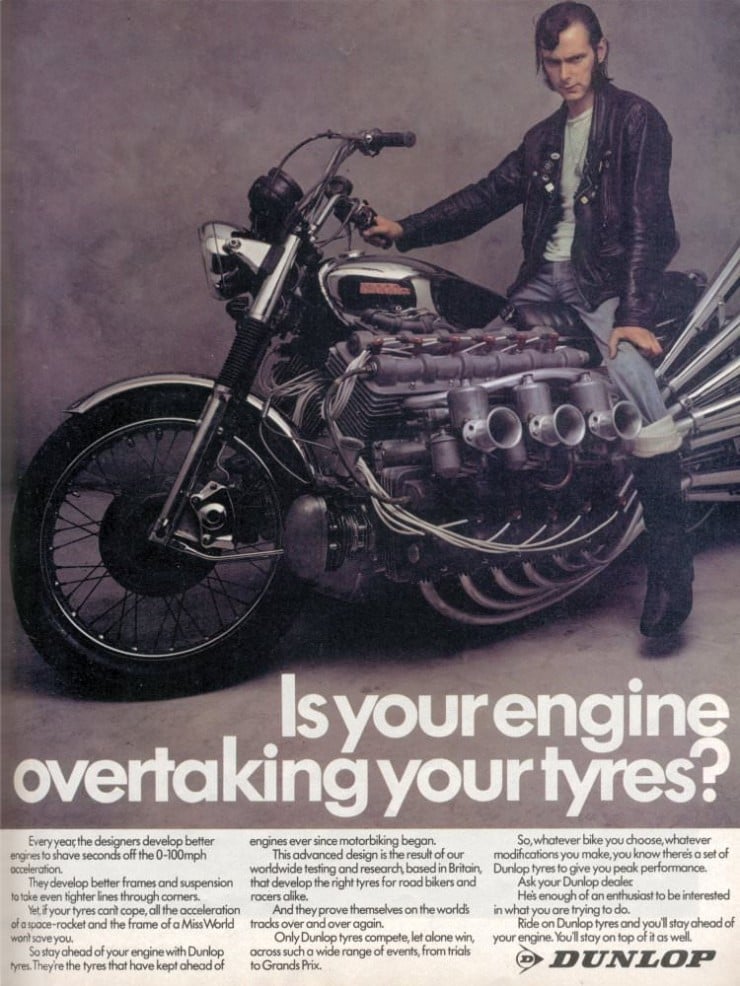 This 1970s era Dunlop advertisement is just about the best motorbike tire promotional piece we’ve ever seen. We featured just the photograph on the Silodrome Facebook Page earlier this week and it lit up the interwebs like a Russian meteor, one of the commenters linked us to this image and we felt that it’d be only right to feature it here – perhaps just to answer all the people who claimed it was a Photoshop job.

Apparently the bike doesn’t actually run, which is a dammed travesty, it’s made from 12 joined 1000cc v-twins in a “W” configuration and if it was functioning would probably be capable of 750hp to 1000hp (depending on the state of tune). The bike is referenced in some parts of the internet as “Joebody’s Rocket” but further (reliable) information is exceedingly hard to come by. 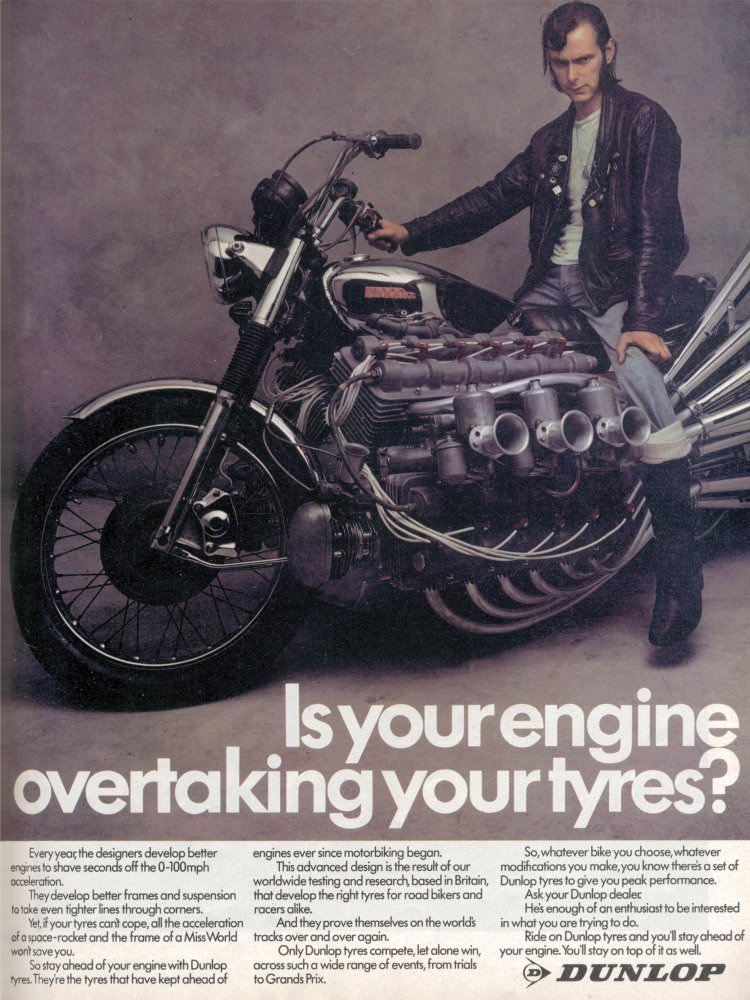