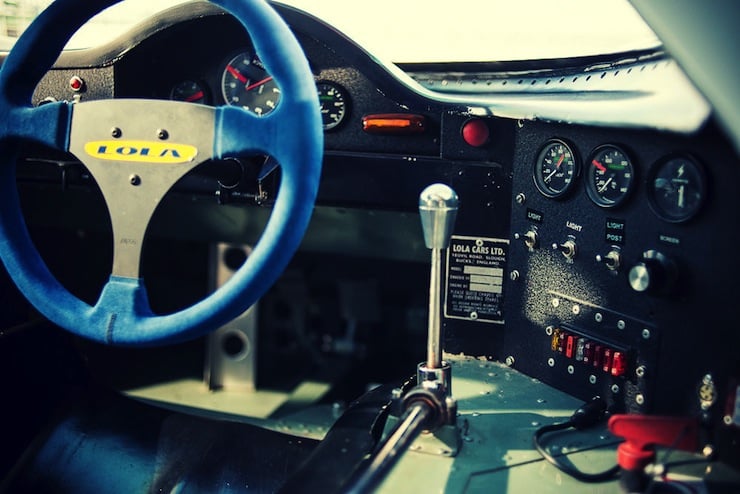 This 1969 Lola T70 MKIII B is the descendant of the 1965 Lola T70, a car that was driven by Formula One and motorcycle racing legend John Surtees. The car was designed by Englishman Eric Broadley during his more than 40 years running Lola, Broadley favoured mid-engined chassis and was a great proponent of early aerodynamics – in fact the 1962 Lola Mk 6 GT sports-racing coupé is widely regarded as the unofficial prototype of the Ford GT40.

The Lola T70 is fitted with a carburettor fed 5000cc Traco Chevrolet V8 with wet sump lubrication, a 5-speed transmission and is right hand drive. The standard performance specifications aren’t available but if you imagine having your brain squeezed out through the hair follicles on the back of your head, you’ll get a fairly accurate feel for the car’s acceleration.

The car was sold to Steve McQueen’s Solar Productions film company for his film “Le Mans” in 1970, they bought 5 Lola’s in total, this chassis was painted yellow and given the racing number “11”. It’s the same car used during the film in the scene featuring Rob Slotemaker spinning the car on the downhill approach to Indianapolis Corner, after this the car was dressed up like a Gulf-Porsche 917 and this is where the story gets really interesting;

“SL76/141 (this same chassis) was then whisked away and dressed up to look like a Gulf-Porsche 917 for a scheduled crash sequence with the cloned car being driven by remote control. Up to this point in filming, the production crew had managed so far to destroy two T70 MkIII’s dressed up as Ferrari 512’s when the remote control equipment failed both times. Ultimately, the equipment was dumped from the cloned Ferrari in favour of simply firing the car from an air cannon, which certainly did achieve the spectacular desired effect.” 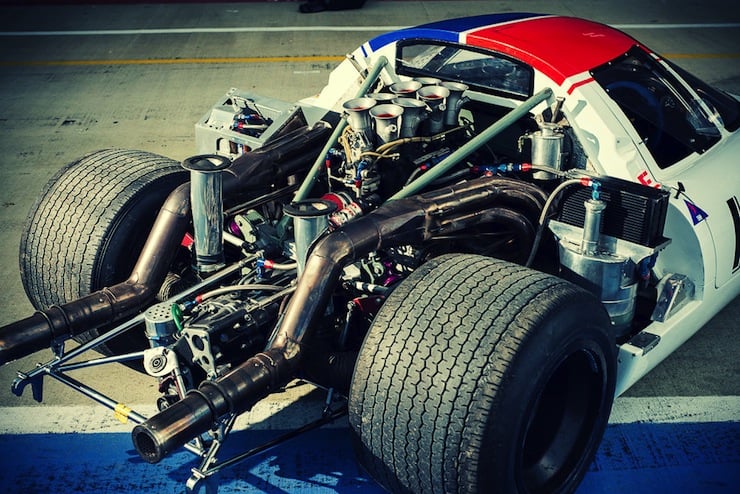 “The crew didn’t give up though and fitted the equipment to the cloned Porsche 917 in the hope they had cured the problems encountered before. The scheduled stunt was pretty much as before with the driver of the 917 being distracted by an exploding Ferrari, then swerving to avoid running into a much slower 911, and finally crash into the barrier. The start of the stunt went exactly as planned with the cloned 917 successfully managing to swerve and avoid the little 911 and then hit the barrier. However the aerial for the remote control was taped inside the left hand side of the tail and after the car hit the barrier for the first time side on, it fell off. The 917 was now out of control with the throttle stuck wide open at maximum revs. It then went on to play pinball between the Armco on the run towards Maison Blanche. The results were spectacular, and much better than expected, and it was all caught on film by multiple cameras.”

“The car finished up buried in the Armco and sat there with its rear wheels spinning as the engine revved away at full throttle. Everybody stood back and watched hoping that sooner, rather than later, the fuel would run out killing the engine. However someone put rather more fuel in the car than was needed! After several minutes, by which time the rear tyres had ground away to the rim, a brave, if rather foolhardy soul walked over to the screaming wreck, reached inside the shattered cockpit and flicked the kill switch.”

If you have £570,000 and £650,000 handy you might want to register to bid, the car is headed to the Race Retro & Classic Car Sale held by Silverstone Auctions on the 23rd of February 2013. That price tag might seem high but it’s actually a hell of a good investment considering the car’s remarkable pedigree. 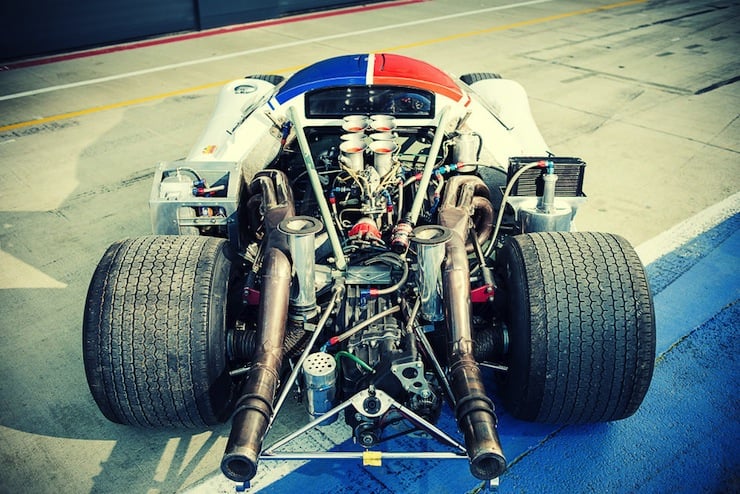 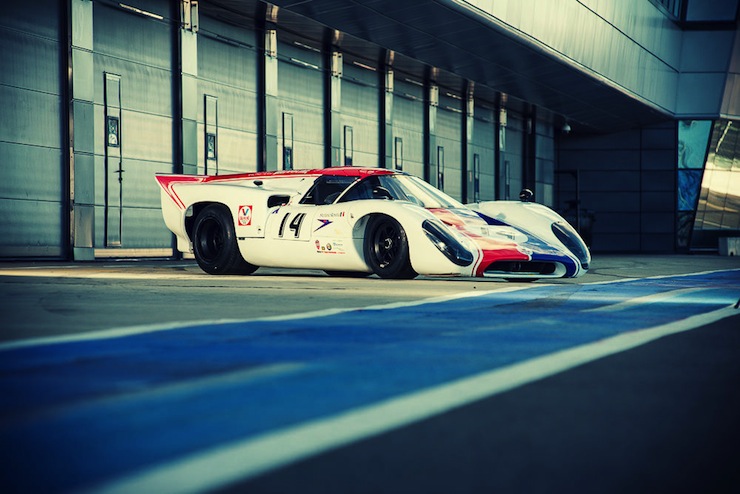 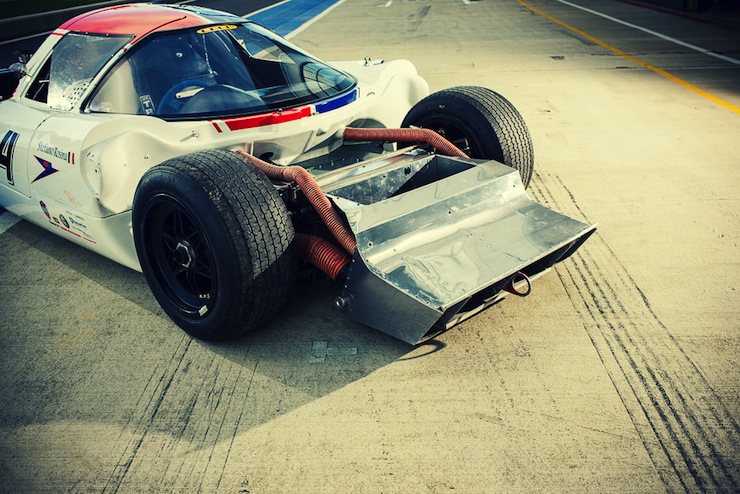 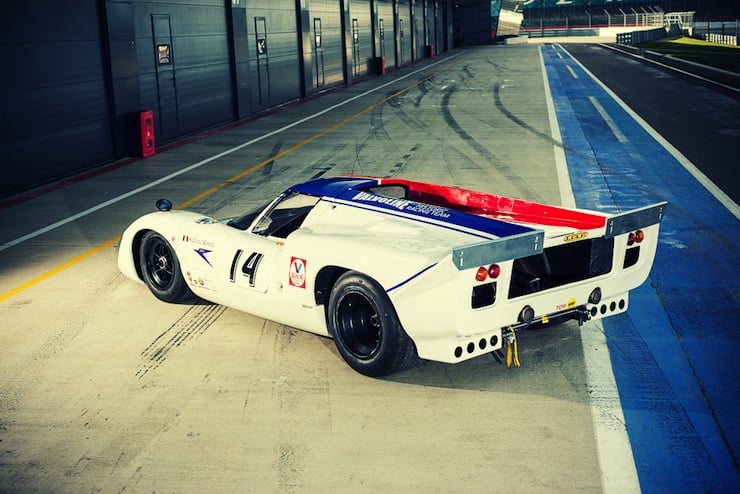 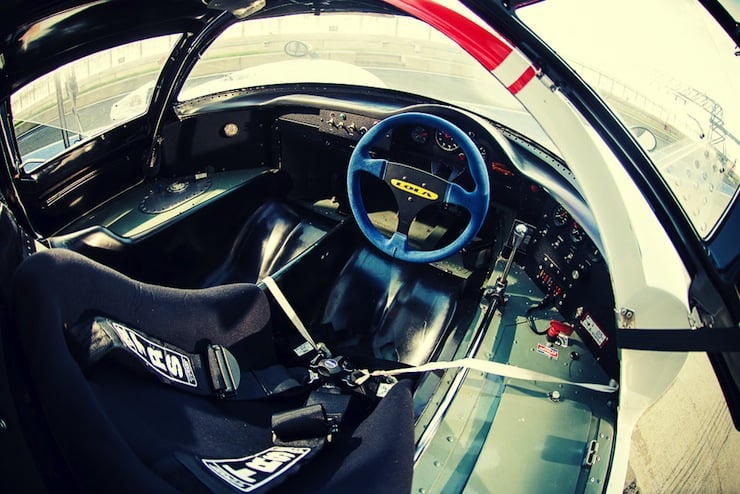