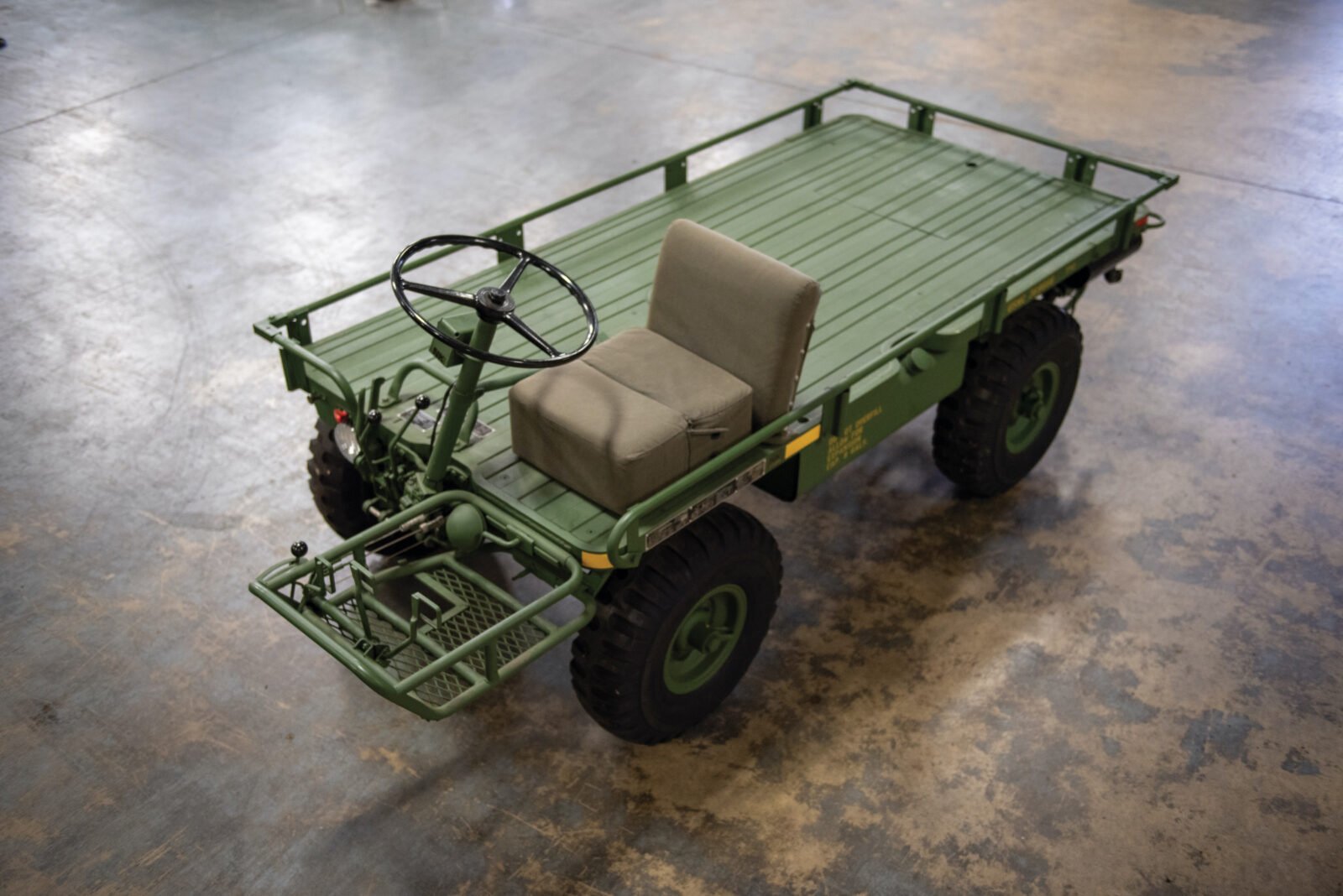 The M274 Mule 1/2 Ton 4×4 was used extensively in the Vietnam War as both a weapons platform and a specialist transportation vehicle that could traverse exceedingly difficult jungle terrain with 1/2 a ton of equipment, men, or supplies.

The Mule was built in five major versions from 1956 through to 1970, but it remained in service with the US military right into the 1980s. Both the US Army and the Marines made use of the unusual 4×4 and it remained popular over its decades of service due to its remarkable versatility and ease of use. 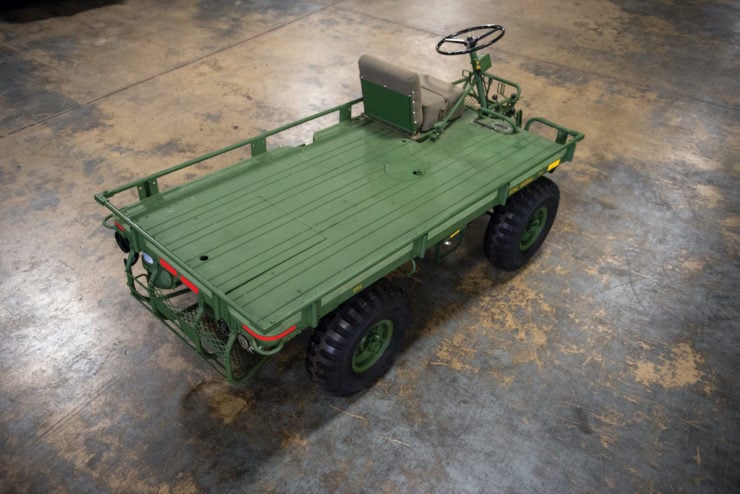 The engine is rear mounted and accessed through a hatch in the cargo platform.

The Mule was released in six major versions, the original M274 followed by the M274 A1, and the M274 A2 through to the A5. All of the Mules with the exception of the A5 had four wheel steering, and all had four wheel drive, a three-speed transmission, and a two-speed transfer case. Mules weren’t fitted with any suspension so larger tires were used running at lower pressures, seats were also padded to help with driver comfort.

A quick glance at the M274 Mule is all you need to see it has no armor or protection for the driver, they weren’t designed for front line use but rather to fulfil a logistics and re-supply role. That said, many Mules were used as weapons platforms, typically the M60 7.62mm NATO light machine gun, the M2HB .50 Caliber machine gun, the M40 106 mm recoilless rifle, or the TOW anti-tank missile system.

Interestingly the mesh footwell could be removed from the front and the steering shaft moved to the driver could walk behind or even drive it while crouching down behind it and sheltering from enemy fire.

The designers of the Mule intended it as a low speed transport vehicle and so they made certain that it could be driven at a soldier’s walking pace. In gears 1 through 3 in low range the Mule could operate at 1 mph, 4 mph, or 9 mph respectively, and in high range it moved up to 7 mph, 18 mph, and 25 mph. 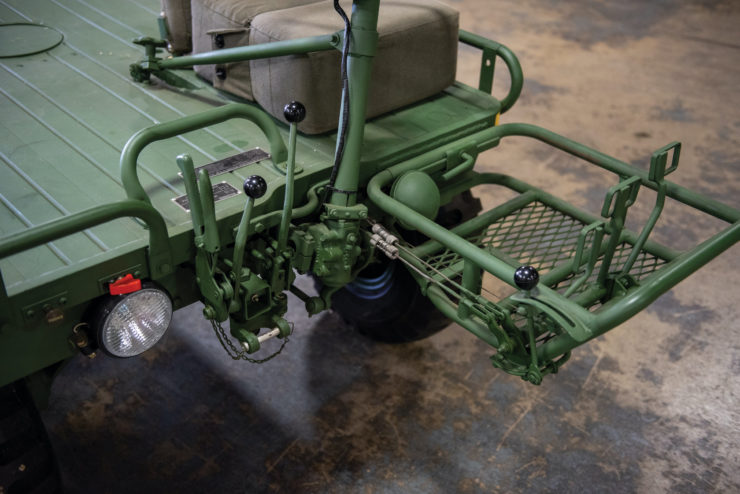 The pedals were mounted out in front of the vehicle, with the driver sitting almost at the edge, to maximize cargo space behind.

Two engines were offered over the production run of the M274 Mule, initially it was the same four-cylinder unit found in the Willys Jeep. Later models received the two-cylinder Continental-Hercules A042, both engines were rear mounted and accessed through a hatch in the cargo platform.

Each of the four wheels had an attachment point for transportation, the Mule could be carried underneath a helicopter or parachute dropped by cargo plane. Over the course of the production run the various versions were manufactured by Willys, Bowen-McLaughlin-York, Baifield Industries, and Brunswick Corporation. There were just over 11,000 made in total, and it’s not known how many have survived to the modern day.

The exceptionally well presented 1968 M274 Mule you see here is an A5 variant, meaning it’s fitted with an electric starter in place of the pull starter used on earlier models. It’s powered by the reliable and mechanically simple Continental-Hercules A042 engine and it carries markings from the US Marines.

If you’d like to read more about this Mule or register to bid you can click here to visit the listing on RM Sotheby’s, it’d due to cross the auction block in early May with no reserve. 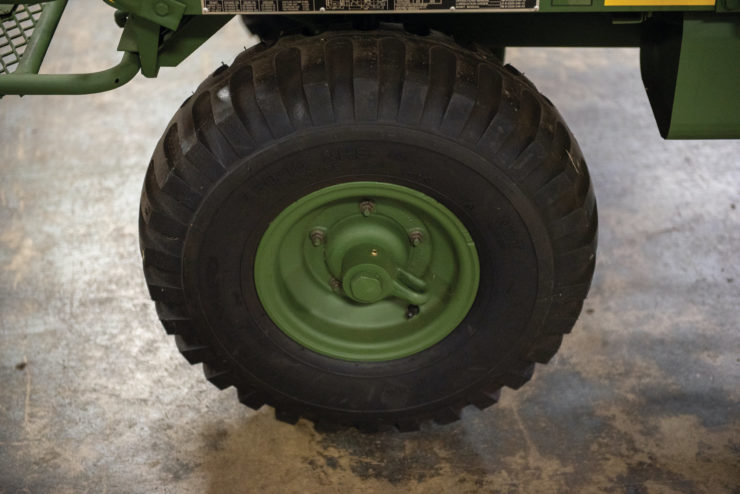 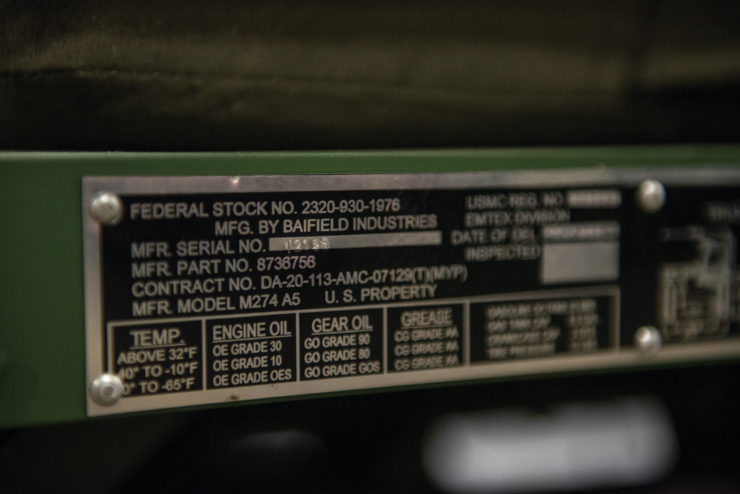 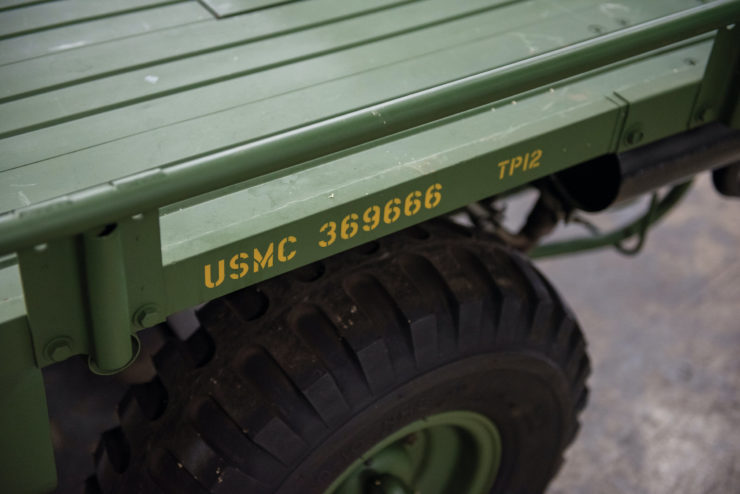 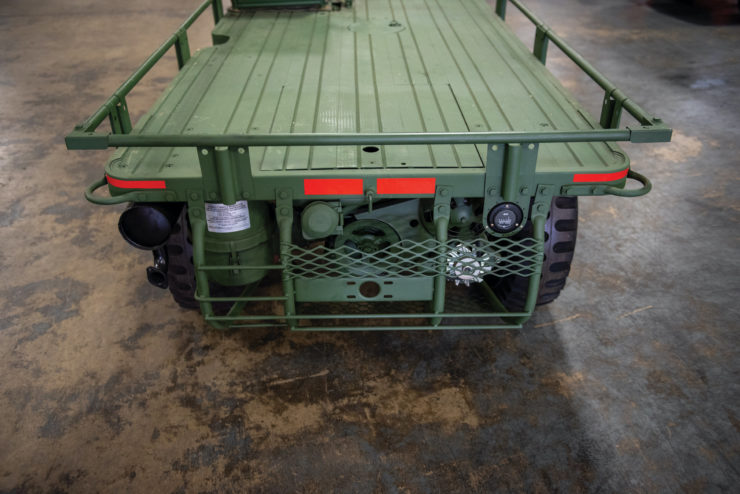 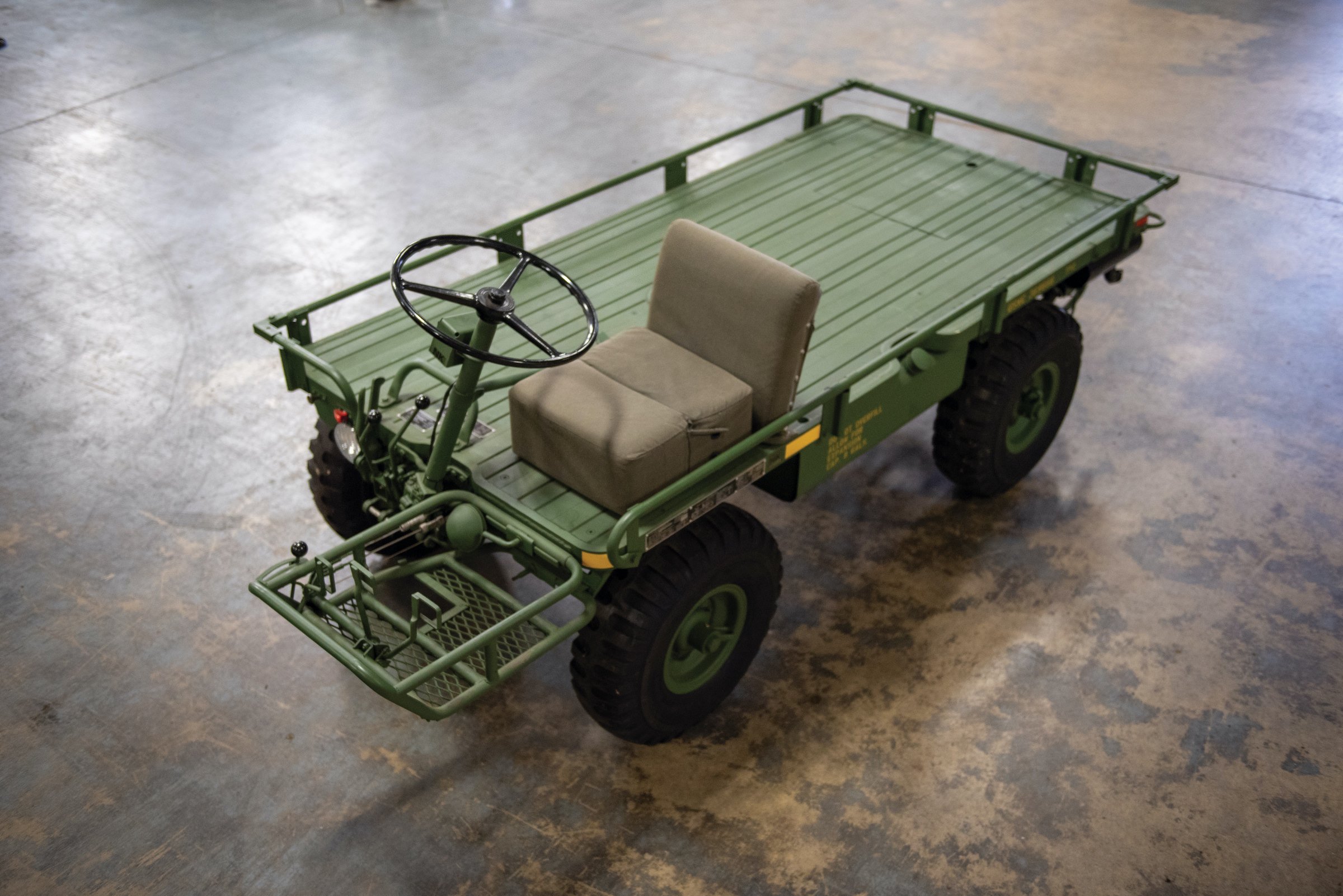