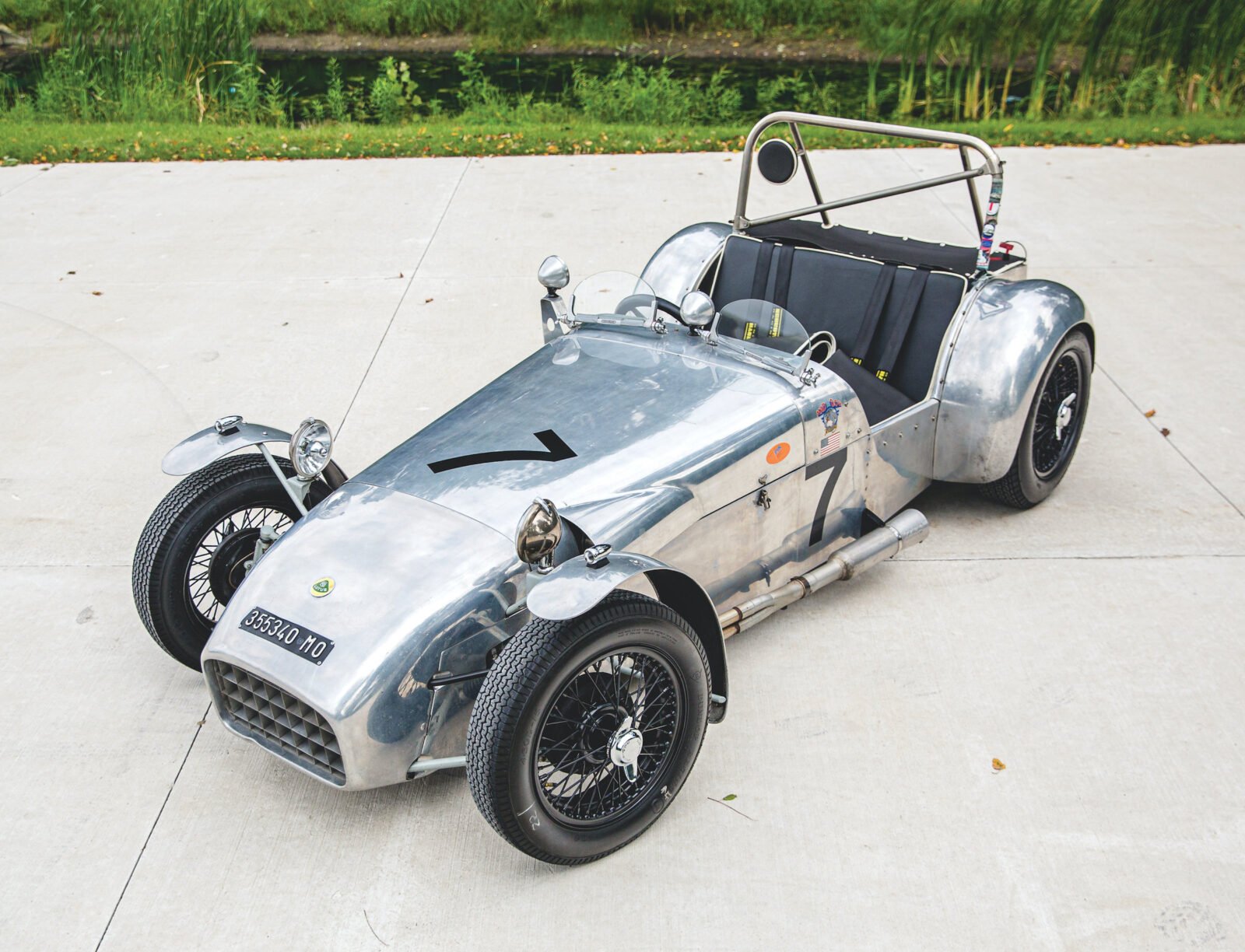 No article about the Lotus 7 can be written without mentioning the clever way in which Colin Chapman and his team at Lotus got around British tax law. You see, there was a not inconsiderable tax on all new cars in the United Kingdom at the time however it didn’t apply to CKD cars (Completely Knocked Down), or kit cars as many would call them today.

The caveat was that when selling CKD cars you weren’t permitted to include assembly instructions. Lotus got around this catch by selling each kit with a complete and illustrated set of disassembly instructions which people would then follow in reverse to build their car.

The Lotus 7A Series 1 is a car that helped launch Lotus into what it is today, not to mention the automaker Caterham and the slew of replica kit cars inspired by the minimalist Colin Chapman-designed 7. Chapman started out by building what was essentially a custom Austin 7 but he quickly branched out into designing and building his own cars for both on and off-road racing. 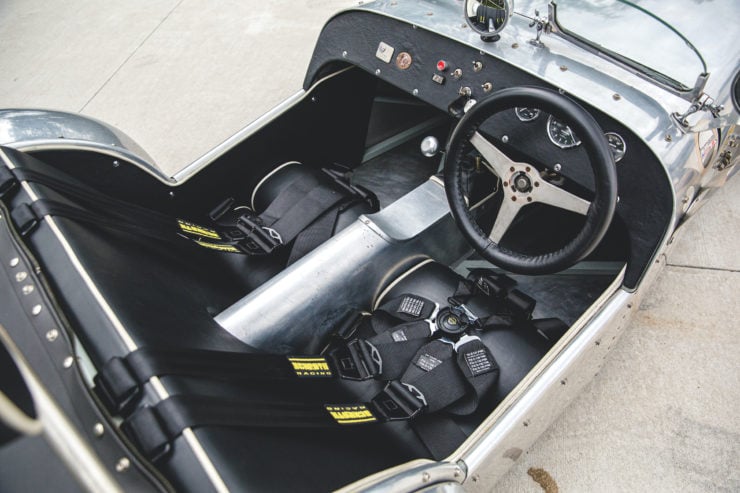 Lotus cars have all been united by a few distinct features: they typically weigh very little, they often have smaller engines, and they frequently have unusual looks. Be it the 7, the Europa, the Esprit, or the Elise, a Lotus is a car that turns heads as it drives down main street.

It isn’t widely known that the Lotus 7 has its roots in classic trials, a formerly popular form of motorsports which included an event where a car or motorcycle starts from the bottom of a hill and attempts to drive up the unpaved road to the top without stopping. In order to be successful you needed a strong chassis, a low curb weight, and excellent suspension – all features that would influence every car that Chapman would ever build.

The car you see here is one of the very earliest production Lotus 7s, it’s a Series 1 7A – 1 of just 243 that were built before the model began its long evolutionary process. As far as automotive archeology goes, this is a highly significant car that was a precursor to all of Lotus’s later success and their seven Formula 1 Constructors’ Championships, six Drivers’ Championships, and 74 Formula 1 victories.

The Lotus 7A has a steel spaceframe chassis with stressed aluminum panels, suspension is by double wishbones up front and a live axle on coil springs in the rear, and power is provided by a front mounted, four-cylinder Ford engine. Almost all of the suspension and braking elements were sourced from British production cars of the time, as was the engine, gearbox, and countless other parts.

The simple little Lotus 7 would prove formidable on race tracks around Britain and around the world, it had been developed to be a simple car that an average person could build, which they could drive to the race track, race all day, and then drive home at the end. Caterham was one of Lotus’ biggest British dealers in the 1970s and when Lotus decided to drop the 7 from their production line Caterham bought the rights and kept the model in production.

Today well over 60 years after the humble Lotus 7 was introduced you can still buy one, albeit a modern version that now wears a Caterham badge.

The exceedingly rare Lotus 7A Series 1 you see here is coming up for sale with RM Sotheby’s, no one knows how many of the original 243 cars have survived so we expect this one to attract significant attention. The car is being offered with no reserve price and you can click here if you’d like to read more about it or register to bid. 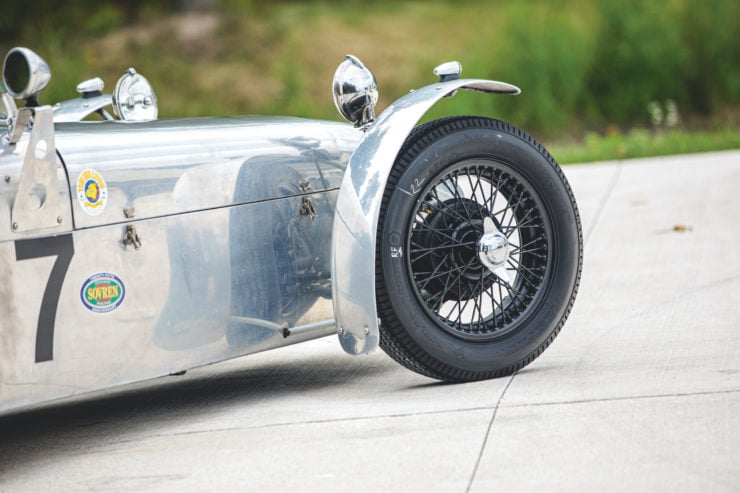 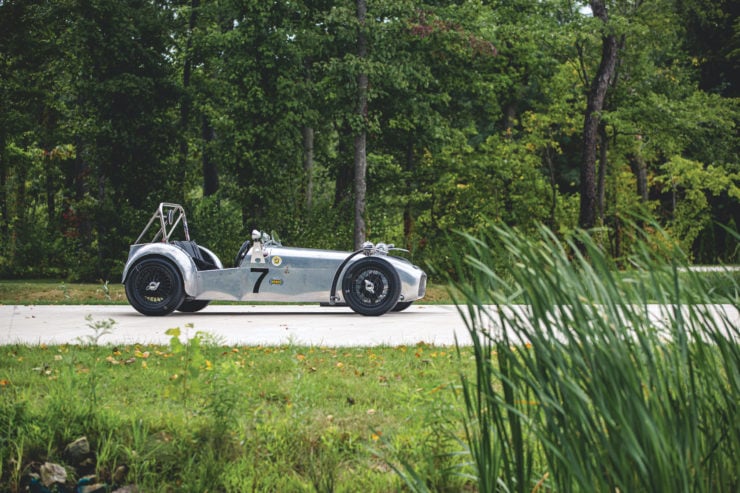 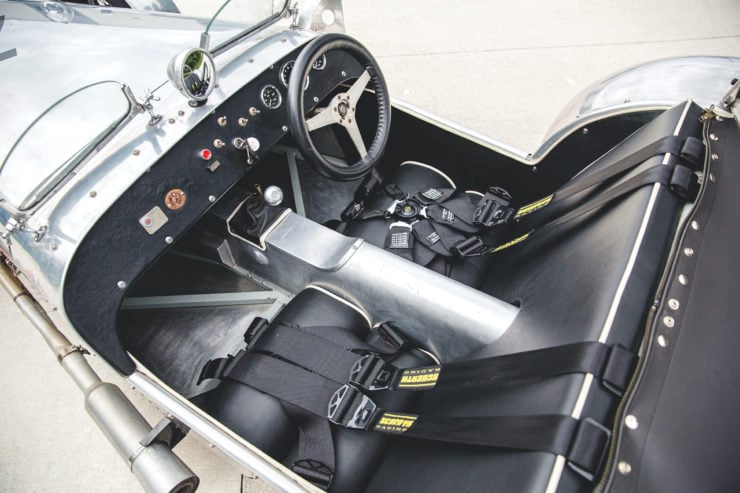 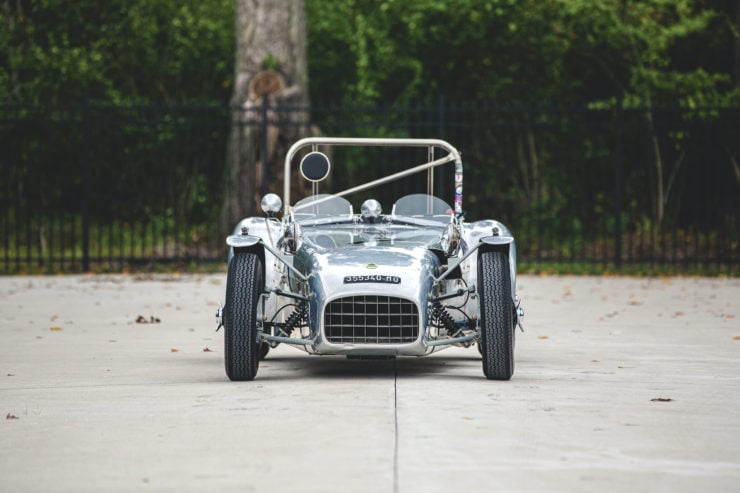 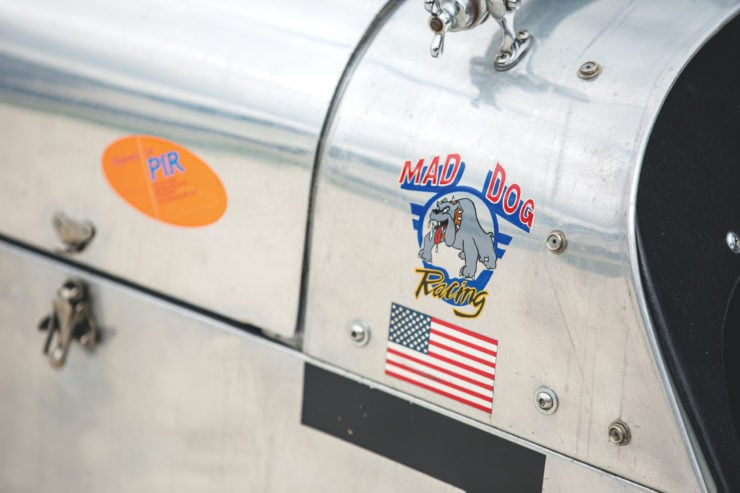 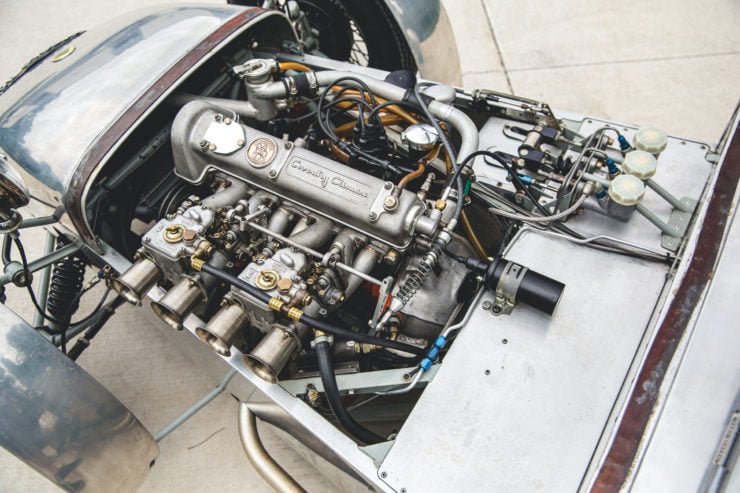 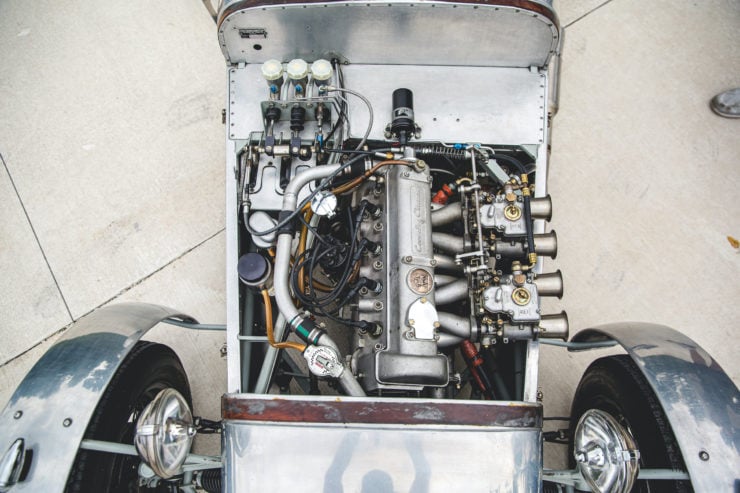 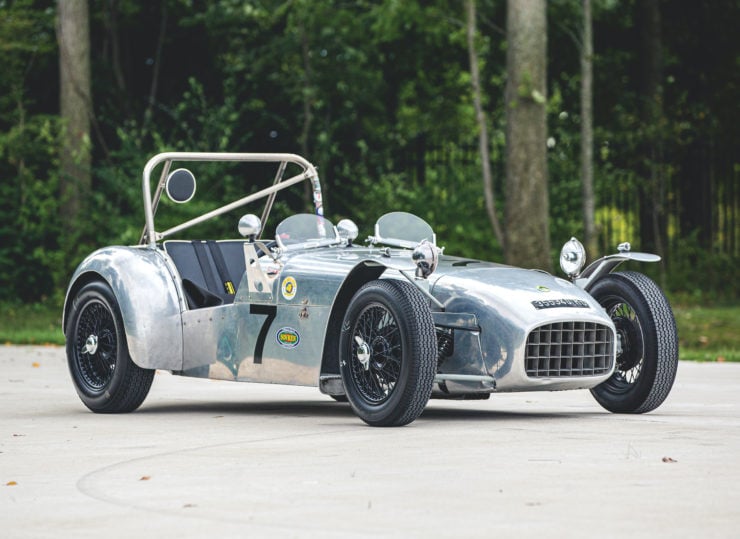 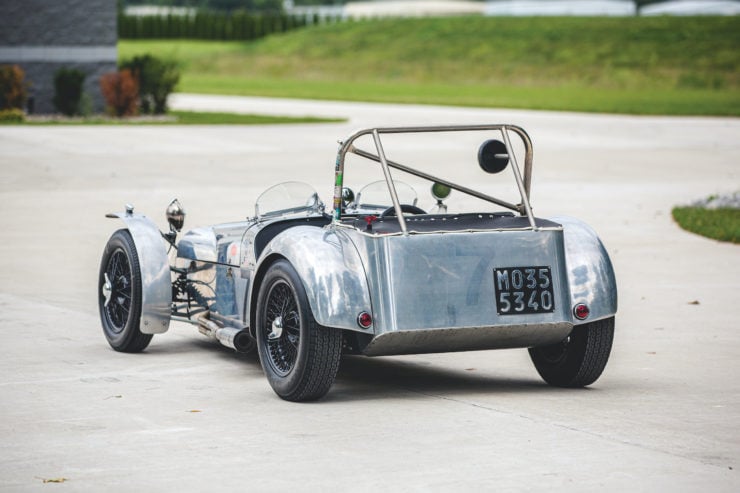 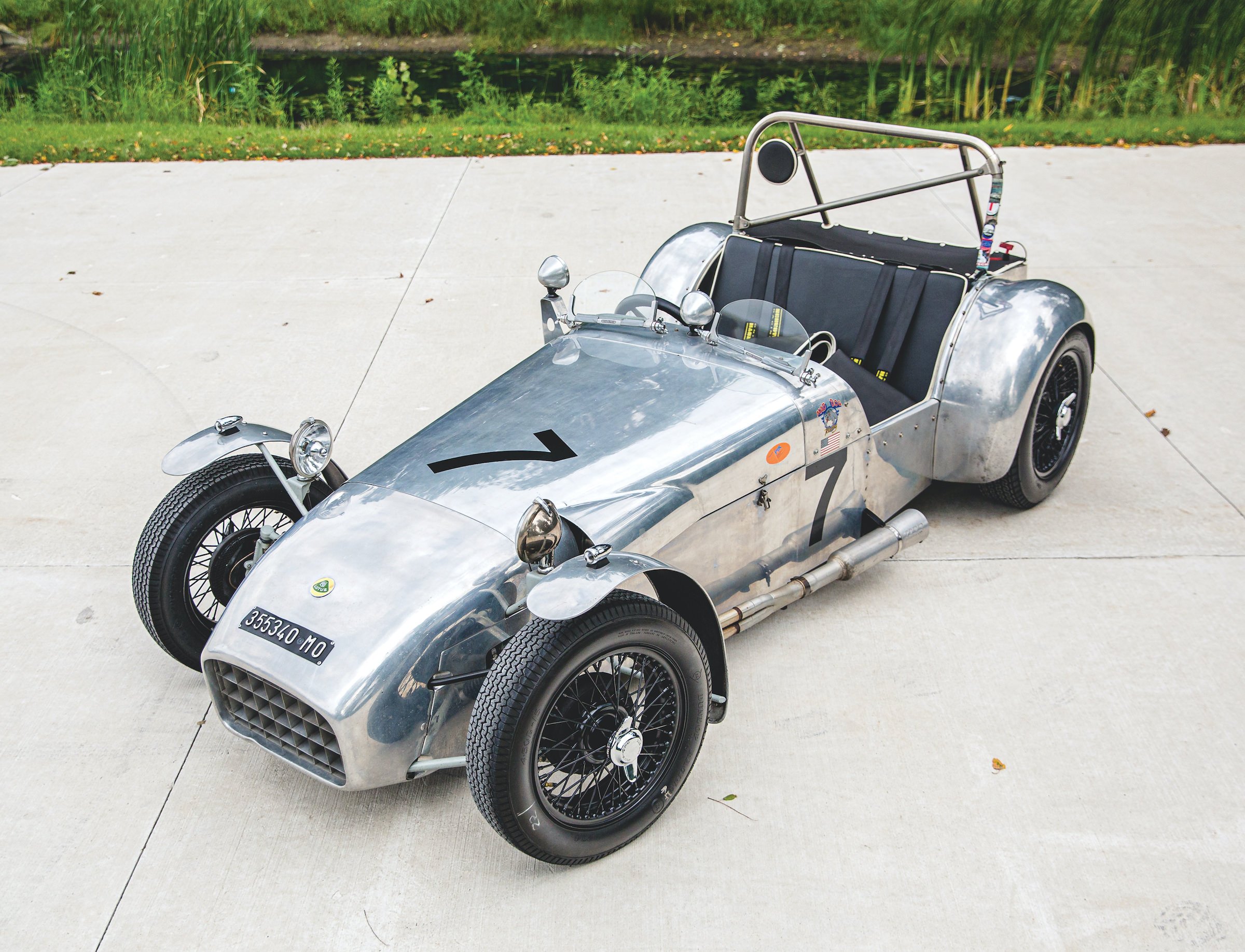