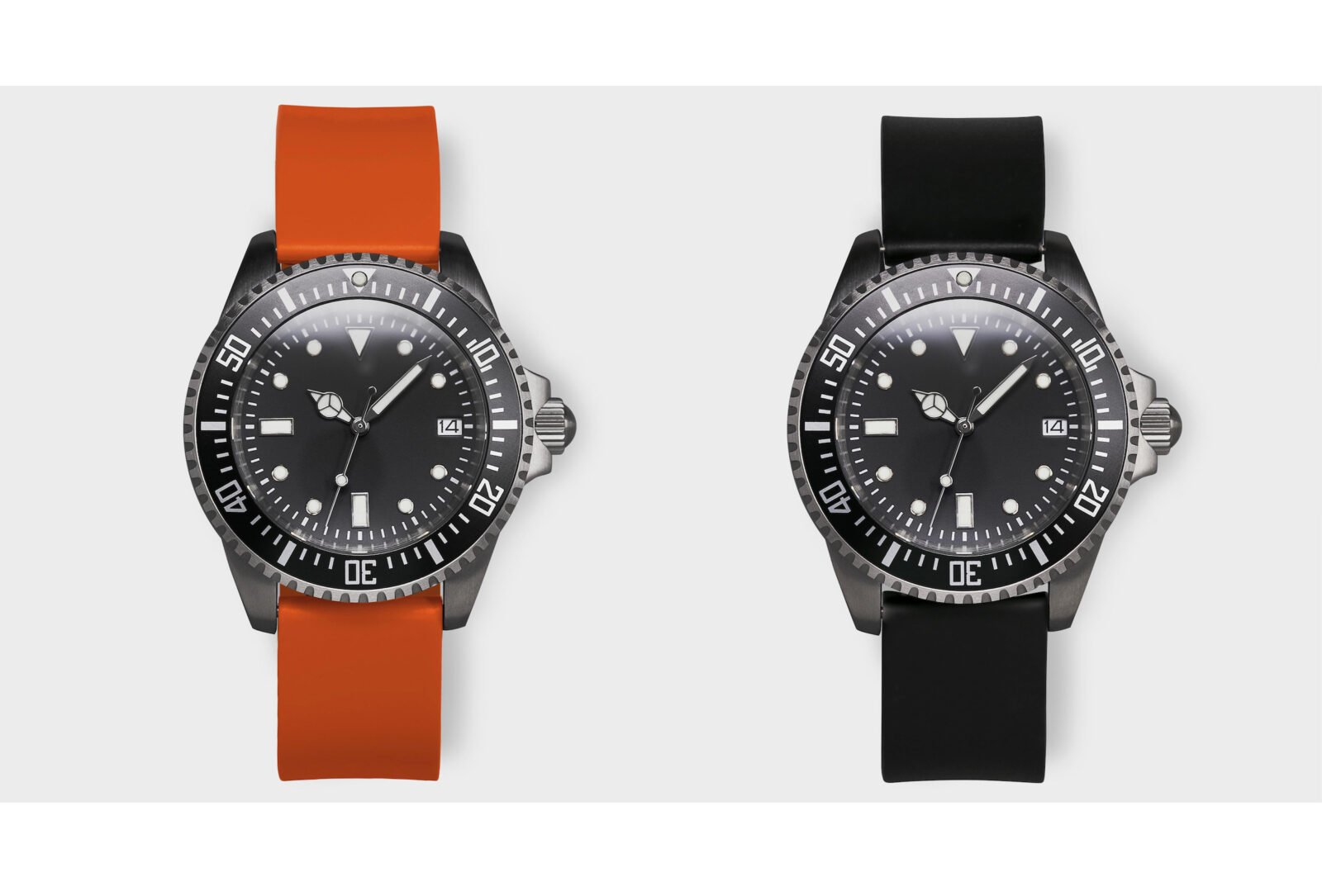 When the team at Rotate North decided to make a watch they chose to start with one of the most resilient types possible – the dive watch. Although dive watches typically have a more minimalist face for easy legibility in darker, deeper water they have to be engineered to be tough and exceedingly reliable. People’s lives can and do depend on them telling time correctly after all.

As a new company they decided to work with a watchmaking team in Germany, the same team who make small-batch productions of field-issue watches for the emergency service teams across Northern Europe. It’s this team who do final assembly of the German, Swiss, and Italian components to create each watch to Rotate North’s specifications.

Each Atlantic dive watch is powered by the highly-regarded Seiko NH35A movement, an automatic mechanical calibre with 24 jewels, 21,600bph, a 41 hour power reserve, and bBi-directional self winding via rotor, with manual winding also built in. It offers hours, minutes, seconds, and a calendar function. 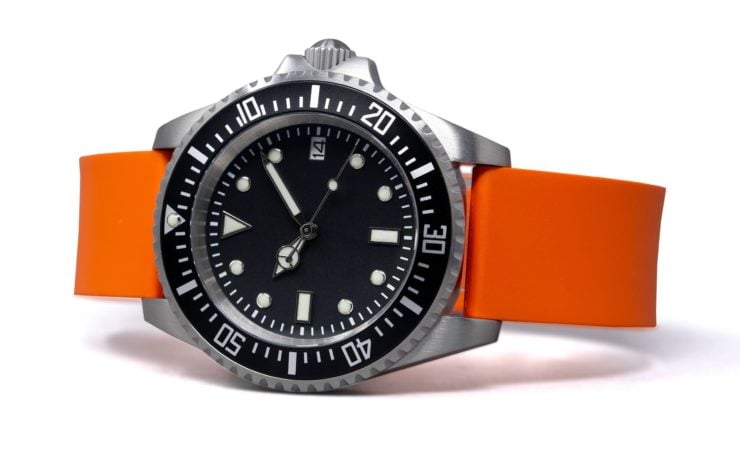 Lug to lug the watch measures in at 49.2 mm with a 20 mm strap width, and a width of 40.8 mm (excluding crown) vs 46.2 mm (including crown). The case and case back are made from 316L stainless steel and it’s topped with a hardened mineral crystal. The Atlantic is waterproof to 300 metres or 1,000 feet, it has a unidirectional rotating bezel, and it has a sustainable rubber strap made in Veneto, Northern Italy.

Rotate North offer the Atlantic with a variety of strap color options including black, orange, blue, green, and grey. The MSRP is an unusually affordable $346 USD, not a price point we’re used to seeing for automatic watches.

The company does now sell two other watch designs as well named “Turbulence” and “Terrain” with functionality that corresponds to their names, and there are also a series of additional straps available. 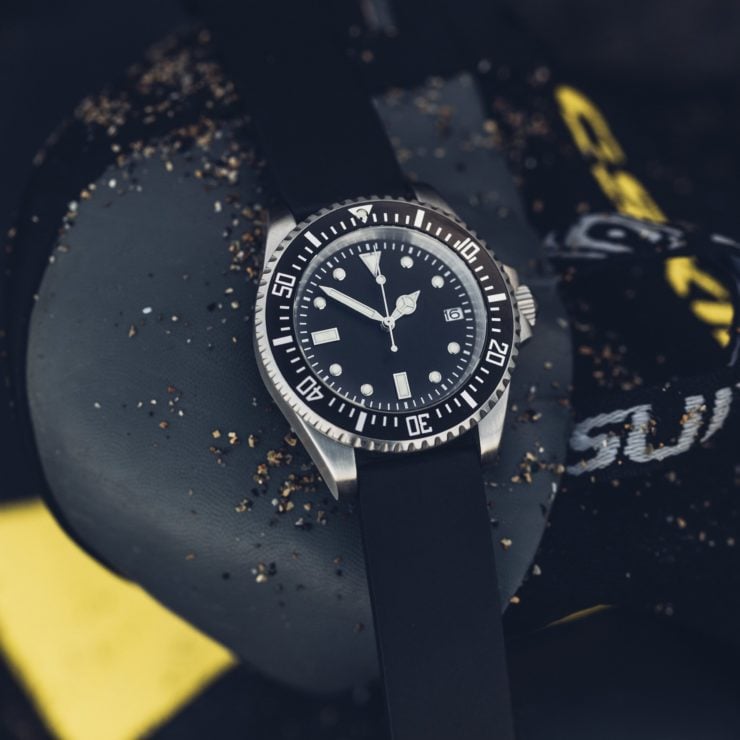 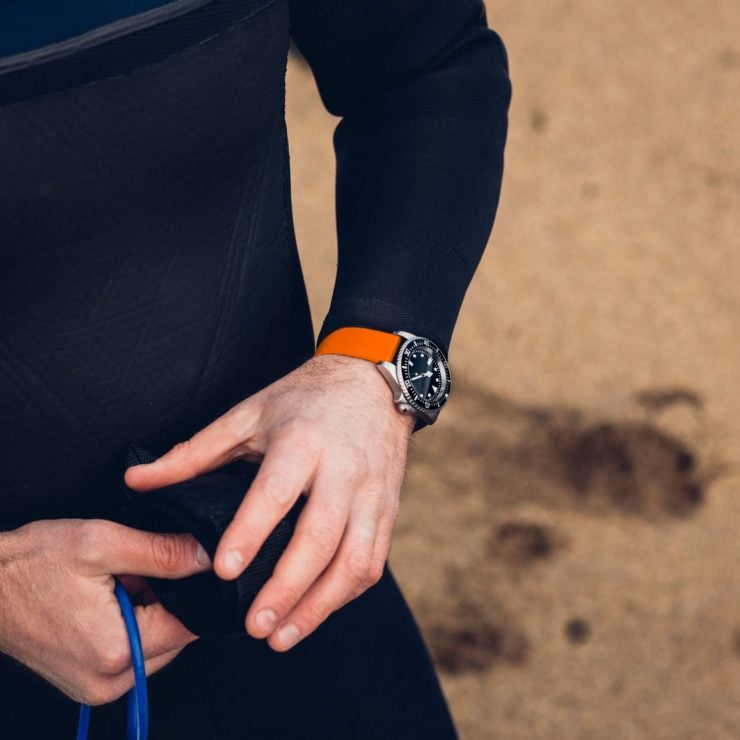 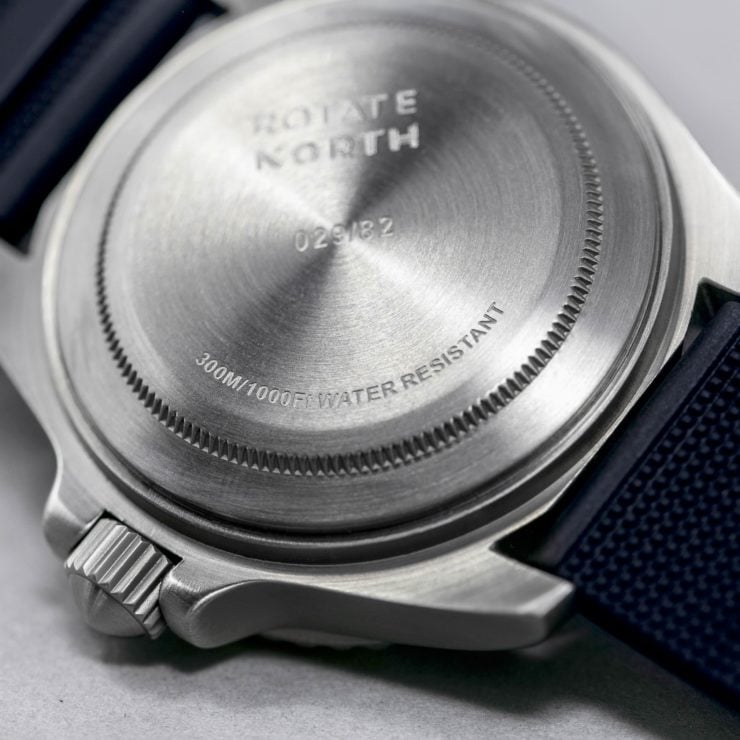 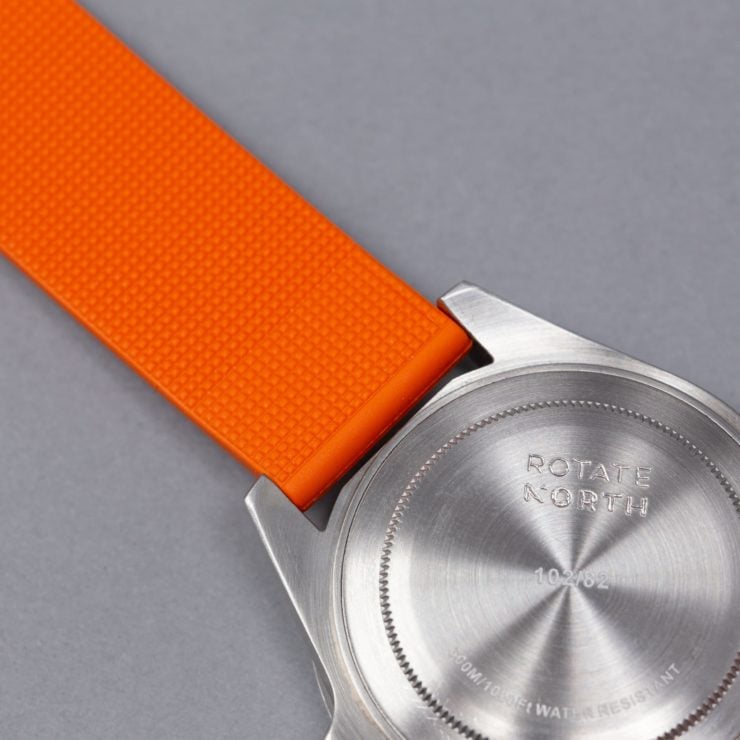 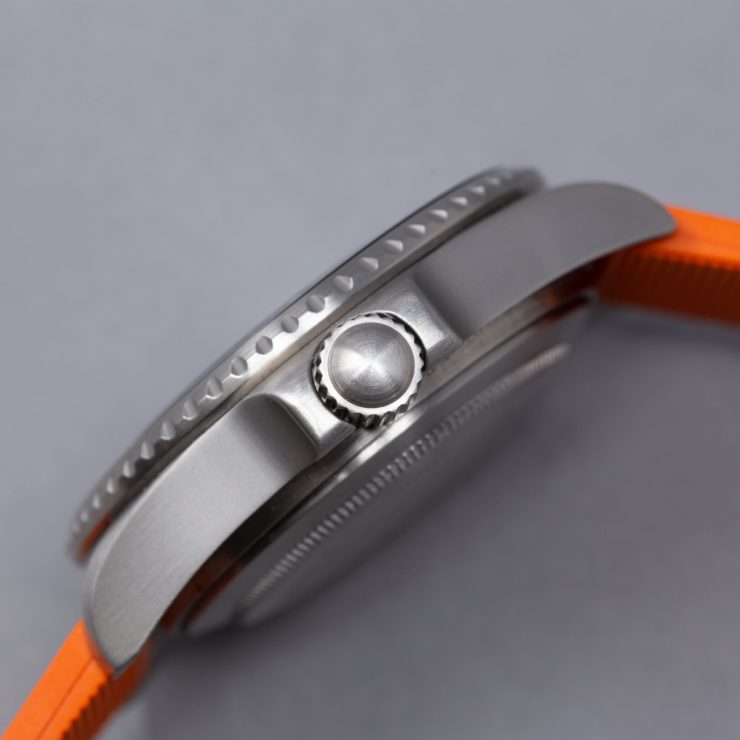 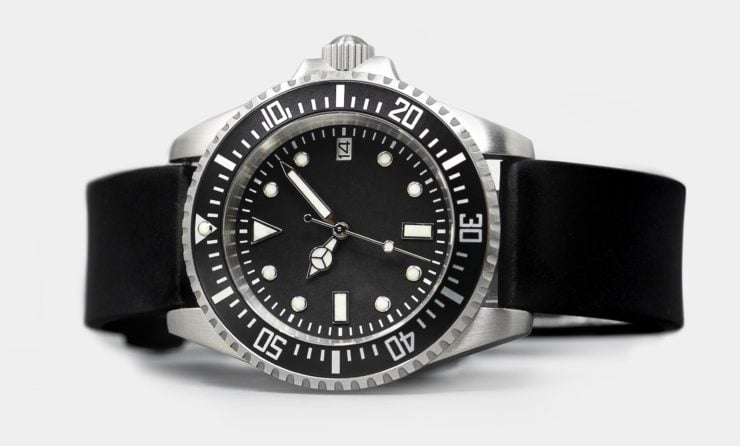 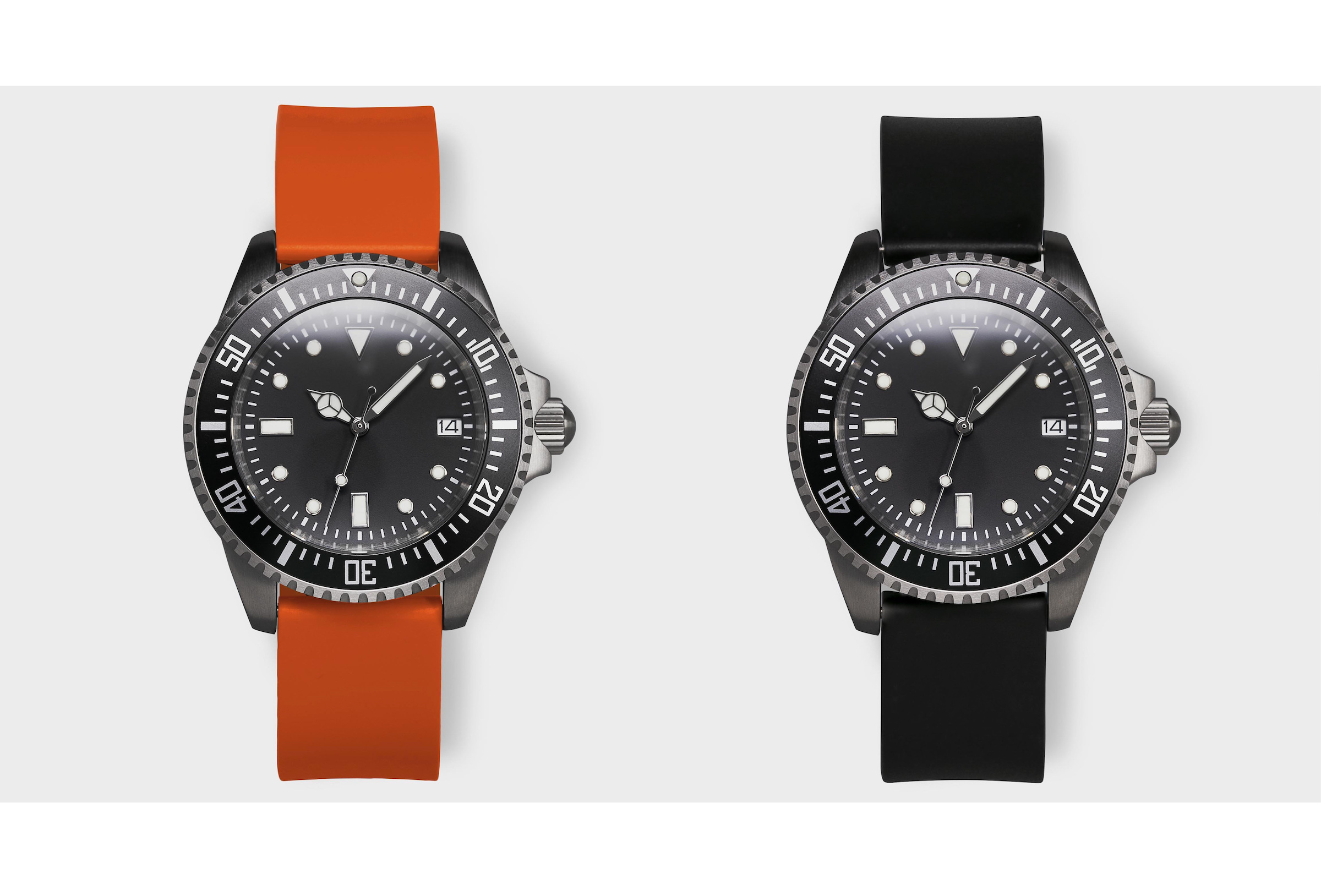