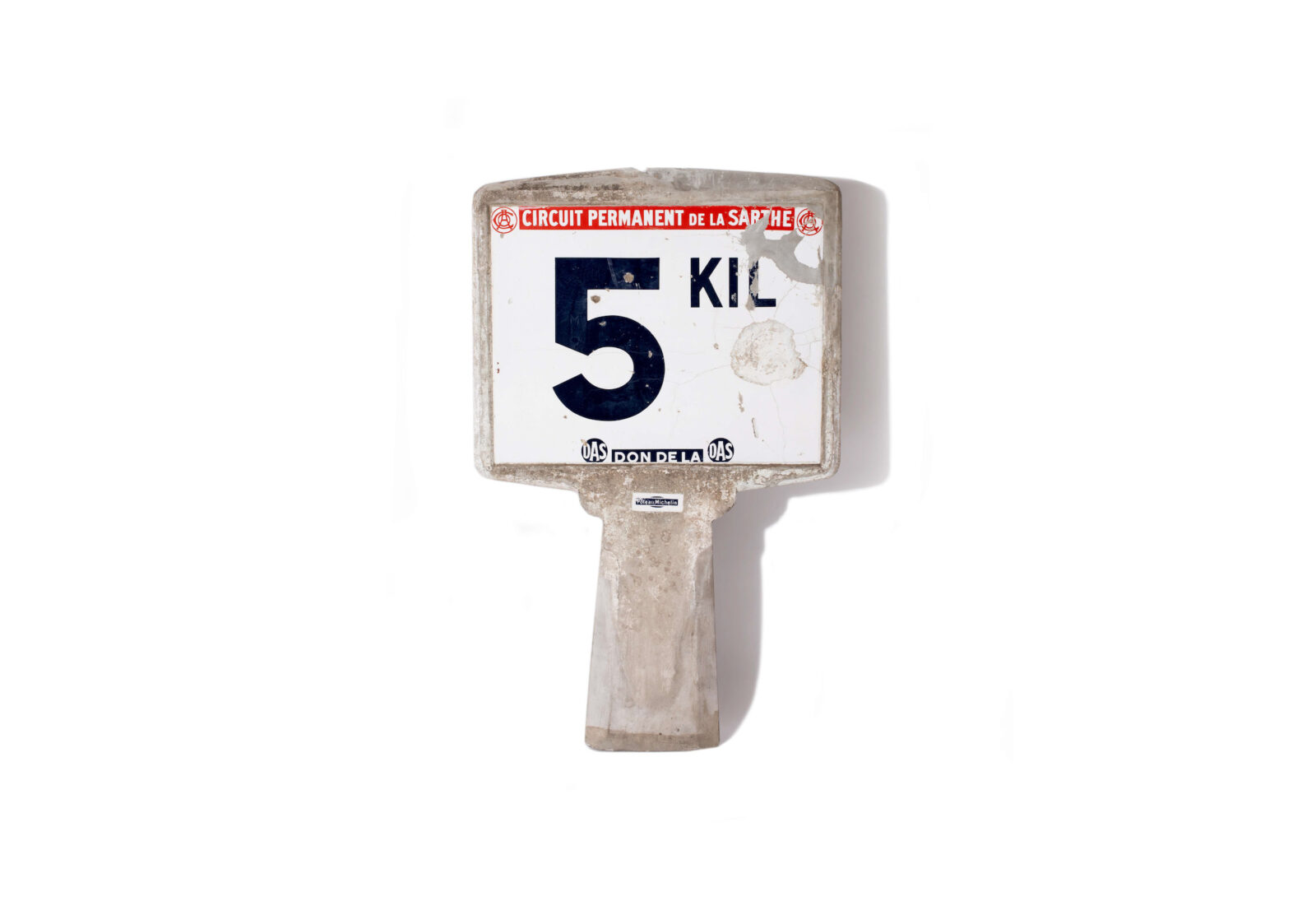 The 24 Hours of Le Mans is the world’s most famous endurance race, it’s held at the Circuit de la Sarthe just outside the town of Le Mans in north west France. The race has been held annually except for 1936 due to strikes in France, followed by a hiatus from 1939 till 1949 while everyone was busy beating Hitler.

This mile marker, or kilometer marker in this case, was created specifically for the Circuit de la Sarthe and fitted at the 5 kilometre mark in 1930. This was the year Woolf Barnato and Glen Kidston drove their 6.6 litre Bentley Speed Six to victory, followed by fellow Bentley drivers Frank Clement and Dick Watney.

The marker is made from moulded concrete with a white enamel face, it was installed at its rightful place on the legendary Mulsanne Straight (Ligne Droite des Hunaudières in French), and today it remains one of the few original markers in private hands.

If you’d like to add it to your bookshelf it’s estimated that it’ll sell for between €8,500 and €12,000 when it sells with Artcurial on the 7th of July at the Le Mans Classic sale. If you’d like to read more or register to bid you can click here to visit the listing. 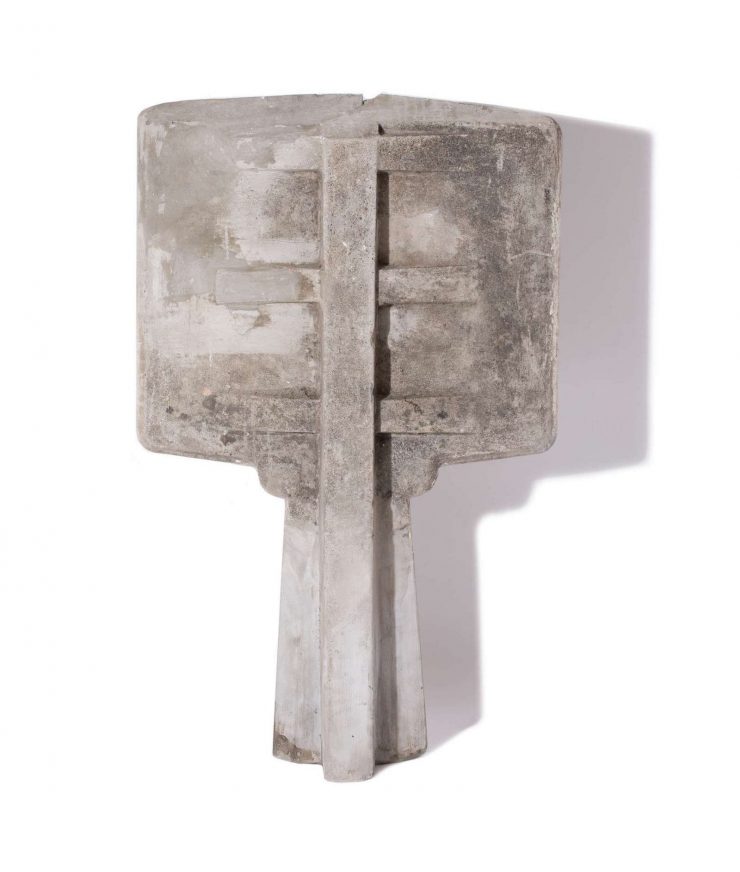 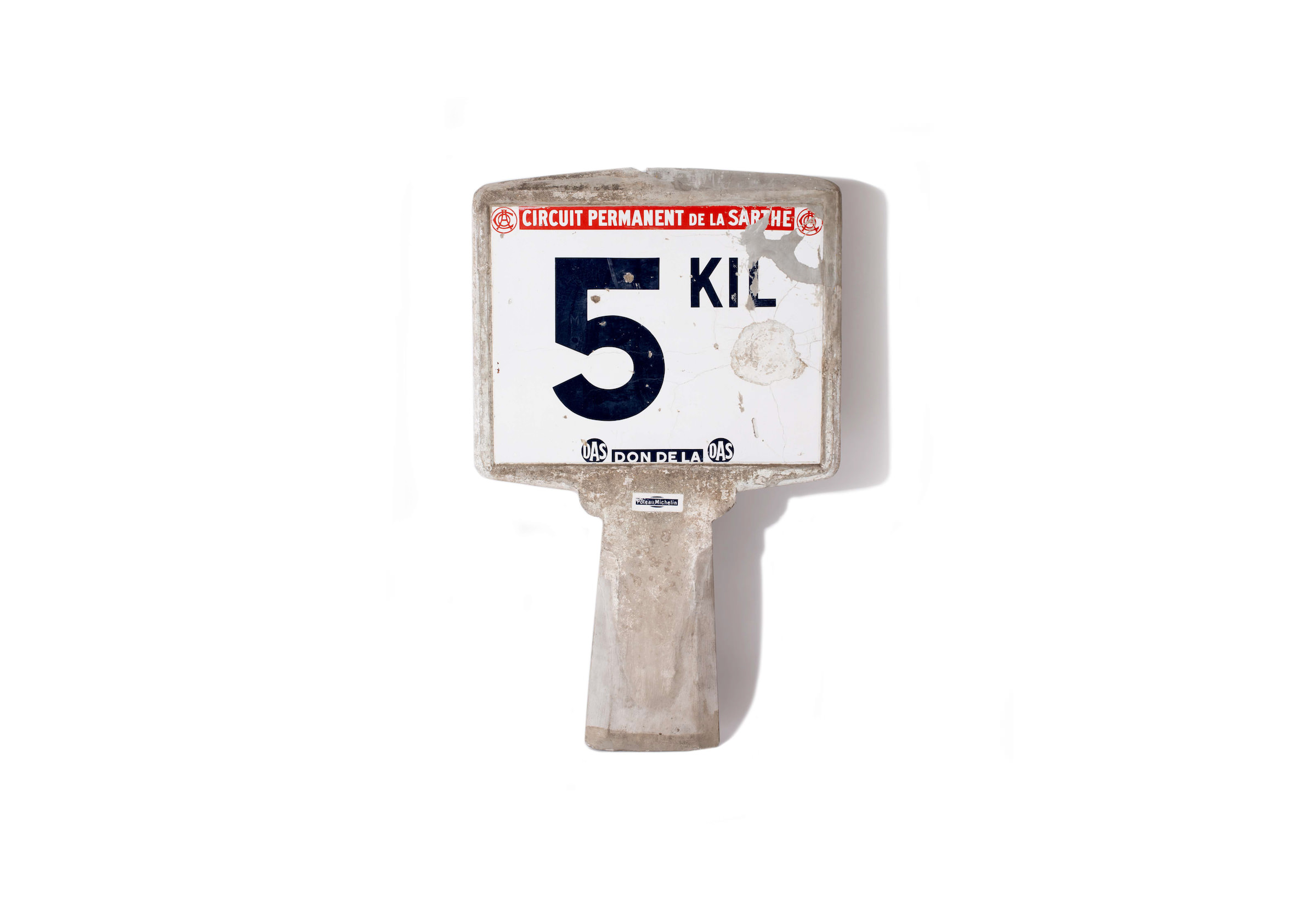