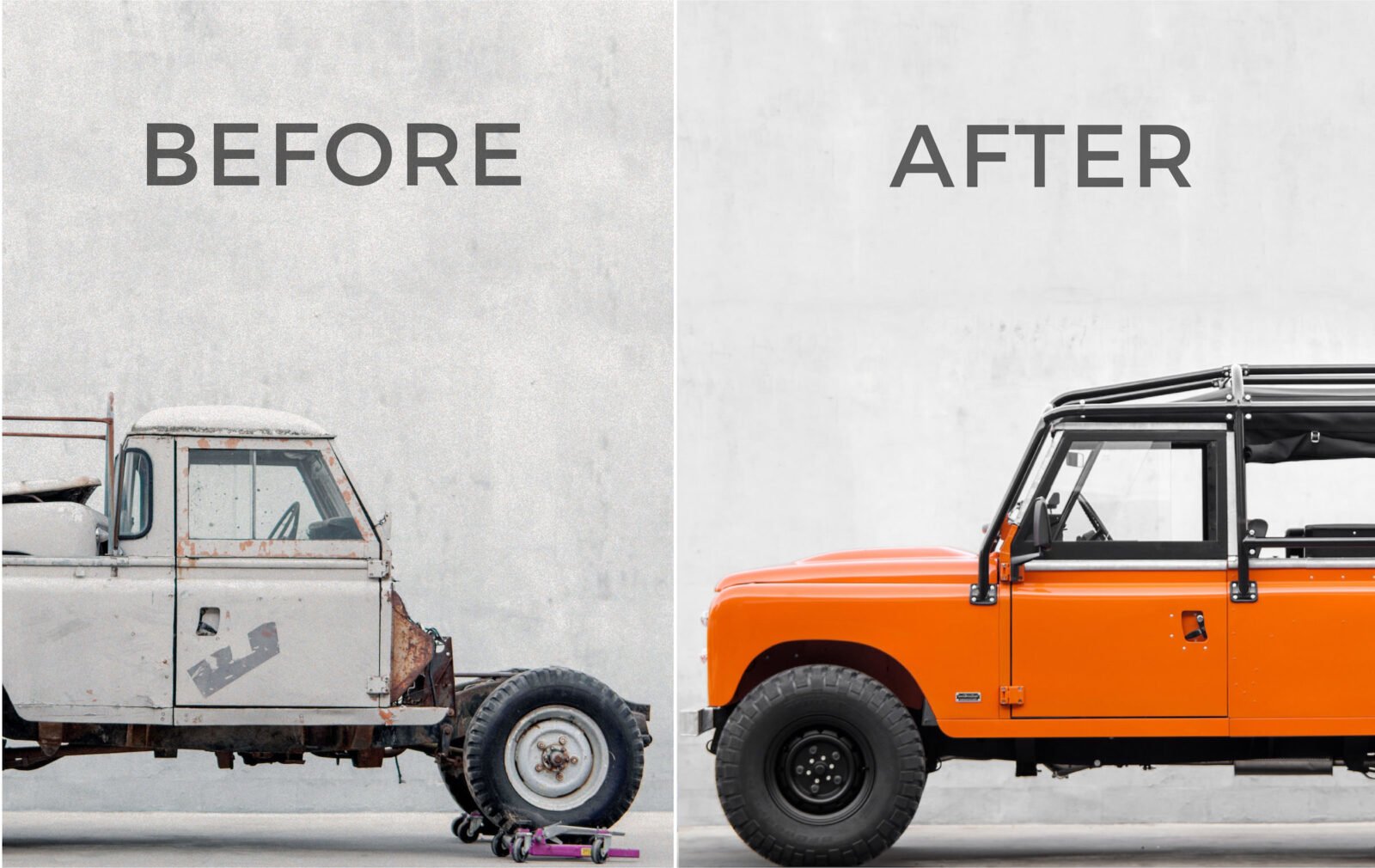 The bright orange Land Rover Stage 1 V8 you see here was rescued from junkyard status by Ricardo and the team at Cool N’ Vintage, a Portuguese garage that’s become famous for saving and restoring Land Rovers to better-than-new condition.

The Land Rover Stage 1 V8 is a prized favorite among the Land Rover cognoscenti, it represents a turning point for the beloved British 4×4 marque in the shape of a £200 million government investment in the late 1970s to develop new products that were more modern and more desirable.

Part of that £200 million generously sent to Solihull by Thatcher was spent taking the Land Rover Series 3 and dropped the Rover V8 from the Range Rover into it – creating a vehicle with far more power than the brakes or suspension should ever have had to deal with, but people loved it. 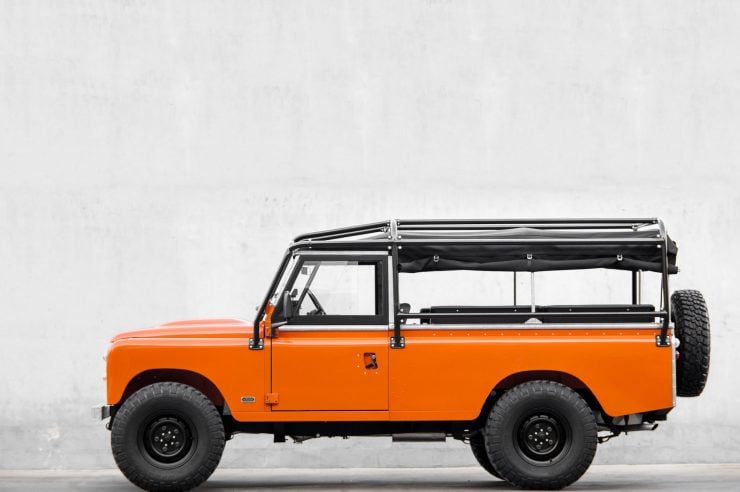 The all-alloy Range Rover V8 was de-tuned to 91 bhp from its original 135 bhp, this lower horsepower version originally developed for the unusual Land Rover Forward Control. The V8 was mated to the LT95 manual gearbox, a simple bolt-up affair as this was the same gearbox used in the Range Rover Classic.

Almost all the Stage 1 V8s were built on long wheelbase Land Rover Series 3 chassis, though 24 were built on the short wheelbase chassis – these are now hugely collectible.

The Stage 1 V8 would go on to become the mighty Land Rover Defender – a vehicle so venerated it seems to be living on quite happily despite the production line being shut down. Land Rover keeps bringing it back for one last hurrah due to public pressure and there are now numerous specialists around the world restoring Defenders to new and improved condition. 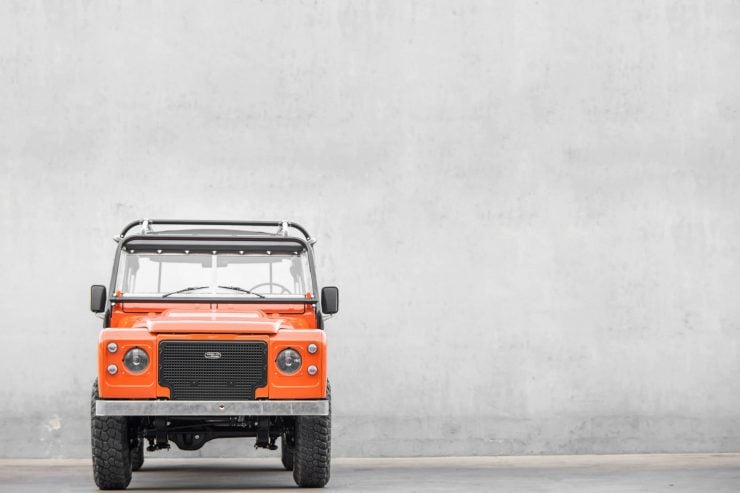 The Stage 1 V8 you see here spent most of his life as a fire truck, it ended up in dilapidated condition for many years before being bought with two of its fellow Land Rover firetrucks by the team at Cool N’ Vintage. Bravely, they bought all three online without seeing them in person, and had them shipped to their workshop in Portugal.

As you can see from the before image below, the rebuild was extensive. No part or panel escaped close attention, the chassis was stripped and repainted, the body required countless new panels and a thorough restoration of the surviving originals – all were finished in bright fire orange as an homage to the fire truck it once was.

Ricardo had initially planned to use this Land Rover as his own personal vehicle for the summer in Biarritz so rather than fitting an original 3.5 liter Rover V8 he decided to go all-out and install a 4.0 liter variant of the same engine with Edelbrock carburetors, high-flow exhaust headers, and approximately 200 bhp on tap – over double the original V8.

New suspension was fitted, along with rebuilt brakes and new shock absorbers, and a full external roll cage was added to make it suitable for beach use. The plan was to use the Stage 1 for seeking out beach brakes along the French coast so the full roll cage doubles as an excellent board rack, and the tray back is just the right length for sleeping.

The total rebuild took 1,300 hours to finish, it typically takes 1,000 hours but due to the condition of the vehicle when starting this one required just that little bit more work. It’s now for sale if you’re interested in taking it home, you can click here to visit the listing on Cool N’ Vintage. 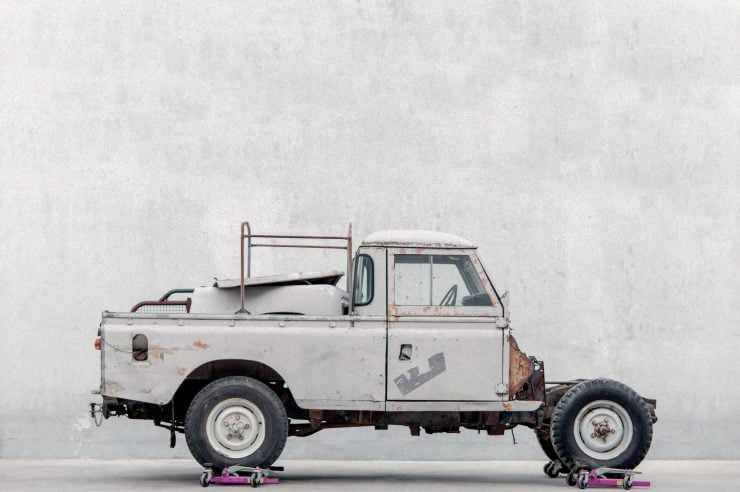 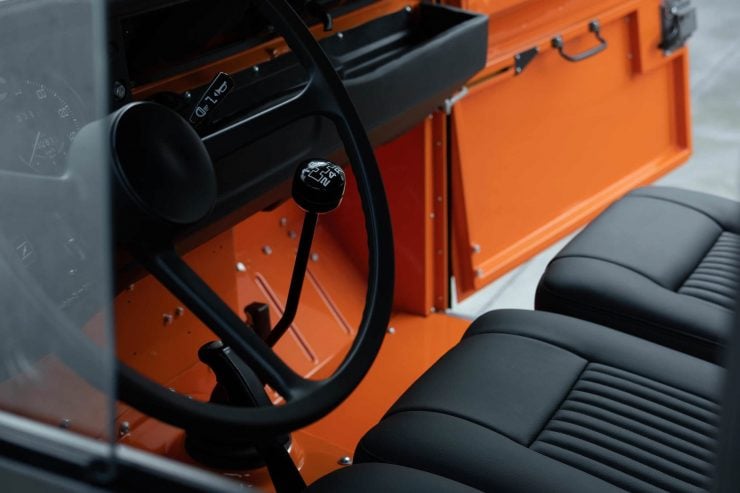 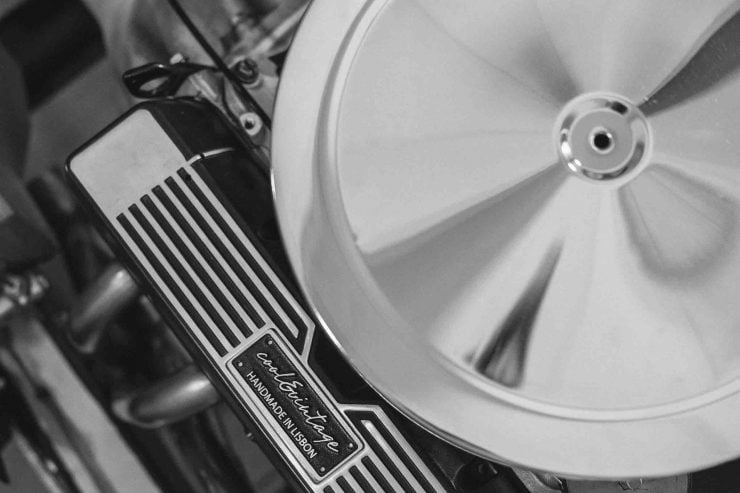 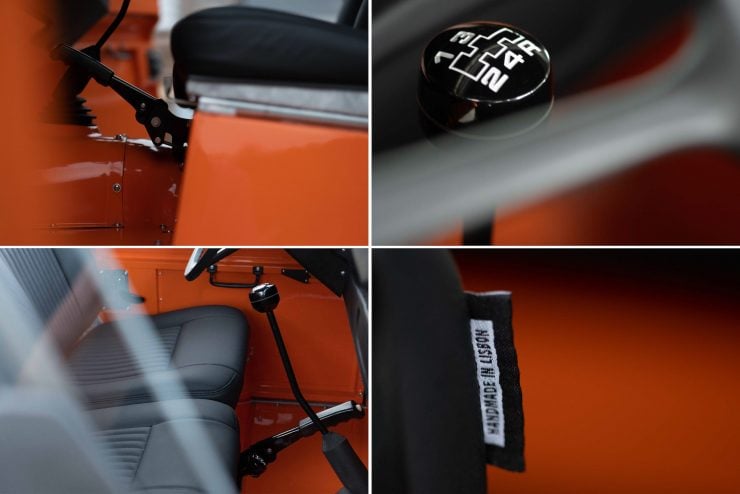 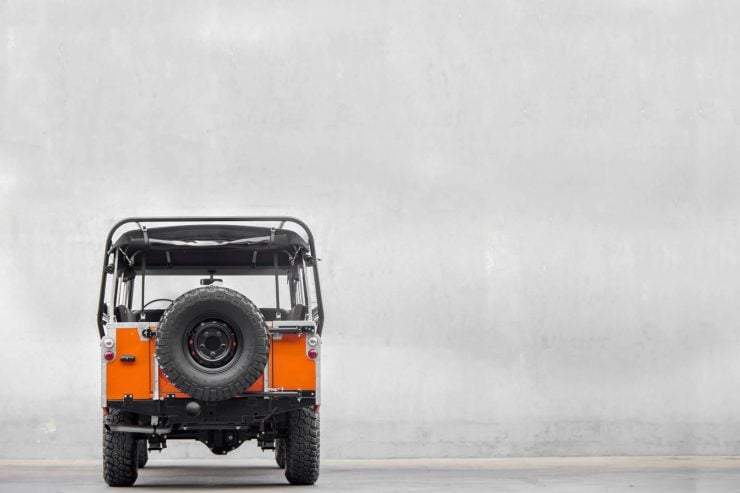 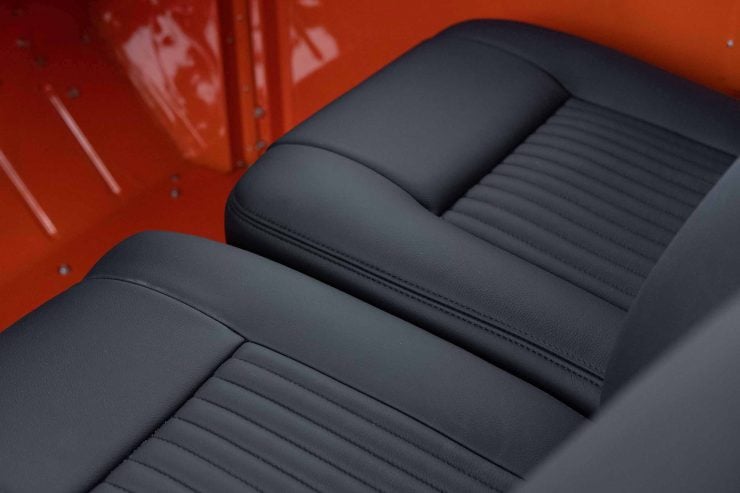 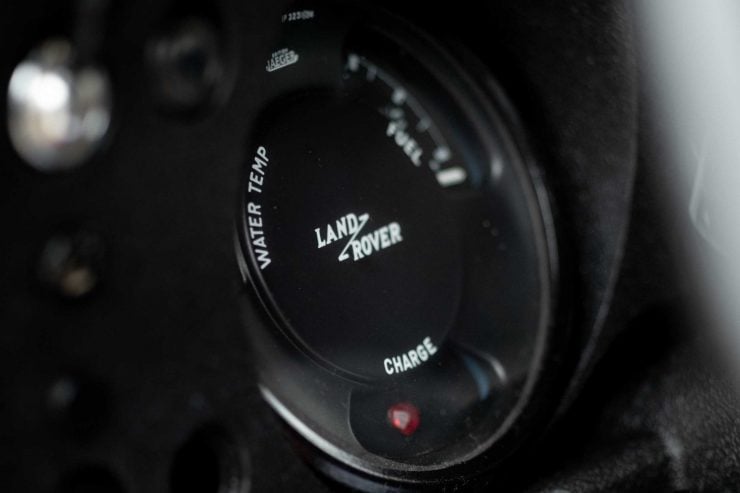 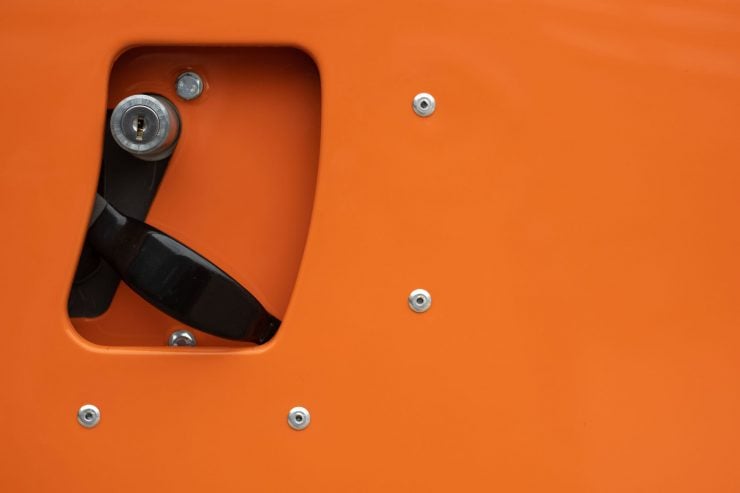 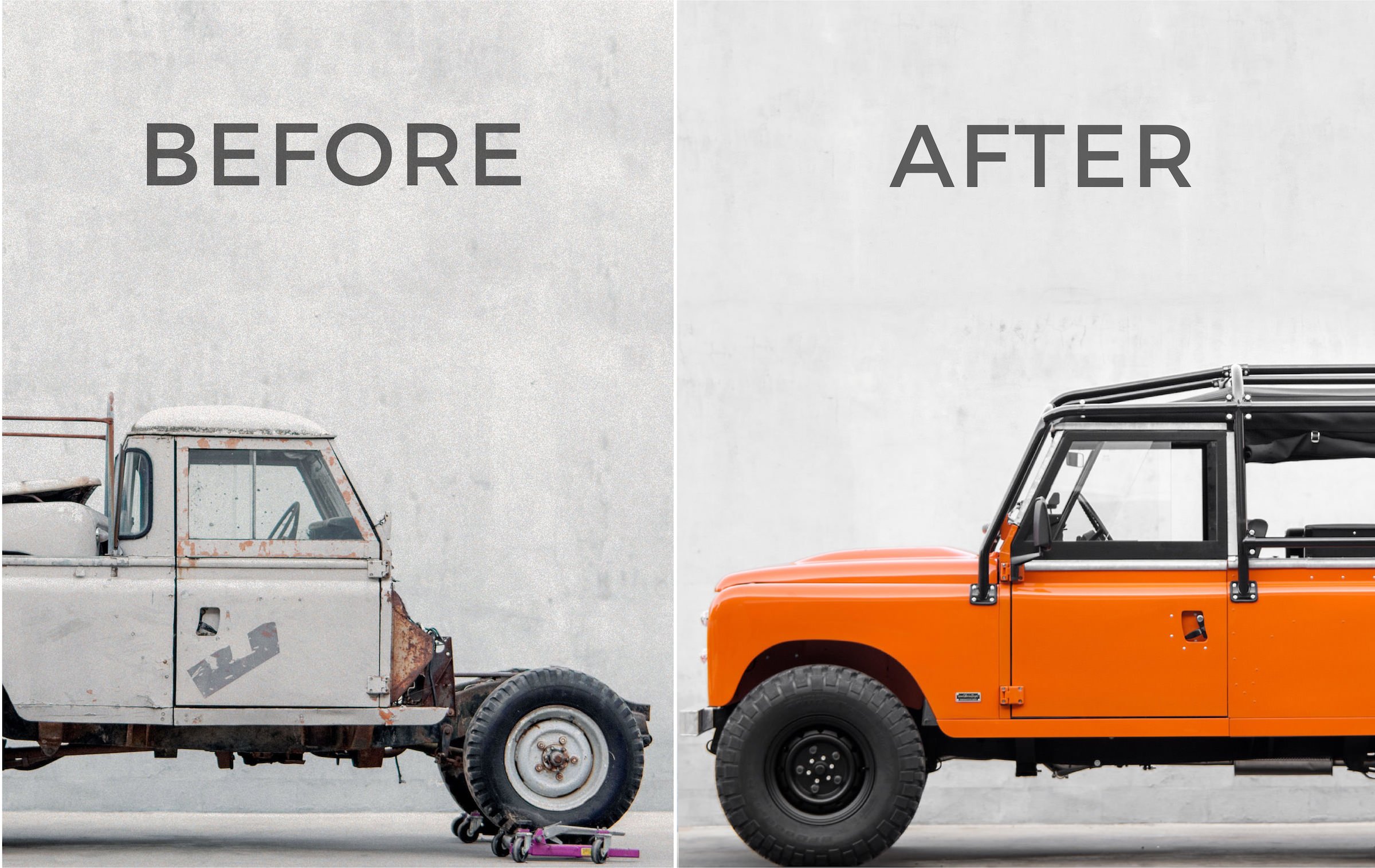