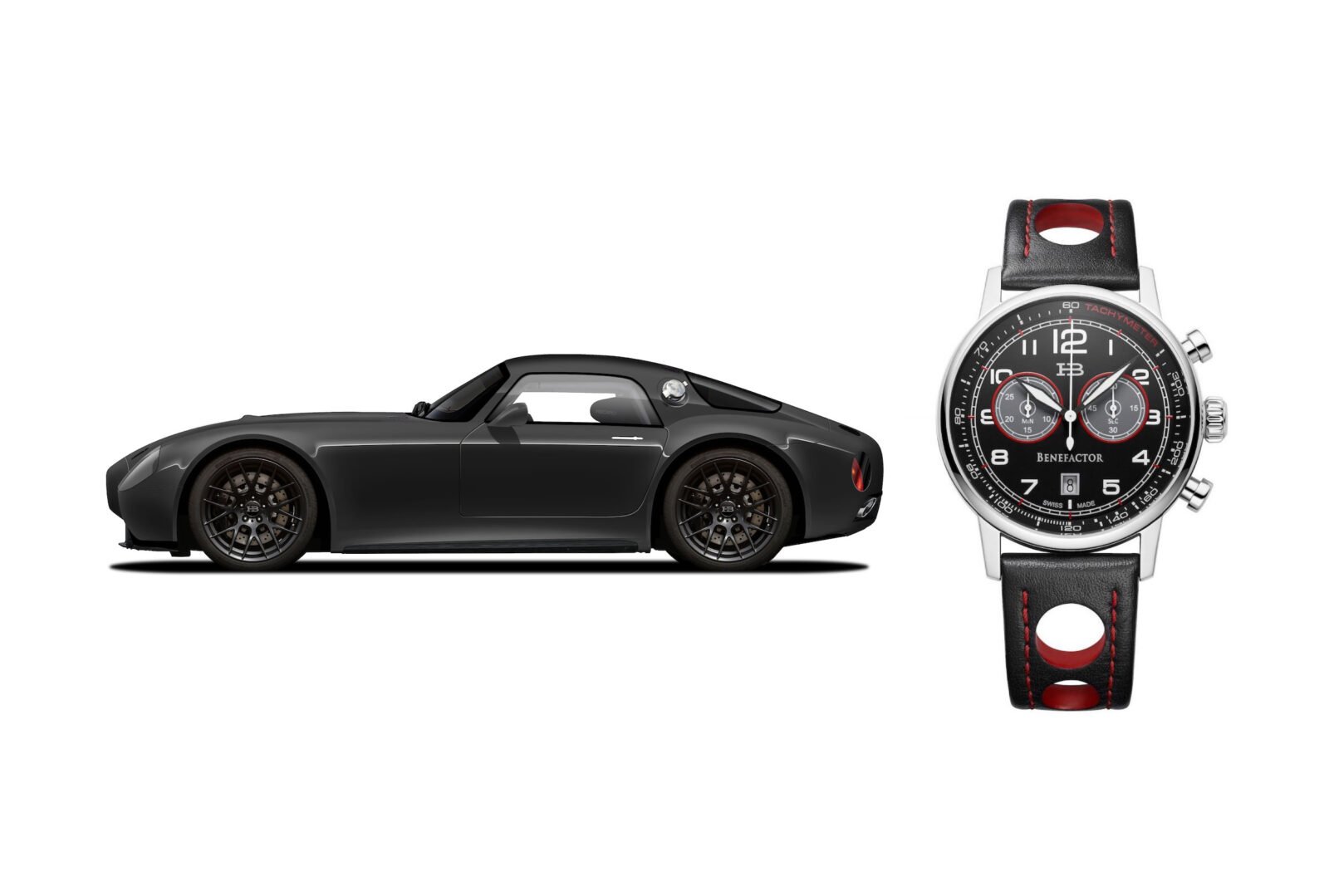 The Huet Brothers HB Benefactor is a Swiss made watch with a very special mission – to generate funding for one of the most exciting low-volume sports cars in the world – the HB Coupe.

For the past 20+ years the Huet Brothers have made a name for themselves restoring Alfa Romeos, Porsches, Maseratis, and countless Bugattis. Back in 2007 they decided to set out to fulfill a lifelong dream – the dream of designing and building their own car from the ground up.

This car was called the HB Special, a bespoke sports car with a carbon fiber body, built using a drivetrain from a donor vehicle. Each HB Special was a one off car, and demand was such that plans were made to create a proper production car using the same fundamentals.

The research and development of the new HB Coupe included funding from both the Huet Brothers and from passionate investors. Once this process was completed they had a car ready to proceed to the next stage of regulatory clearance and full production – but more capital was required to cross these last two hurdles.

Rather than make the rounds with their hat out asking for help the Huet Brothers set to work designing an all-new Swiss made watch that would be affordable to all, and would help raise funds to get the HB Coupe on the road.

The new Huet Brothers HB Benefactor watch was designed with both 40mm and a 42.5mm case sizes to suit both larger and smaller wrists, it’s powered by an almost bullet-proof Swiss-made Ronda Movement (caliber 5021.D.0001) a gold-plated, 10 jewel quartz movement with a 4.5 year battery life.

The crystal is double domed and sourced from Stettler Sapphire in Switzerland, the case is 316L stainless steel, and the dial has luminous numbers paired with luminous hour and minute hands. The waterproof leather rally strap is made by Hirsch in Austria, and the watch itself is waterproof to 100 meters.

Each watch is hand-numbered and each purchaser has their name permanently recorded in the HB Benefactor Ledger – allowing them to move to the front of the queue should they ever decide to order themselves an HB Coupe to match their watch. 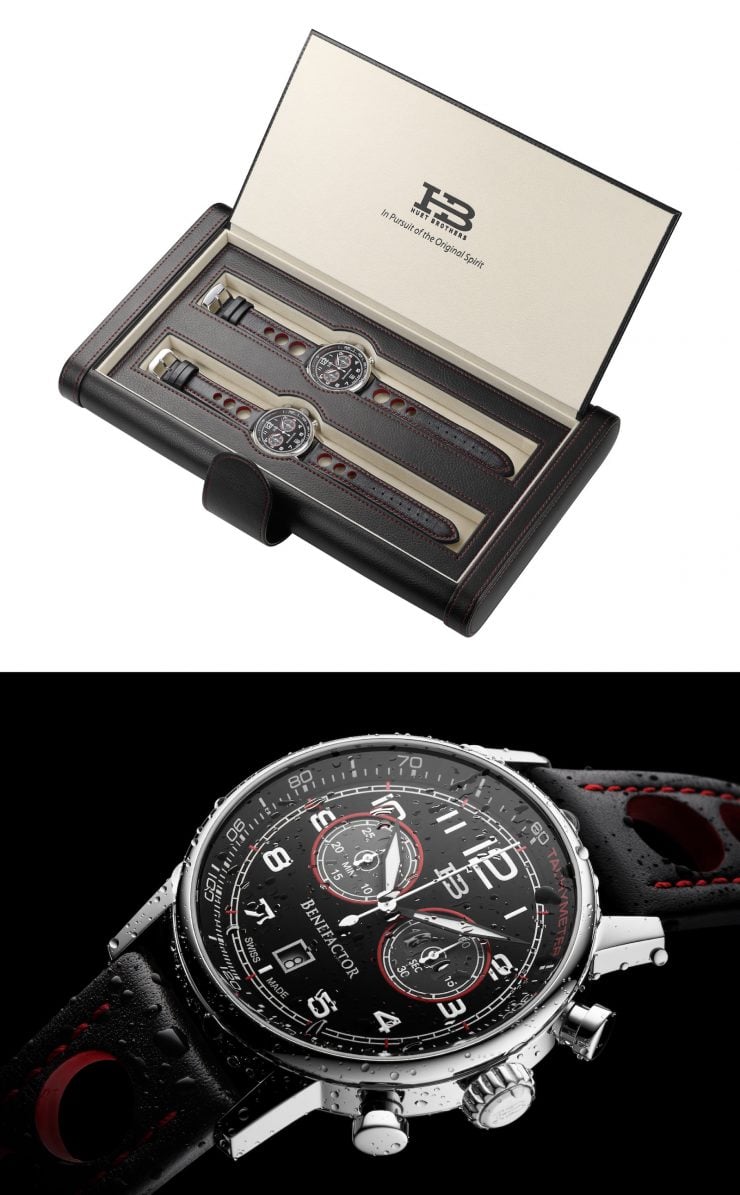 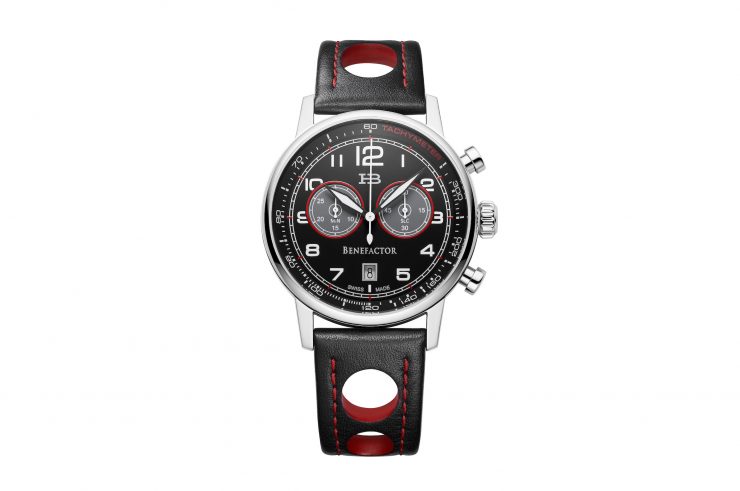