This is the front clamshell from a Lamborghini Miura, it was removed by the car’s owner and replaced with a new nose, then placed into storage where it has remained for decades.

The Lamborghini Miura is a car that needs no introduction, it’s regarded by many as the world’s first modern supercar, and it’s layout with a rear-mid- mounted engine and transmission is now the de facto choice for almost all supercars in production.

The Miura was styled by Marcello Gandini, one of the most important and influential automobile designers of the 20th century and the man who would later design the Lamborghini Countach, Lancia Stratos, Alfa Romeo Montreal, De Tomaso Pantera, Cizeta-Moroder V16T, and countless others.

Many point to the Miura as being the single most beautiful car ever designed and almost everyone agrees its one of the top ten. It was famous developed in secret by Lamborghini’s top engineers – Gian Paolo Dallara, Paolo Stanzani and Bob Wallace, without Ferruccio Lamborghini’s knowledge. 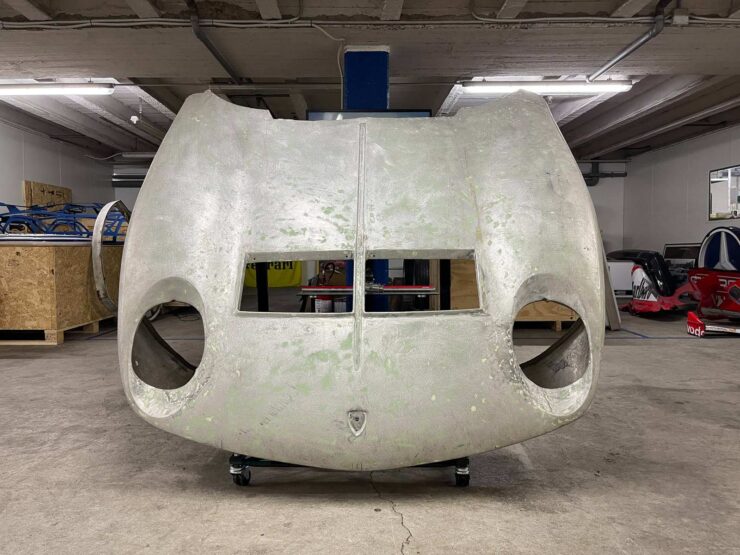 With the paint removed you have a unique insight into the manufacturing process of the alloy Miura body, with all the original tool marks clearly visible.

The created a low slung car with a semi-monocoque steel chassis that had a steel monocoque cockpit section combined with front and rear subframes. This formula is used today on a number of modern supercars, typically substituting the steel for carbon fiber.

The engine was fitted behind the driver and passenger in a sideways or transverse orientation, sharing the crankcase with the transmission to save space. Interestingly this was the same power unit architecture introduced on the Morris Mini in 1959.

Fortunately, Ferruccio Lamborghini approved the project for production and in so doing helped to transform the high-end automobile would, while at the same time causing no small amount of consternation for Enzo Ferrari – his arch rival.

The Miura clamshell you see here was shaped by hand in Italy by highly skilled metalworkers, if you look closely you can see the original tool and hammer marks that are only visible now that the paint has been removed.

If you’d like to add this clamshell to your own Miura or install it in your living room as a sculpture you can click here to visit the listing on Collecting Cars. It’s being auctioned live now and at the time of writing there are five days left to bid. 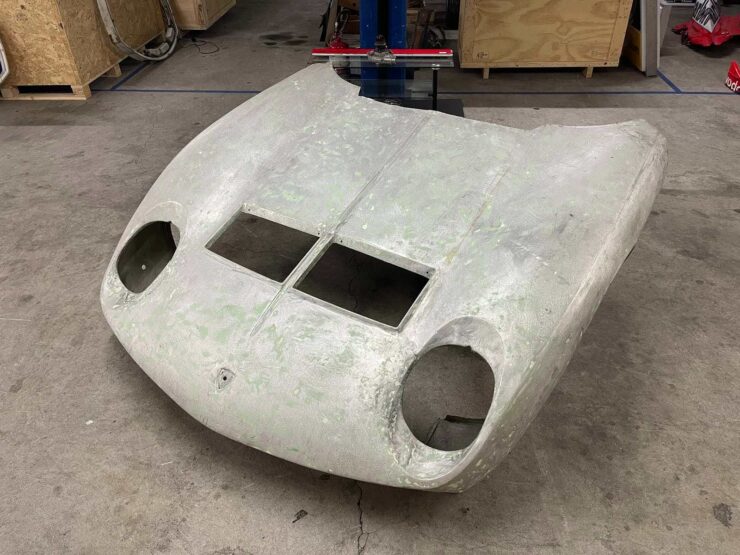 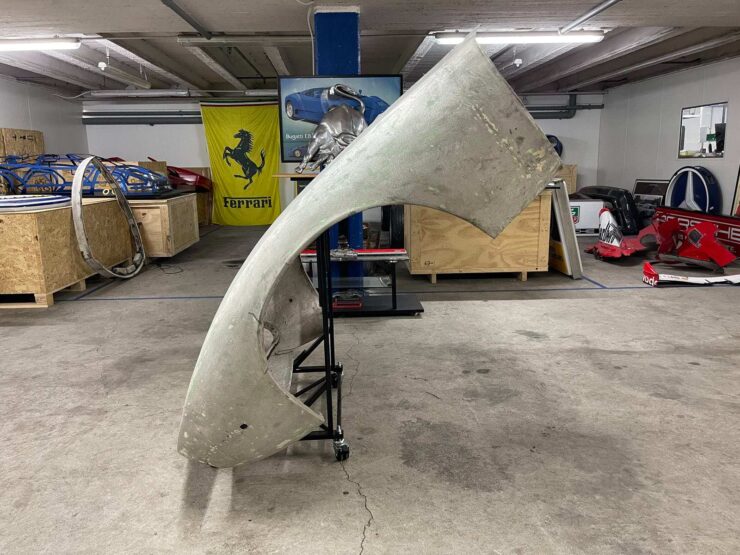 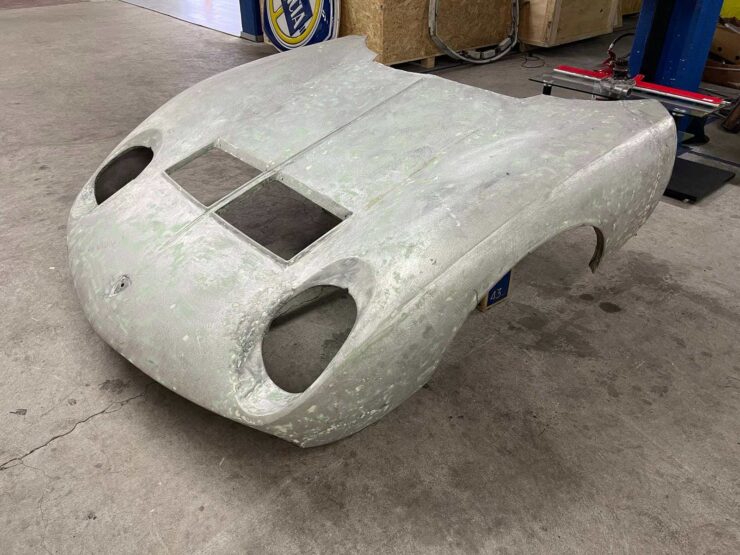 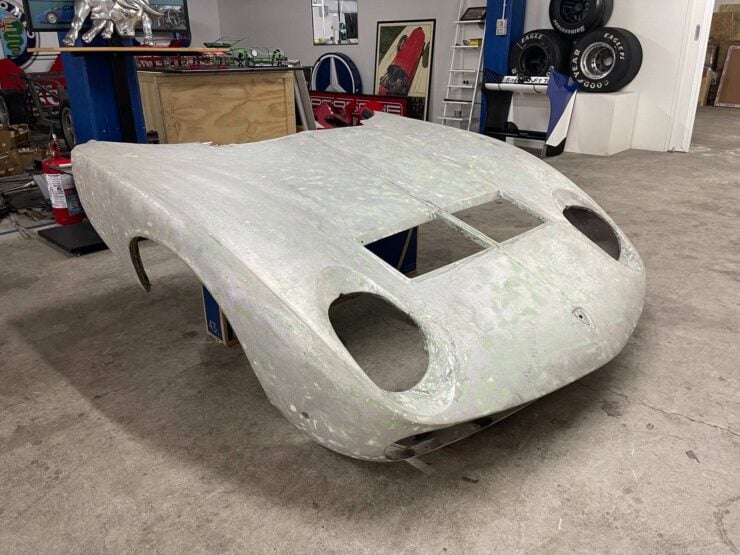 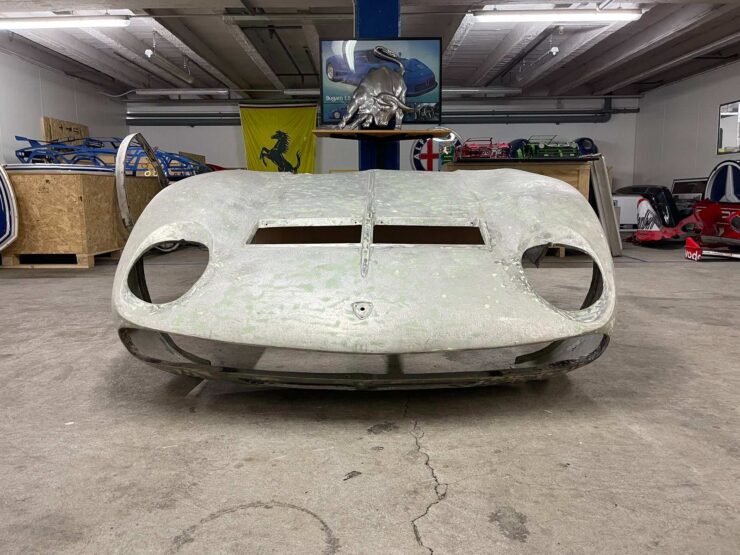 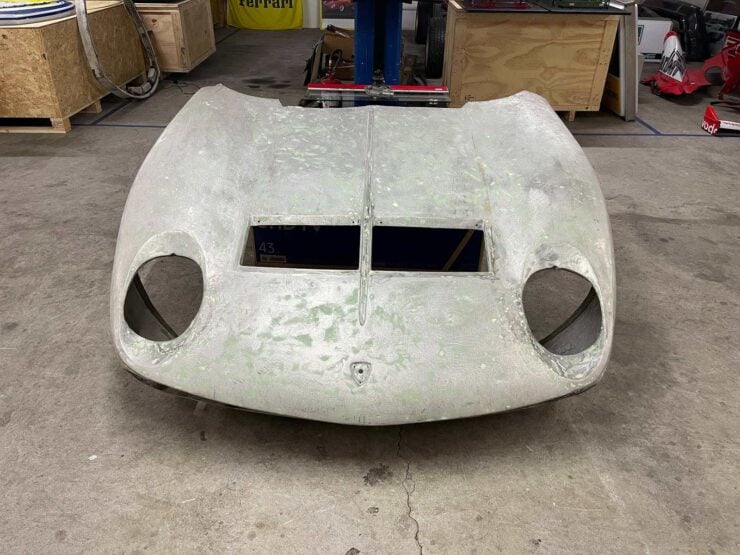 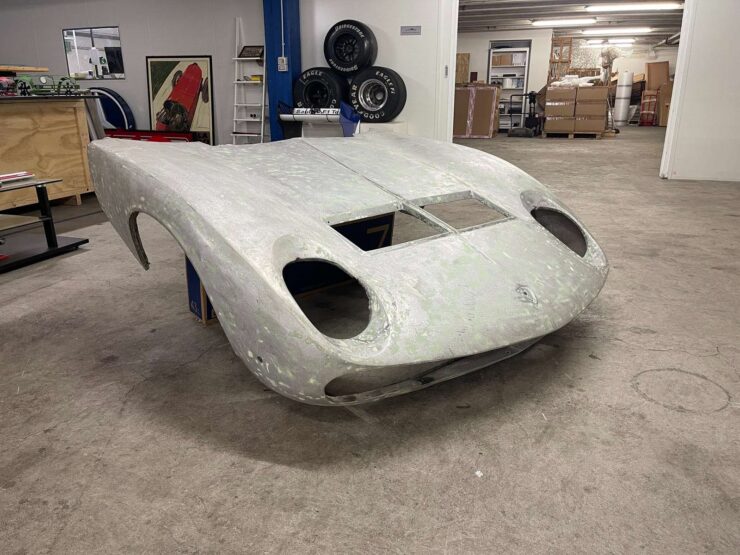 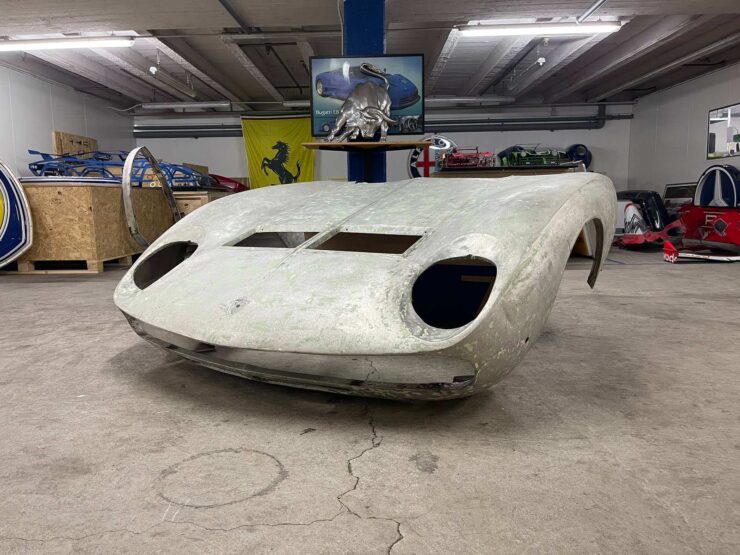