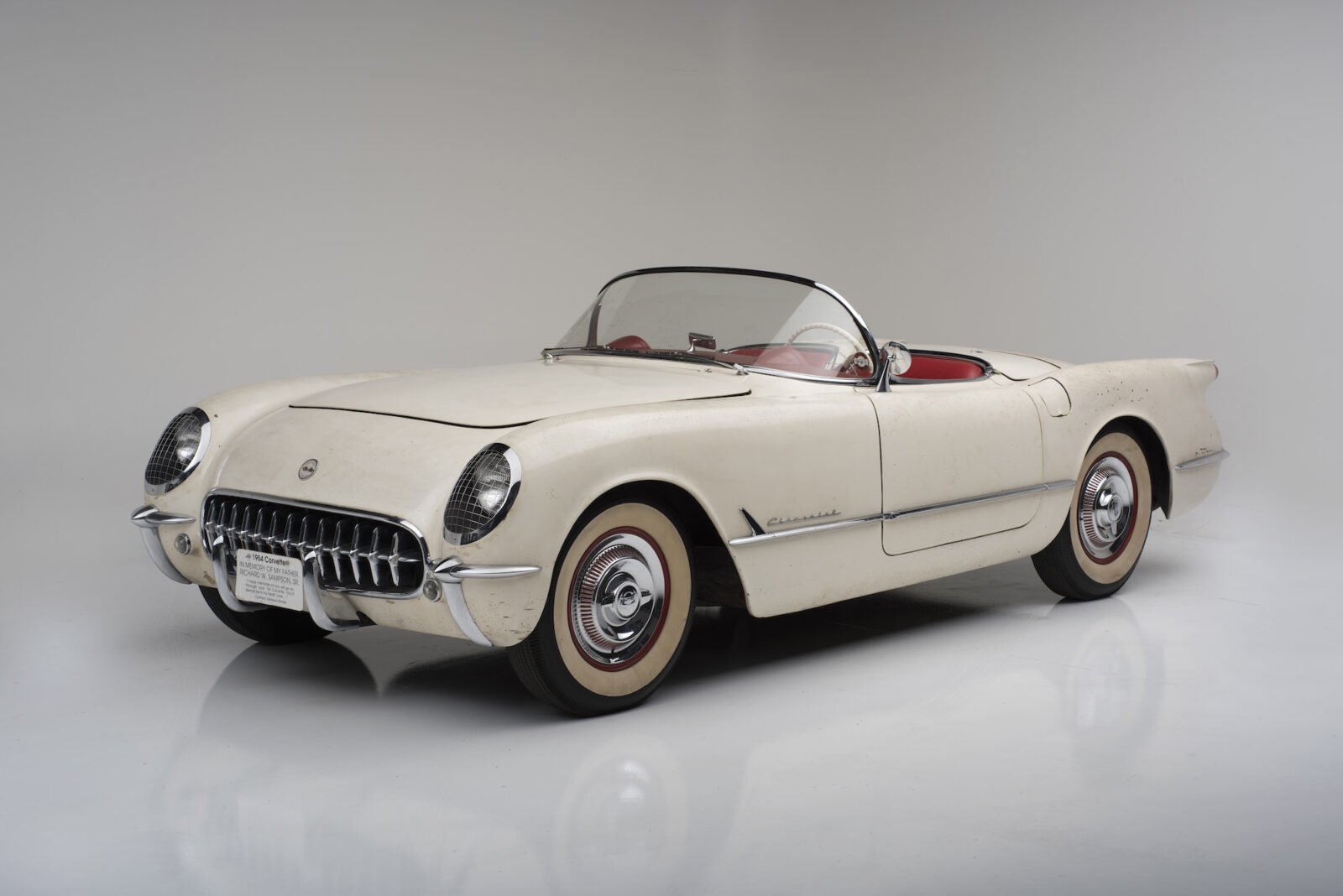 The “Entombed” Corvette has been a bit of a celebrity in Chevrolet circles for the better part of 40 years, it was entombed inside a brick-and-mortar vault by eccentric businessman and politician Richard Sampson in 1959.

It’s not certain how much forward planning Sampson had put into the entombment project, all that’s known for certain is that he drove it to the construction site of one of his new grocery stores in 1959 and instructed the workers to build a sealed vault for the car, he then had his will changed to stop anyone from excavating the car until the year 2000.

Chevrolet had introduced the Corvette in 1953 as a 6-cylinder sports car to compete with the cars coming out of Europe. The unusual decision had been made to build the Corvette’s body from fibreglass, this was a new technology at the time and it’s likely that Chevrolet was using the Corvette as a testbed due to the model’s low production numbers. The obvious benefits are lighter weight and a lack of body rust – and today these early cars are highly sought after.

Despite the modern Corvette’s reputation for being a V8 powered firebreather, the first 2 years of the model’s production only offered the inline-6 – the V8 was introduced in 1955 as an option.

Stories of the entombed car had circulated in Corvette circles but most expected it to remain locked away till the year 2000, until 1982 when the original building was bought by Brunswick car dealer Frank Goodwin, on the condition that the car be removed by the expiry of the lease in 1986.

Richard Sampson’s daughter Cynthia was located, and she was brought in for the excavation. It was covered on local news and she (along with the workers) was the first to see the car, she had it moved to her home in Daytona Beach where she kept it on display in her livingroom for 10 years.

Eventually she sold it on to a Corvette collector who promised to keep it as it is, and never restore it. After caring for the car for the better part of 20 years the collector is now selling it on, and Barrett-Jackson will be selling it on the 23rd of January 2016 at the Scottsdale Auction. If you’d like to read more or register to bid you can click here to visit the listing. 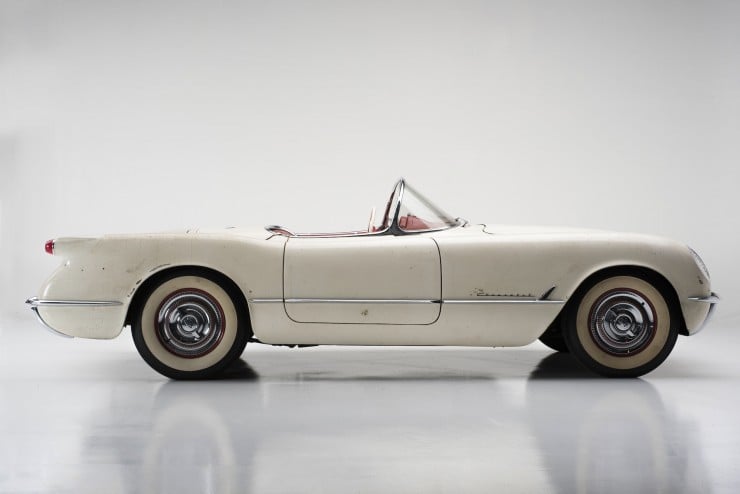 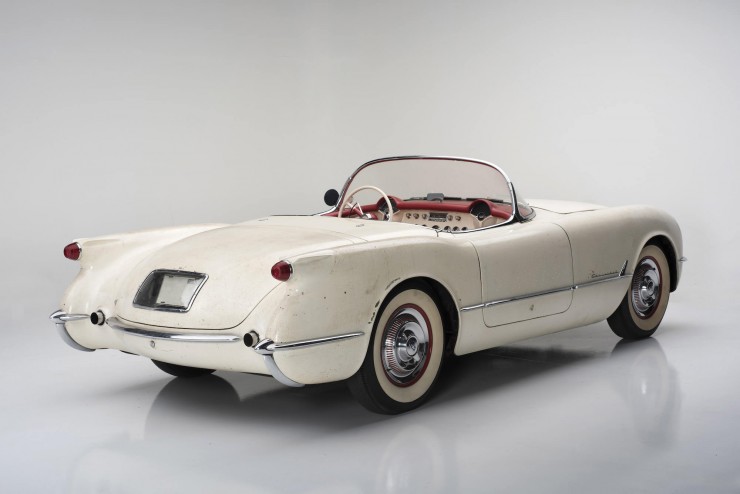 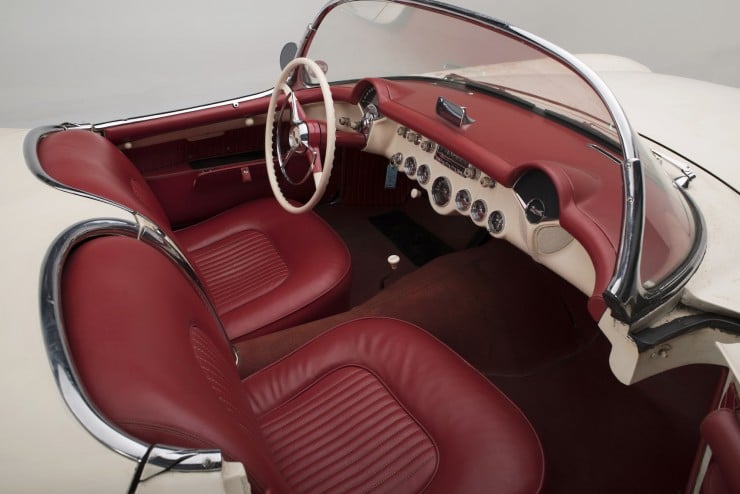 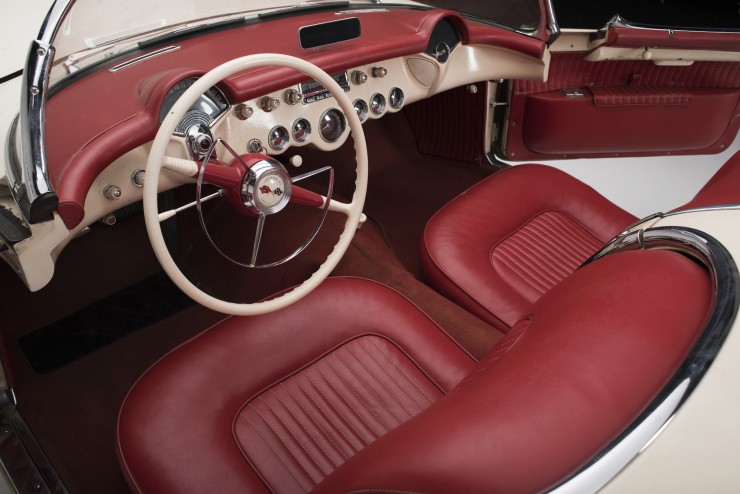 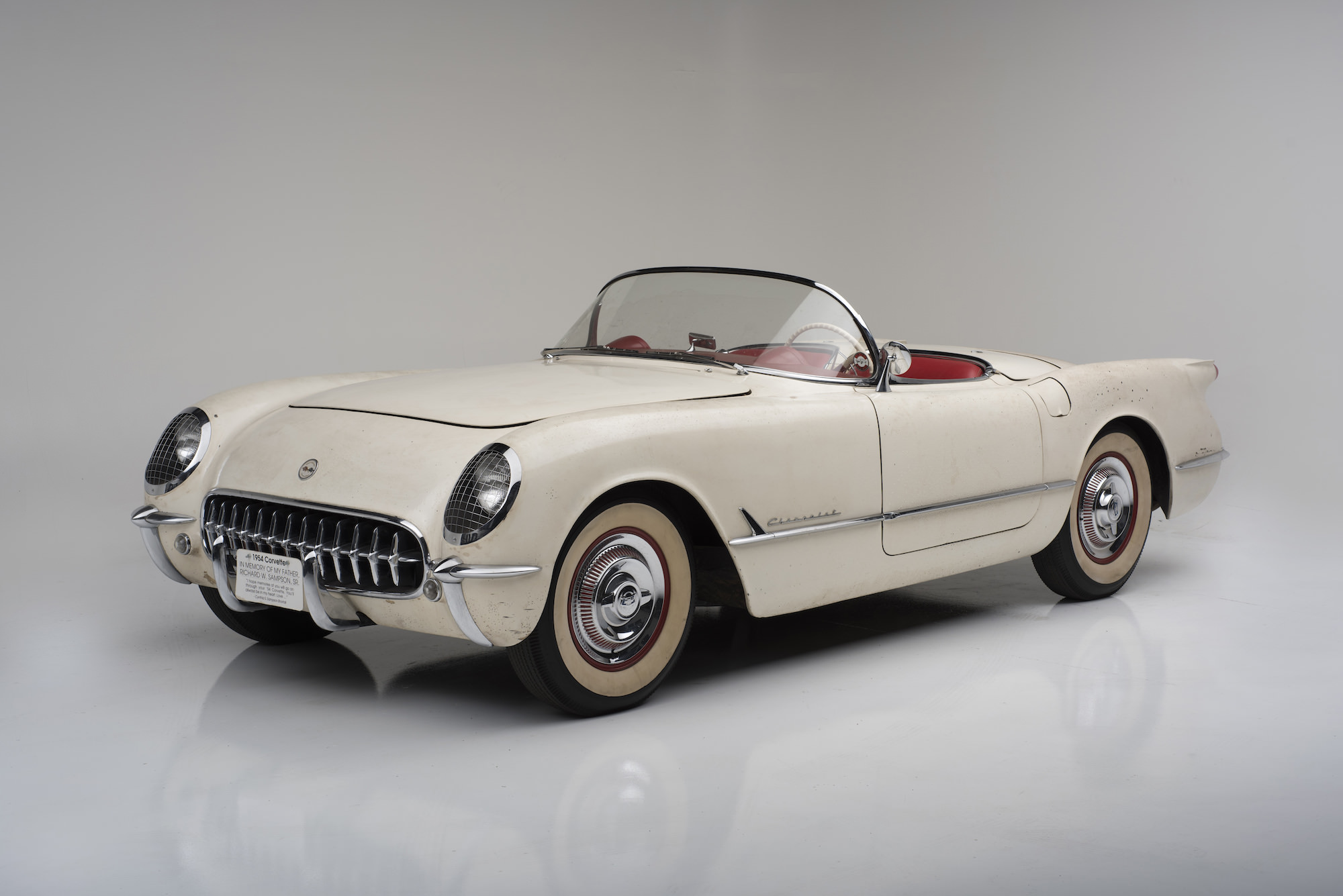