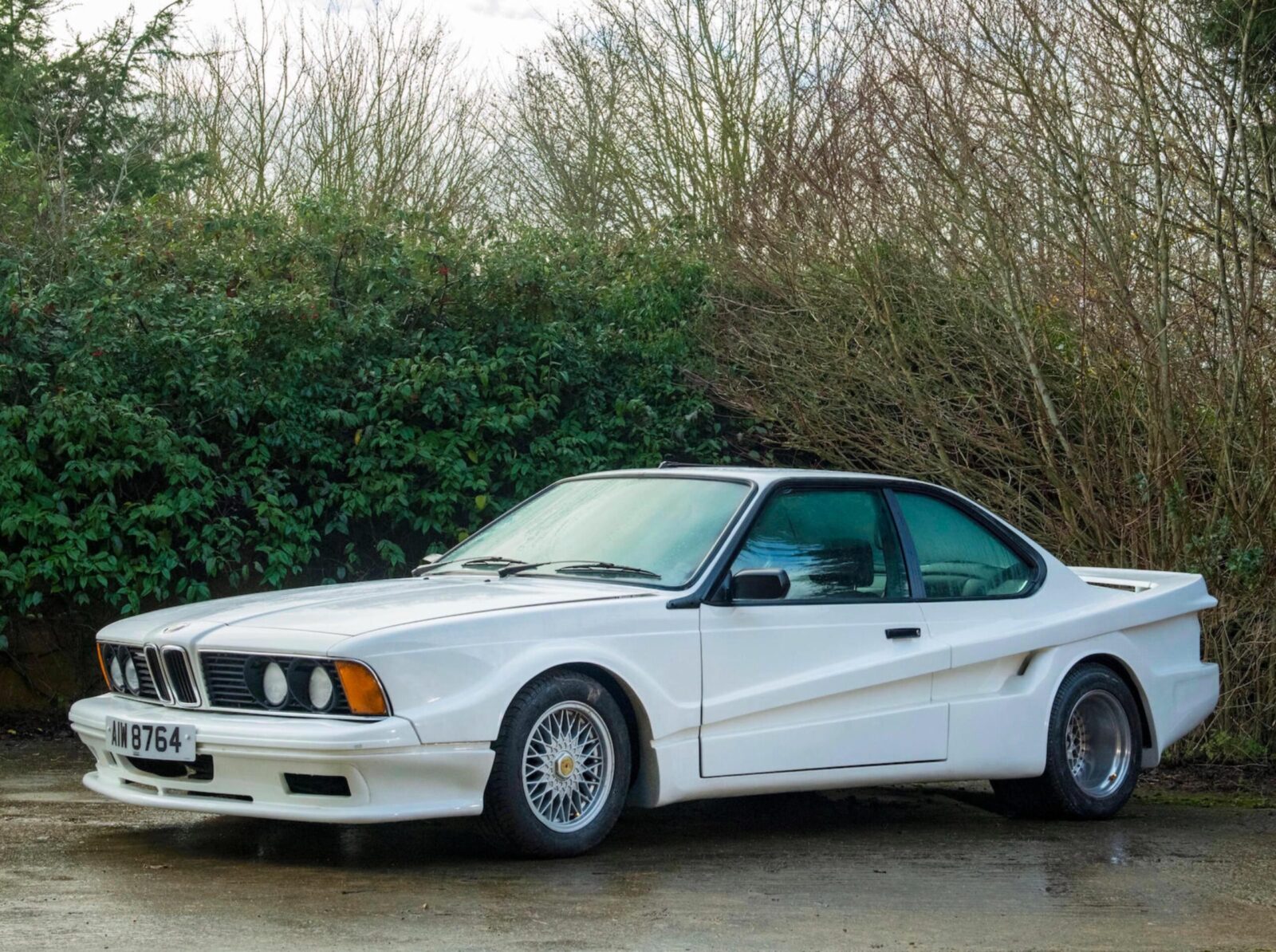 As far as ’80s project cars go, they don’t get much more eclectic than this – it’s a 1986 BMW 635CSi with an original bodykit from Koenig that gives the car significantly more presence on the road, not to mention a wider track width for those BBS basketweave wheels.

Willy König And His Koenig Specials

Koenig Specials GmbH was founded by eccentric millionaire and successful racing driver Willy König (sometimes spelt “Willy Koenig”) 1977 to formally sell kits and parts that Koenig had been developing and selling since 1974.

The cars built by Willy and his team were extreme to say the least, so extreme that former friend Enzo Ferrari demanded that any car modified by Koenig have its Ferrari badges removed or face legal action – as the company no longer considered it to be a Ferrari.

Love them or hate them, Willy and his team at Koenig had a significant influence on the global car tuning and modification scene. The company sold wide body kits, suspension systems, performance engine parts and they offered a fully-built cars. 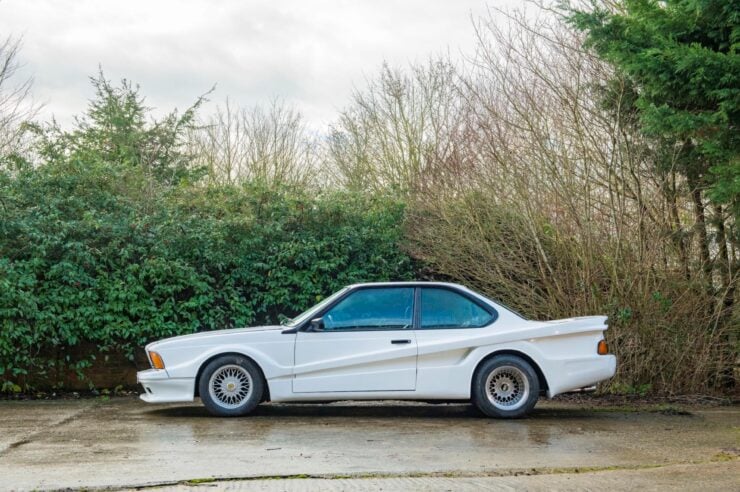 Above Image: The unmistakable side profile and significantly wider rear wheels are a good indication that this is no ordinary 635CSi.

One of the company’s most famous creations was an extensively modified Ferrari Testarossa with an avant garde body kit and a significantly modified twin-turbo engine capable of 1,000 bhp. A slew of wild cars rolled out of the Koenig facilities during the 1970s and 1980s, today they’re considered quite collectible but only to a specific kind of collector – one who cars more for the car’s unusual nature than their lost originality.

Interestingly, Koenig Specials GmbH is still in operation to this day selling body kits for cars from its glory days, though they no longer build custom cars in-house.

The unusual coupe you see here is a BMW Koenig 635CSi, there are no surviving records for how many of these were built and Willy König was famously terrible at keeping accurate records, but we do know the car is rare and likely one of just two in the United Kingdom.

This particular car is a bit of a mystery as it’s coming up for sale on the instruction of a high court ruling. We do know it’s wearing a Koenig 635 bodykit with matching wider BBS (or BBS-like) wheels but we don’t know what suspension, braking, engine, or other performance modifications have been made to the car if any. 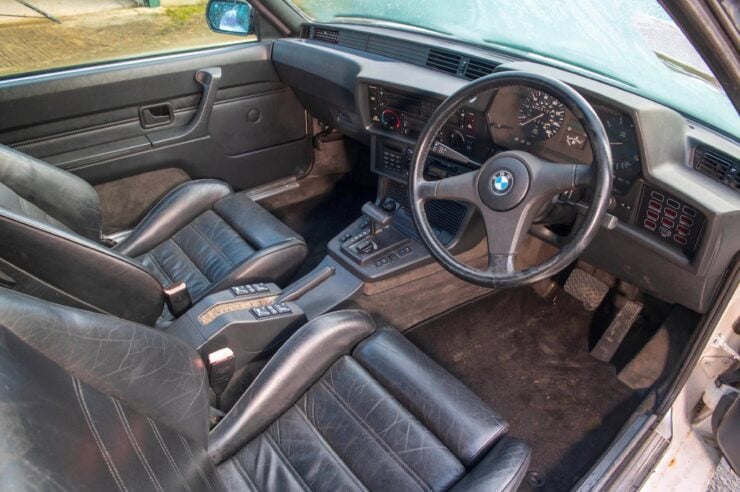 Above Image: The interior remains unchanged, even the original BMW onboard computer is still in place.

The car is currently fitted with a SOHC 3.5 litre M30 engine mated to a 4 speed automatic gearbox, this engine famously responds well to tuning but for truly sporting driving it would likely need a gearbox transplant at some point.

It’s not known why the car is wearing M badging as it’s not an M car, though there is a small minority of car owners who like to give their cars badge-upgrades at the chagrin of everyone else in the car community. The new owner would likely want to remove these badges and correct them as an early item on the to do list.

The car has spent several years as part of a museum display so out will need a recommissioning before it’s put back on the road, though it looks from the outside like it would be a fairly straightforward task.

If you’d like to read more about this car or register to bid you can click here to visit the listing. It’s due to roll across the auction block on the 20th of March at the Bonhams MPH March Auction with an estimated hammer price of £15,000 to £20,000. 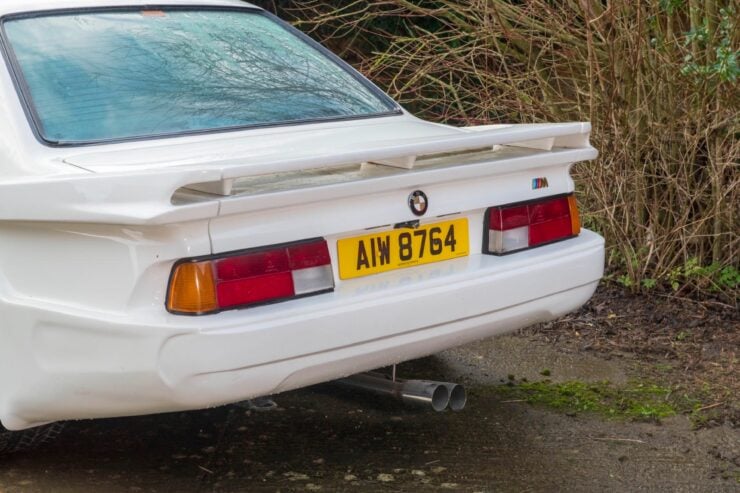 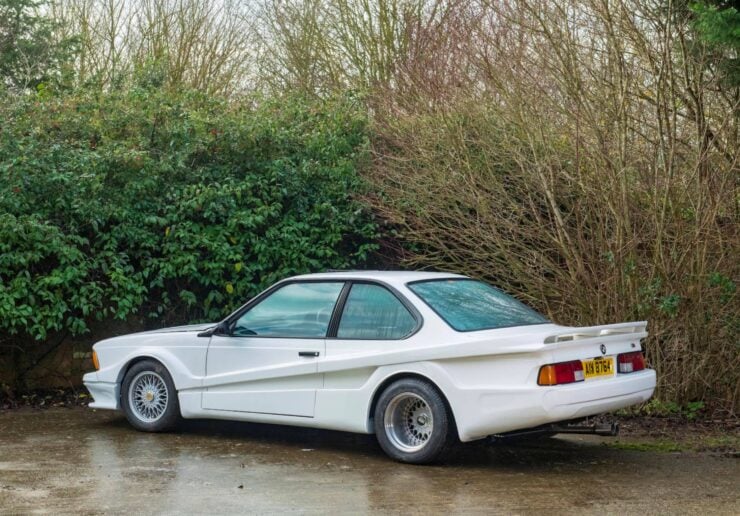 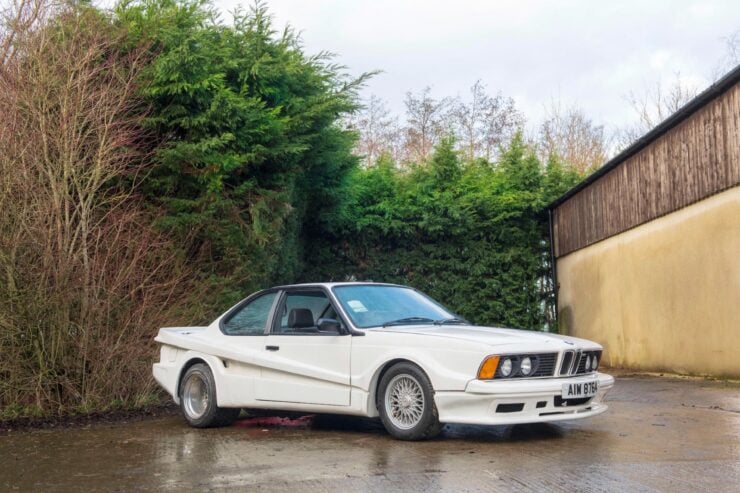 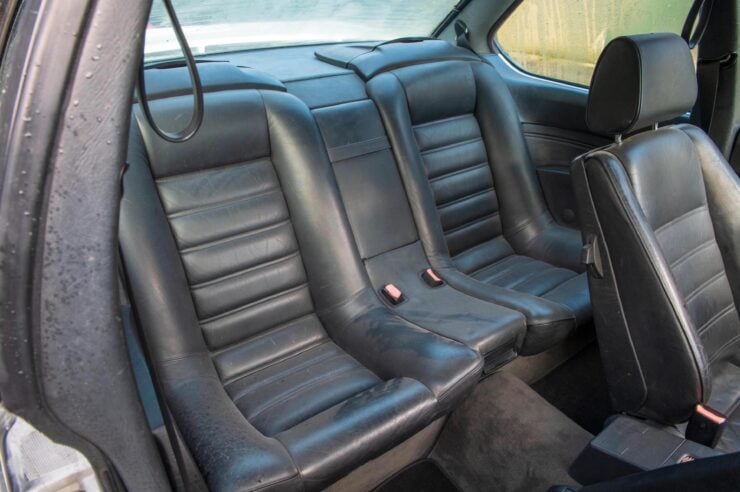 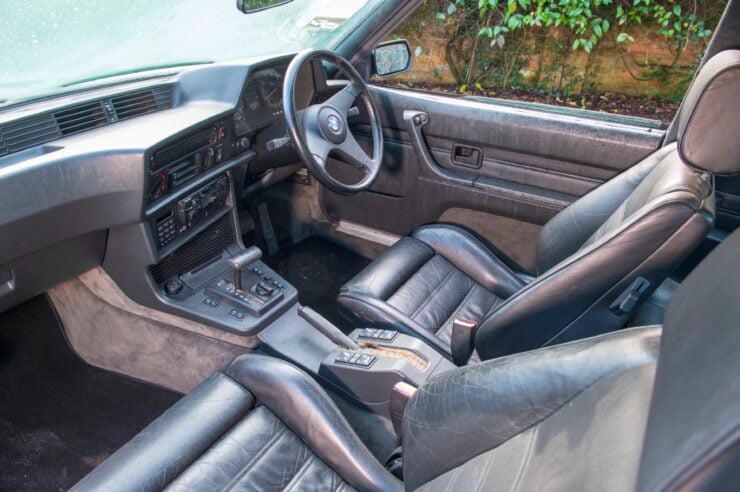 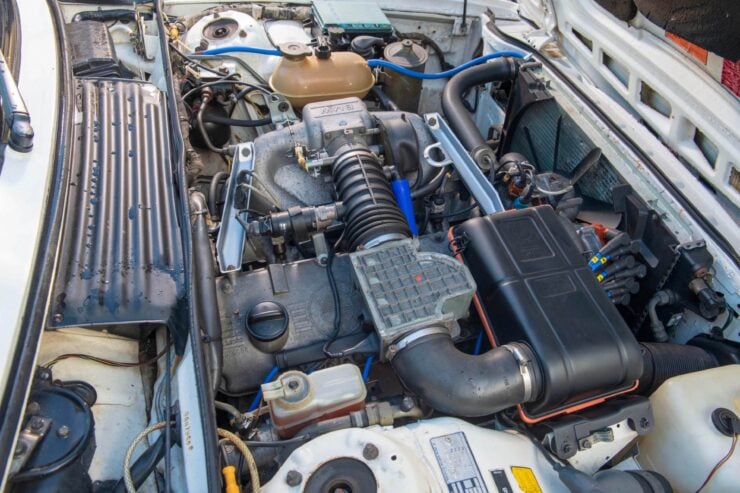 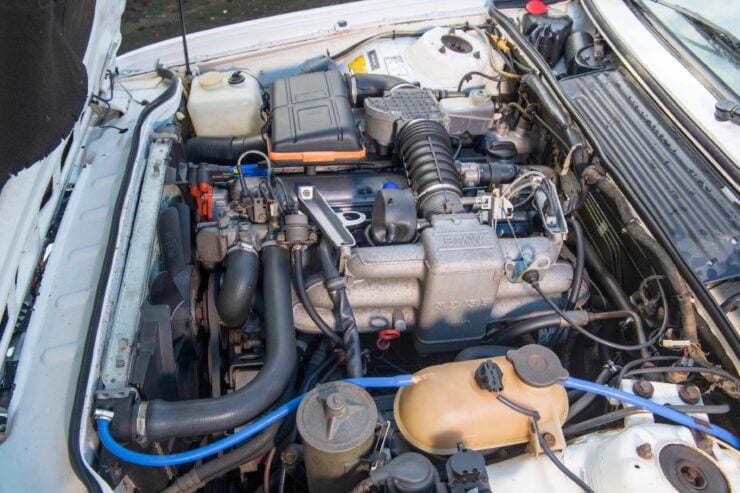 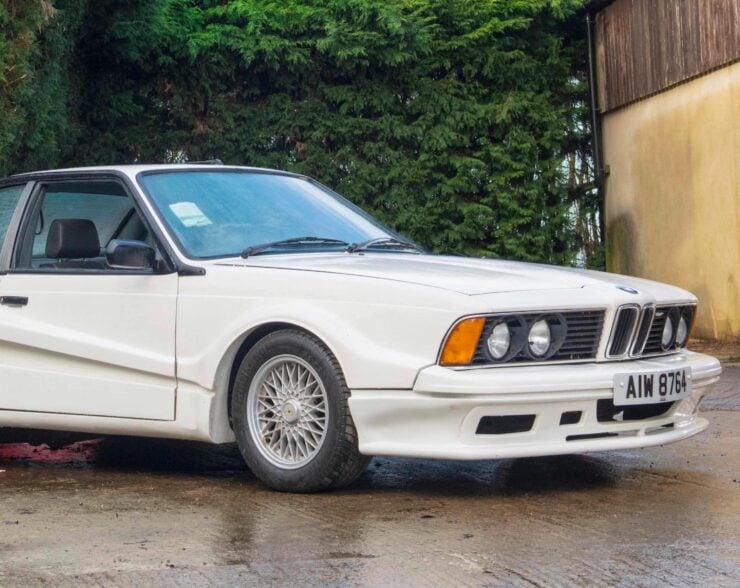 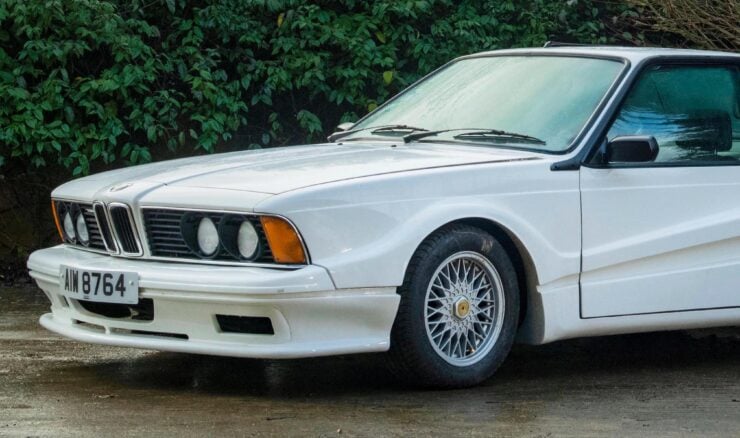 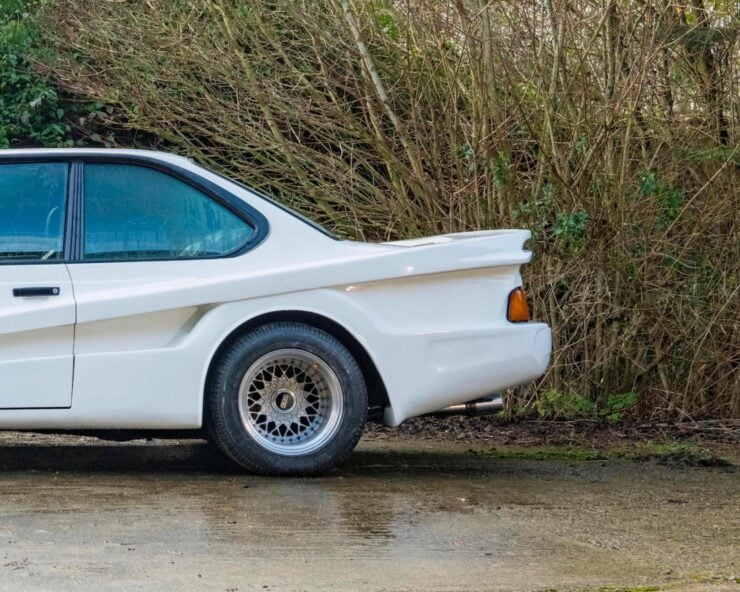 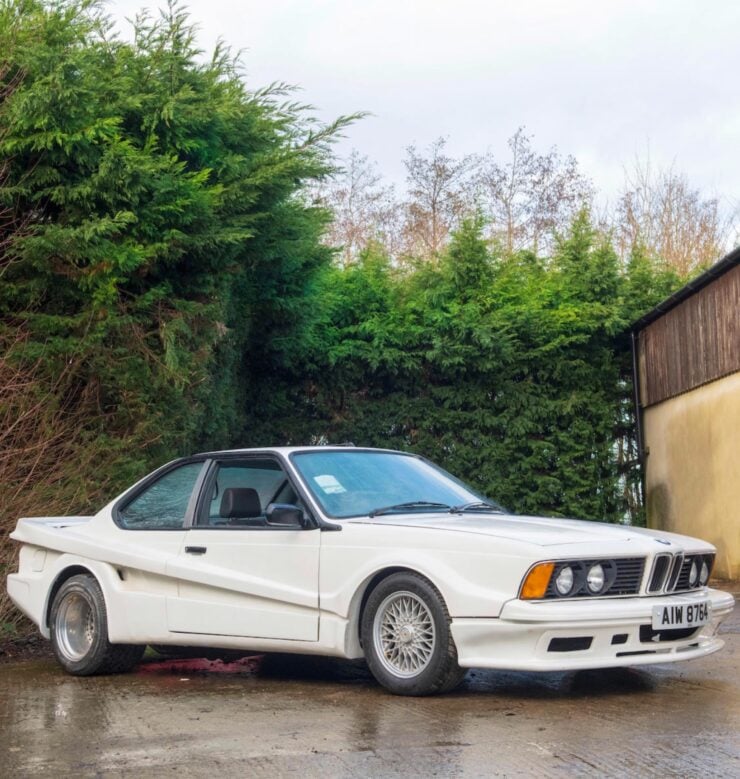