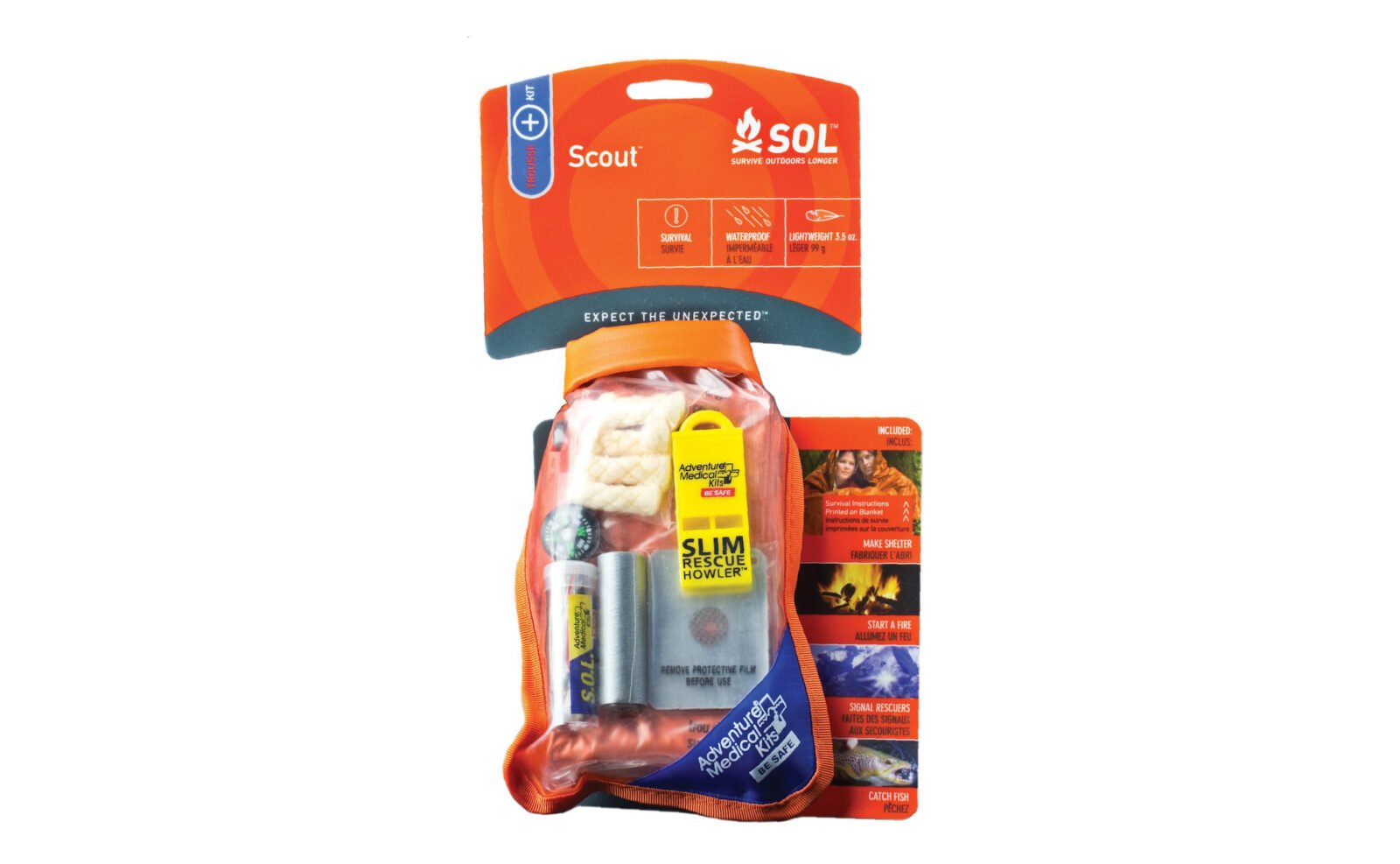 The Klim Survive Outdoors Longer Survival Pak has been designed for use by motorcyclists and others for whom size and weight are vitally important. Each survival pack weighs in at just 5.4 oz and measures in at 3.75″ x 6″ x 1″, making it well-suited to jacket pockets, backpacks, or motorcycle panniers.

Inside the pack you’ll find a waterproof survival blanket capable of reflecting 90% of body heat, that doubles as rain and snow shelter. There’s also a Mini Rescue Flash™ Signal Mirror that can be seen from up to 10 miles away, and a 100dB Slim Rescue Howler™ whistle that can be heard for a mile.

Navigation is made a lot easier by the inclusion of a button compass, there’s a roll of duct tape for equipment repairs, and an RF-Welded dry-bag with roll-down closure for keeping stuff dry in inclement weather.

Fire can be a lifesaver in survival situations so the pack includes a Fire Lite™ striker which is waterproof and tested to produce over 5,000 sparks, accompanied by Tinder Quik™ for getting fires started even in the rain.

Finally, there’s a fishing kit to keep you fed while you’re making your way back to civilization or waiting for rescue. 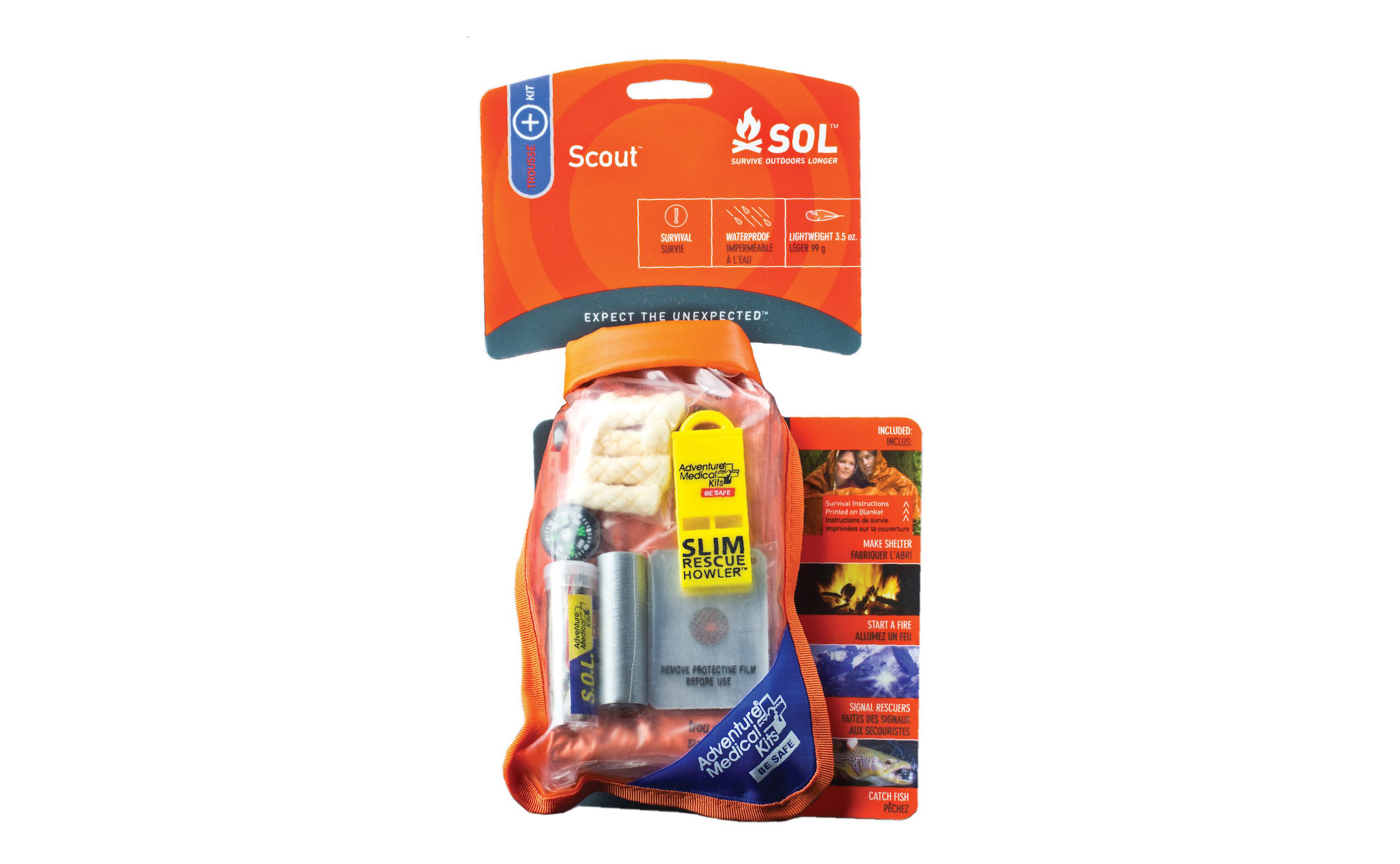