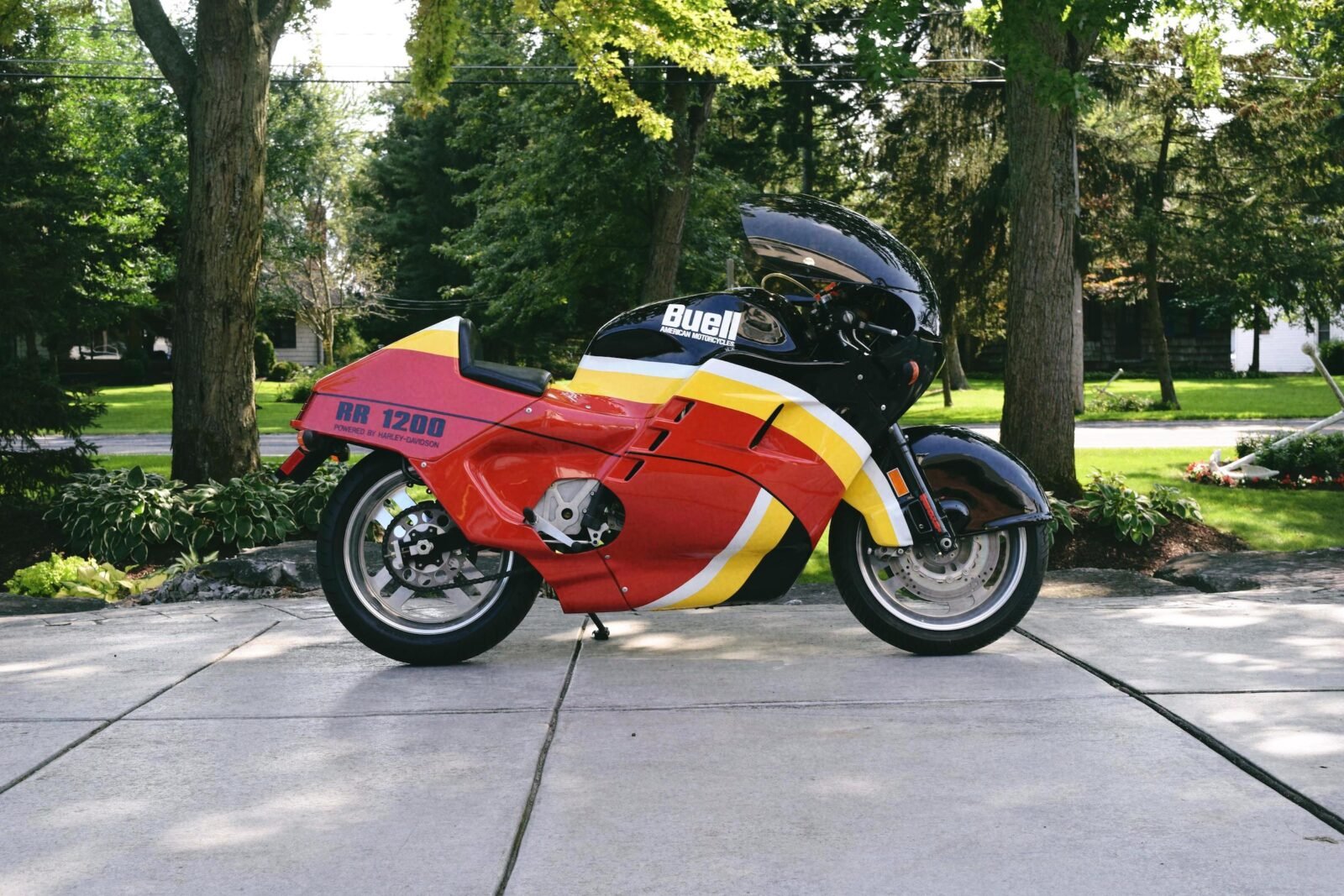 Just 65 examples of the Buell RR1200 Battletwin were ever built, it’s quite an important American motorcyle as it was one of the first street bikes ever built by Erik Buell – the engineering whizz who would make a name for himself taking lumps of Harley-Davidson V-twin and making them go fast. He even made them go around corners.

Erik Buell started working on machines as a kid in Pennsylvania, he got into motocross racing before shifting to the asphalt, and he worked as a motorcycle mechanic to put himself through an engineering degree at the University of Pittsburgh.

Upon graduating, Erik famously flew himself to Harley-Davidson’s headquarters in Milwaukee to “beat my way in the door” as he tells it. He was hired, and before long he was working on new prototypes as well as the more traditional highway high-milers.

Erik’s passion for racing never left him, in fact it still hasn’t, and neither has his attraction to unusual engineering solutions. He got back into racing while working at Harley using the little-known Barton square-four, two-stroke motorcycle.

Erik would engine up re-engineering much of the bike and eventually taking over the rights to the designs when Barton went bankrupt. A series of AMA rule changes left Erik with a bike but not suitable series to race it in, not to be defeated he set to work creating a new racing bike using the engine from the Harley-Davidson XR1000. 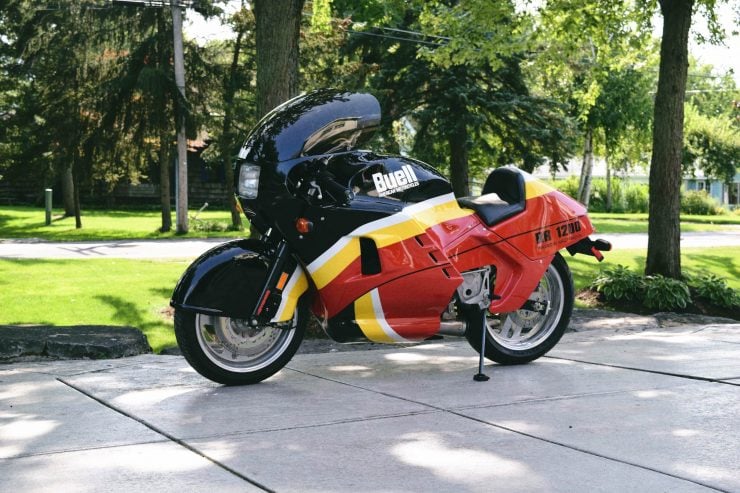 The Development of the Buell RR1200

This new motorcycle would be named the Buell RR1000, it had a bespoke frame that was stiff, lightweight and utilized the engine as a stressed member, it also had horizontally mounted rear suspension beneath the motor (for mass centralization), and an aerodynamic fairing so well designed that even many modern superbikes can’t match its drag coefficient in a wind tunnel.

Despite its relatively primitive V-twin, the Buell RR1000 was a quick bike – largely thanks to the clever engineering that went into the rest of it. 50 were built in 1987 and 1988 before the supply of XR1000 engines dried up, leaving Erik to find another suitable engine. He didn’t need to look far, the new Harley-Davidson Evolution V-twin was now available with a 1200cc capacity, so the RR100 was re-engineered to accommodate the new engine – creating the RR1200 Battletwin.

This new model would be road-legal, and it attracted a huge amount of attention as a result. The 65 unit production run sold out quickly and today, they’re very attractive to enthusiasts, collectors, and museums.

The example you see here was hand-built by Erik Buell and his team in 1988, and it has just 15 miles on the odometer – barely delivery mileage. It’s wearing the same original paintwork that was used on all RR1200s, and it appears to be almost factory-fresh – as do the wheels.

If you’d like to read more about this bike or register to bid you can click here to visit Mecum. It’s due to be sold at the Las Vegas Motorcycle Auction due to be held between the 23rd and 27th of January, and there’s currently no estimated value listed. 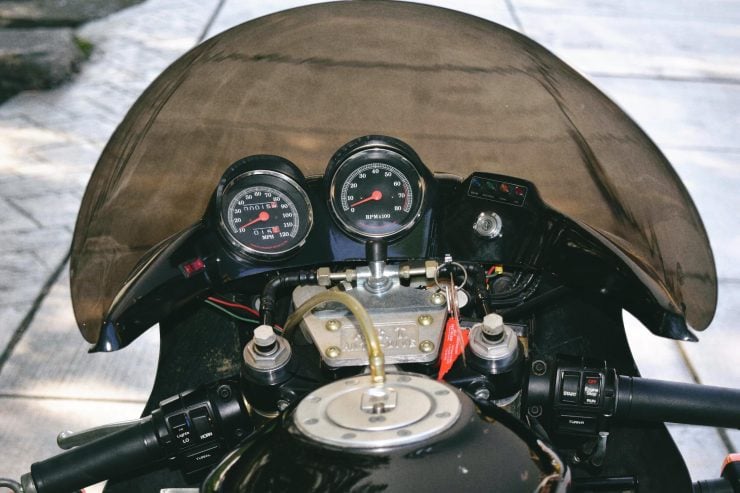 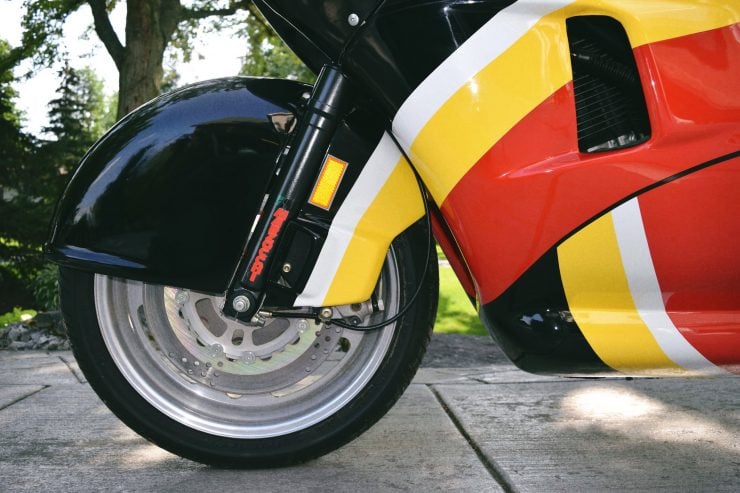 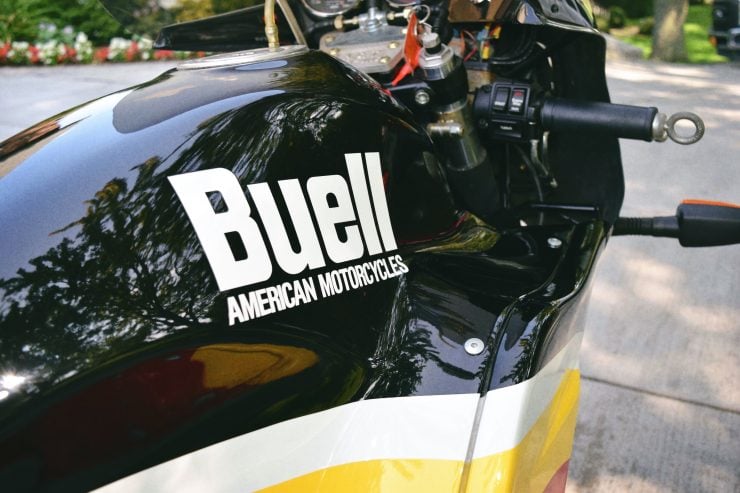 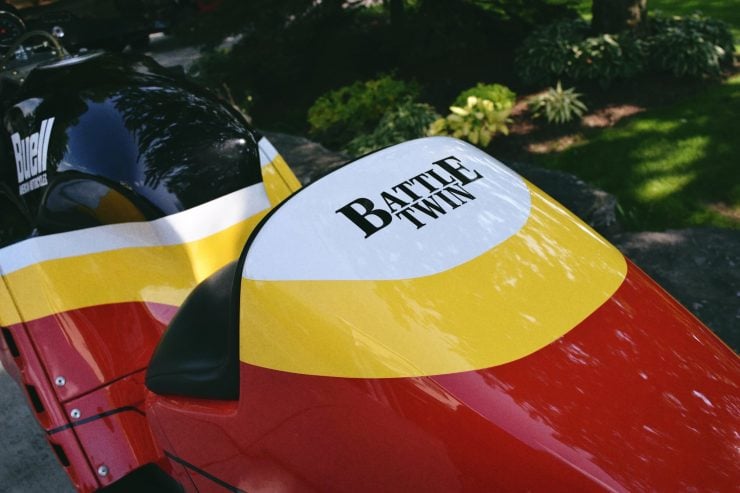 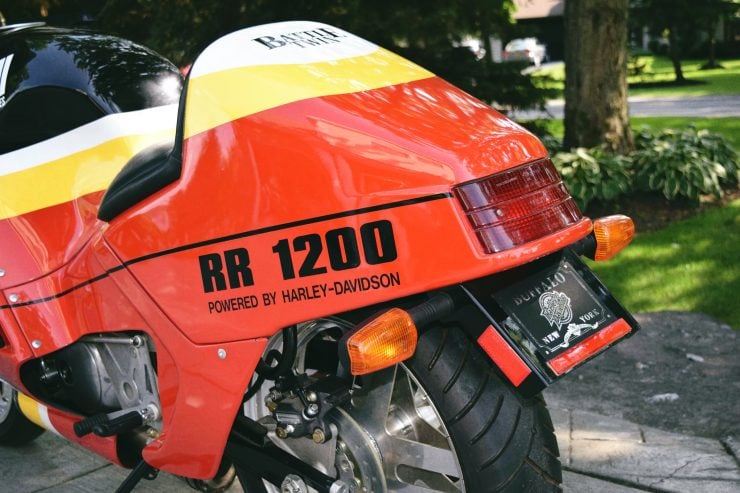 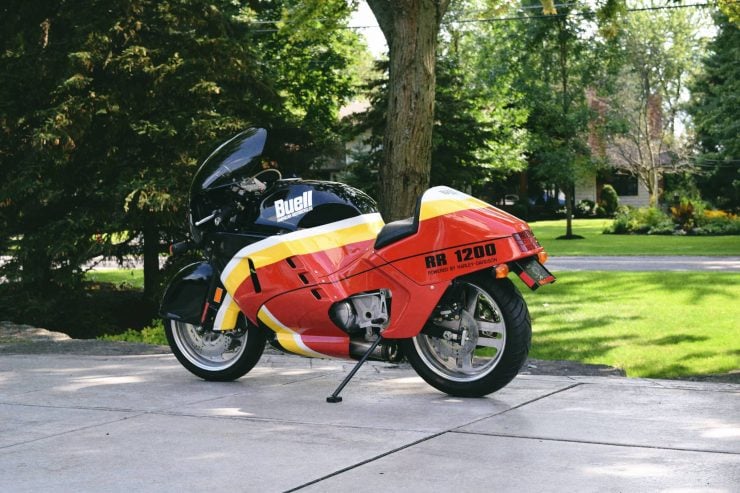 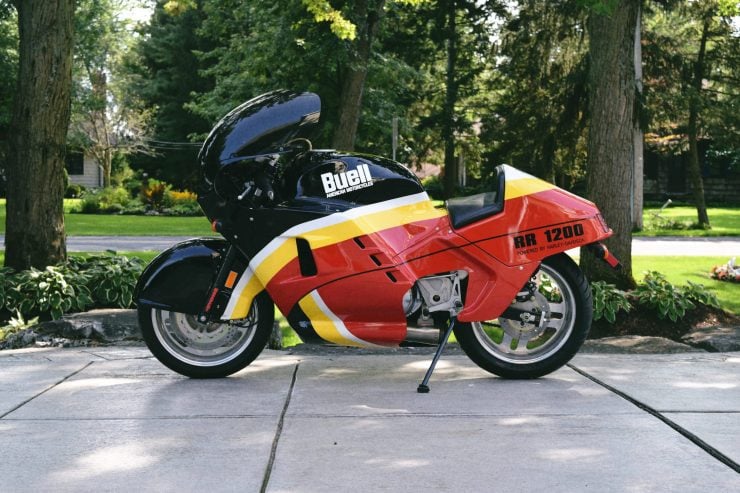 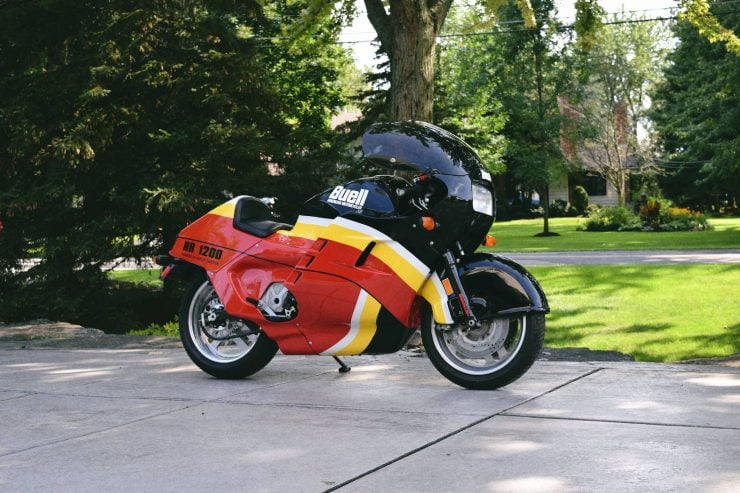 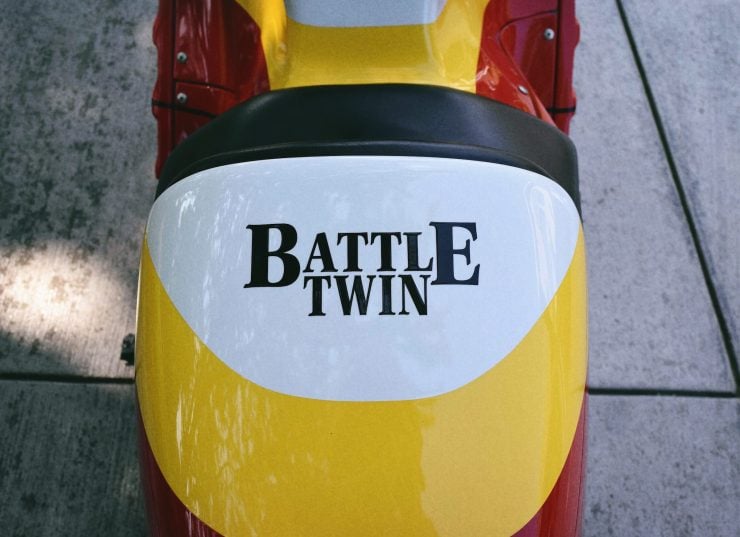 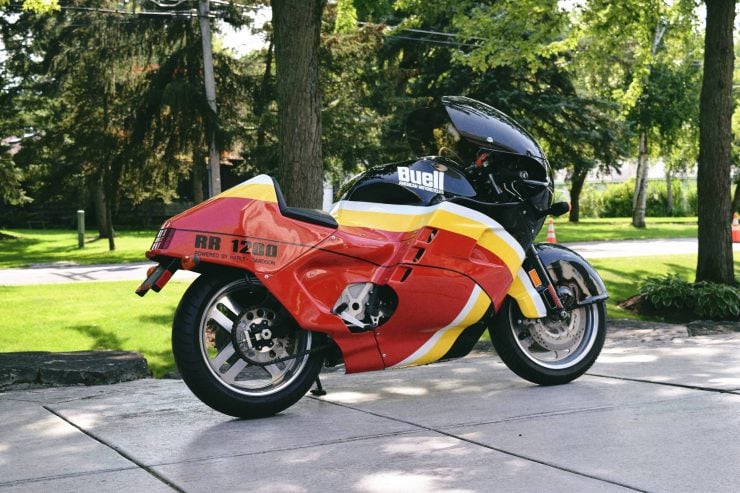 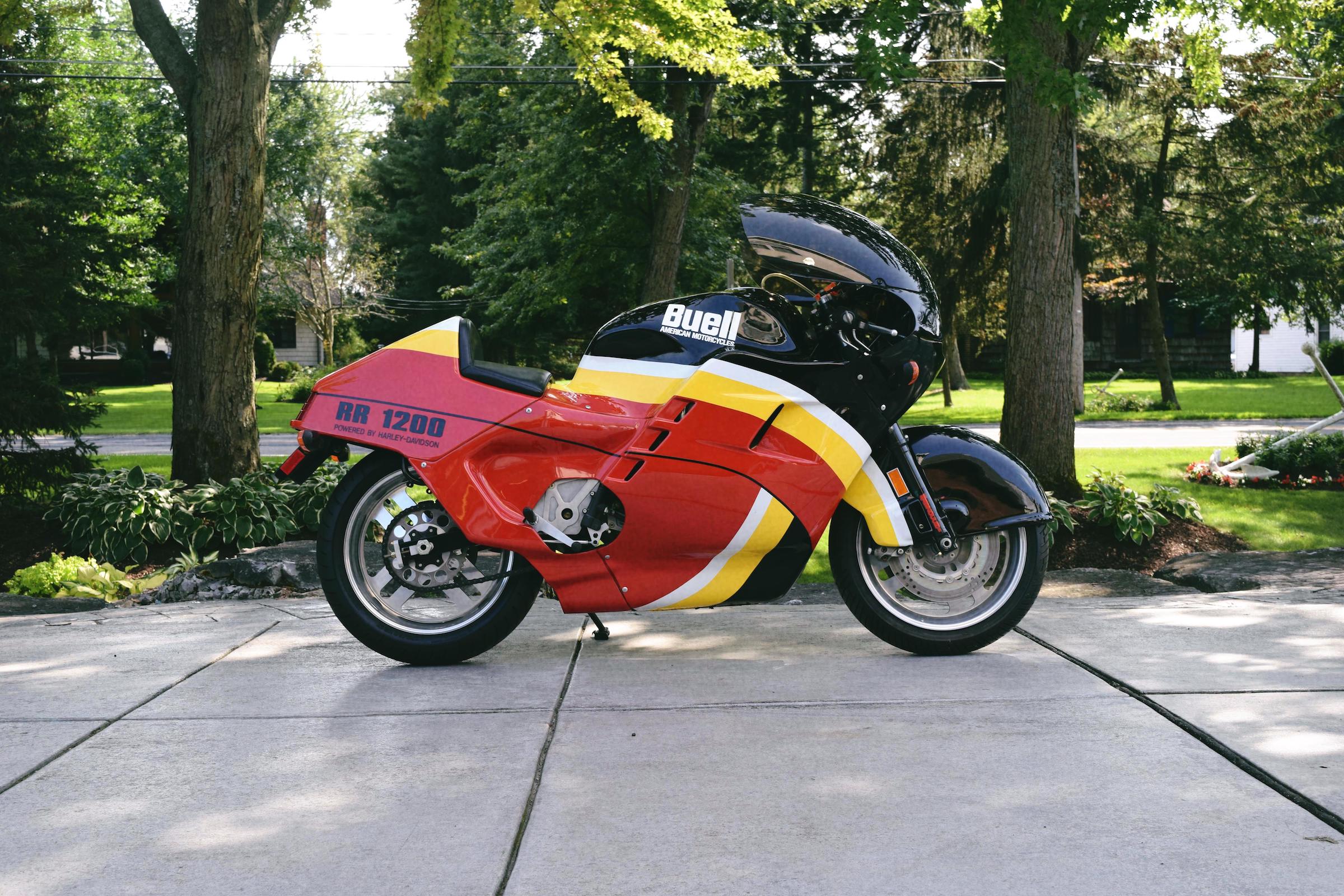