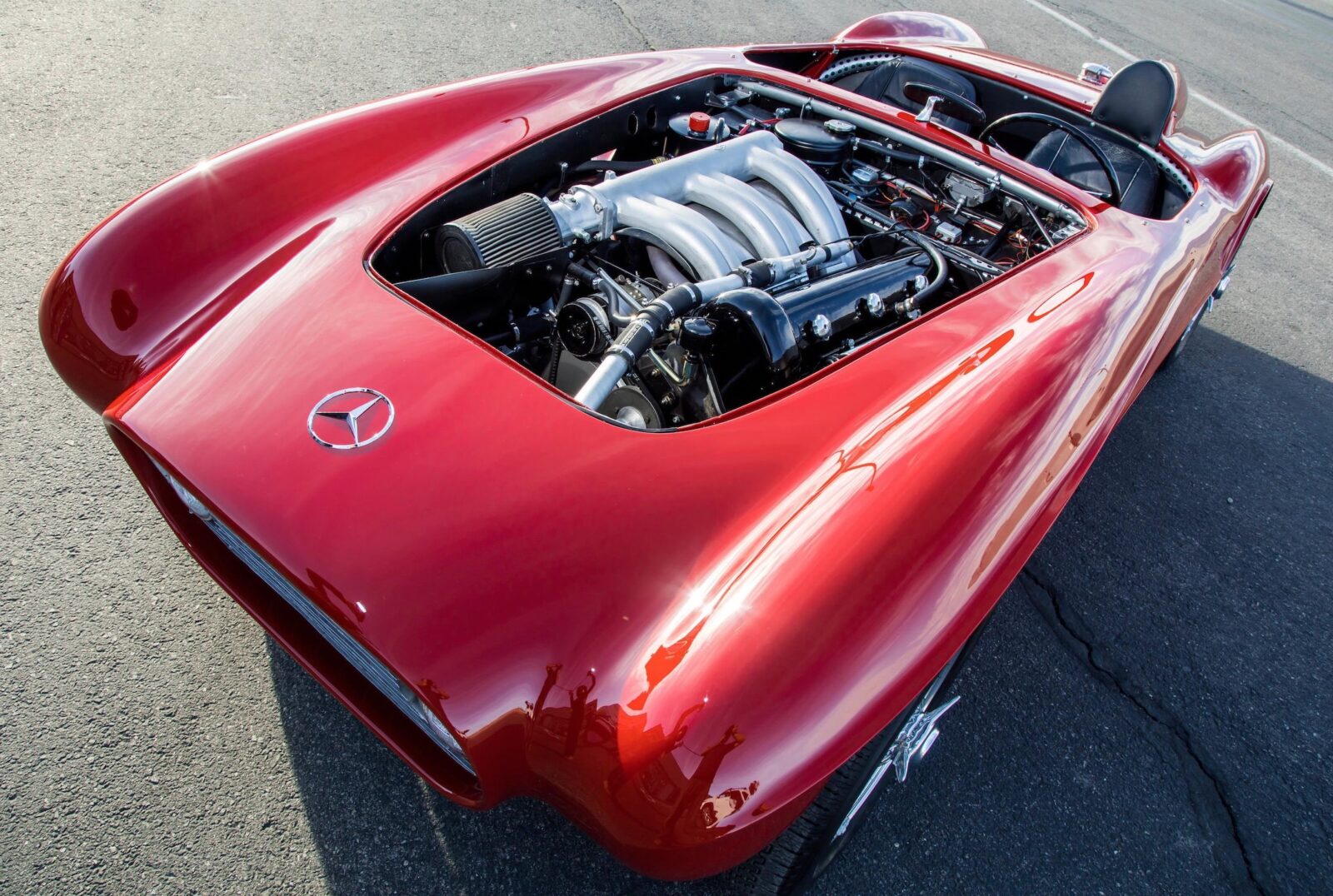 The story behind the Kircher Special is both remarkable and familiar, the car was developed and built in the 1950s by an American two-man team who wanted to create a sports racing car that could take on the best coming out of Europe and win. And they succeeded.

The Kircher Special started out as many bespoke racers of the period did, men returning to the USA after serving in WWII wanted to build their own variations of the small, lightweight roadsters they had encountered in Europe – particularly in Britain.

One of these men was Charles Hughes, he bought himself a Jaguar XK120 from Kurt Kircher of Denver Import Motors in Colorado and the two men became fast friends. Hughes wanted to race his XK120 and Kircher was already competing with his own Allard J2X, the two men had a lot in common, and before long they began to hatch plans to build their own car. 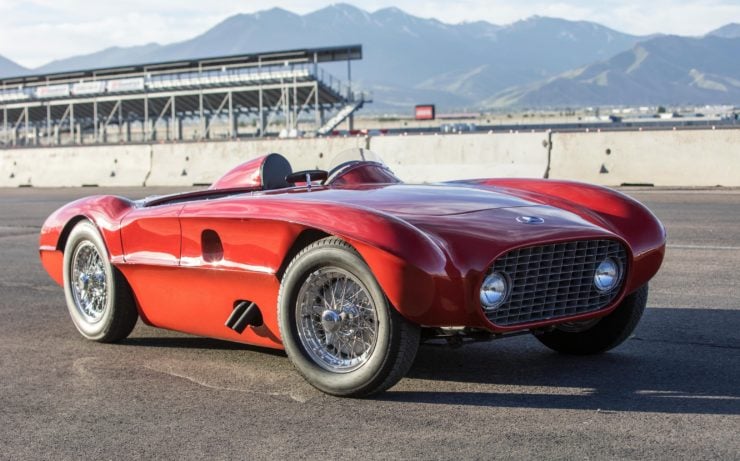 Kurt Kircher had a degree in automotive engineering and he’d previously worked for GM on V8 engine development after WWII as well as the Powerglide transmission. Charles Hughes had a degree in physics and a very well-equipped machine shop in his large 6-car garage. Together the men were perfectly set up to create their own one-off racing car to compete with the likes of Jaguar, Mercedes-Benz, and Ferrari.

The car they designed followed many of the best practices of the day, including a chrome-moly tube frame that had been drilled for lightness, independent front suspension from a Jaguar XK120, De Dion rear suspension with inboard rear-wheel drums and safety hubs, a Halibrand differential, and a 3.4 litre DOHC Jaguar XK120 straight-6 with its 4-speed transmission.

The body is a unique design from Charlie Lyons who built it by hand using aluminum using design influence from both Italian and British roadsters of the era, interestingly it features dual-piece construction with the entire top half being removable to make life easier for the mechanics. 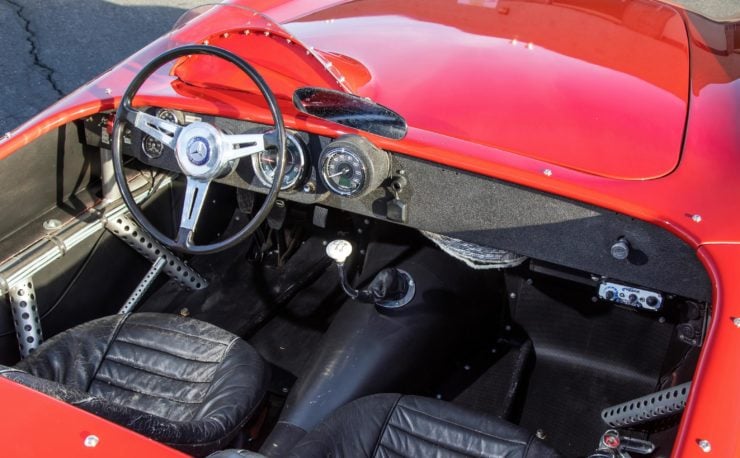 The only door is on the passenger side, with the driver needing to throw a leg over and stand on the leather bucket seat in order to enter. The headlights are installed inside the grille rather than in the front of the bodywork, similar to the 1952 Nash Healey designed by Pinin Farina.

The design of the body is characterised by its svelte lines, deep creases, and scalloped sides featuring both exhaust outlets and airflow ports to keep engine bay temperatures down.

No records were kept of the Kircher Special’s competition history, though we do know it was raced extensively and Kircher was wrote: “I do not have a list of all the events we participated in, but we won most and never did worse than 3rd in class.”

By the mid-1950s the European competition had all improved their cars significantly and the Kircher Special was no longer as competitive as it once was. It was decided to fit a new, more powerful engine and it was discovered that the SOHC fuel-injected straight-6 from the Mercedes-Benz 300 SL Gullwing would fit neatly into the engine bay. 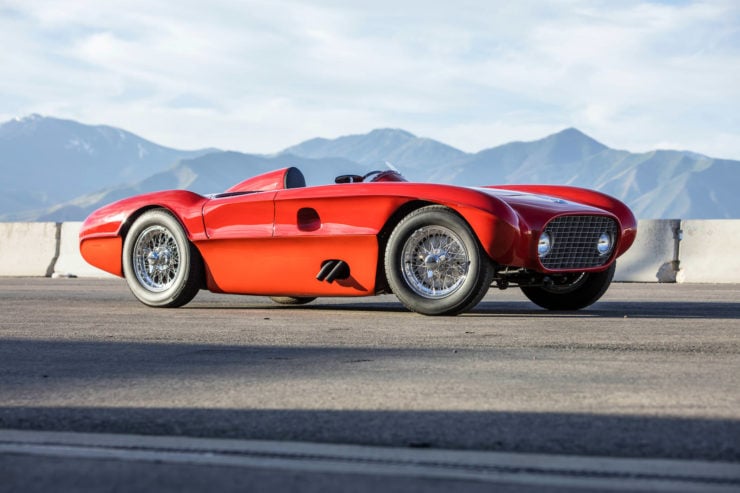 The original Mercedes engine that had been found in a wrecked Gullwing was traded to a friend in Germany for a performance-modified version that had apparently been prepared for the Mille Miglia, with its matching 4-speed transmission.

It would be this racing engine that would be fitted to the Kircher Special, it featured a series of performance upgrades including a racing camshaft that boosted power to over 240 bhp. Performance has been described as “brisk” which is probably somewhat of an understatement given the low kerb weight and high power output – particularly by the standards of the day.

As its competition life came to an end the car was sold to its original designer, Charles Lyons, who kept it for a number of years. Over the course of its life the car has been owned by Bugatti collector Carlton Coolidge and the Blackhawk Museum. More recently it’s been to New Zealand, Singapore, and Malaysia and it was invited to take part in the prestigious 2014 Amelia Island Concours. 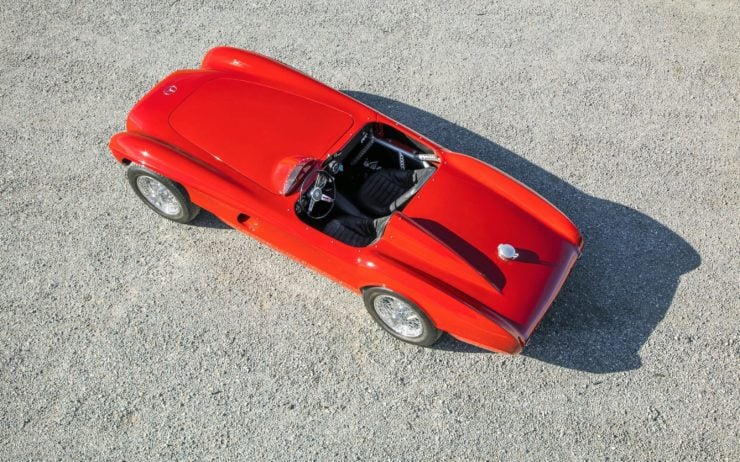 As with many (if not most) sports racing specials from this era the Kircher Special was fitted with a number of different engines over the course of its life.

Starting with the Jaguar XK engine it has since been fitted with only Mercedes engines including the Mille Miglia 300SL engine, a standard road 300SL engine, and the current 300SL engine which was fitted by the current owner – a man who bought the car specifically for the engine as he already owned the 300SL Gullwing for which it was the matching-numbers unit.

In recent years the car had a cosmetic restoration by the team at Moore’s Automotive Archeologists, and it’s now presented in excellent overall condition. Bonhams estimate that it’ll sell for between $300,000 and $400,000 USD when it crosses the auction block on the 16th of August, and you can click here if you’d like to read more about it or register to bid. 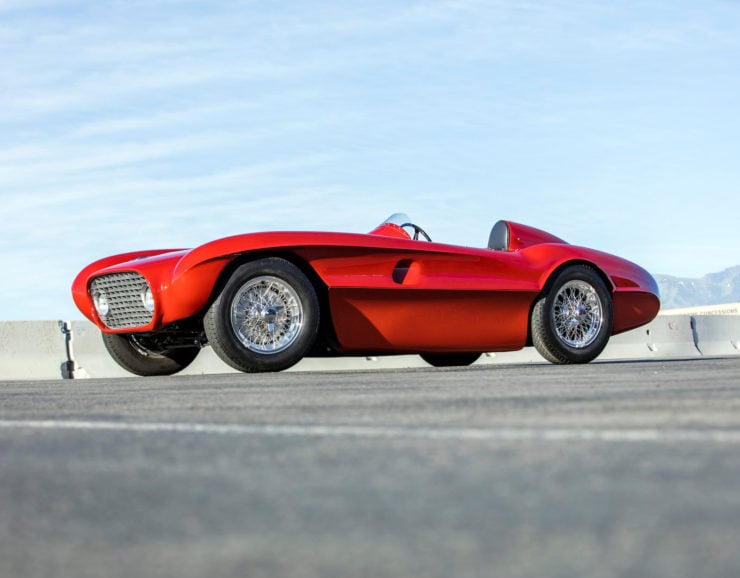 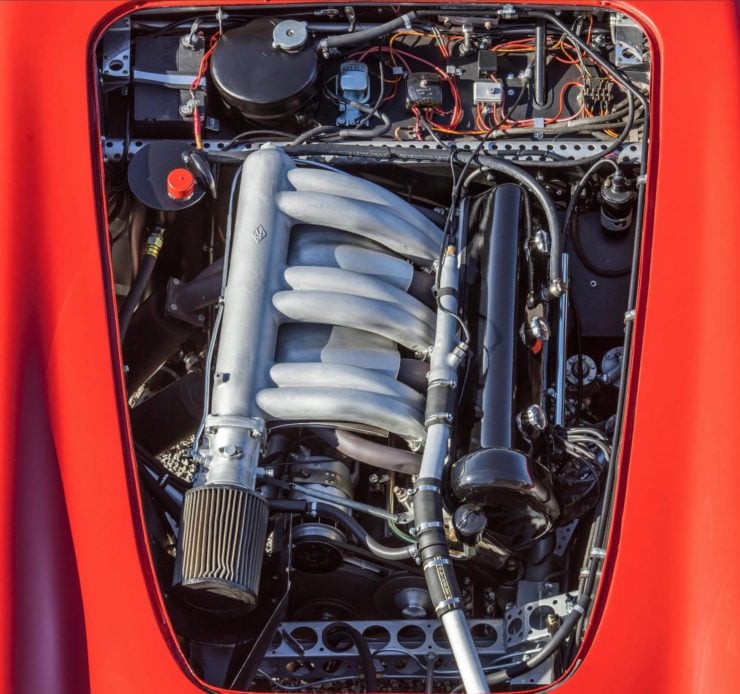 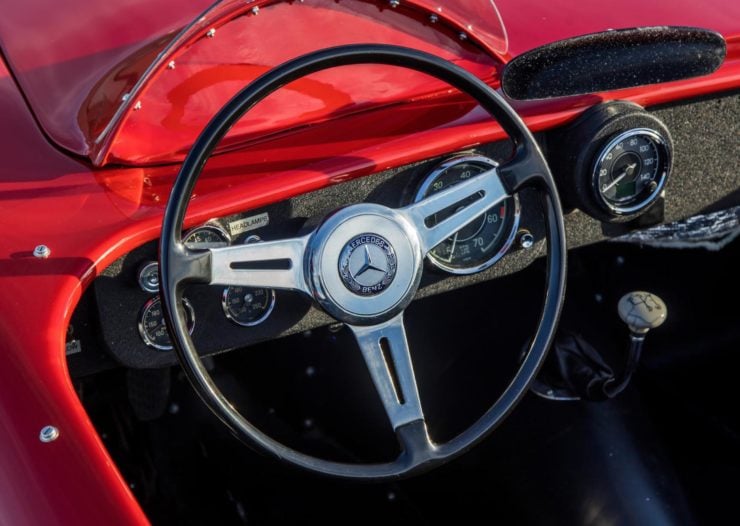 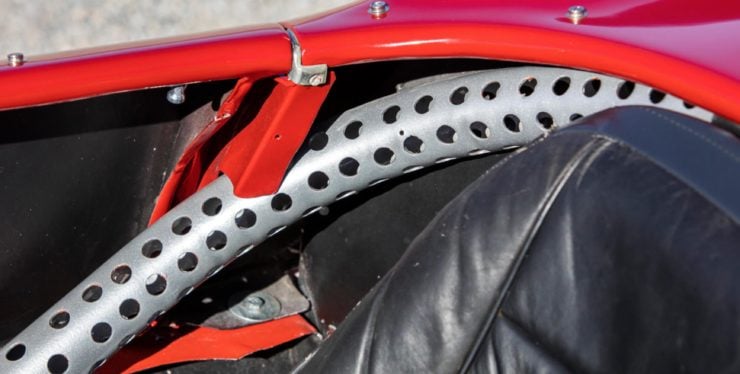 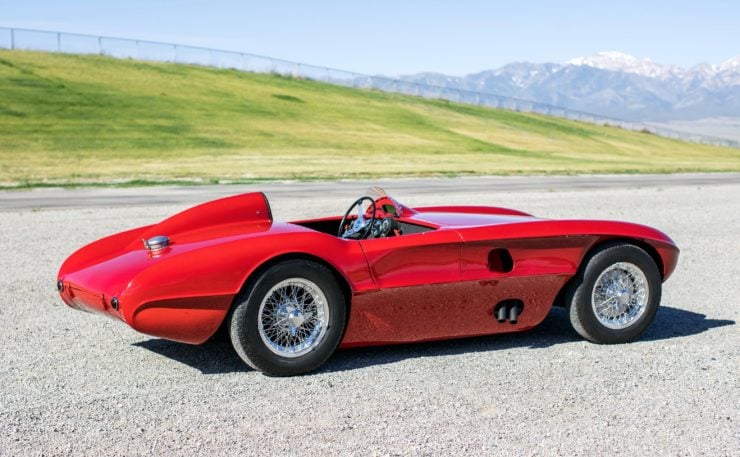 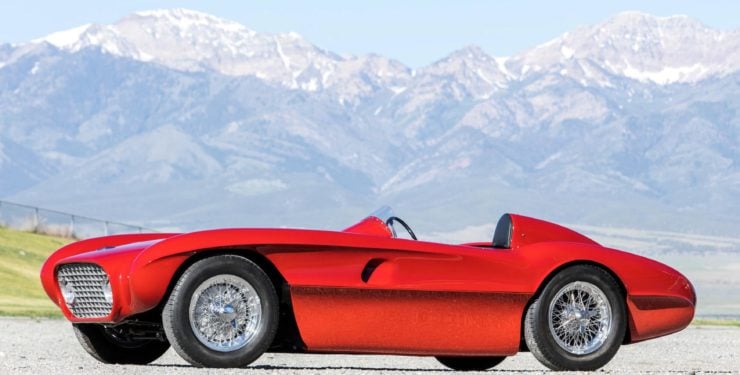 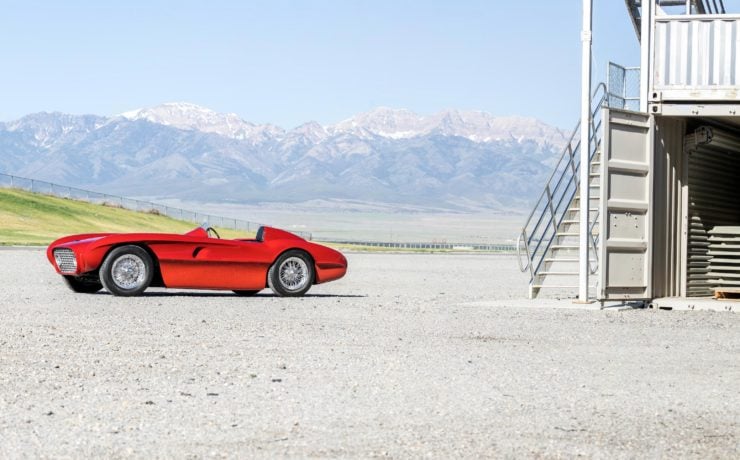 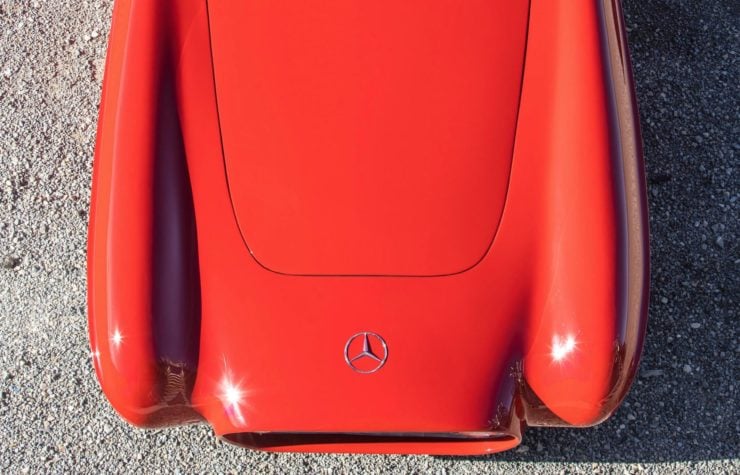 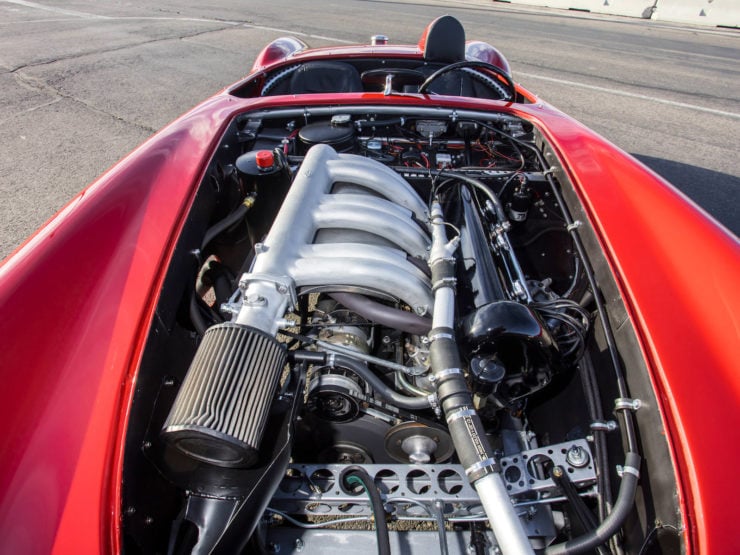 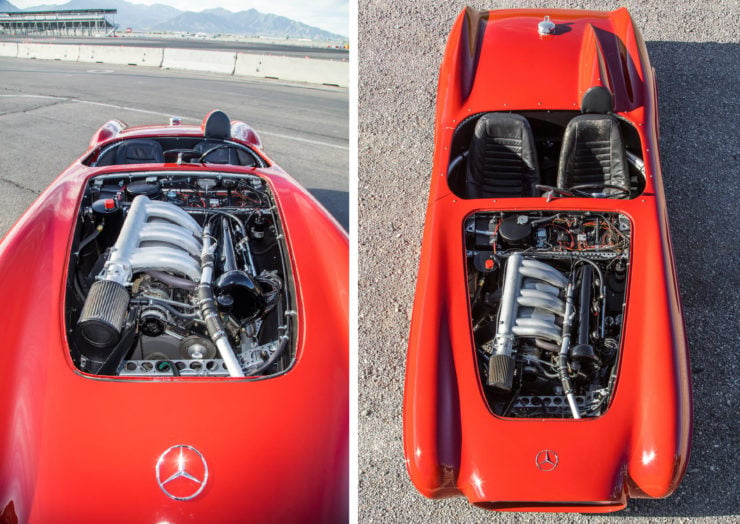 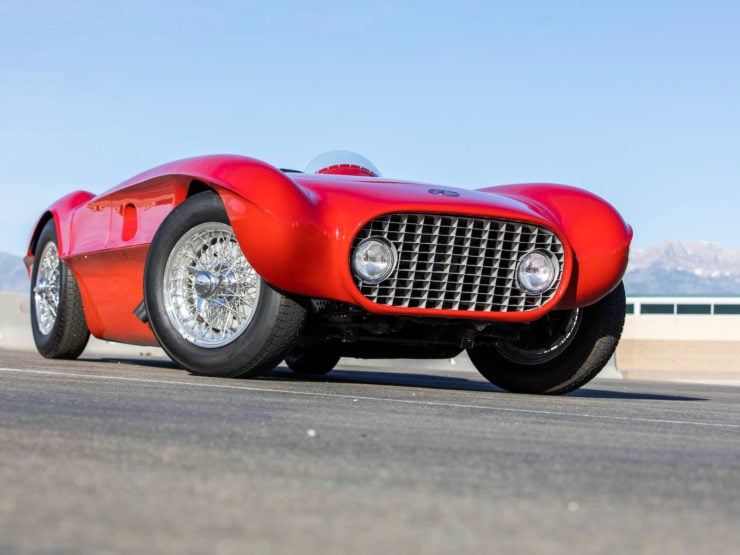 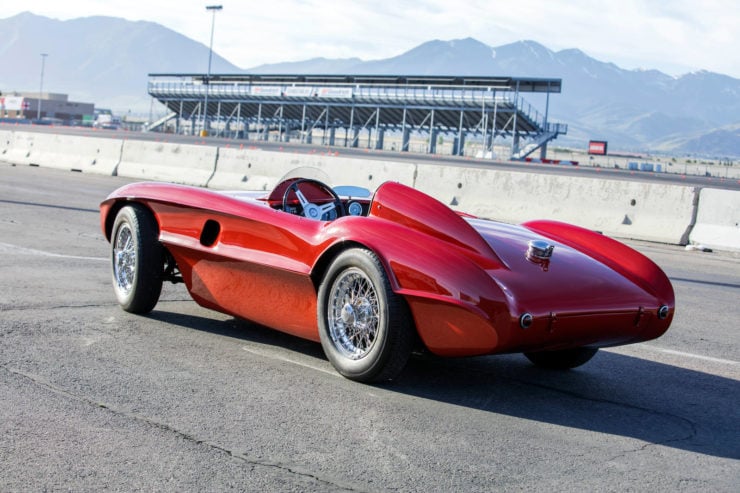 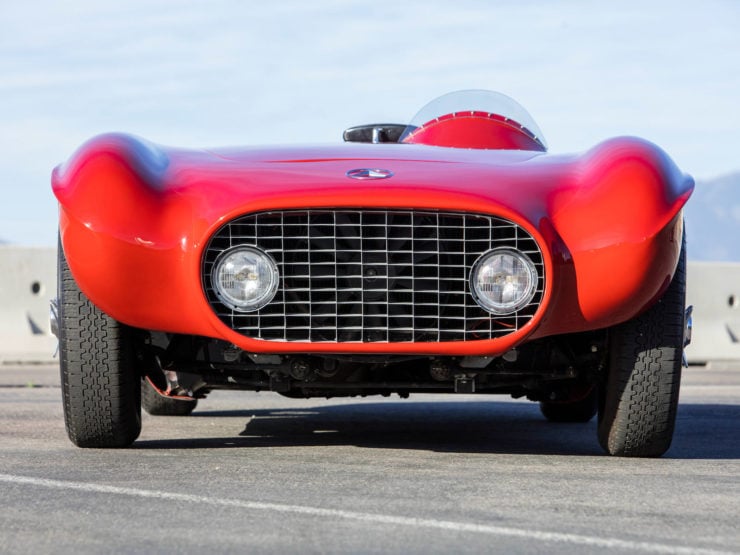 This is the monocoque of a Ferrari 412 T2 Formula 1 car driven by Gerhard Berger in 1995. Modern Formula 1 cars all use a similar structure that centers around a carbon fibre monocoque,…

This delightful little Honda N600 is a road-legal minicar that was built to be perfect for towing behind an RV. The Honda 600 was a sound choice for the customization as it has a…