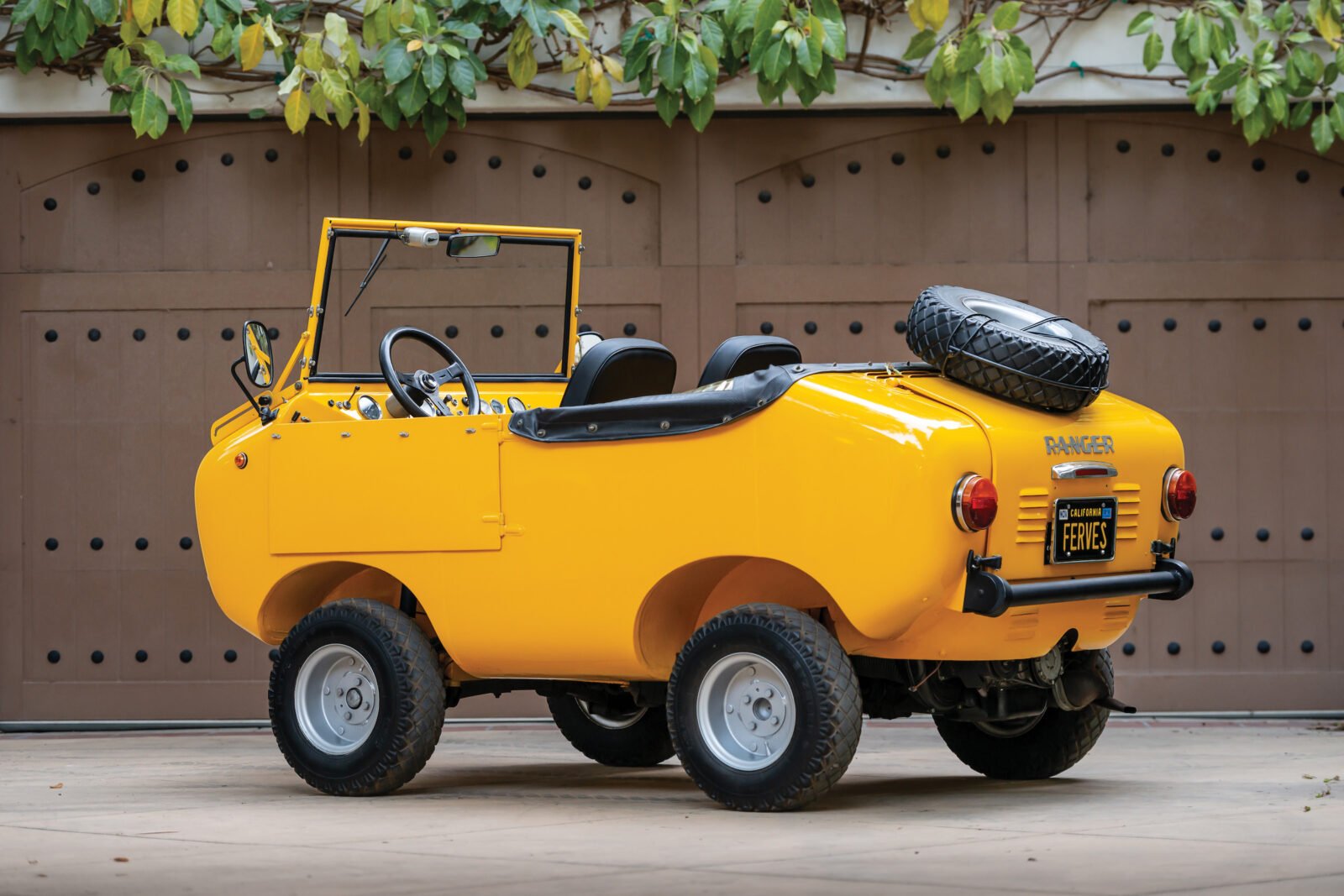 The Ferves Ranger is a fascinating little Italian microcar associated with the Ferrari name that has great light-off-road ability for farm or vineyard use, and good manners on-road at lower urban speeds. Owners could physically push, pull, or slide the car out of most situations where it would otherwise be bogged, so the Ranger rarely if ever needed to be pulled free by another vehicle.

Both offered independent front and rear suspension, an 18 bhp, 499cc air-cooled two-cylinder engine, and a four-speed manual transmission. Later models would get the option of a five-speed transmission and locking differentials, and a cargo/pickup version was introduced.

Under the skin, the Ferves Ranger features a variety of Fiat parts from both the Fiat 500 and the Fiat 600, the rear mounted engine comes from the 500, and the all-independent suspension from the Fiat 600D. 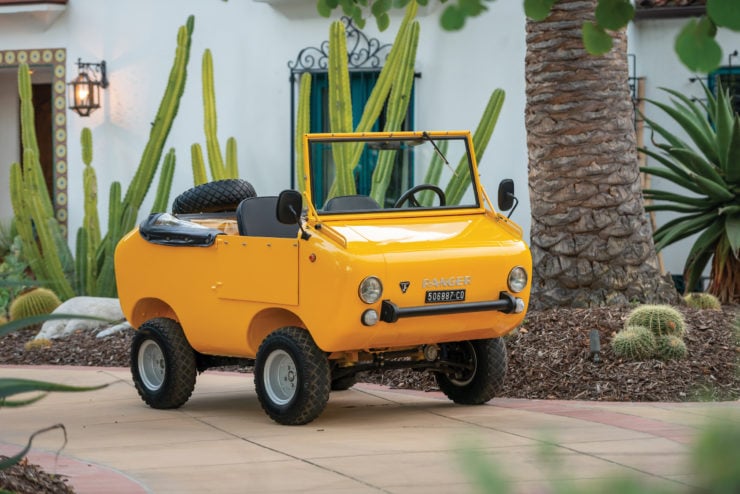 The Ranger was designed by Carlo Ferrari to offer the Italians an off-road answer to vehicles like the Fiat 500 and the later Fiat Panda. He wanted to create an affordable and simple car that was perfect for both the tight, twisting streets of Italian cities but still be able to traverse farmland and off-road terrain when needed.

The Ferves Ranger is constructed from a combination of steel and riveted aluminum, with simple flat sides, a flat fold-down windshield, a simple folding roof system, a minimalist interior, and seating for four adults.

Although he has a famous name, no other information is readily available on Carlo Ferrari. He obviously has one of the most famous surnames in the global motoring industry, the name “Ferves” is a combination of FERrari VEicoli Speciali (Ferrari Special Vehicles) – he clearly didn’t have the option of using his surname as the marque name.

Just 600 or so examples of the Ferves Ranger were ever built, and it’s thought approximately 50 have survived to the modern day. Unlike with many low production volume vehicles the Ranger makes use of easy to obtain Fiat parts, making maintenance a breeze for a Fiat-trained mechanic. 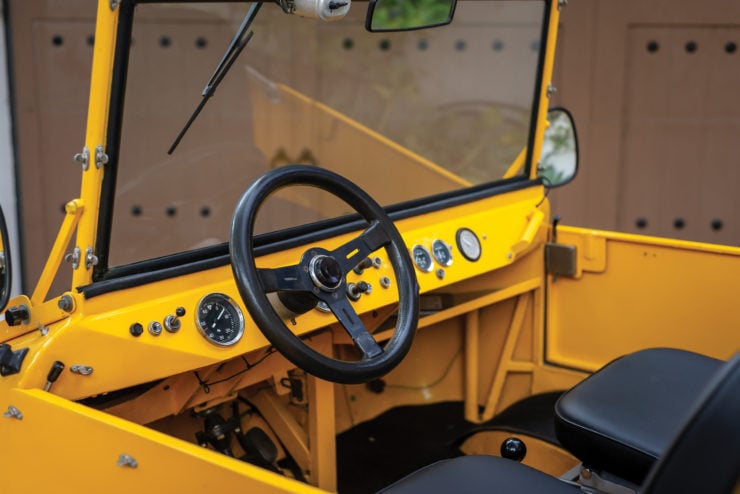 The two and four wheel drive versions offer no key differences other than the number of wheels driven and the kerb weight, with the four wheel drive version obviously being a little heavier. The excellent entry and departure angles combined with the reasonable ground clearance and the relatively narrow track width made the Ranger a spritely performer off-road, and they became popular with their owners for this reason.

The two wheel drive variant had slightly better fuel economy and was ideal for use around small towns, beachside communities, on farms, and on private estates. Famed industrial designer Philippe Starck owned a green one for a number of years, and there are others in private hands in Italy, throughout Europe, and there are a small number in the USA.

The Ferves Ranger shown here is a two wheel drive variant finished in bright yellow, it has a folding top that can be erected quickly to keep passengers dry if the weather turns sour. It’s been in the care of a dedicated owner and it presents in great condition throughout, ready for many more years of use from its new owner.

It’s due to roll across the auction block with RM Sotheby’s on the in mid-August in Monterey with an estimated hammer price of between $30,000 and $40,000 USD. If you’d like to read more about it or register to bid you can click here to visit the listing. 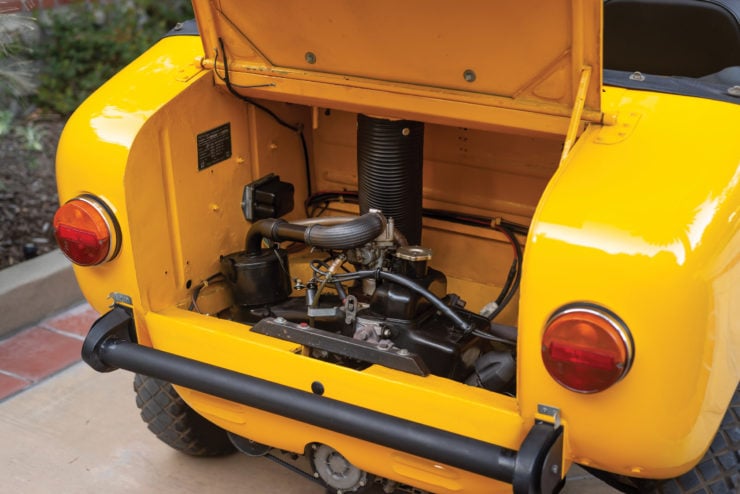 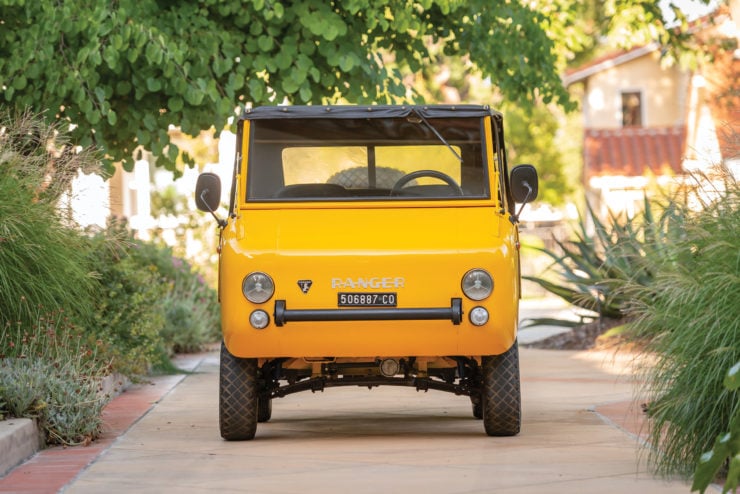 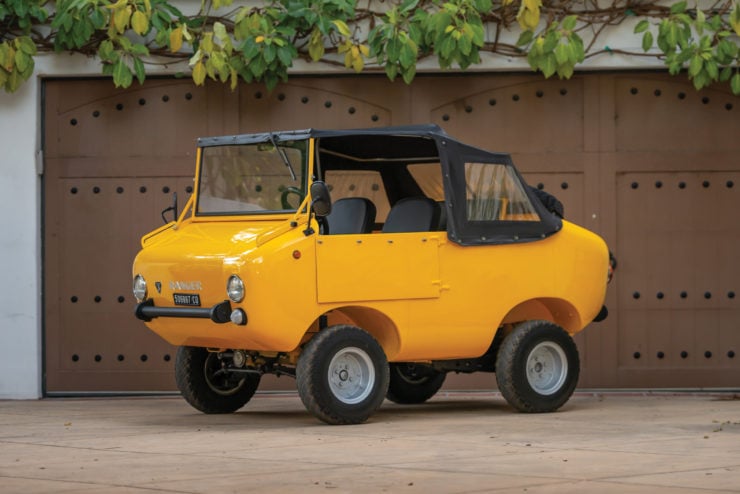 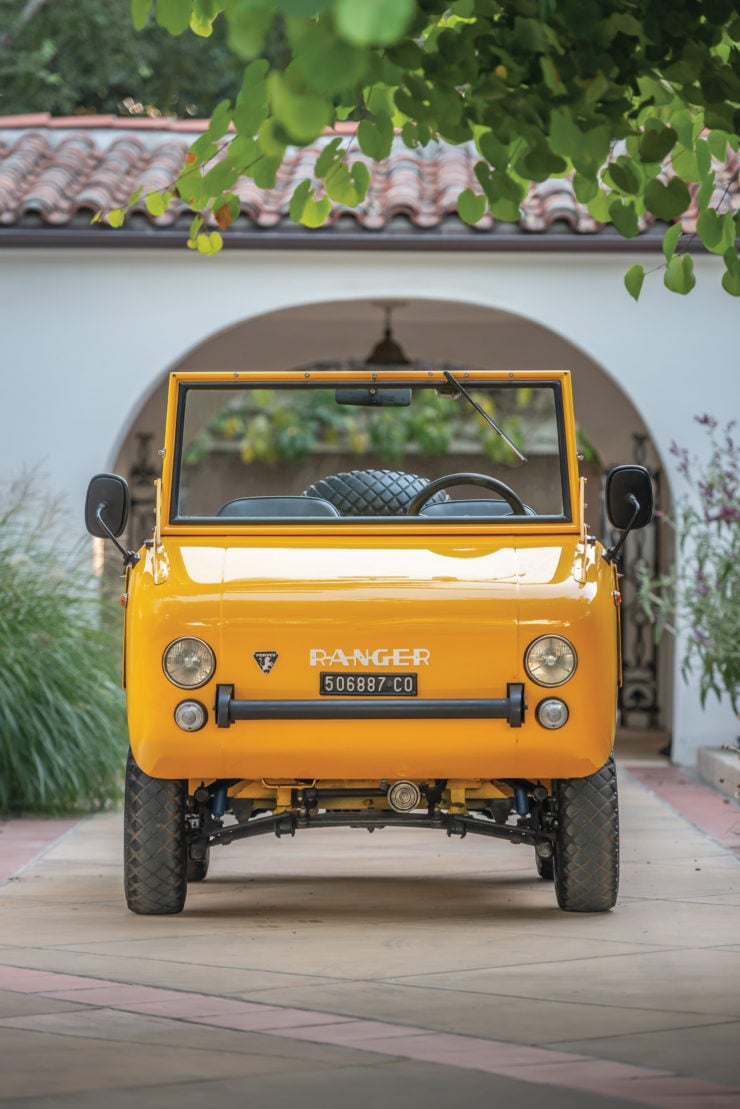 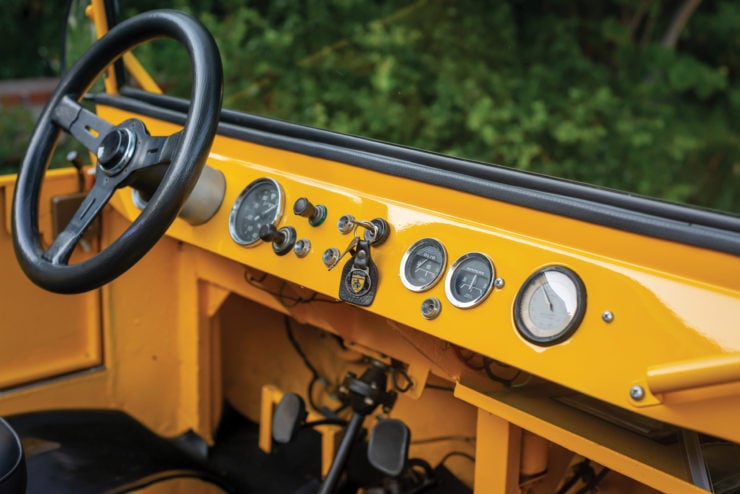 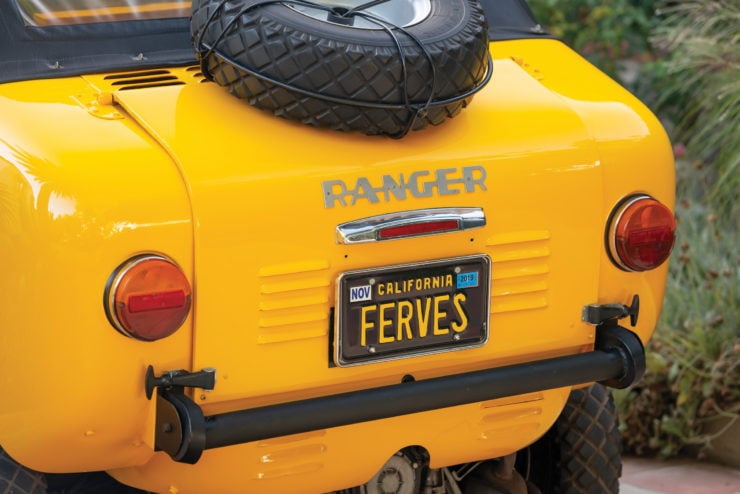 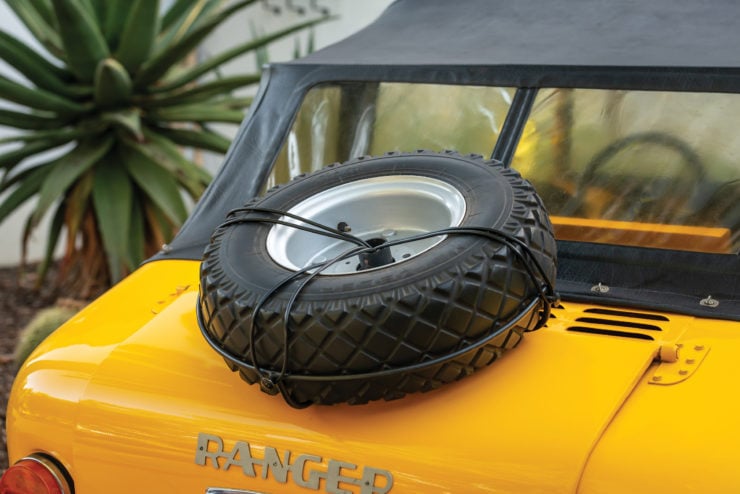 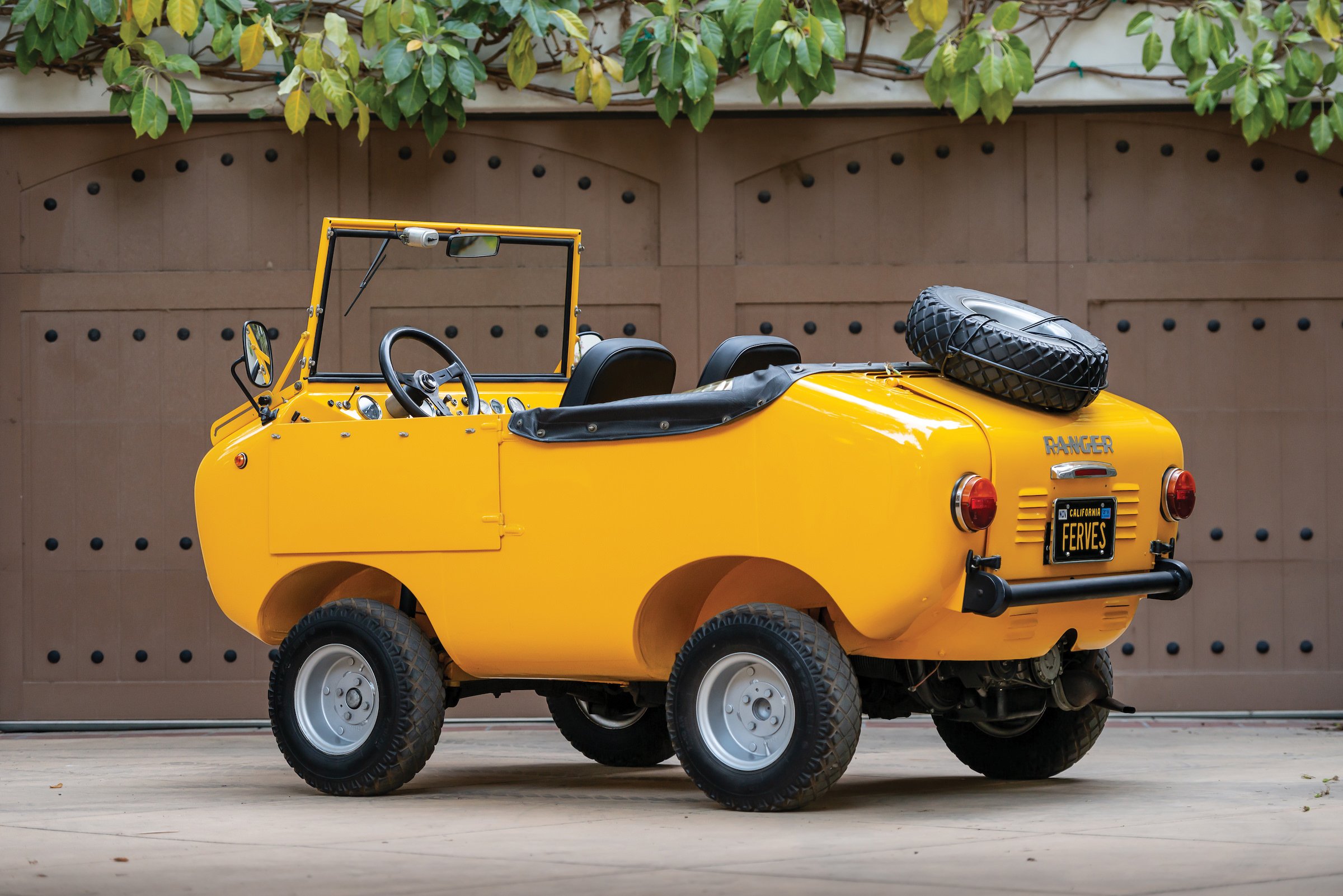