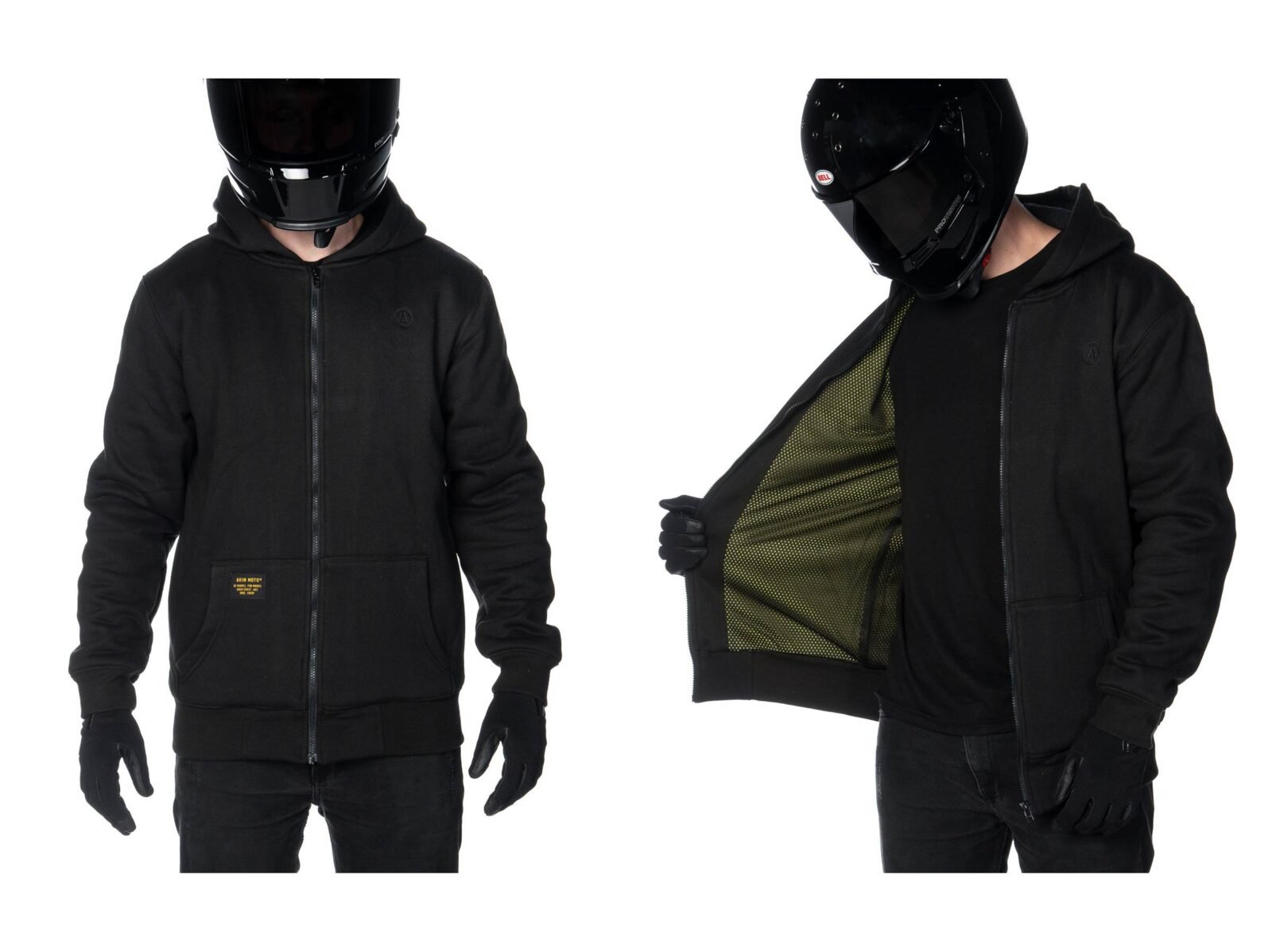 This is the Protective Motorcycle Hoodie from the team at Akin Moto, it’s been designed for use by motorcyclists with a full DuPont Kevlar® lining for abrasion resistance. The hoodie also has pockets for elbow, shoulder and back armor, and a breathable mesh lining.

Advanced materials like Kevlar have made significant inroads into the world of protective motorcycle apparel. Although it was originally developed as a replacement for steel in car tires by Du Pont scientist Stephanie Kwolek, the material proved to be five times stronger than steel by weight and as a result it was used in everything from bullet-proof vests and bomb suits to space craft and skis.

For motorcycle riders Kevlar provides excellent abrasion resistance with very little additional weight while still being breathable – a feature lacking from leather which has more traditionally been used by riders due to abrasion protection it proves.

The team at Akin Moto are all riders themselves, in fact they founded the company to make protective motorcycle apparel that would look like regular streetwear – like the hoodie you see here.

Each of these hoodies has the aforementioned Kevlar lining and armor pockets, they also have a YKK main zipper, a heavy fleece outer fabric with stretch, and a water resistant internal pocket for your phone, wallet, and or other valuables.

Sizing is available from S up to 3XL, there’s a sizing chart on the site to help you get the right size first time. They do suggest that you go one size up if you’re planning on wearing a sweater under the hoodie for cold weather riding.

The relatively low MSRP of $157 USD was made possible by the fact that they don’t include the armor with each hoodie as most riders already have at least one full set of armor in their jackets, and they don’t typically want to buy more unless they really need to. You can buy the armor separately if you need it of course, it’s possible to buy a whole set on the Akin Moto store. 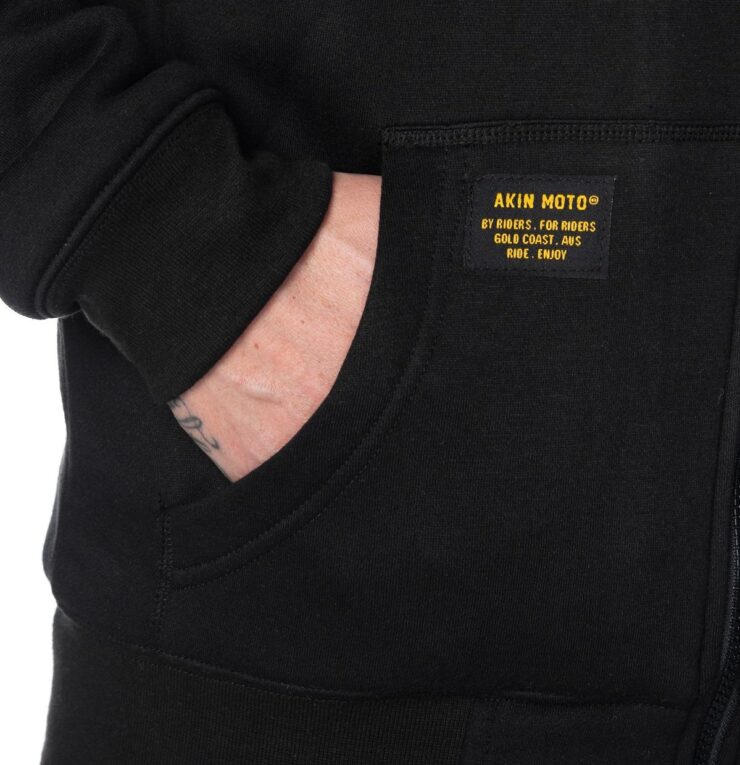 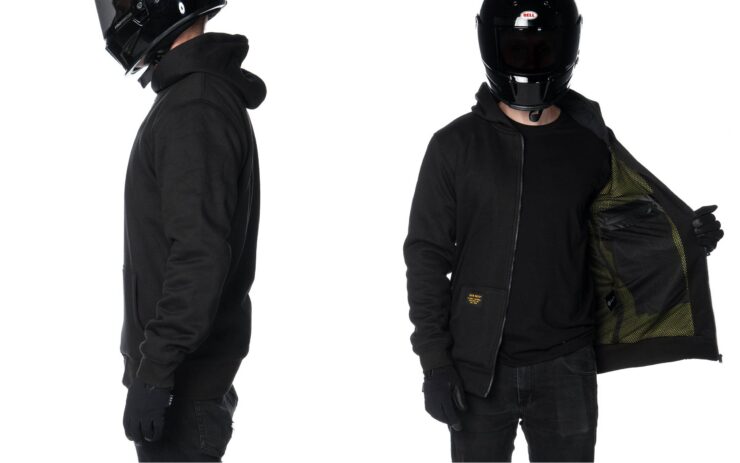