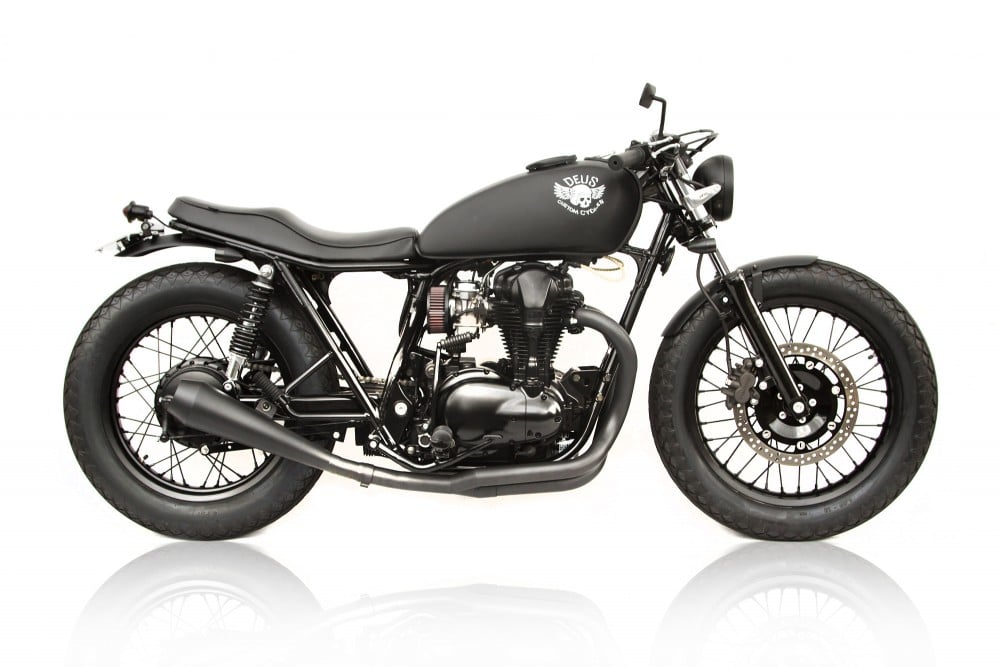 Le Gicleur Noire is French for “always bet on black”, it’s also the (rather fitting) name chosen by Deus Ex Machina for this, their beautiful new Kawasaki W650 custom.

Looking at the side profile of the bike it’s easy to see that it fits the classic Deus style, the mid-frame airbox has been removed and new air cleaners have been bolted right onto the carburettors. A new, ceramic coated 2 into 1 exhaust has been added, the stock rear fender has been tossed and a new, low profile unit has been added.

The over all flat-black colour choice is unusual for Deus but it works well on the Kawasaki W650, this is a bike that can handle twisty roads as well as the occasional sojourn down a beach with a girl on the back seat. If you’d like to see more, click the link here to view the bike’s listing at Deus. 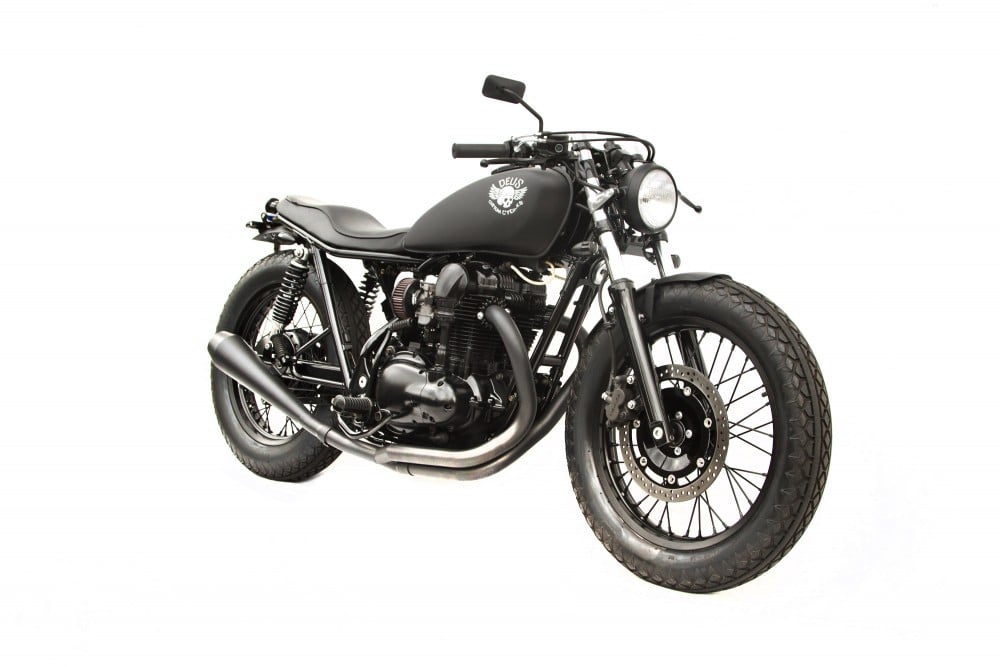 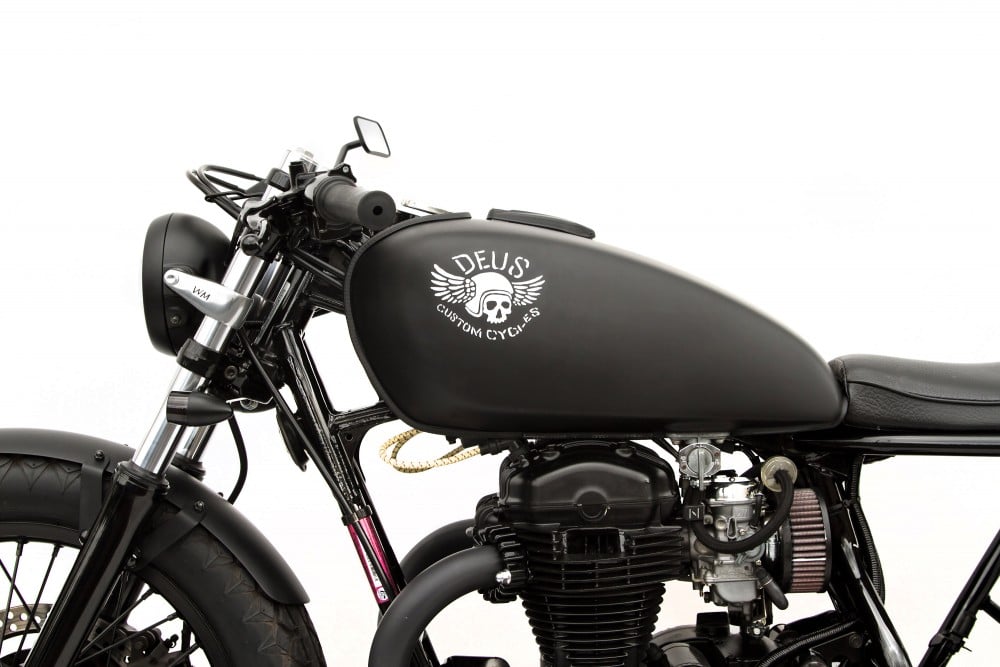 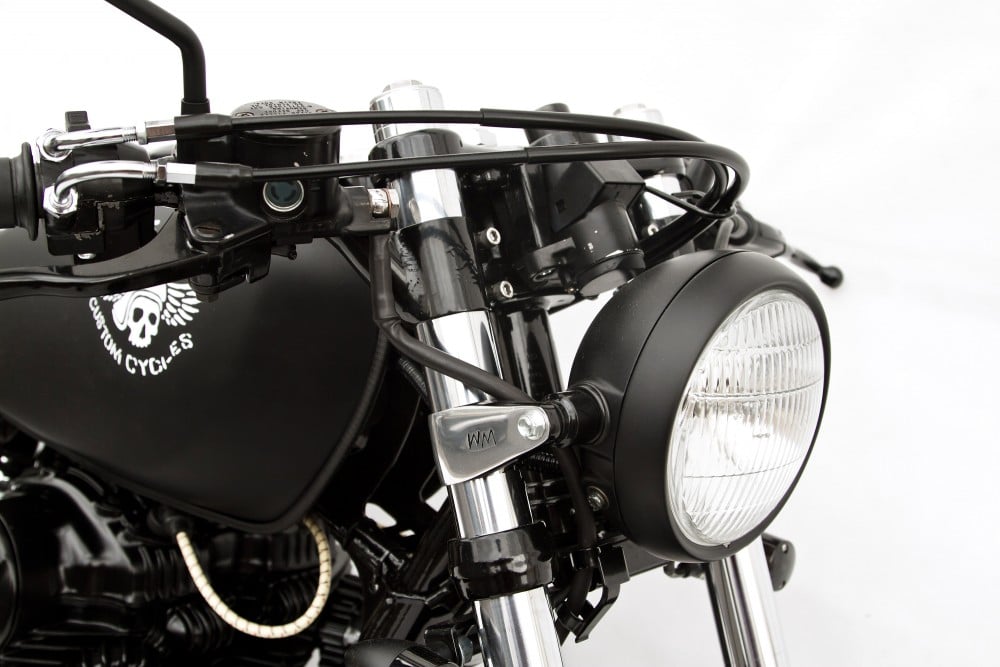 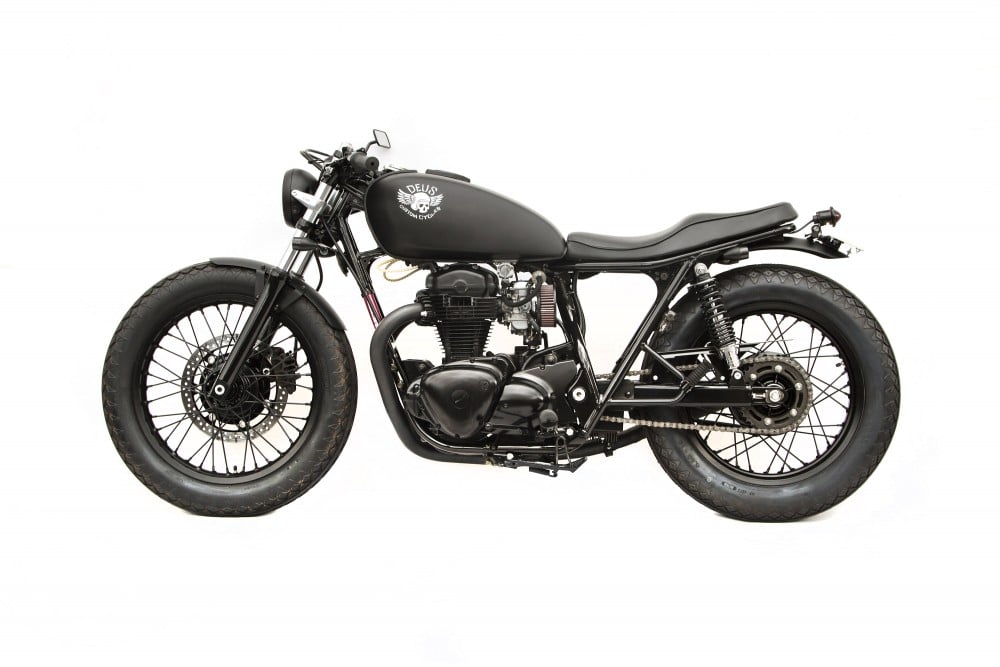 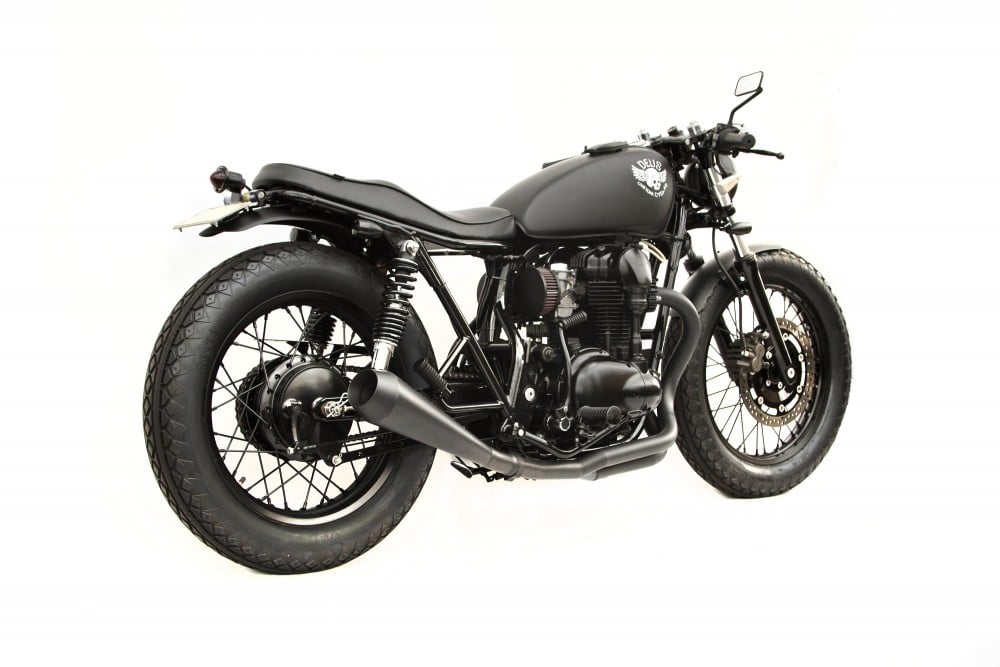 Published by Ben Branch - October 3rd 2012
Related Posts
For Sale: The Cagiva V593 That Won The 1993 USGP At Laguna Seca

This BMW R100R cafe racer was built in Madrid by Efraon and Marcos, the two-man crew that makes up UFO Garage. Efraon is one of those people with an infectious enthusiasm for vintage machines, unlike many…