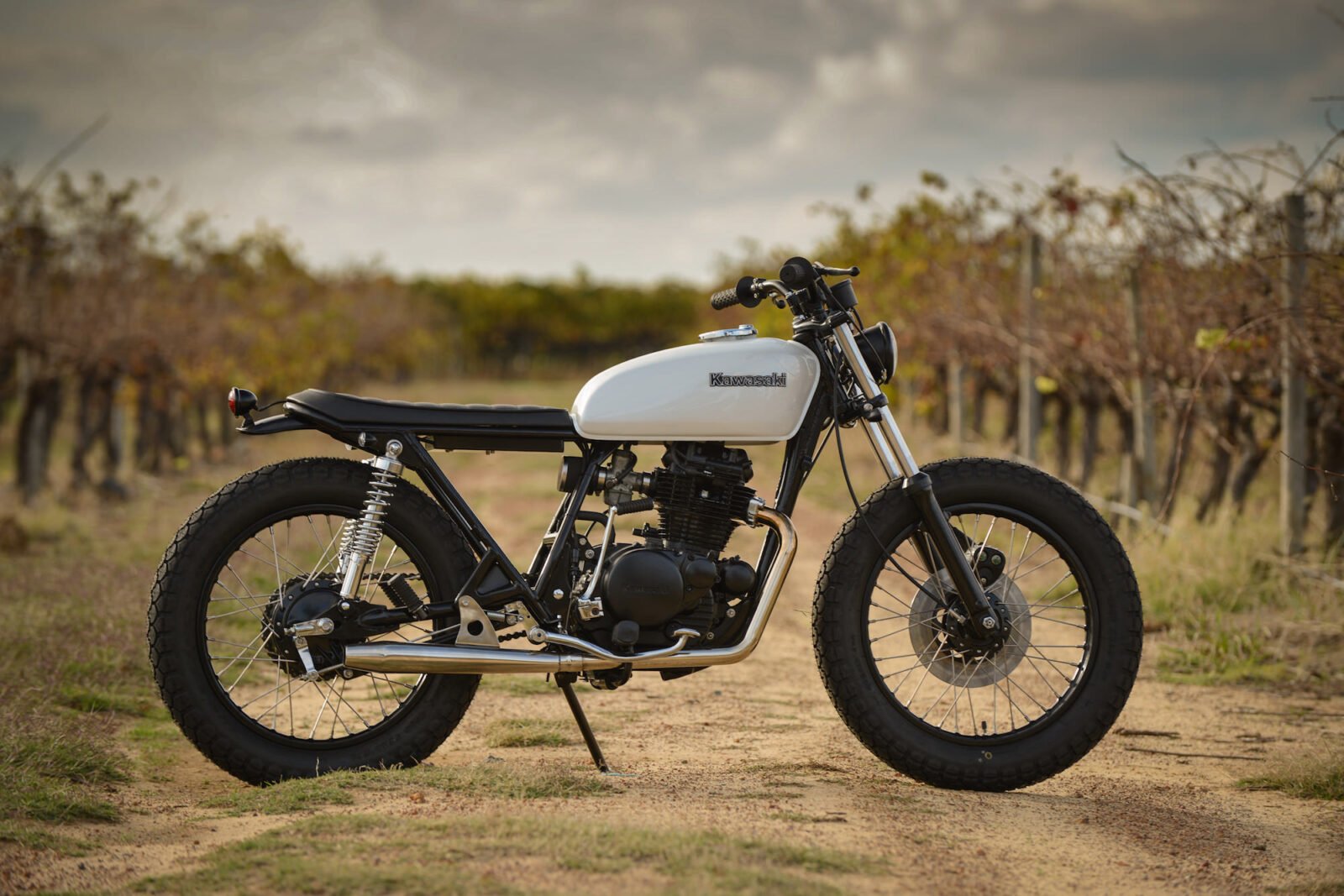 The Kawasaki KZ200 is a motorcycle that was developed largely for the South East Asian market, with a particular focus on Indonesia. For a while back in the 1970s, the Indonesians had a law limiting motorcycle engine sizes to a maximum of 200cc and much of the region still tends to favour engine capacities in this general range.

Kawasaki never really intended the KZ200 to be a particularly exciting bike, the brochure made heavy emphasis about it being an ideal “first motorcycle” due to its light kerb weight of 278 lbs and its manageable power output of 18 hp.

These characteristics have made the KZ200 a popular first motorcycle and/or daily rider elsewhere in the world, the model was briefly imported into Australia in the late ’70s and early ’80s, and many of these now vintage motorcycles are still on the road. The lightweight, narrow frame, reliable engine and tunability have seen the model become a popular target for custom motorcycle builders in recent years – and this tracker is a great example of what can be achieved by someone who knows what they’re doing.

The bike you see here found its way into the workshop of Western Australia-based builder Craig Lyons, who decided to use it as a base platform for a tracker-style custom. Craig wanted to create something unique to raise money for his good friend’s mother in law who was about to embark on her second battle with breast cancer – a disease that has affected many of us either directly or indirectly.

Lyons wanted to create the best custom he possibly could, so he stripped the bike to its constituent parts and began with a full engine-rebuild (an oft forgotten thing when it comes to custom building bikes). Once he had the engine back together and working perfectly he de-tabbed the frame, added a custom seat, hid the electronics under the seat, added some chunkier tyres front and back and gave the whole package a professional coat of paint.

The completed motorcycle is a perfect example of a bike that could be used either as a weekend trail bike or a daily rider for the urban commute, the fundraising is still underway and the winner will be chosen by the end of May 2015.

If you’d like to enter you can do so here, a $25 donation will buy you one entry and a $100 donation will by you 5, your ticket numbers will be emailed to you after your donation is made. Craig will assist with shipping (at the winners expense) to any international location. 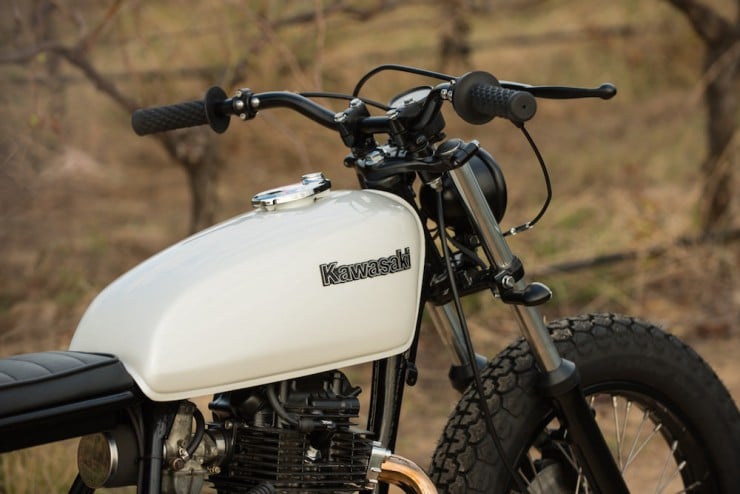 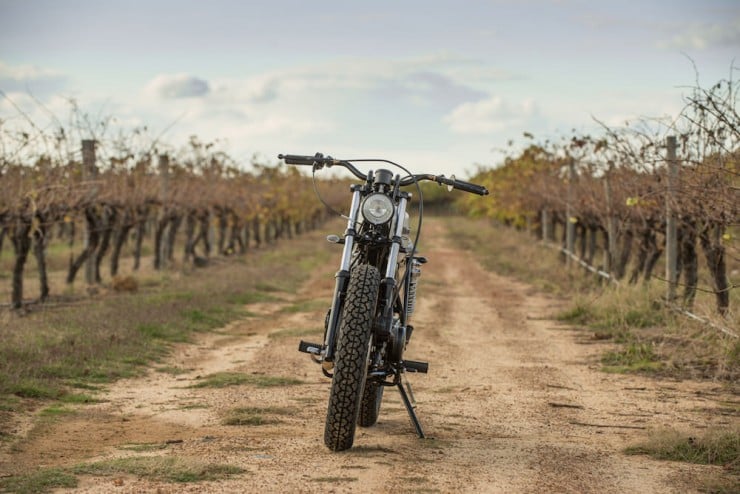 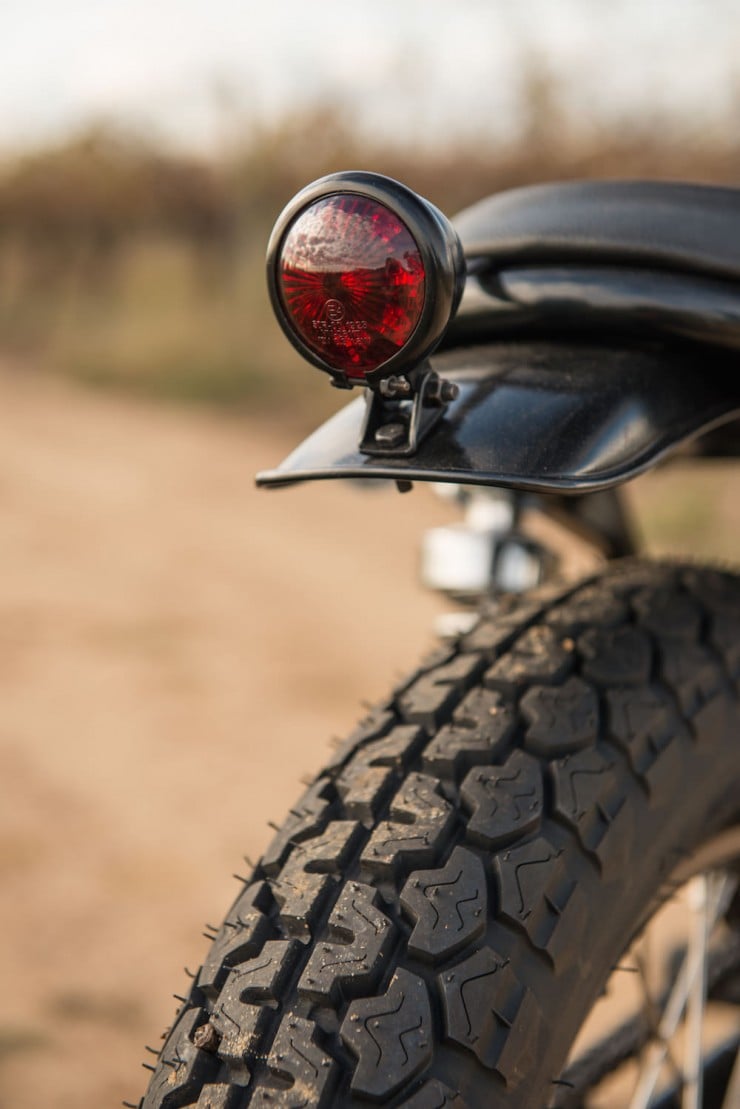 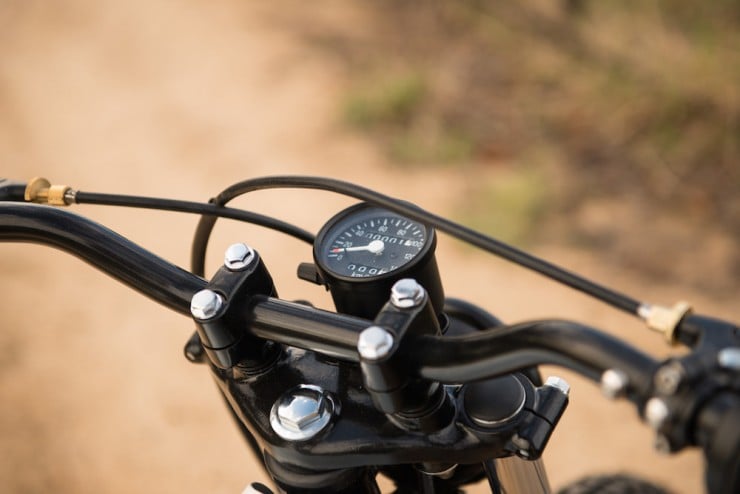 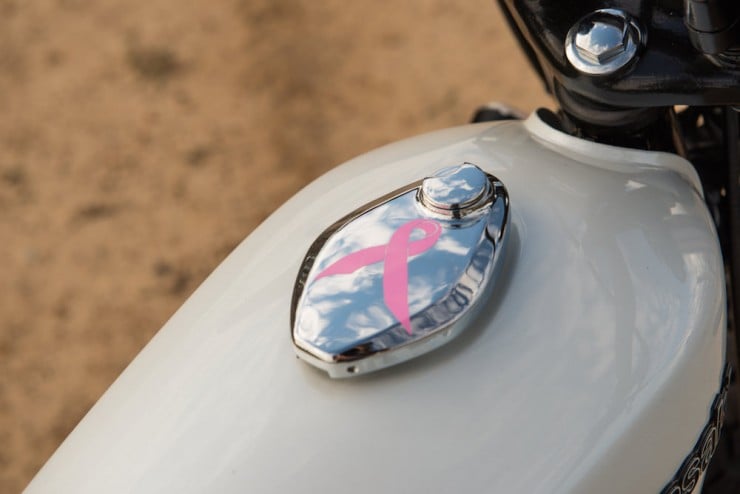 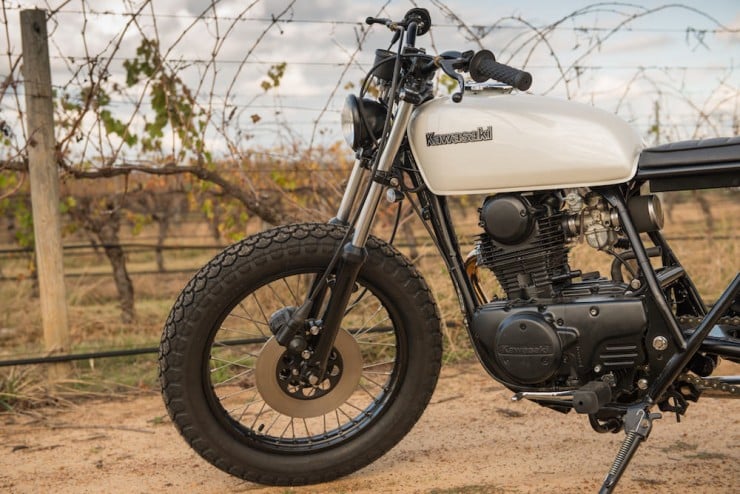 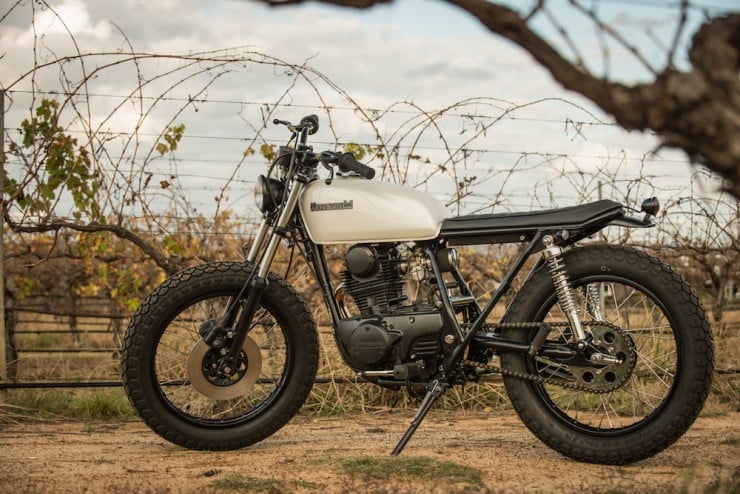 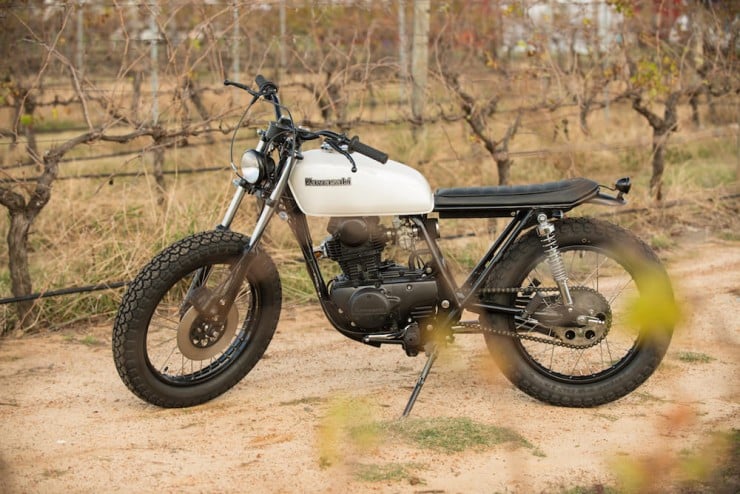 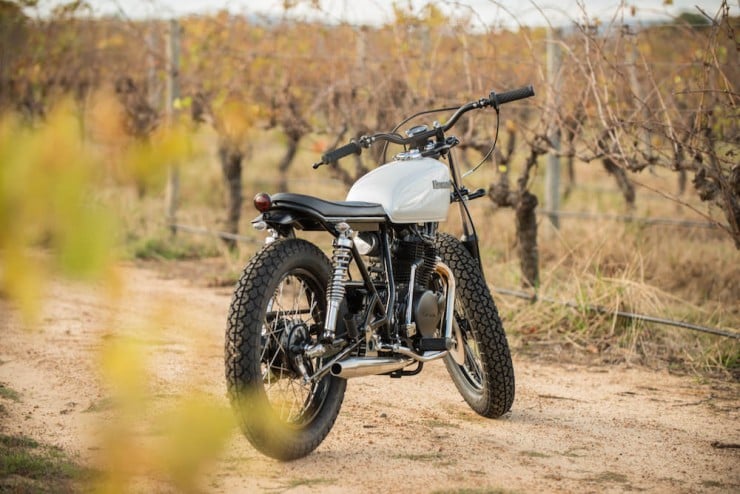 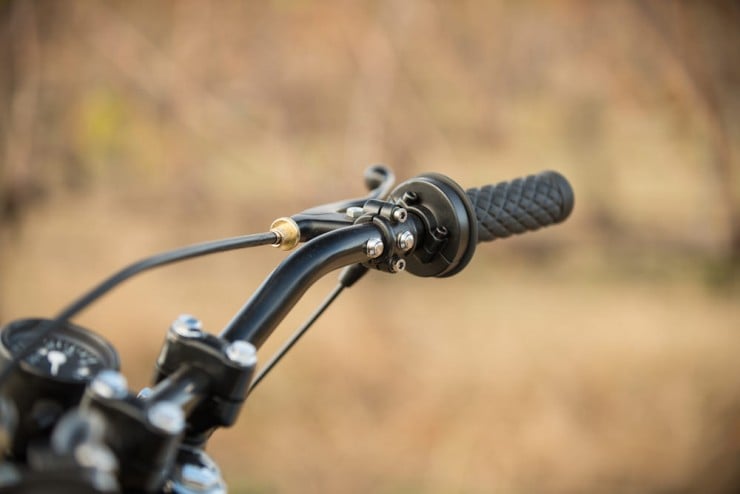 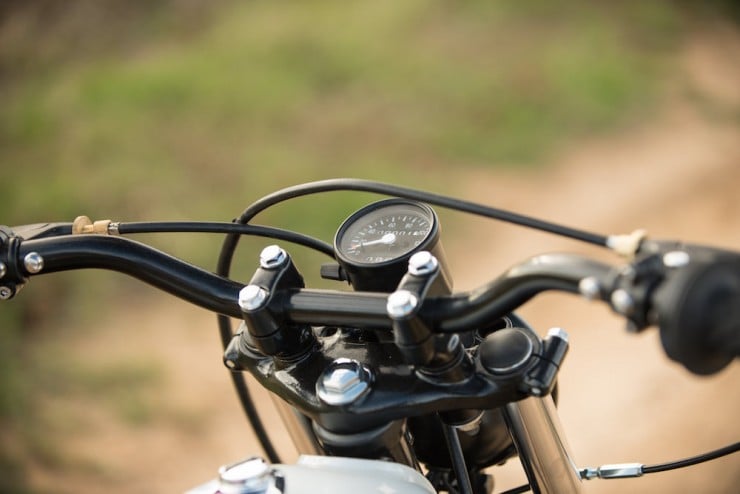 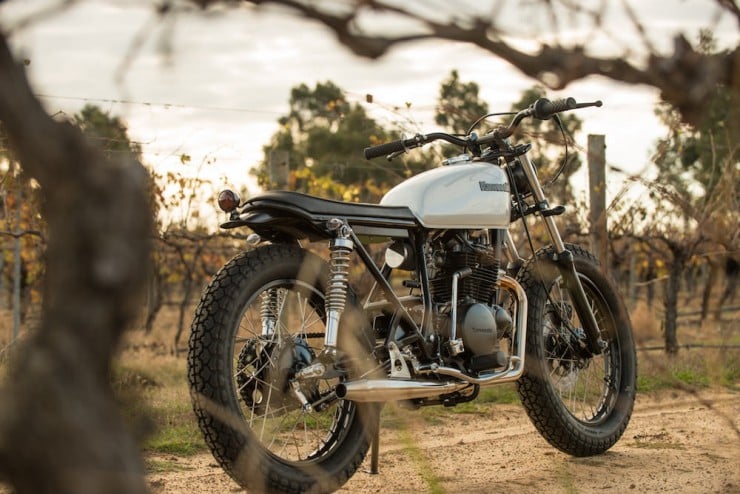 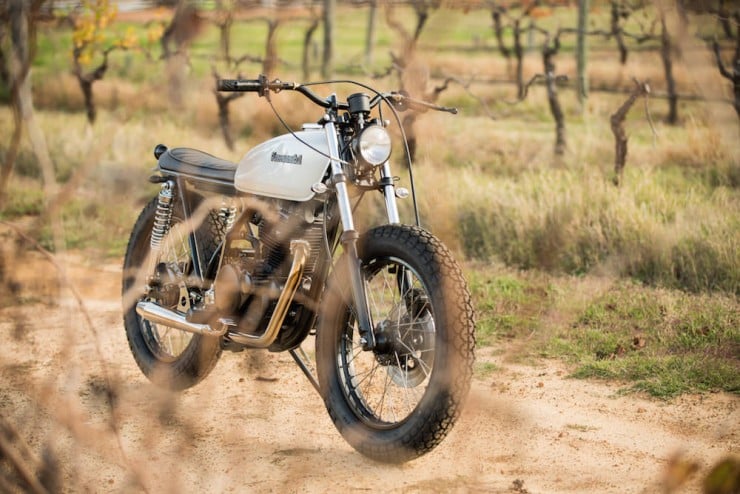 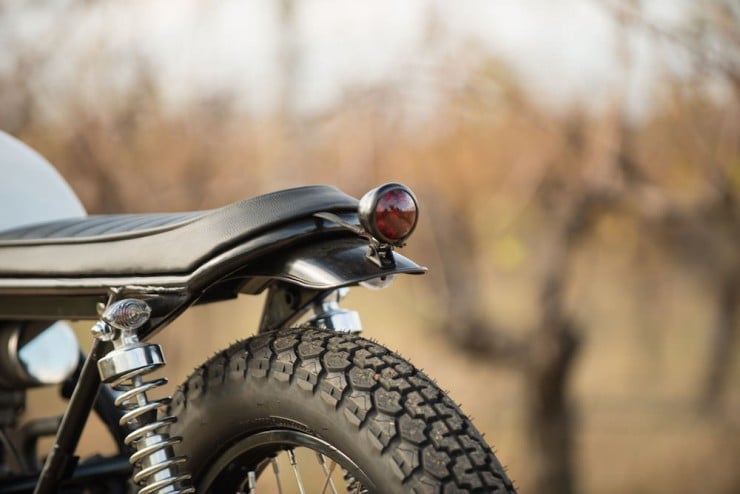 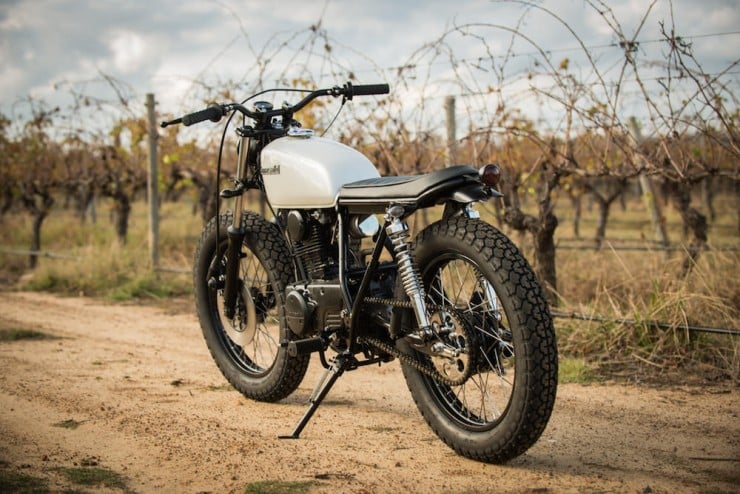 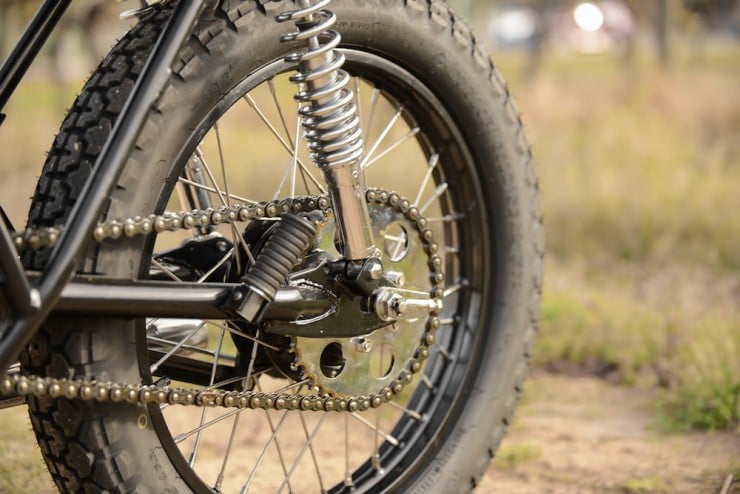 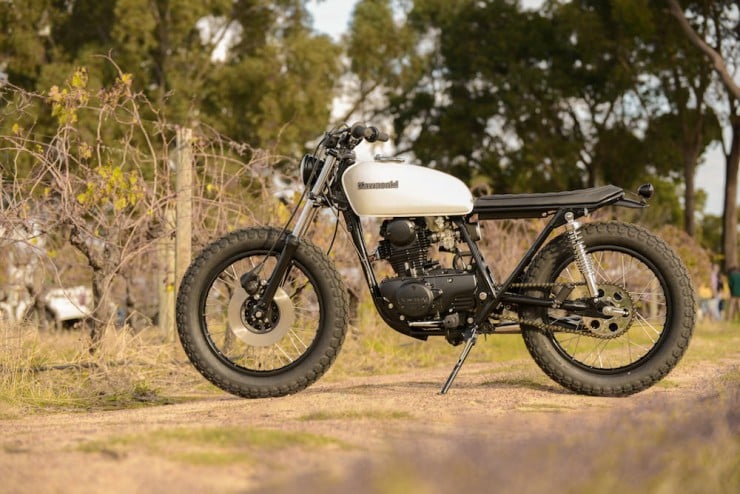 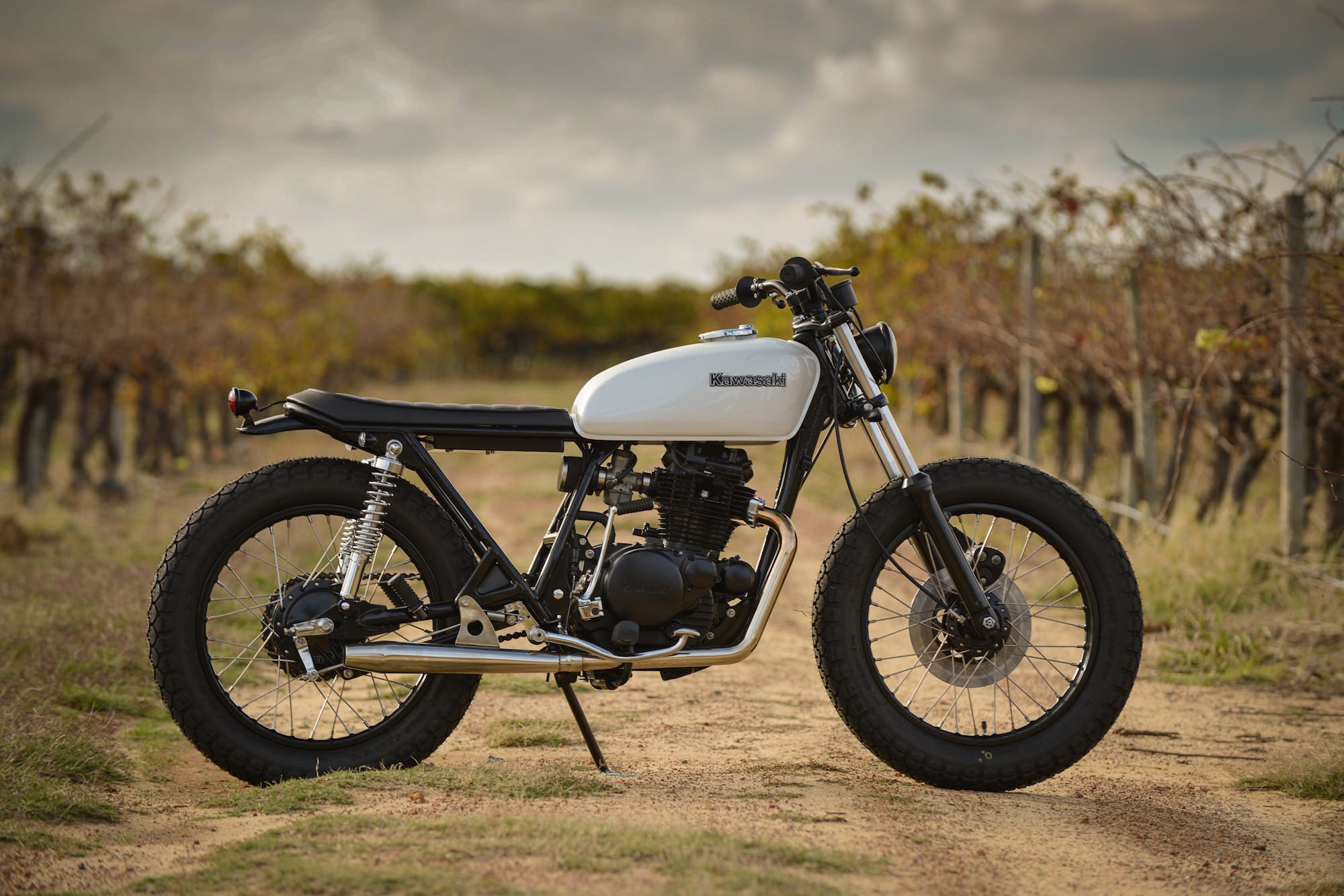