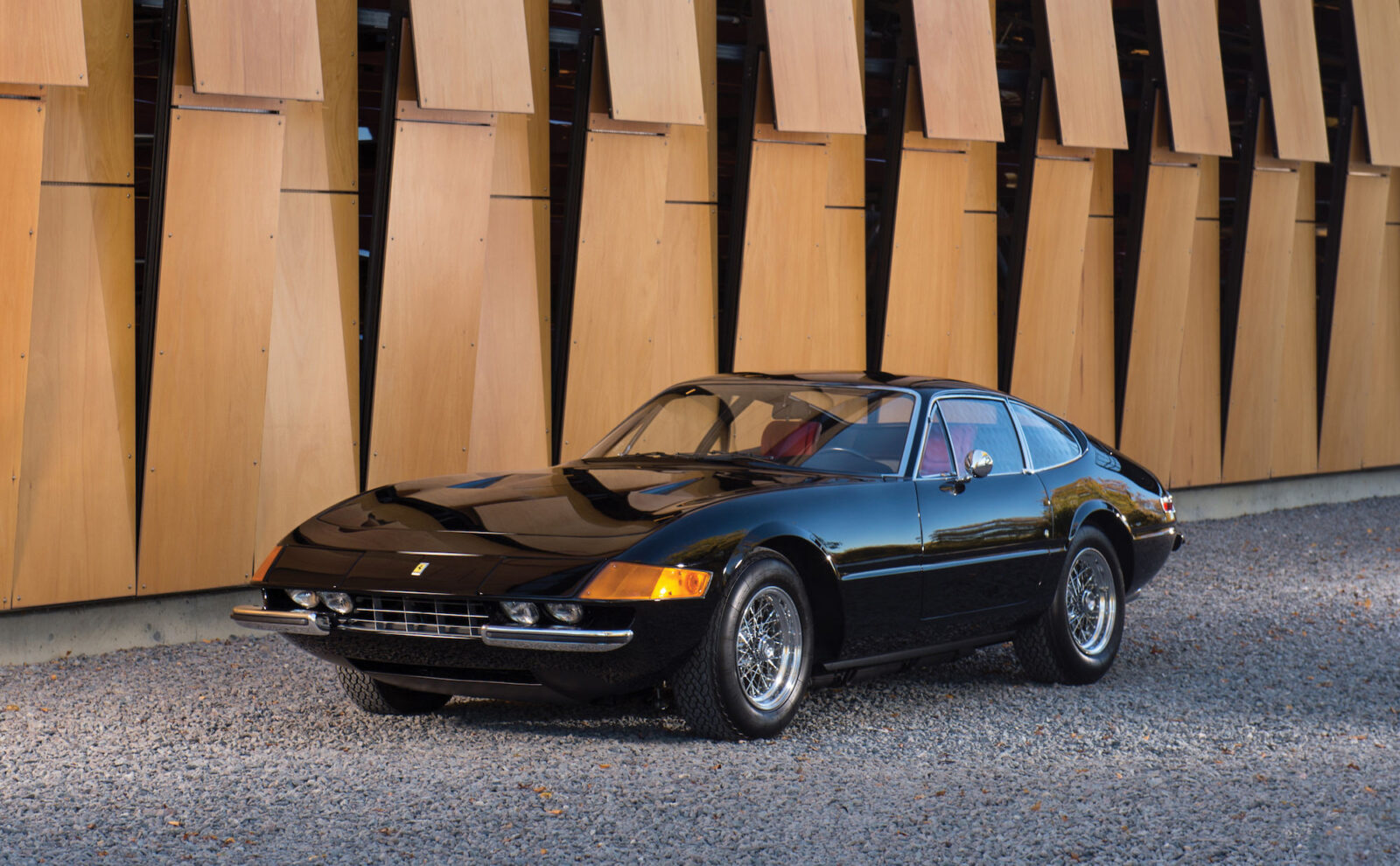 The Ferrari 365 GTB/4 is almost universally known by its unofficial nickname – Ferrari Daytona. Ferrari have never formerly embraced the Daytona label, and even now it only gets a single begrudging mention on their official website.

This moniker was first applied by the media in the wake of the dominant 1-2-3 finish at the 1967 24 Hours of Daytona, and it caught on in popular car culture to the point where many now can’t actually tell you the model’s official factory name.

The official name was a reference to each cylinder’s unitary displacement of 365cc, and the hardtop (Berlinetta in Italian) version had GTB (Grand Turismo Berlinetta) suffixed with the number “4” referencing the number of cam shafts – two per cylinder bank.

The iconic ’80s cop show Miami Vice famously used a replica Ferrari Daytona based on a C3 Corvette chassis – much to the chagrin of the men in Maranello.

Ferrari began legal proceedings against the television show’s producers and by the end of the second season the fibreglass Daytona had been destroyed on screen – to be replaced by a donated Ferrari Testarossa in subsequent seasons.

Ferrari sold the 365 GTB/4 between 1968 and 1973, a relatively long model run for the marque. The major competition for the Daytona was the Lamborghini Miura, a similarly capable supercar that was giving Ferrari a run for its money in the all-important markets of Europe and the USA.

From a purely performance perspective, the Daytona was an exceedingly well designed car. It was designed with unequal length double wishbone independent suspension front and back, with a 5-speed manual transaxle to shift weight back and improve front/back distribution. Stopping was achieved with large 4-wheel hydraulic disc brakes and the frame was of tubular steel construction – offering excellent rigidity and relatively low weight.

Obviously the true hero of any Ferrari is the engine, and the Daytona is no different. It’s fitted with an enlarged version of the iconic Colombo 60° V12 with a swept capacity of 4390cc, double overhead cams per cylinder bank, 6 Weber 40 DCN21/A carburettors and an output of 352 bhp and 431 Nm of torque.

With a top speed of 280 km/h (175 mph), a 0-60 mph of 5.4 seconds and a fuel tank capacity of 128 litres – there wasn’t much if anything on the road that could’ve outrun a talented driver in a 365 GTB/4 in the early 1970s. This particular 365 GTB/4 underwent a full restoration in 2004 by Brandon Lawrence’s Sportscars Italiano of Burlingame, California. Since then it’s achieved Ferrari Classiche Red Book certification, and won a Platinum award at the 2009 FCA International Concours at Concorso Italiano.

If you’d like to read more about this car or register to bid on it when it comes up for sale next month, you can click here. 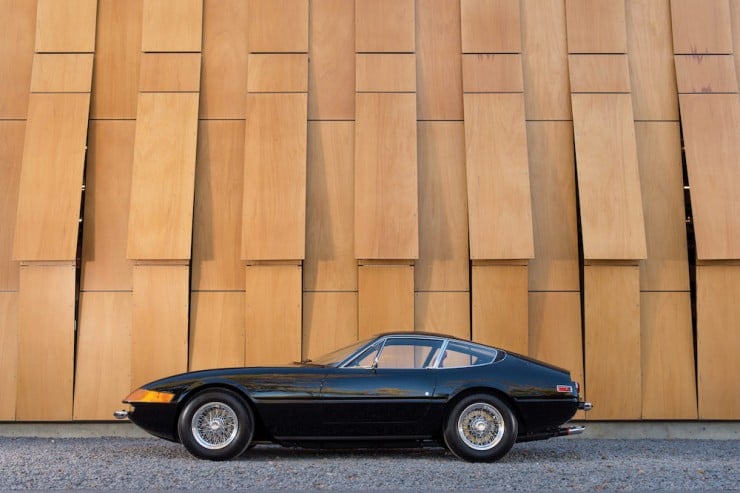 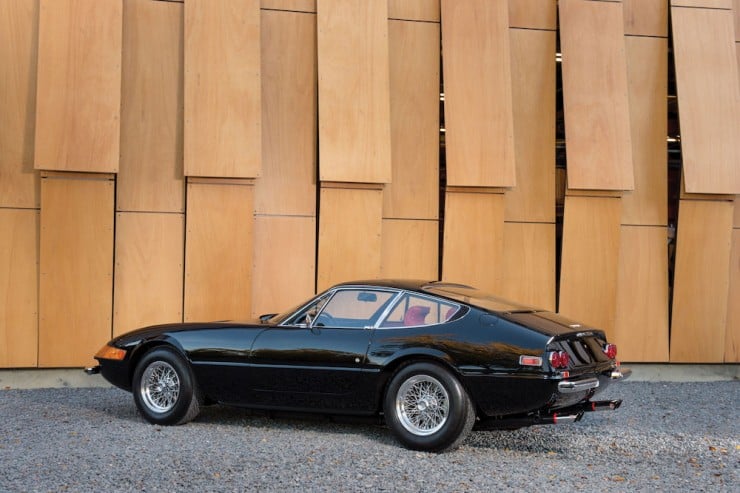 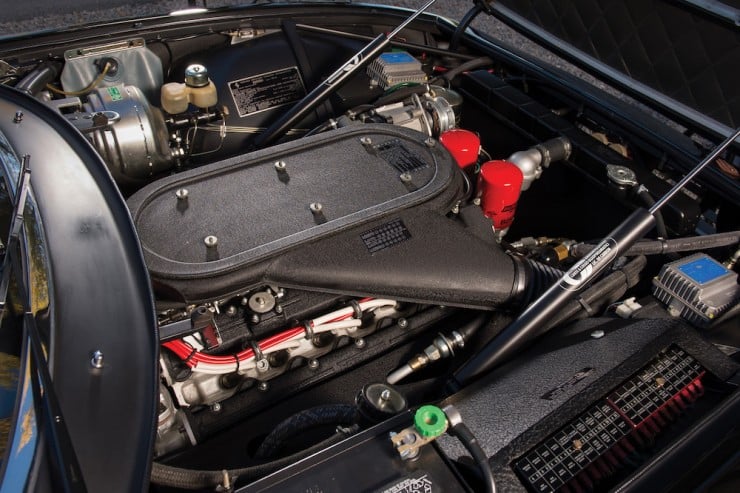 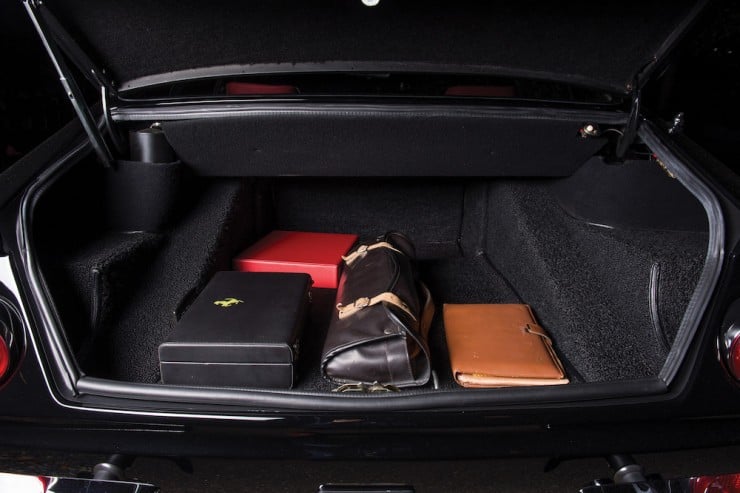 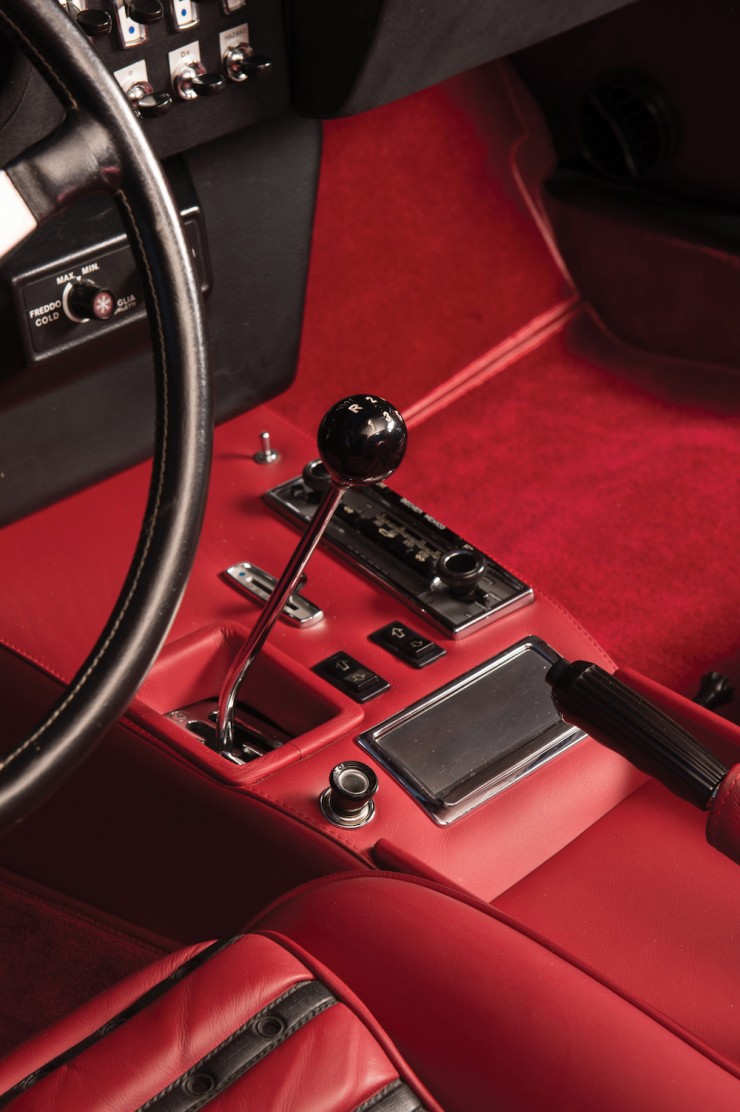 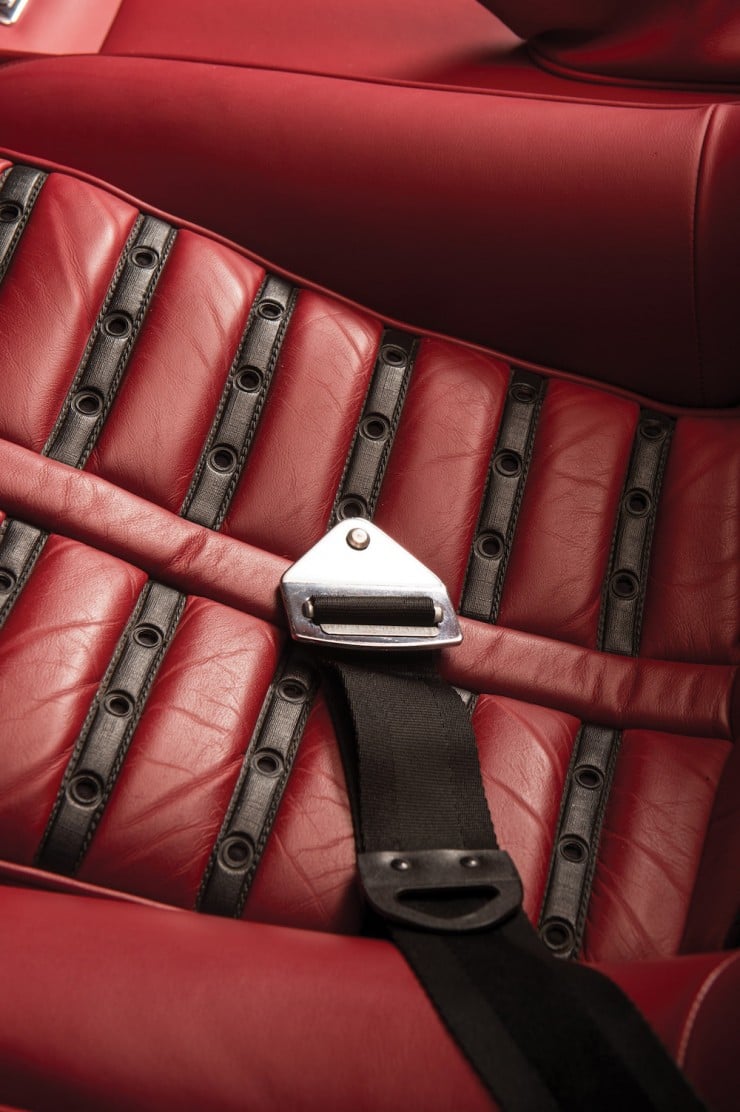 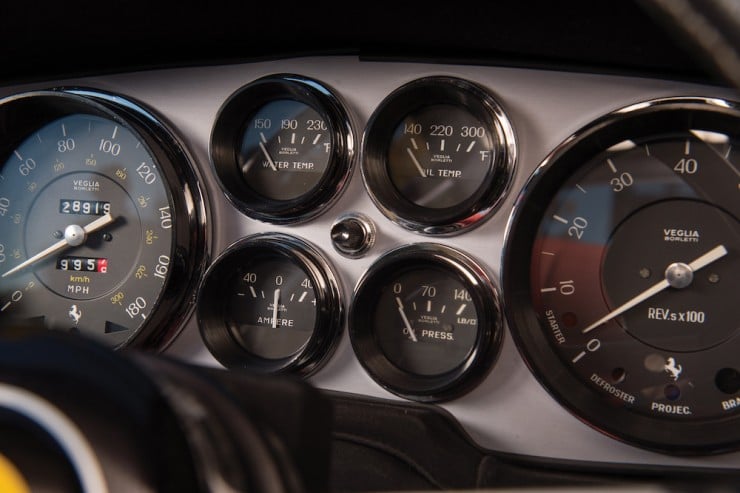 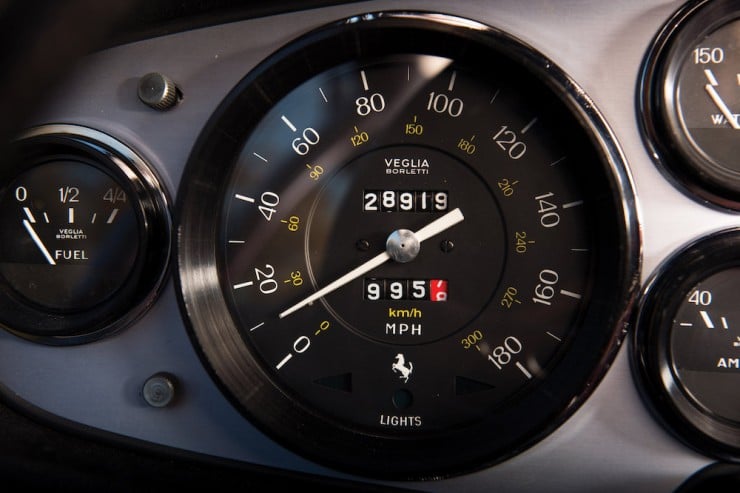 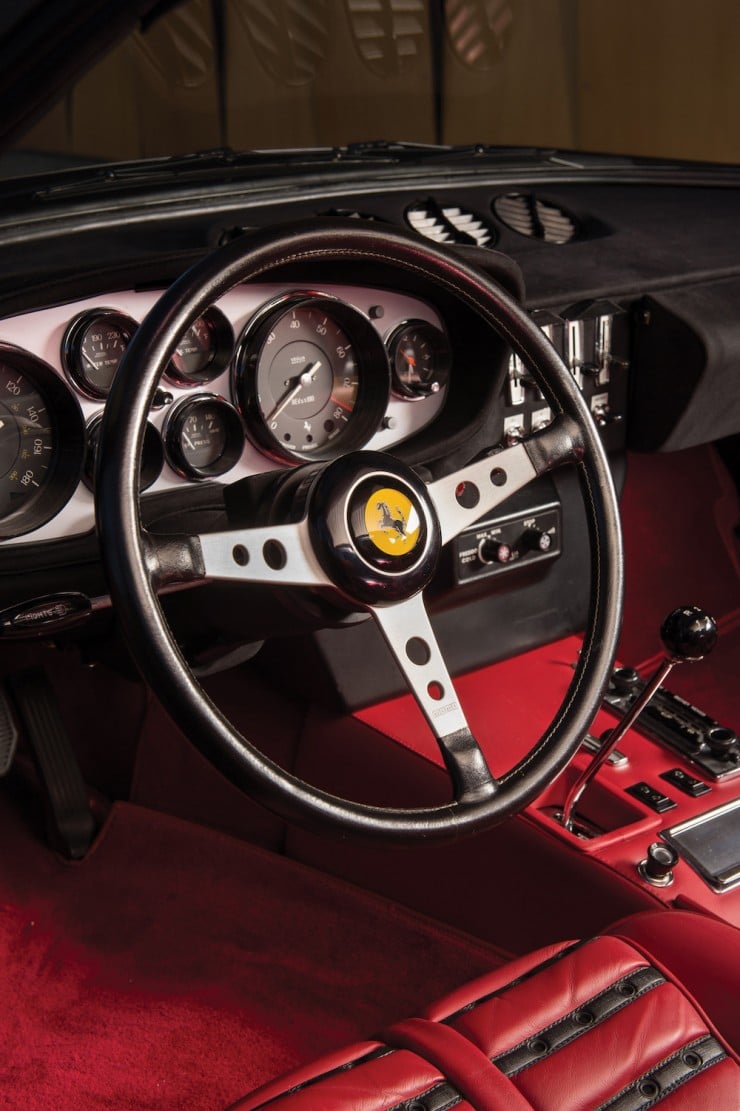 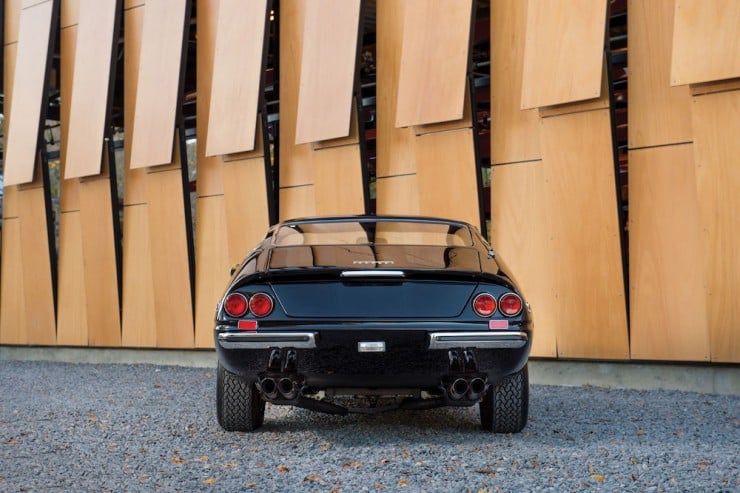 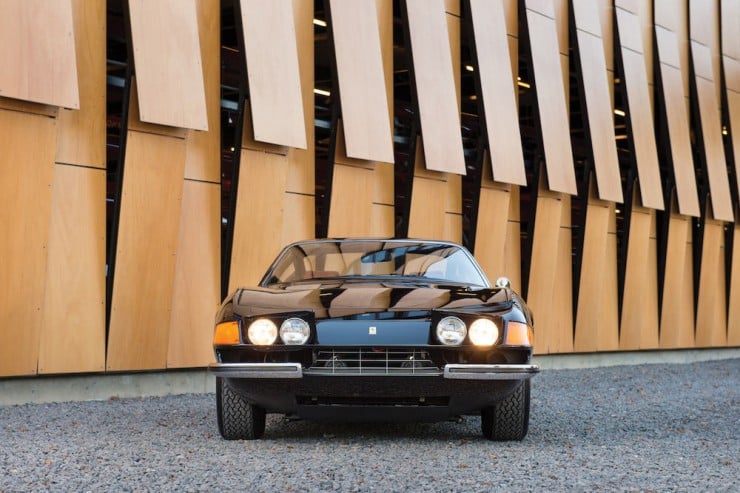 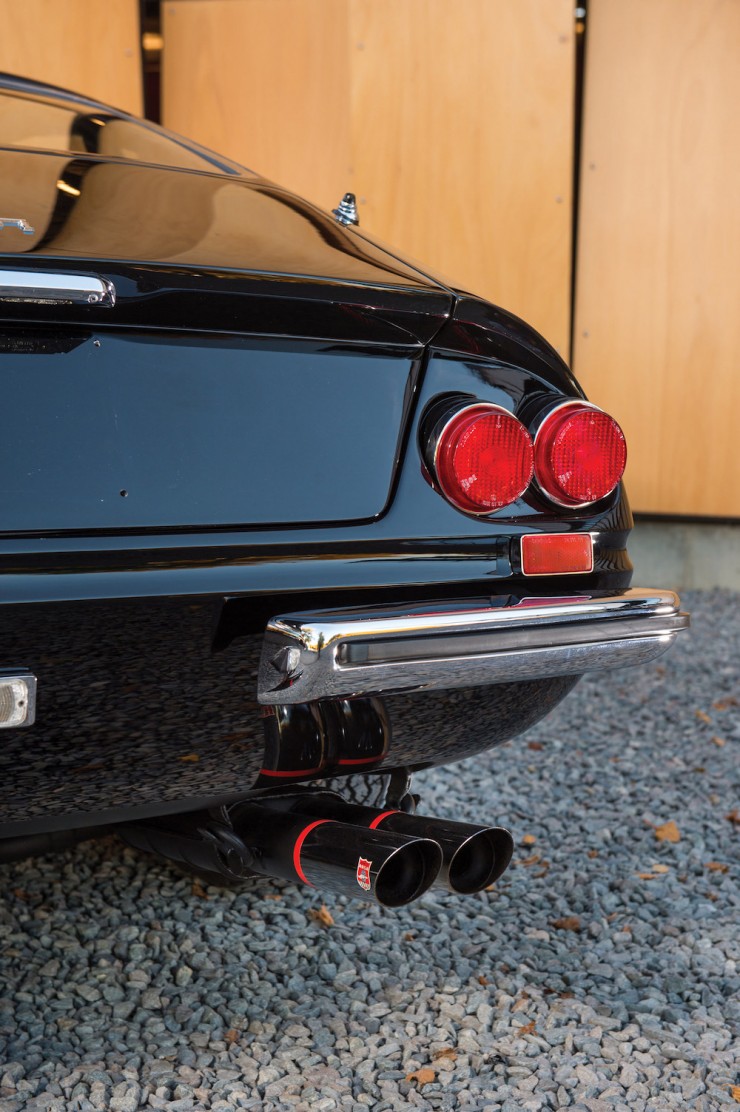 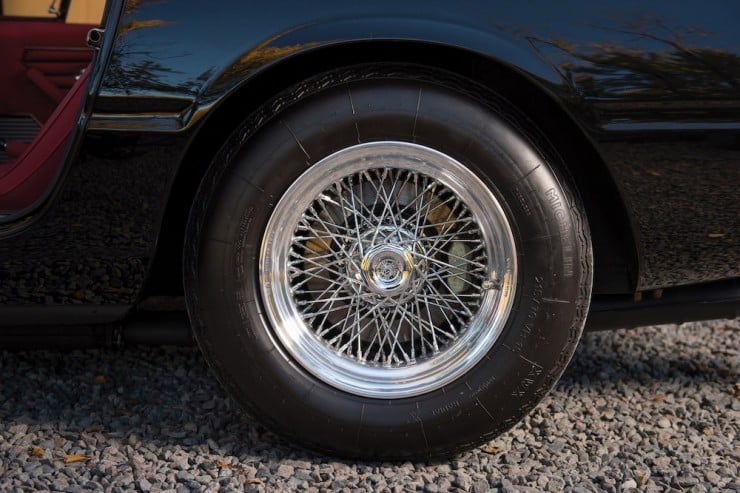 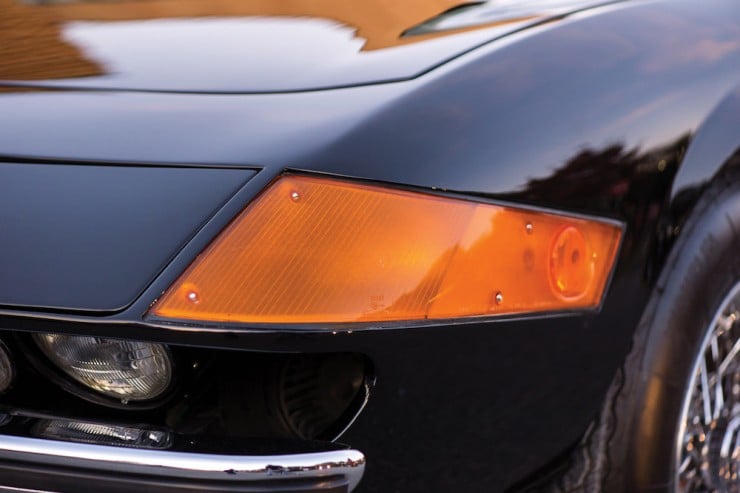 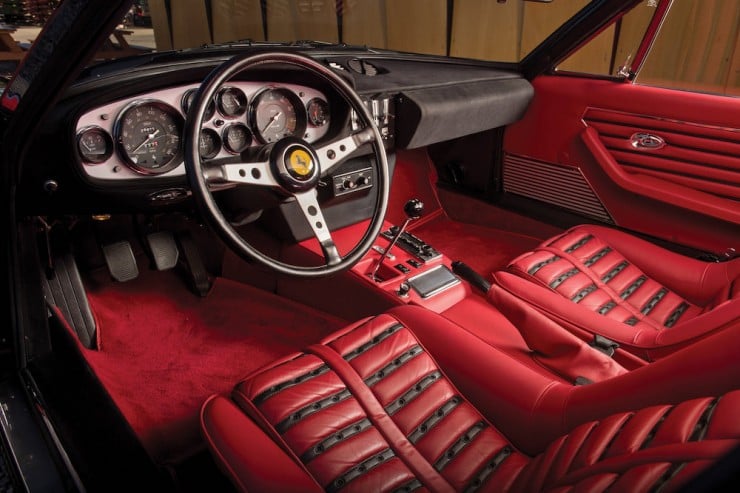 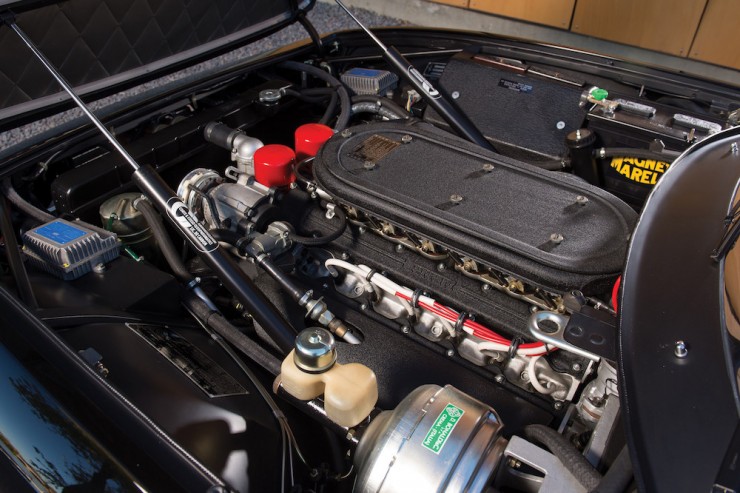 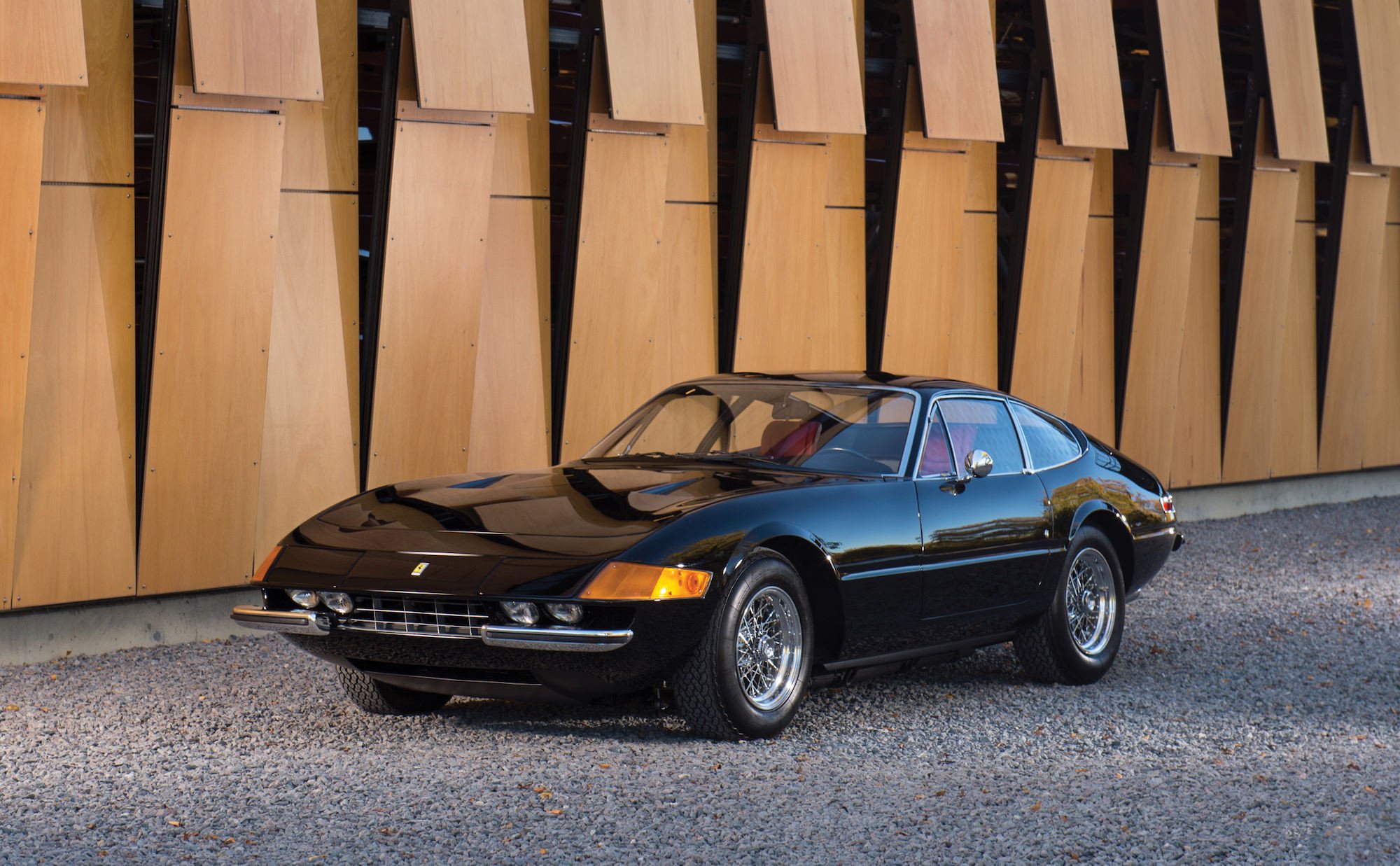