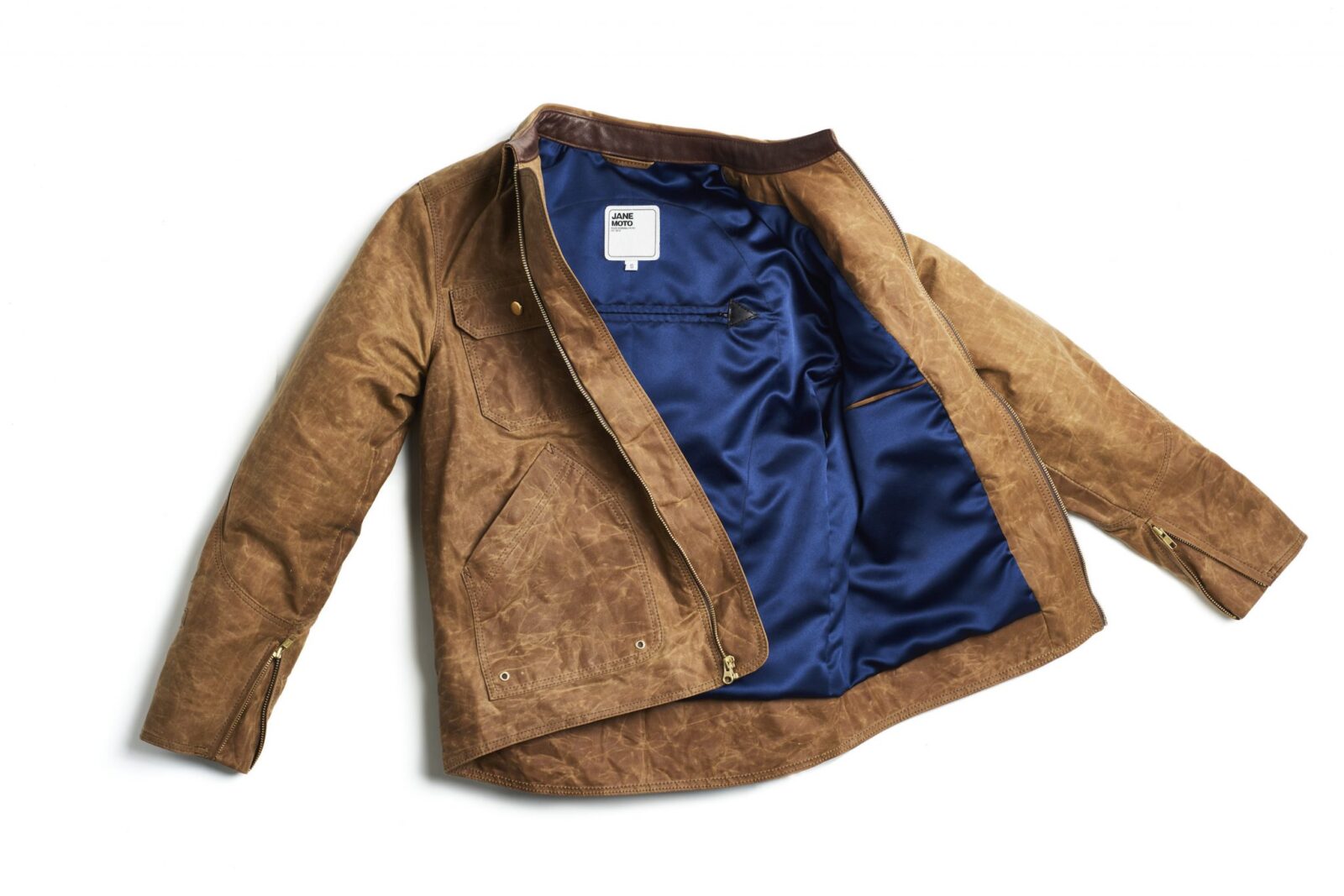 The Driggs Jacket by Jane Motorcycles is a new waxed cotton motorcycle jacket designed to be worn both on and off your bike. It incorporates elbow, shoulder, and a back pocket for D30 armor that meets the requirements of European directive 89/686/CEE and of CE technical standards EN 1621-1:2012.

The outer shell is 8.5 oz waxed canvas and it has an eye-catching 100% satin navy blue liner. There’s lamb skin on the neck collar and on the back of the pocket flaps, there are reinforcements on shoulders and elbows, an adjusting waist strap, and cuff adjusting gussets with metal zippers. 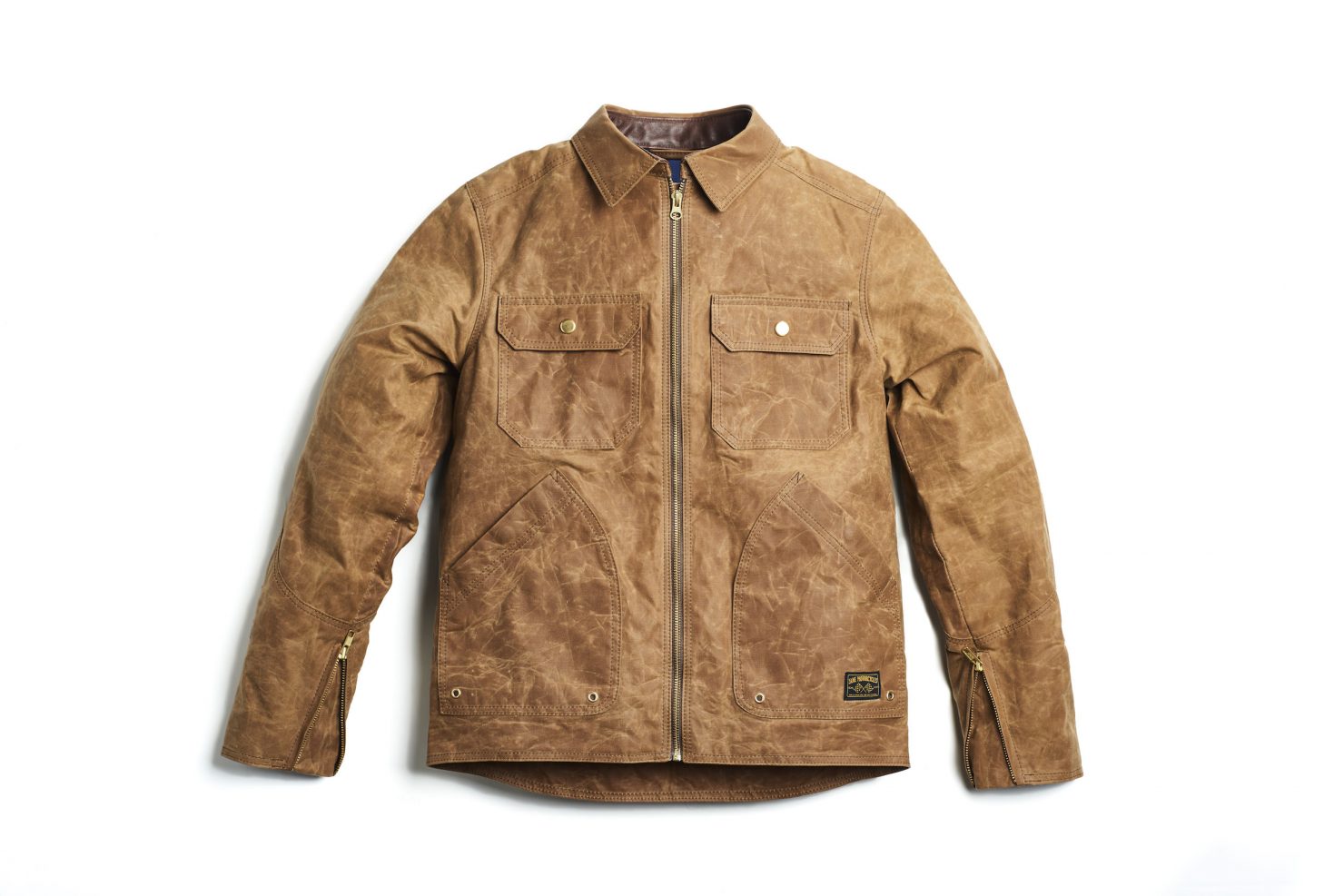 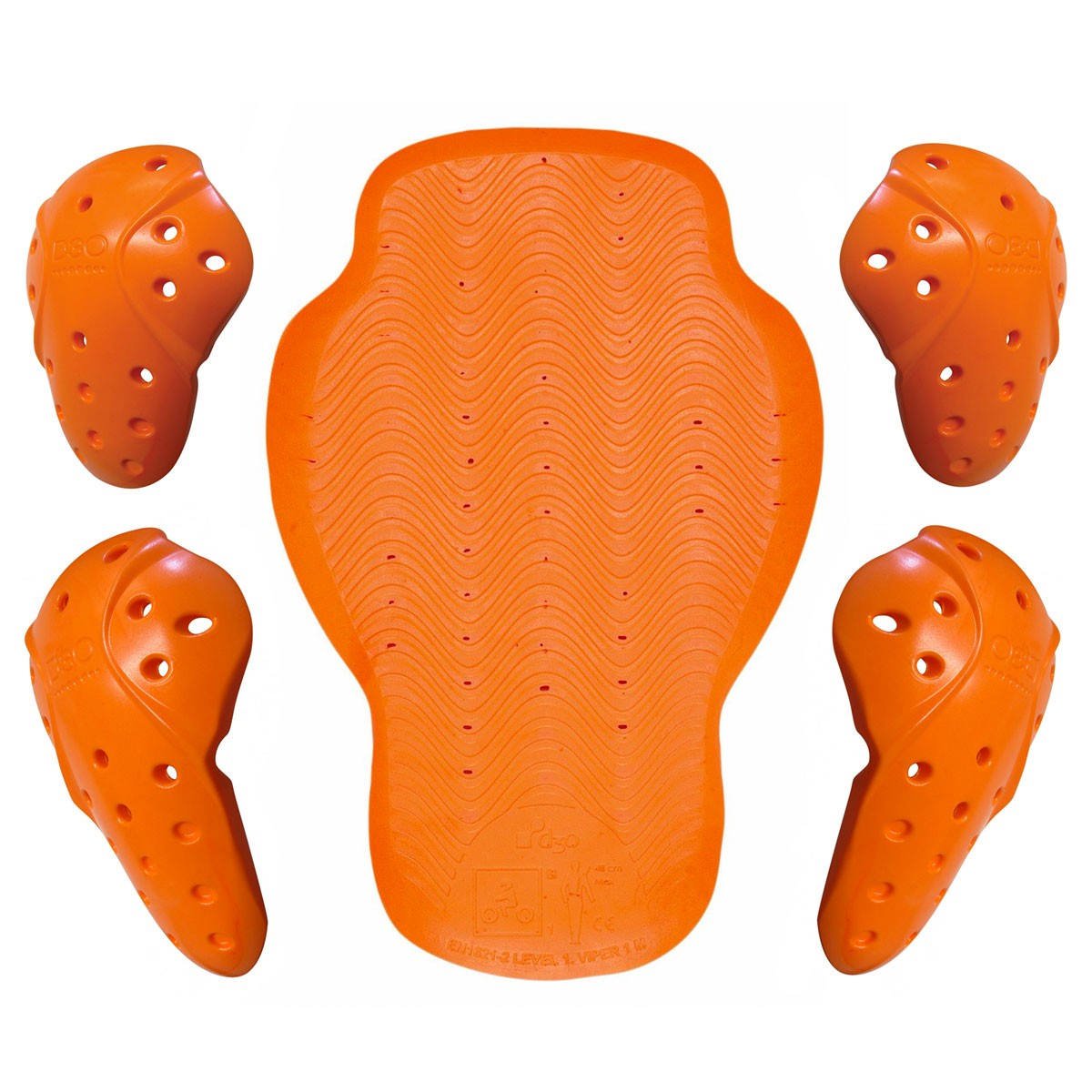 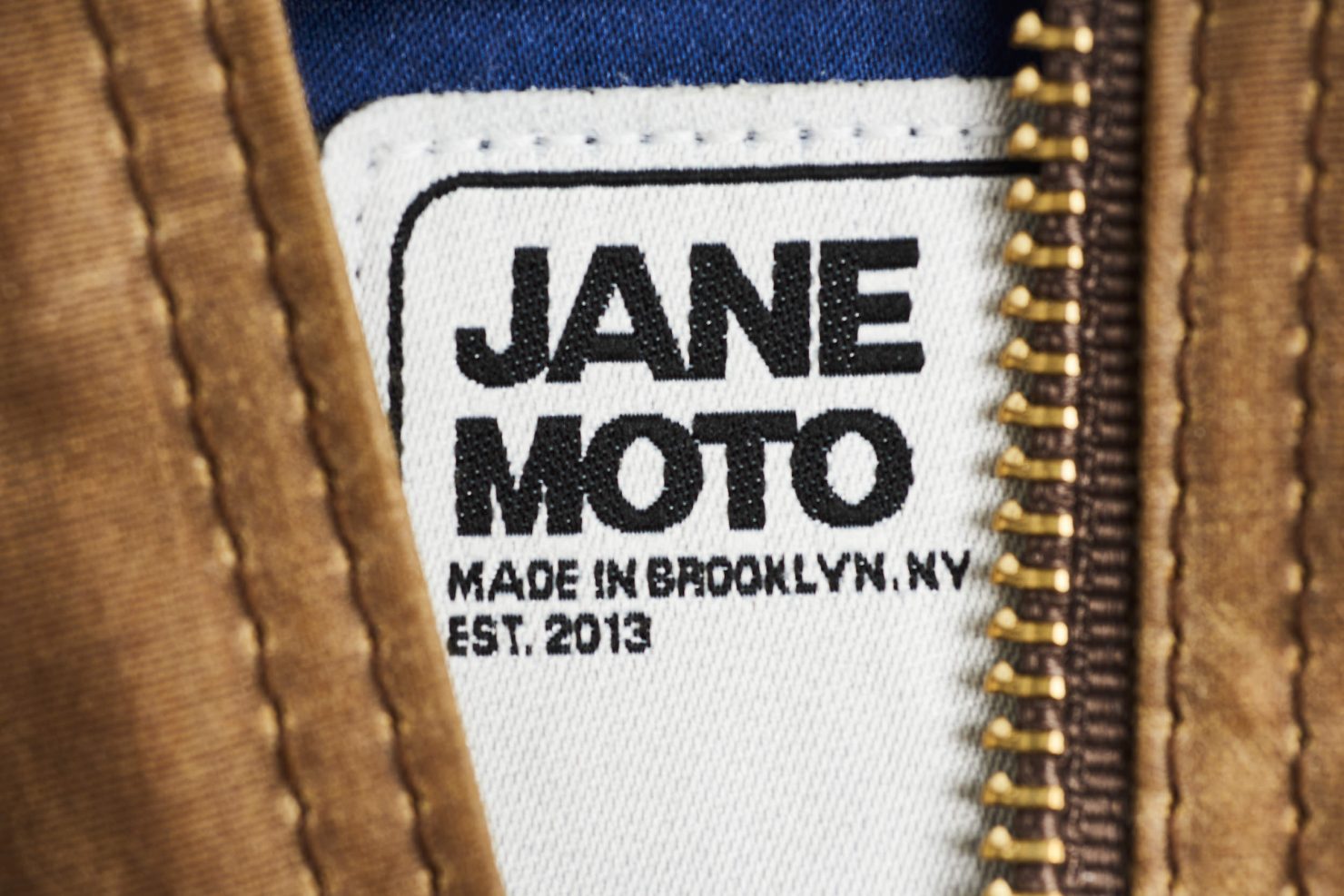 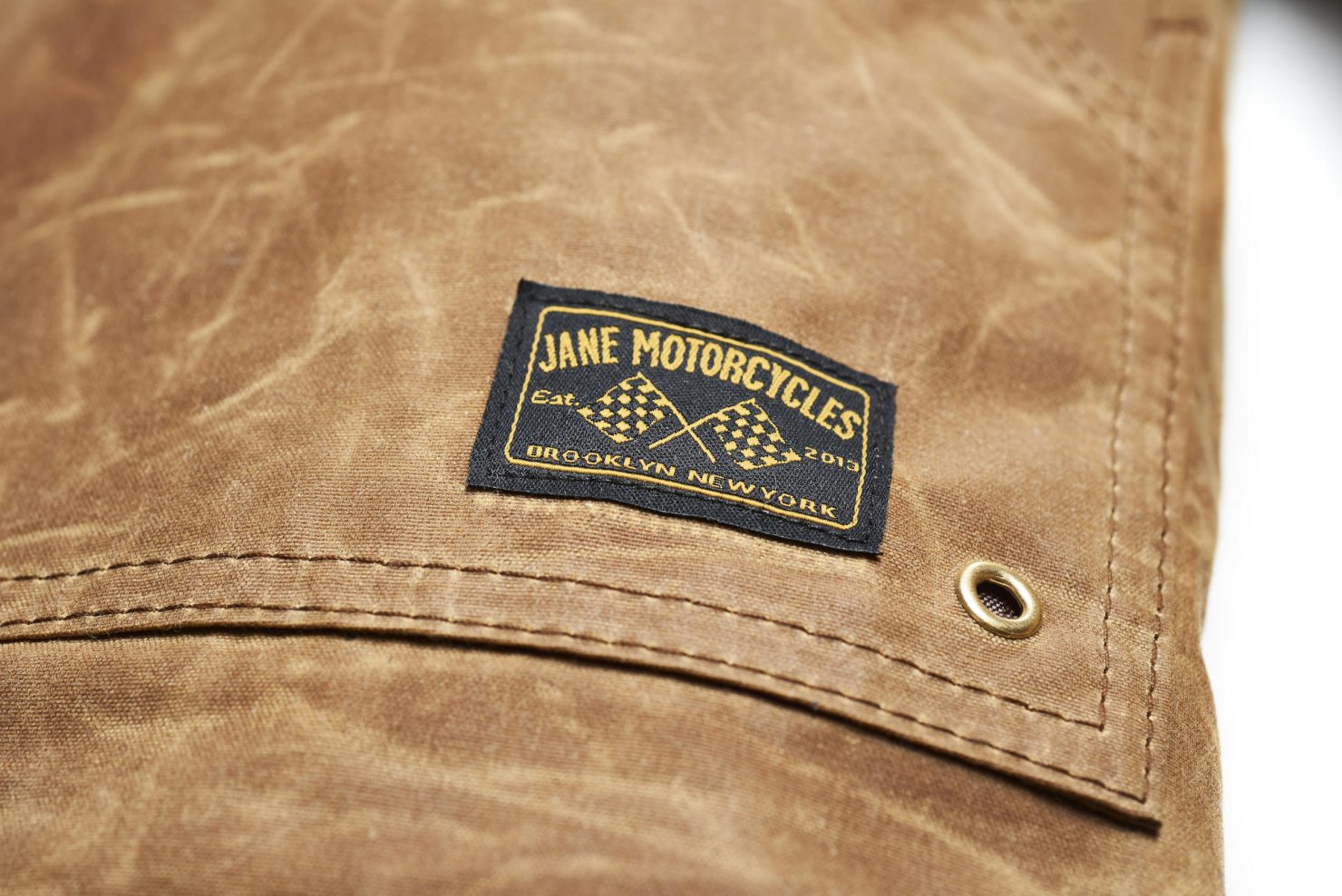 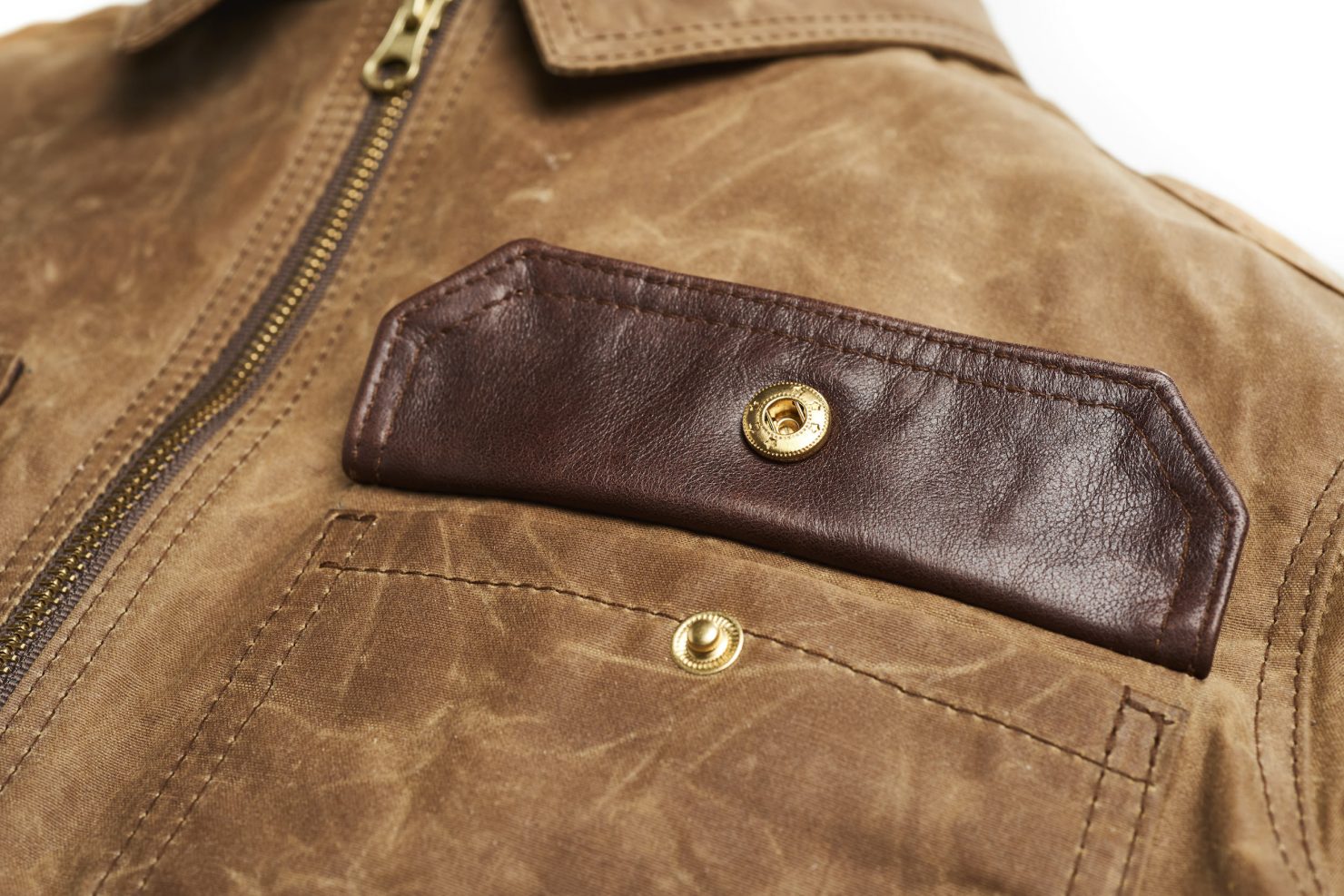 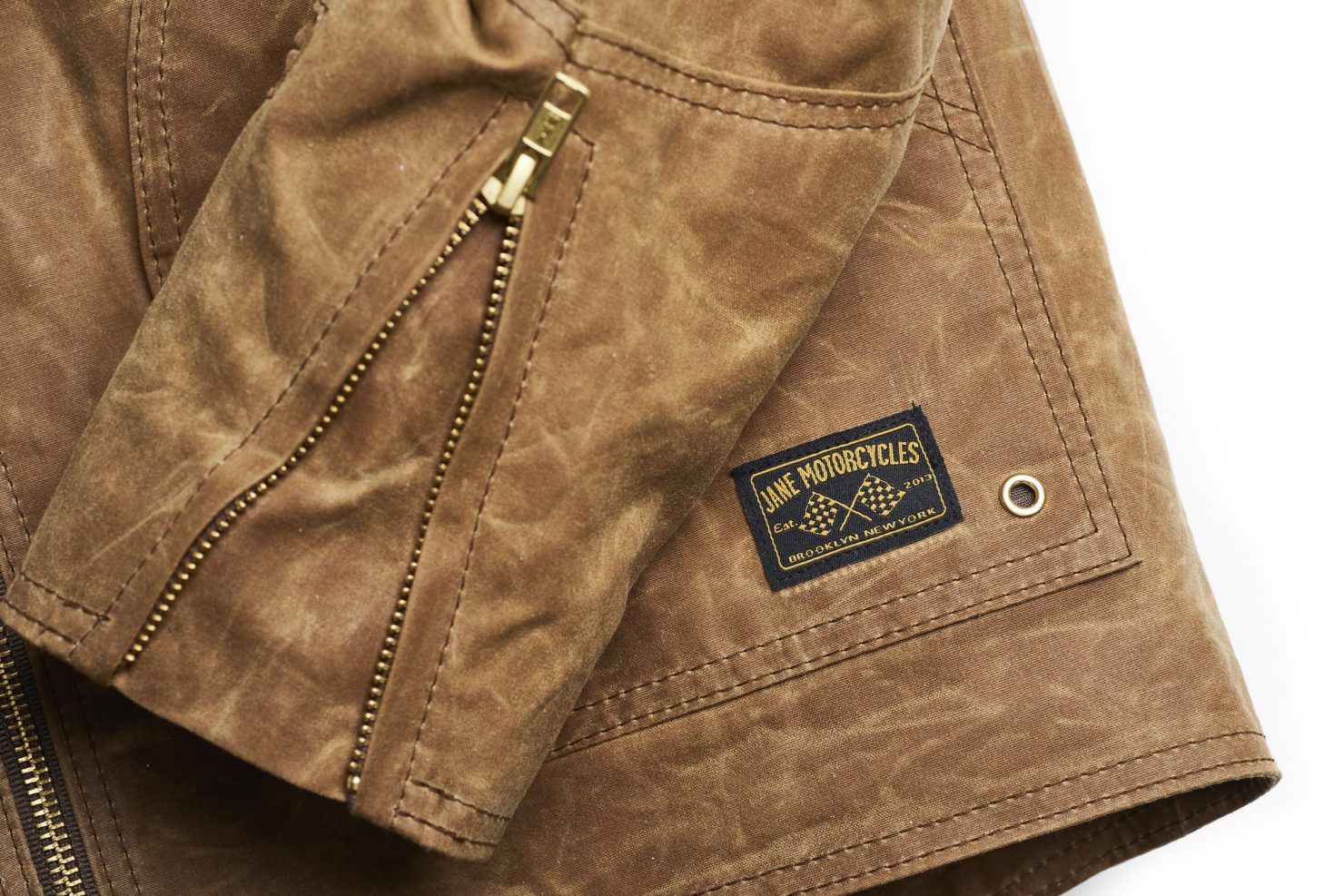 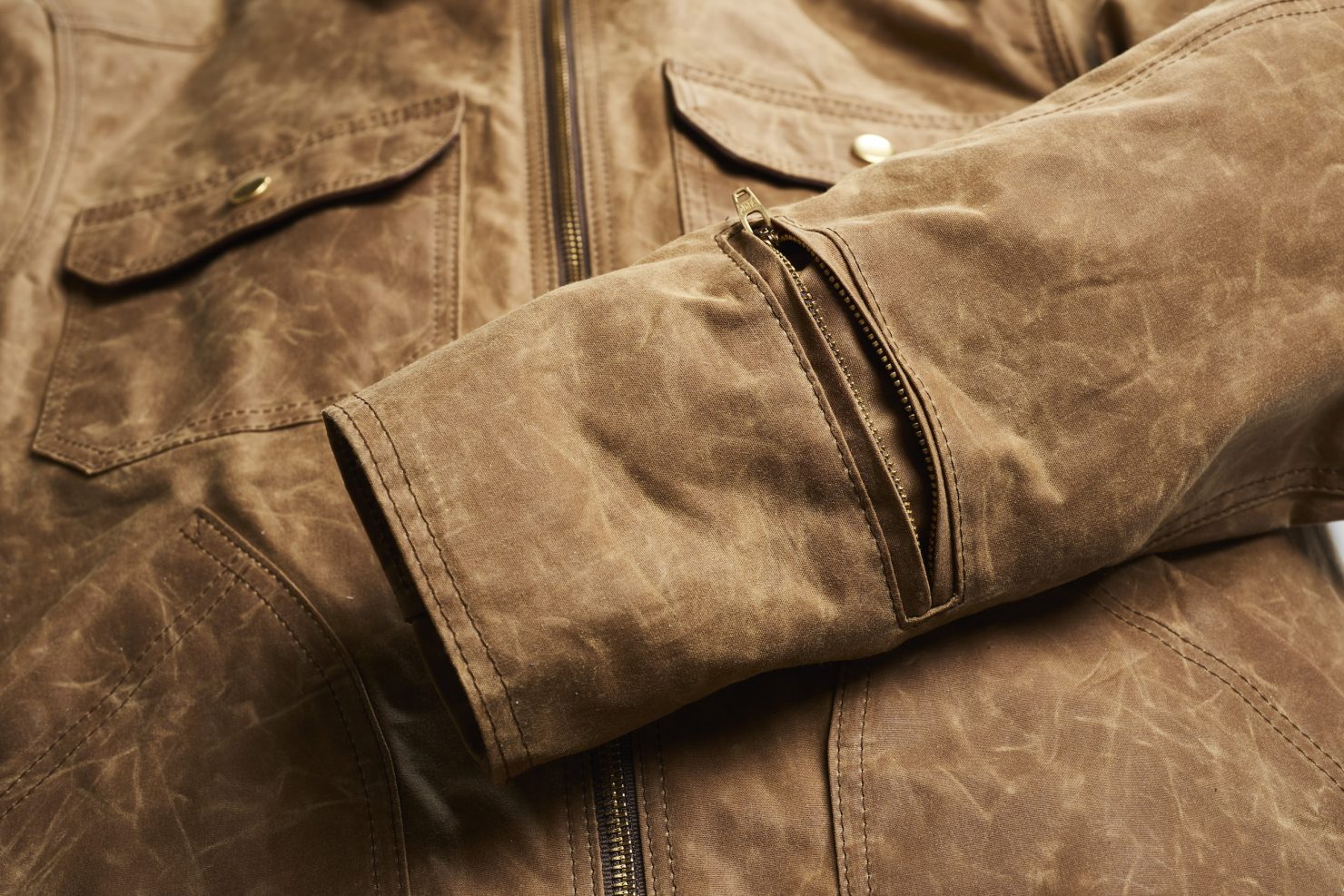 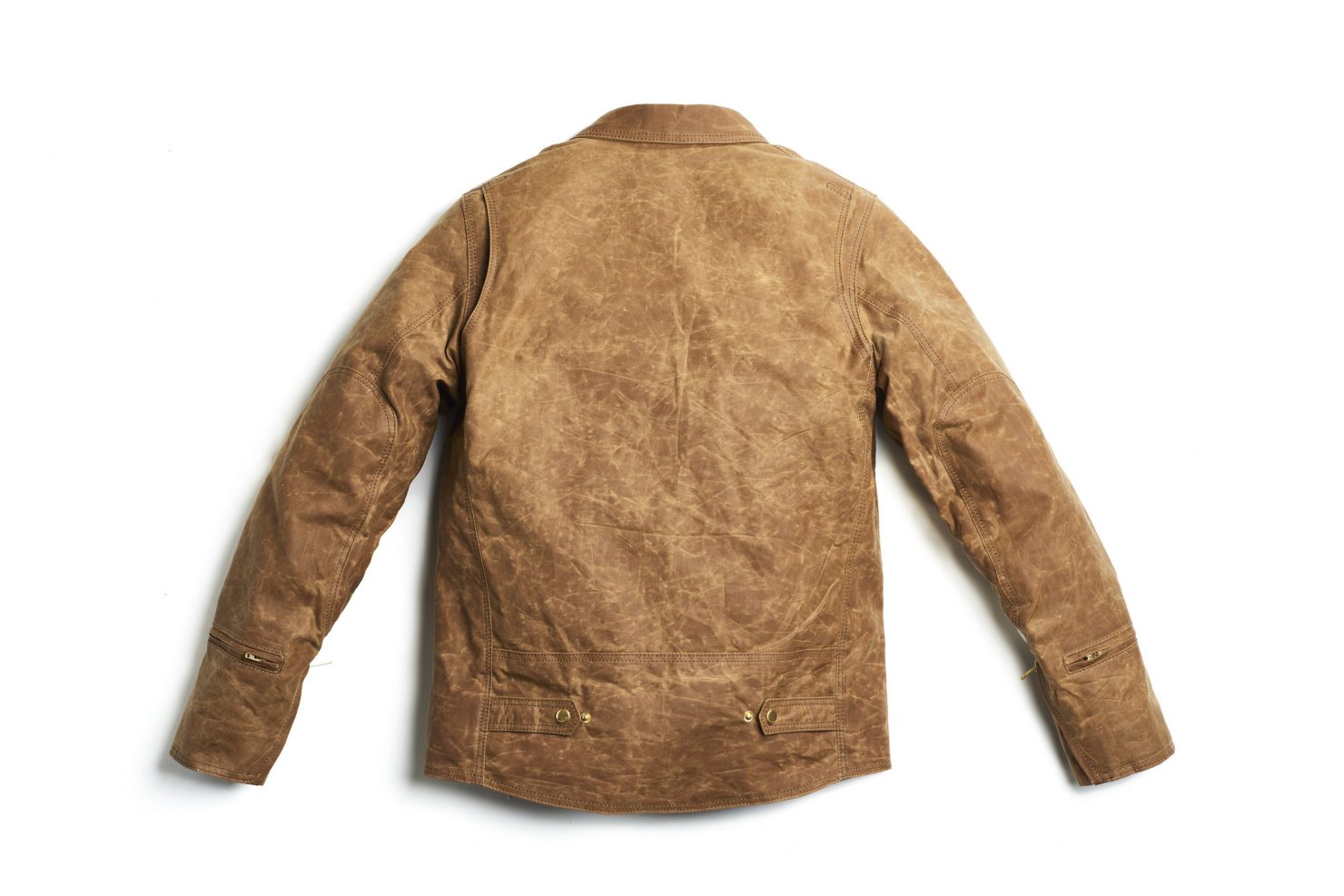 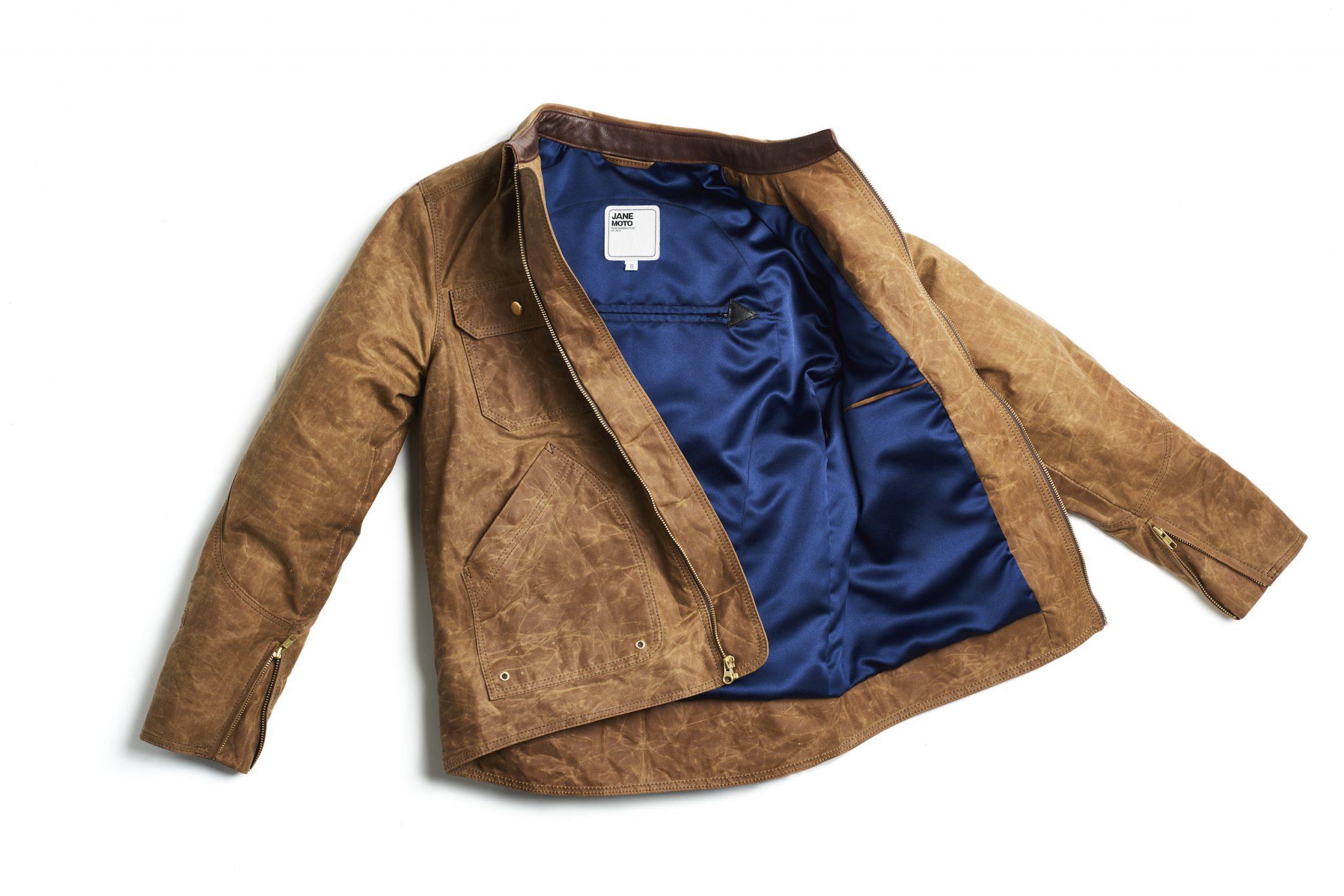 Facebook Twitter WhatsApp Email This is the new Jerry Can Bar Cabinet By Danish Fuel, each one is made using a real ex-military Jerry…

Facebook Twitter WhatsApp Email   This is the new Fuel Rally Marathon Jacket, it was developed by the team at Fuel to be a…

Facebook Twitter WhatsApp Email These are the new Moto Leggings Pro by Italian company Spidi, they were designed to give women an option for…