James is an American company founded in Portland, Oregon back in 2012 by a small team who wanted to create the sort of daily carry pocket knives and tools they couldn’t find anywhere else.

The brand is centered around a minimalist design aesthetic combined with a focus on high-end materials. This results in pocket-friendly knives that’ll last for generations.

The Ellis is an anti-multitool of sorts, it has just the functions you need but none of the superfluous items you’d probably never use – things like mini scissors, magnifying glasses, toothpicks, and nail files.

Now that I’ve said that I’m going to get a bunch of emails from people who use the toothpicks in their Swiss Army Knives, but you get the point.

The Ellis was designed with a drop point knife blade made of Sandvik 12C27 steel, with a partially serrated blade. The knife has a lockback design for safety, so that you can trust it when you’re using it.

You’ll also find a flat head screwdriver, a scraper, and a bottle opener. Most people use their pocket knives for opening Amazon packages and the occasional beer, so the Ellis has certainly got you covered there. 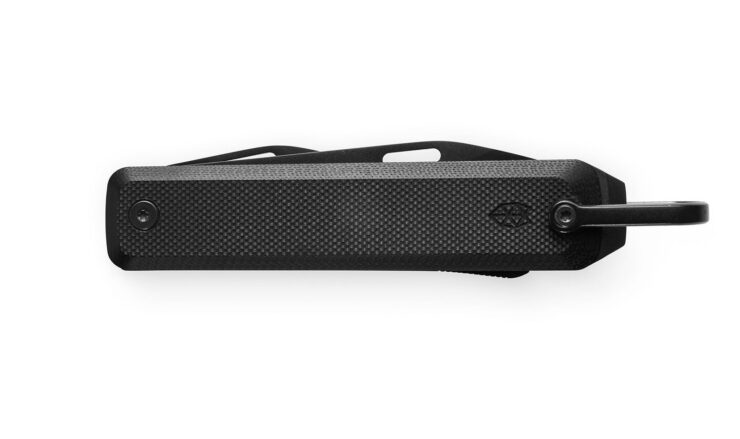