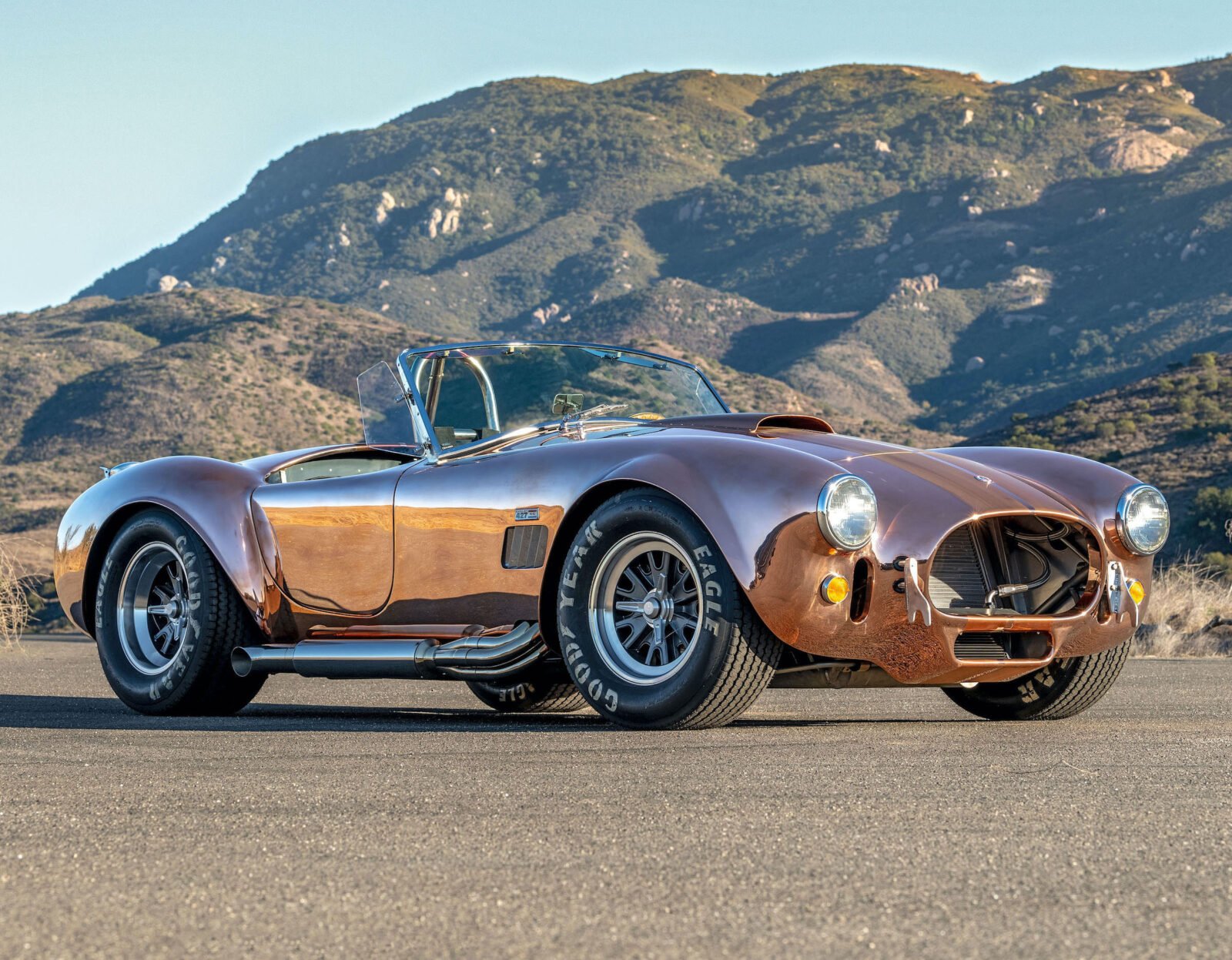 It’s not everyday we get a chance to write about a car with a body made from hand-formed copper sheet metal. In fact in the 11 year history of Silodrome this is the first.

If you’re asking yourself if that’s just copper plating, it’s not. It’s a 100% copper body made up of 17 individual panels that have been shaped using traditional tools and then assembled together so well that you can’t see any of the body seams – an astonishing feat of workmanship.

Anyone who’s ever tried shaping a piece of aluminum alloy using english wheels or other traditional tools will tell you it’s not easy to get right. Getting it so right that the left/right panels on a car are identical is borderline magic, and doing it all with copper is voodoo.

Many modern auto manufacturers in recent years have begun capitalizing on the the classic car market and their own back catalogues by building brand new versions of cars that long ago left the production line. Today we consider it essentially normal, and these cars take pride of place at shows alongside their decades-old siblings.

A Texas chicken farmer named Carroll Shelby was one of the first to create official reissues of his own cars. Replica car builders had been doing is successfully for decades, and always an astute businessman, Shelby realized he could be doing the same but actually make the cars official continuation vehicles. 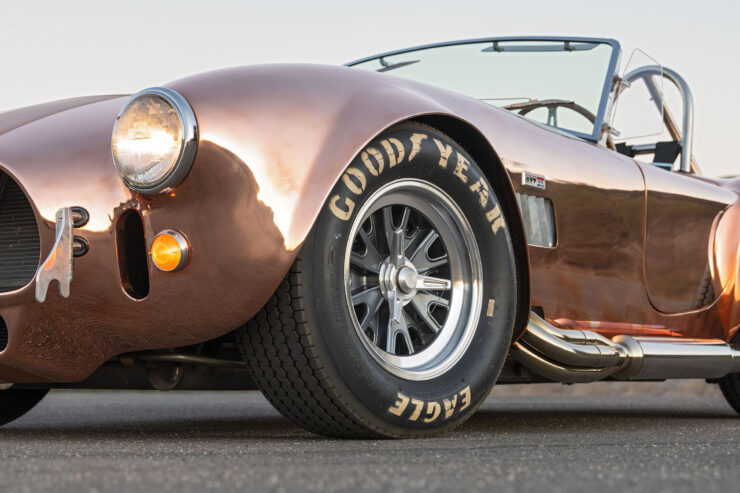 Above Image: Each of the 17 polished copper body panels was shaped by hand.

The first series of these official continuation Shelby Cobras are known as the “CSX4000” series due to their chassis numbers which are all formatted “CSX4***” starting with CSX4001. Carroll Shelby was heavily involved in overseeing this project, the cars were built in Las Vegas with chassis initially built by McCluskey Ltd.

The first of the CSX4000 series were the 427 S/C models which could be ordered with either fiberglass or aluminum bodies. Special orders could be placed for either bronze or copper bodies if the buyer so wished, though this increased the cost and complexity significantly.

When developing the CSX4000 series the spirit of the original cars was kept alive, but they were upgraded under the skin to take advantage of decades of advancement in automotive engineering.

The car you see here is chassis number CSX4602, and it’s best known for its elegant polished copper bodywork. The car isn’t all show and no go however, it’s powered by a 550 hp, 468 cu. in. carbureted “427 FE” V8 from the Carroll Shelby Engine Company. 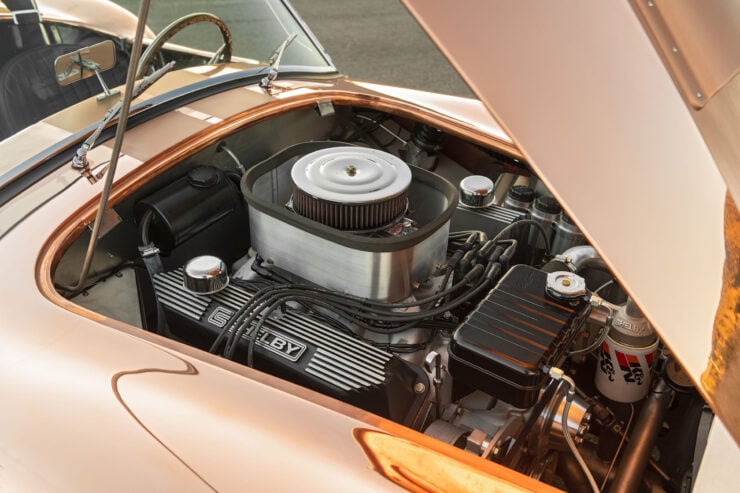 It produces the aforementioned 550 hp as well as 580 lb ft of torque, power is sent to the rear wheels via a 5-speed manual transmission. The car tips the scales at just 2,400 lbs or 1,088 kgs, giving it a power-to-weight ratio in the same range as that giant meteor that wiped out the dinosaurs.

If you’d like to read more about this car or register to bid you can click here to visit the listing on RM Sotheby’s. It’s being offered as a private sale with an asking price of $475,000 USD. 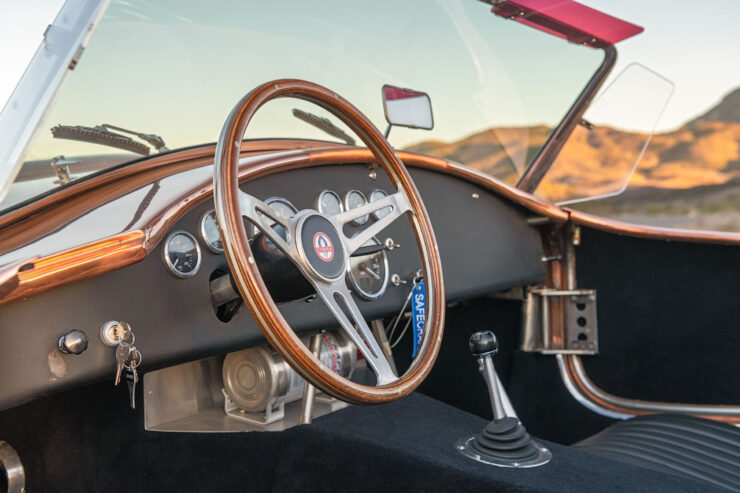 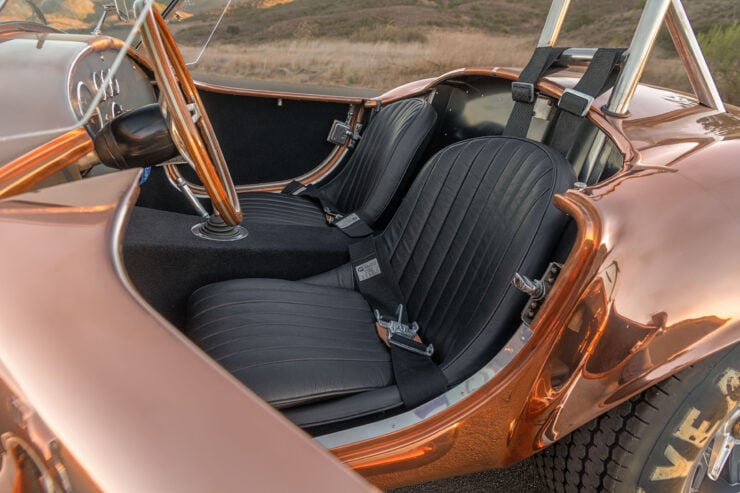 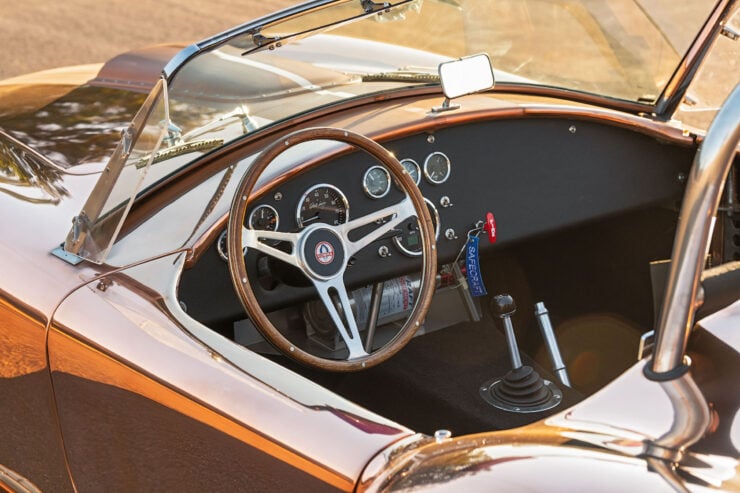 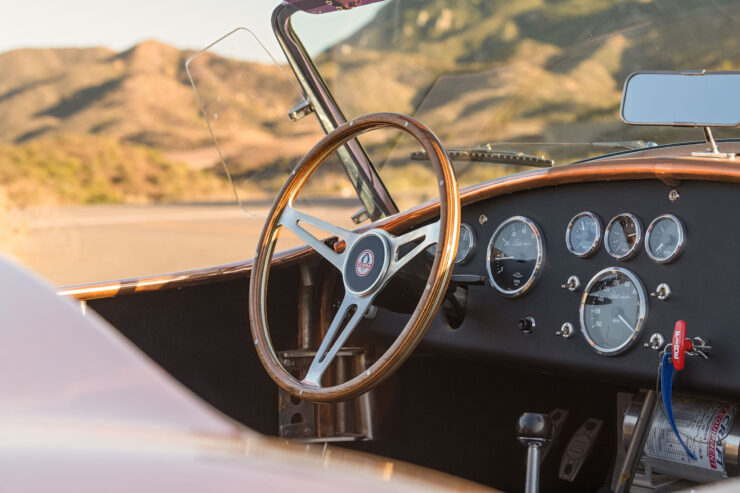 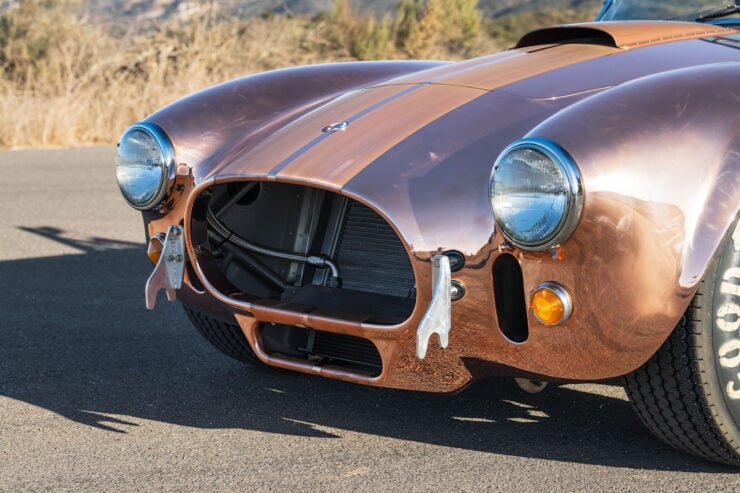 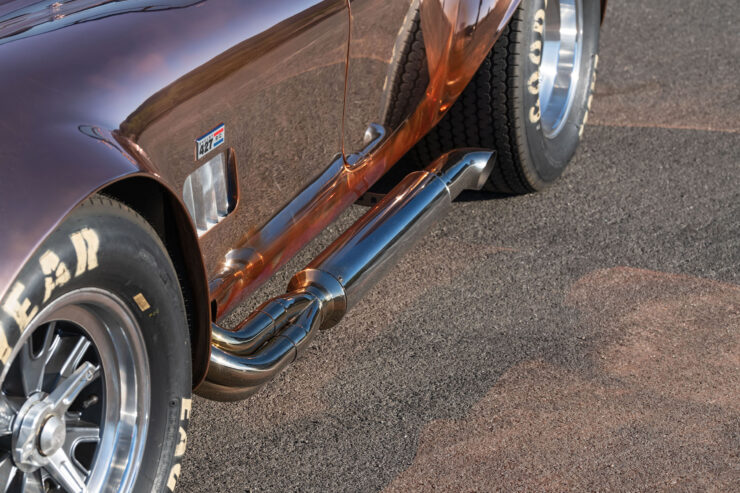 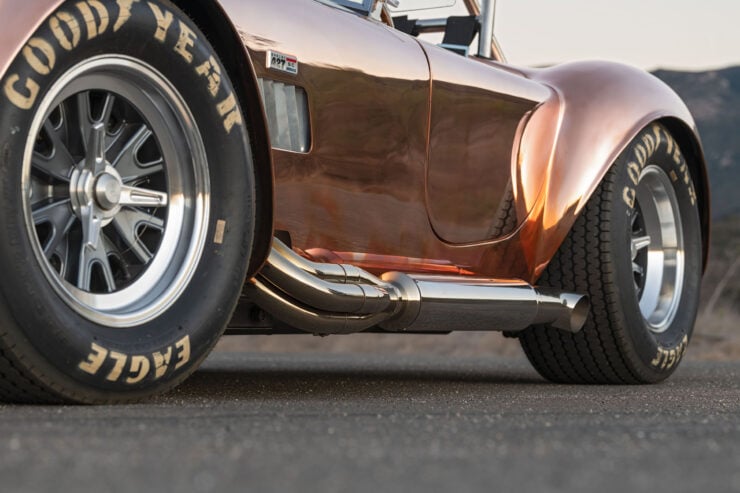 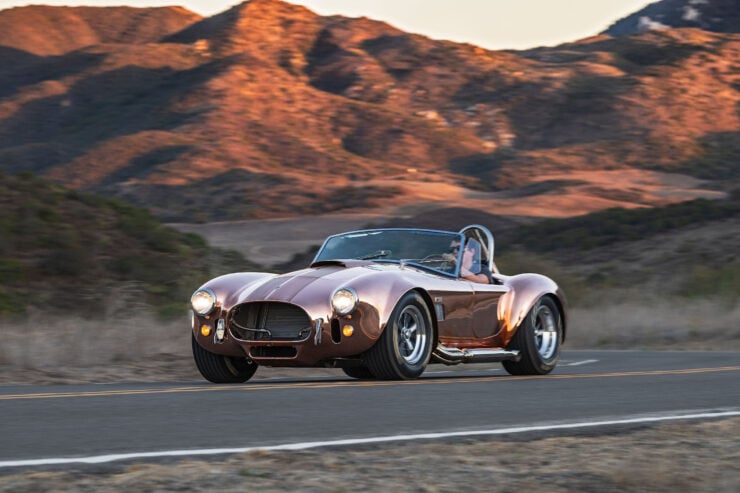 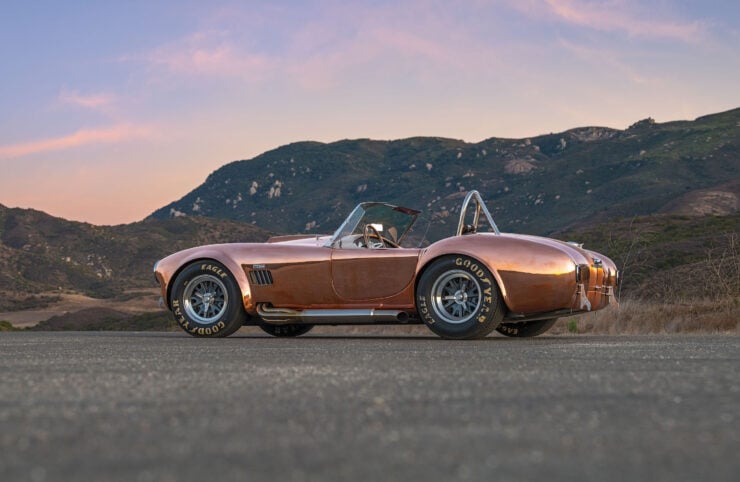 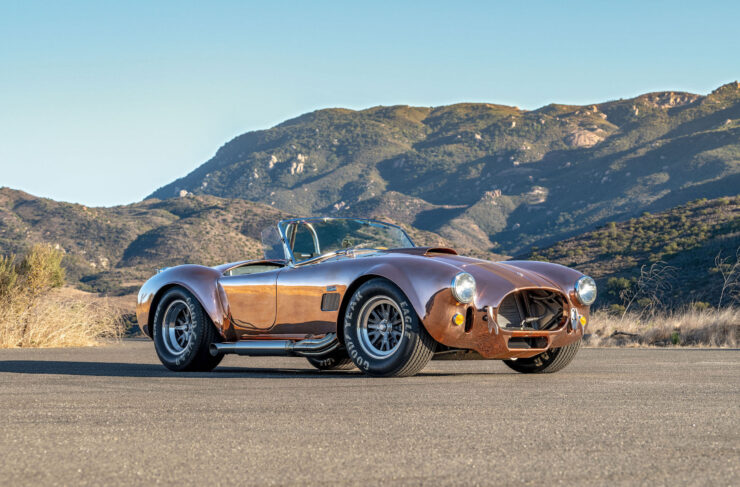 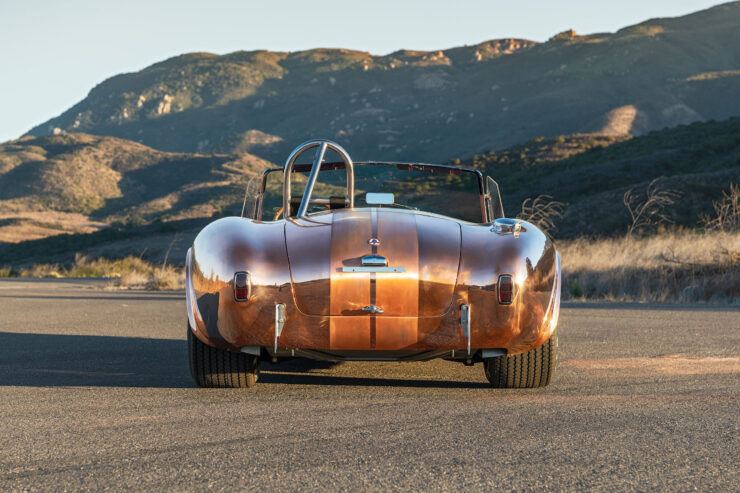 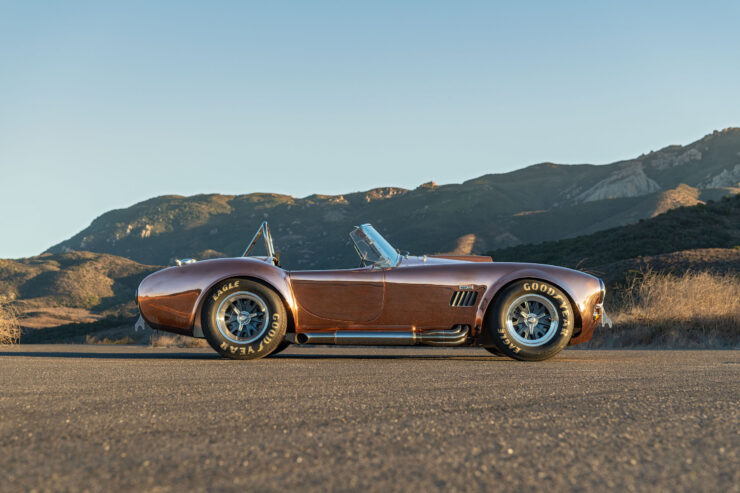 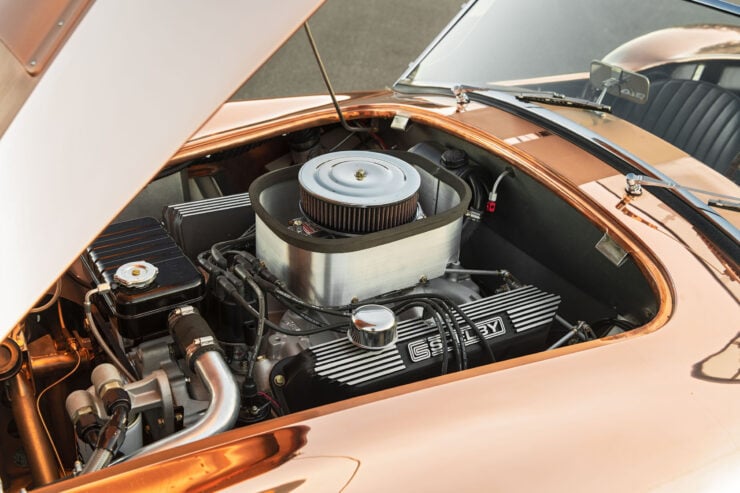 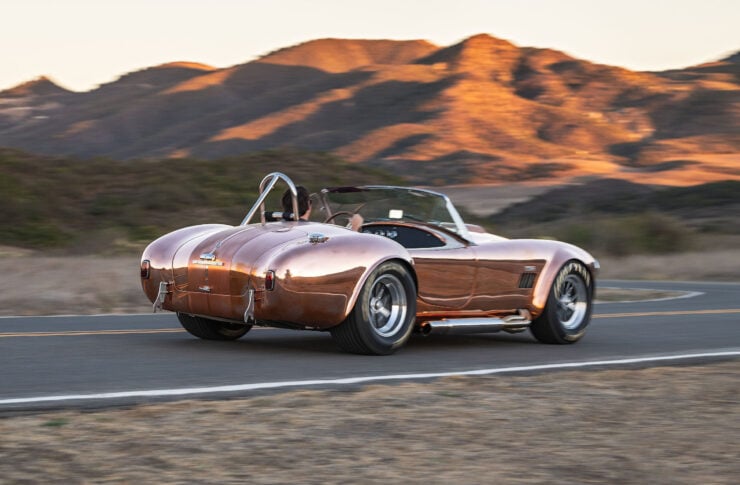 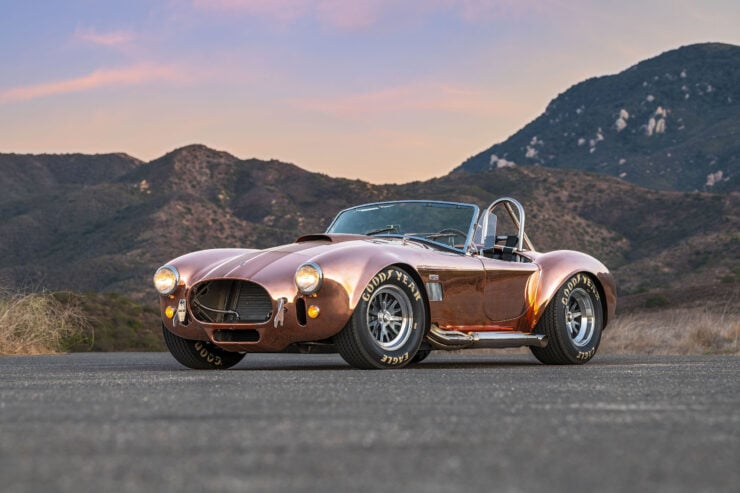 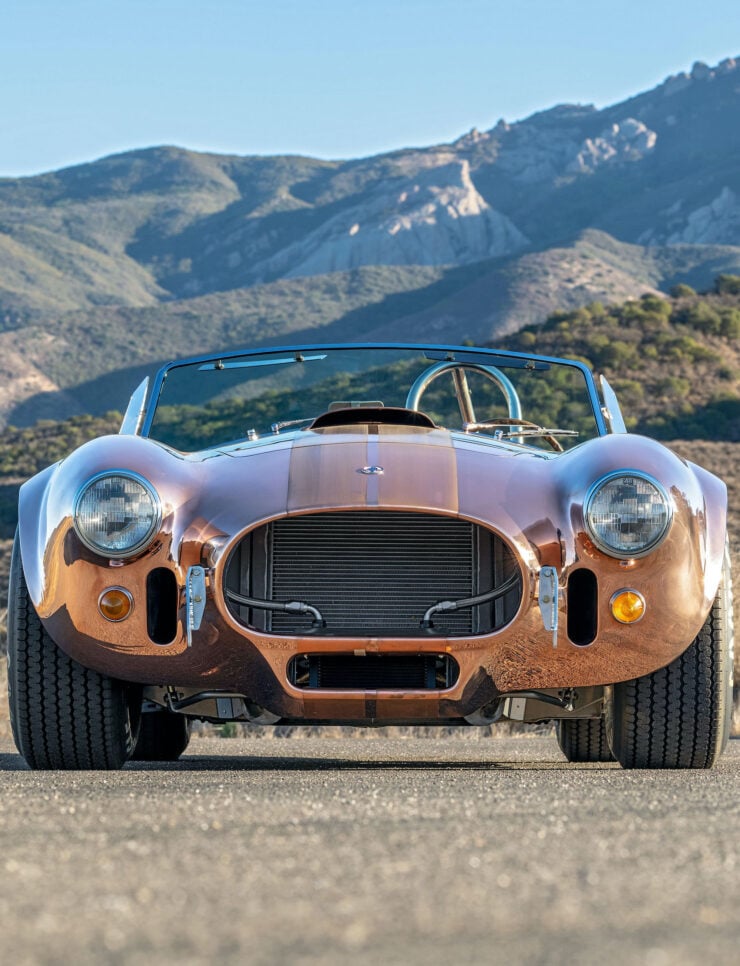