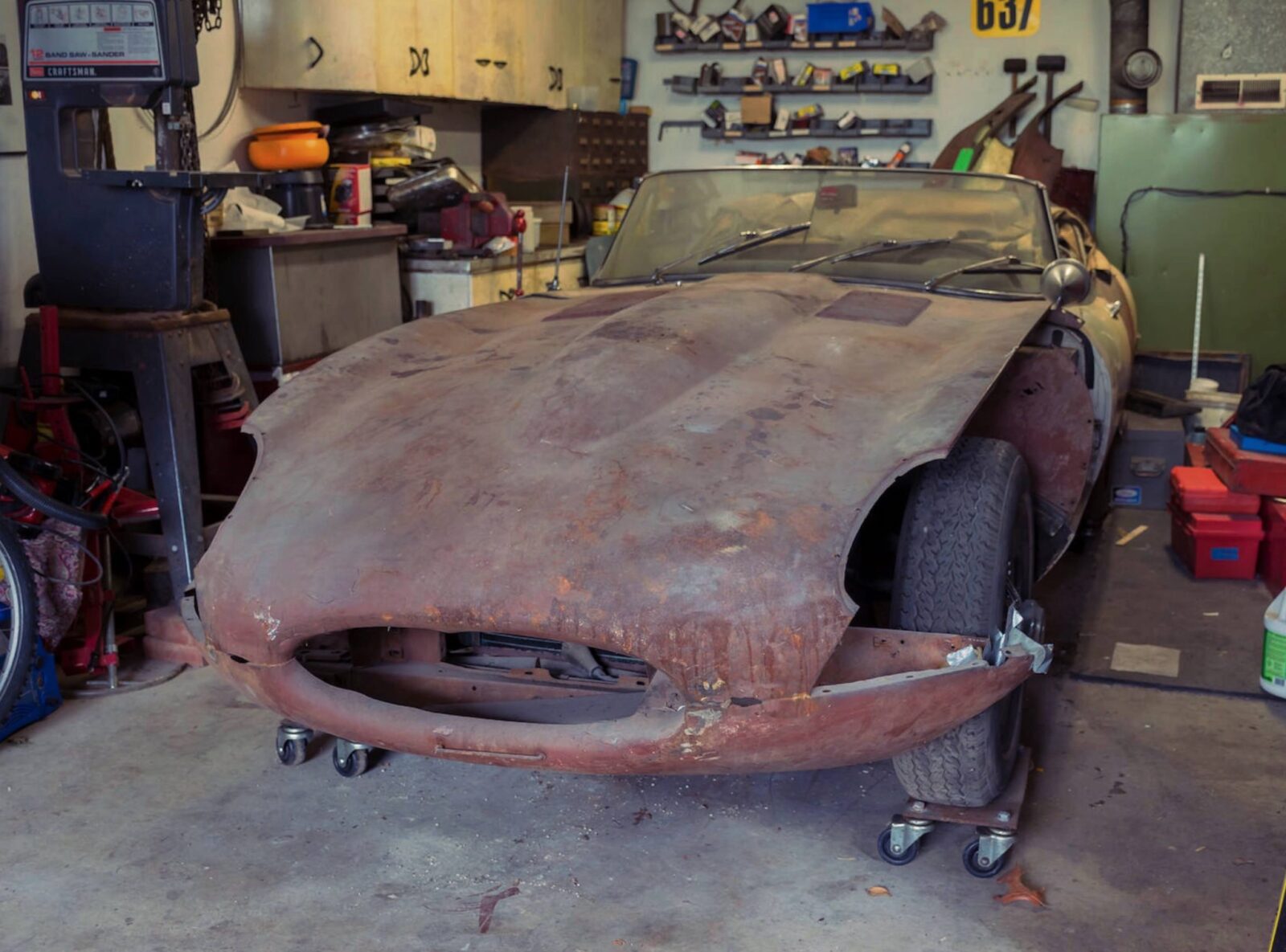 The Jaguar E-Type (known as the XKE in some former colonies) has been voted the most beautiful car in history more times than any other – and whilst there’ll never be a genuine consensus on something as fickle as taste, the E-Type is the car many of us would show to any arriving aliens as a good example of an automobile.

The main problem with the beauty of the E-Type, particularly the Series 1, is that everyone wants one. As is often the case when there is a limited supply and a large amount of demand – prices have soared to the level that you’d now need to be a major oil sheik or a moderate level Goldman Sachs intern to afford one.

One way around this is to buy one that needs work, the more work it needs the less money you’ll have to pay (initially), and you’ll need to be handy with welders, spanners, and whiskey bottles. The good news is, there’s a huge market for the E-Type and you can buy anything and everything you might need off the shelf, including body panels, full wiring looms, and even brand new engines.

An E-Type That Needs Help

The 1966 Jaguar E-Type Series 1 you see here is a desirable 4.2 litre example (actually 4235cc) with matching numbers and boasting a single owner since 1974. The reason for its current condition was a freak mishap with a fire hydrant in the 1970s – the car was in a below ground garage and a fire hydrant blew up at street level, flooding the garage and cars within.

If you look closely at the speedometer, you can still see the water level line just below the 40 mph marker. Despite the relatively significant water damage to the body, electrics, and engine the owner kept it – with a dream of one day restoring it back to its original glory. The owner was John Shuck, a well-known personality in the automobile community and the co-founder of the Fairfield County Concours d’Elegance.

As often happens, life got in the way, but John always kept an eye out for the parts he would need at swap meets, managing to acquire a few body panels over the years which now accompany the car. Sadly, John passed away before he had everything he needed, and the hydrant E-Type is now being offered for sale to a new owner who can get it back on the road for the first time since the ’70s.

Bonhams estimate that it’ll sell for somewhere in the $30,000 to $40,000 USD range, which is actually very cheap for a matching numbers Series 1 E-Type – though obviously there’ll need to be significant outlay on parts and labour.

If you’d like to read more about the car or register to bid you can click here to visit the listing on Bonhams. 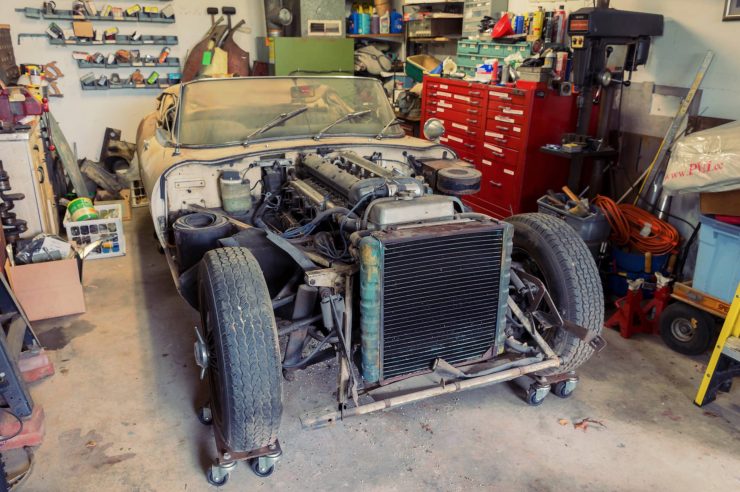 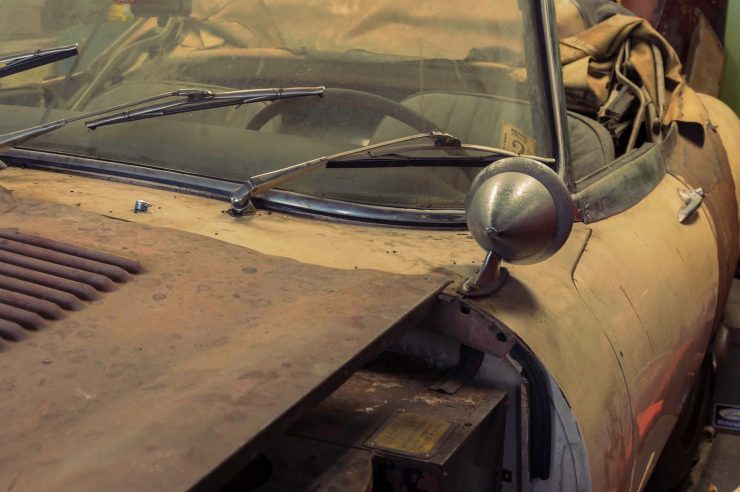 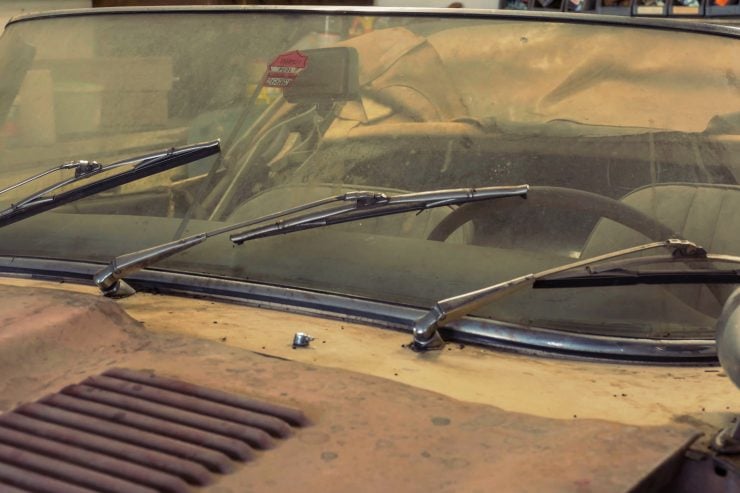 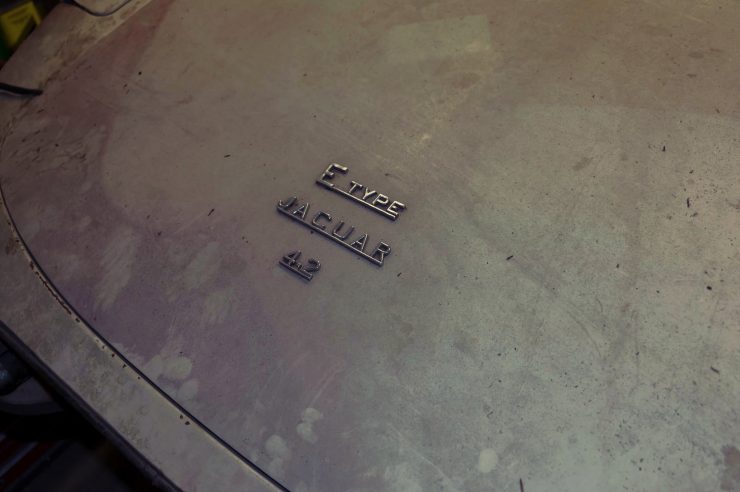 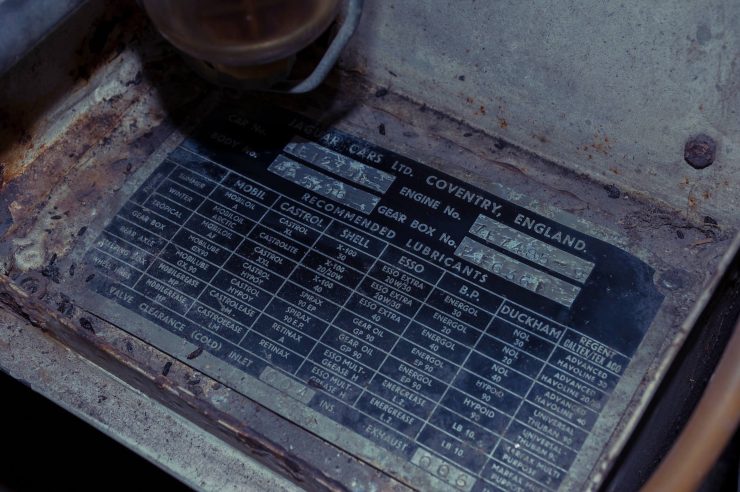 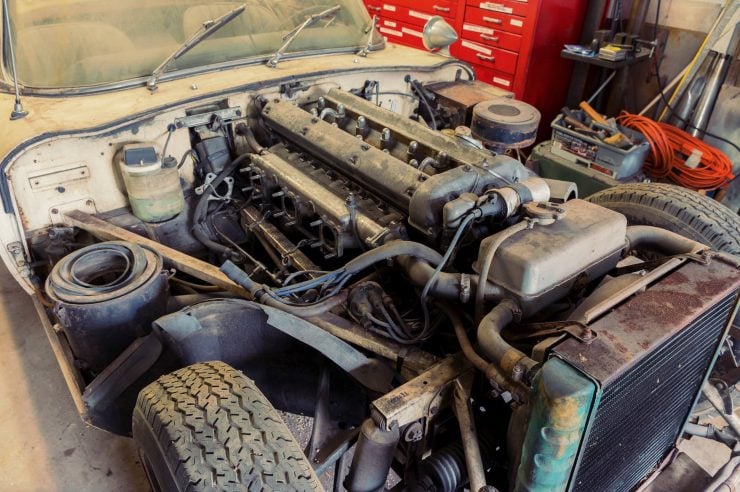 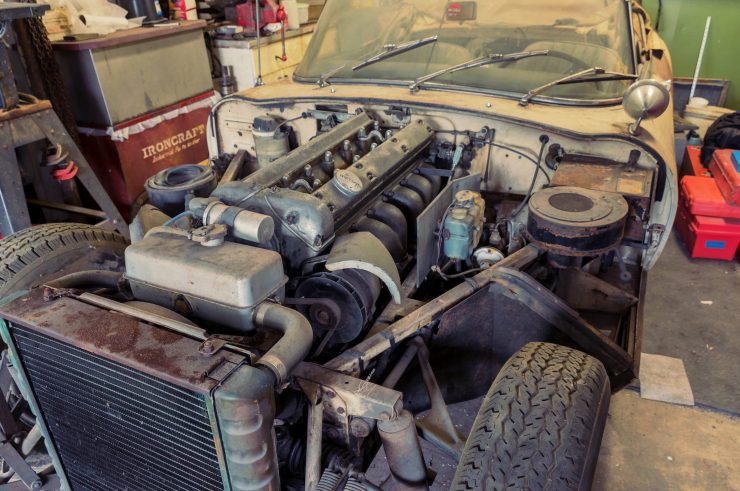 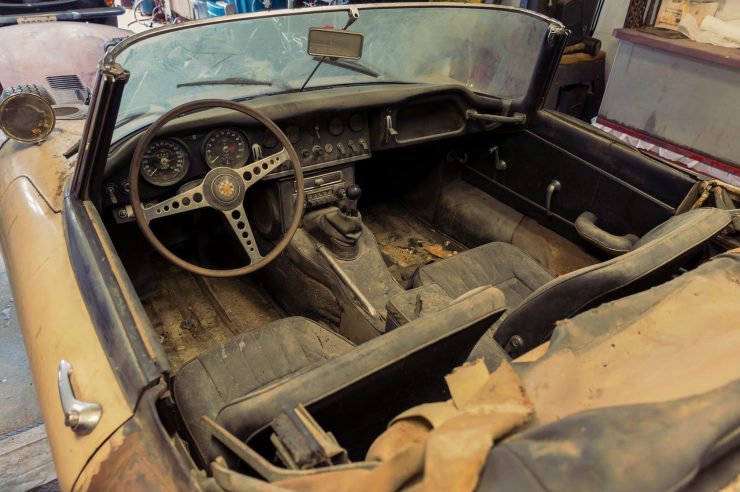 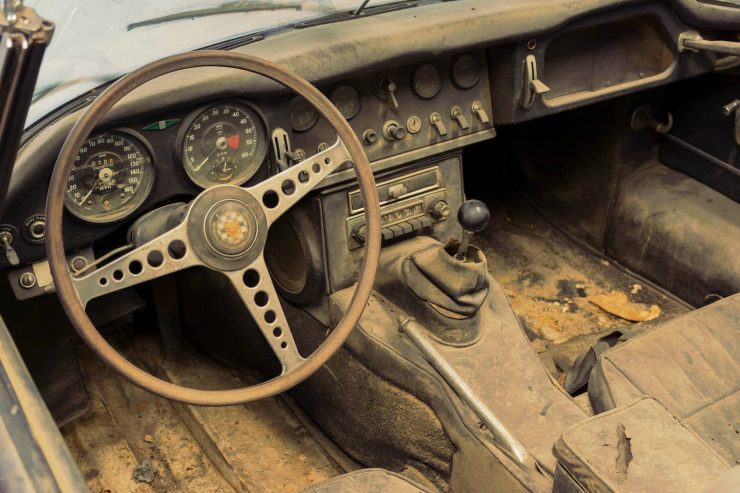 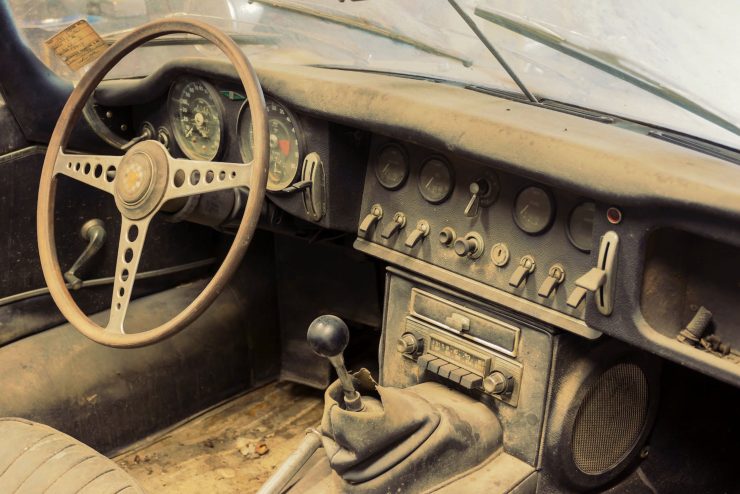 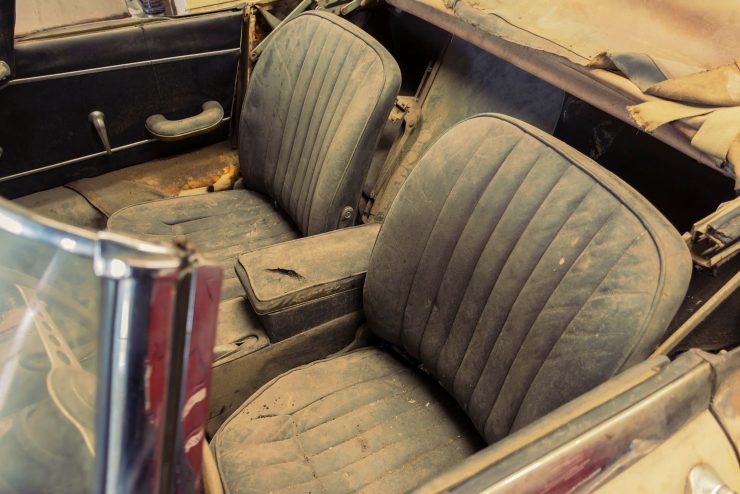 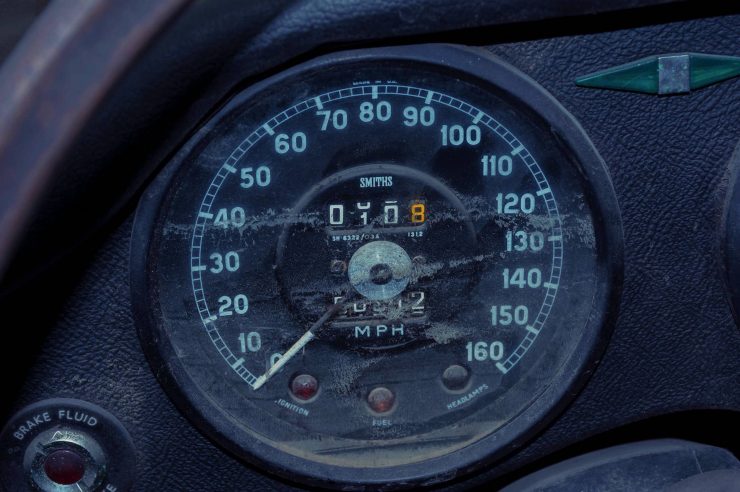 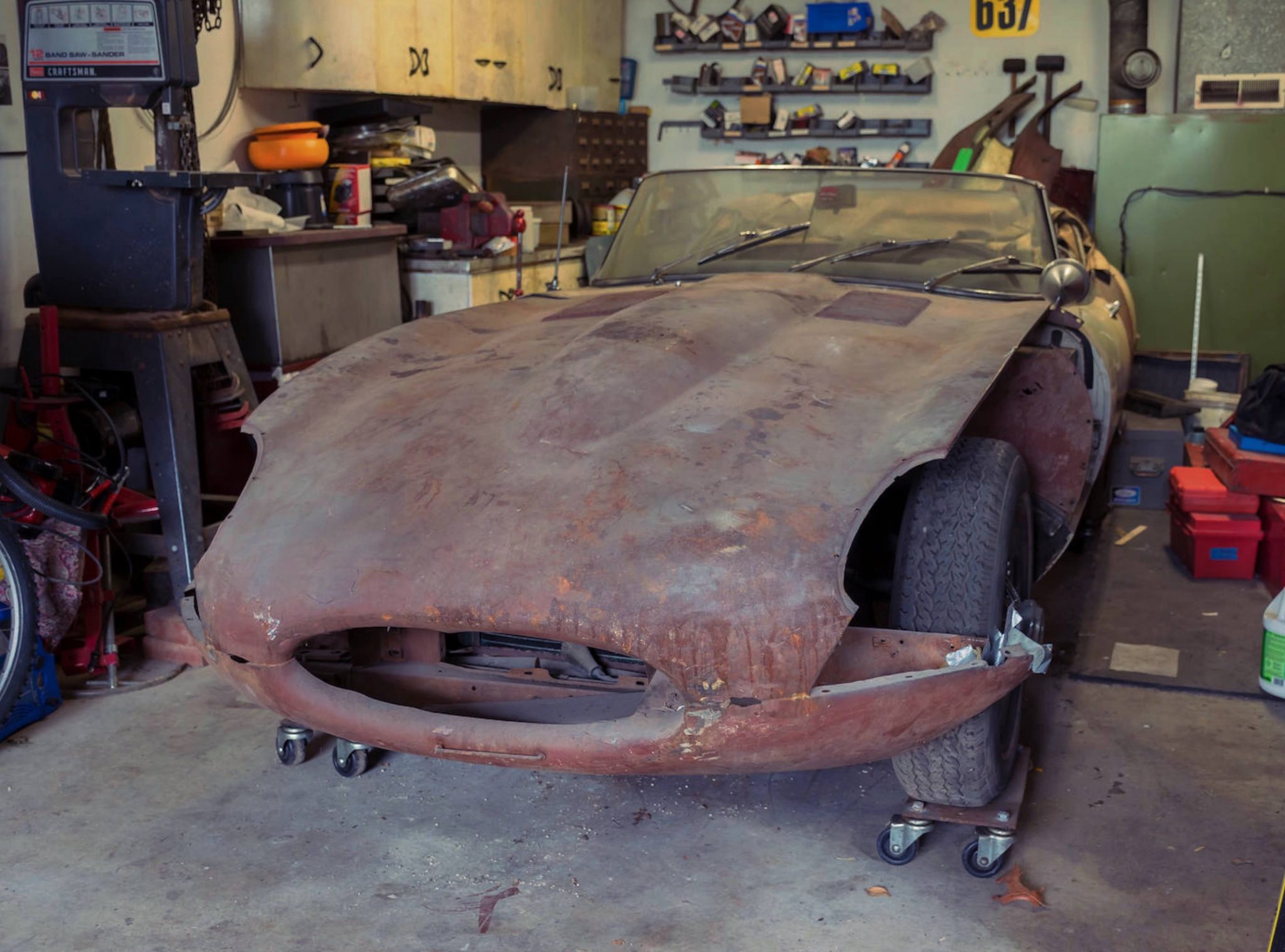