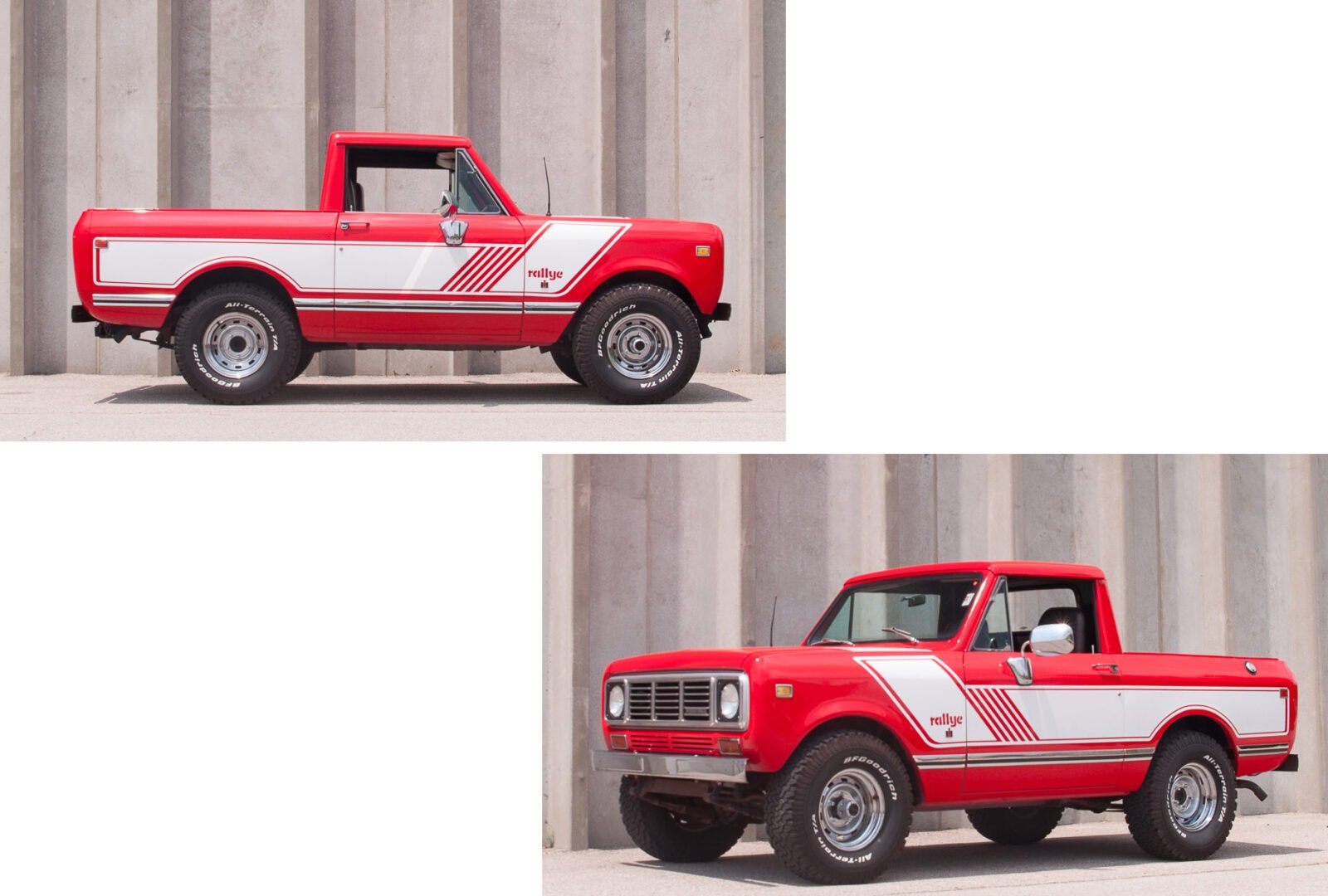 This is the Rallye Edition of the International Harvester Scout II Pickup, with its distinctive red and white paintwork including the “rallye” logo emblazoned on each front fender.

The Scout’s popularity has been skyrocketing in recent years along with the popularity of vintage Broncos, Jeeps, Land Rovers, Range Rovers, and Land Cruisers. Even though over 500,000 Scouts were made between 1961 and 1980, they’ve become harder to find in good, original, and rust-free condition.

The Scout was first introduced in 1961 after a rapid 24 month development in order to compete with the Jeep CJ. The design directive was to “create something to replace the horse” but there was only a somewhat limited number of civilian 4x4s on the road in the 1950s, mostly either Jeeps or Land Rovers depending on which country you were in.

The engineers who developed the Scout used the same basic architecture as vehicles like the Jeep and Land Rover (and many road cars of the era), with a body-on-chassis design, live front and rear axles on leaf springs, front and rear drum brakes, engageable 4×4/2×4, a removable roof, and a fold down windscreen. 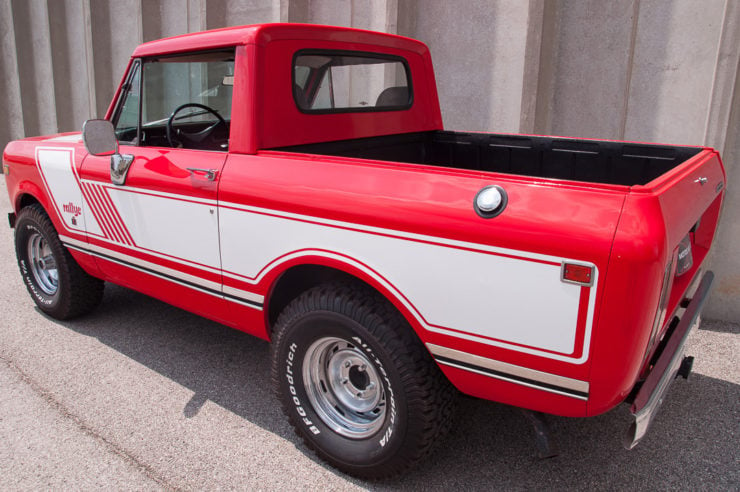 Glass was kept flat for easy replacements and panel curves were minimal to keep things as simple as possible. From 1961 International Harvester sold the Scout 80 and the Scout 800, before replacing them with the Scout II in mid-1971.

The Scout II offered a series of new engine options and upgrades designed to make the Scout II a little easier to live with as daily transportation. A few special versions of the Scout II were offered including the popular Rallye Scout which was first offered in 1976 to celebrate the Scout’s victories in off-road racing competition.

The Rallye has special paint work, tires, uprated shock absorbers, and power steering. Special editions of the Scout in good condition are now highly sought after, as not many managed to survive the decades without succumbing to rust.

The Rallye Scout you see here is a 1976 model, the first year the special edition was offered, it’s been fitted with steel wheels with hefty BF Goodrich All Terrain tires, but otherwise appears to be largely stock throughout, including the original 345 cu. in. (5.7 litre) V8 and 4-speed transmission. 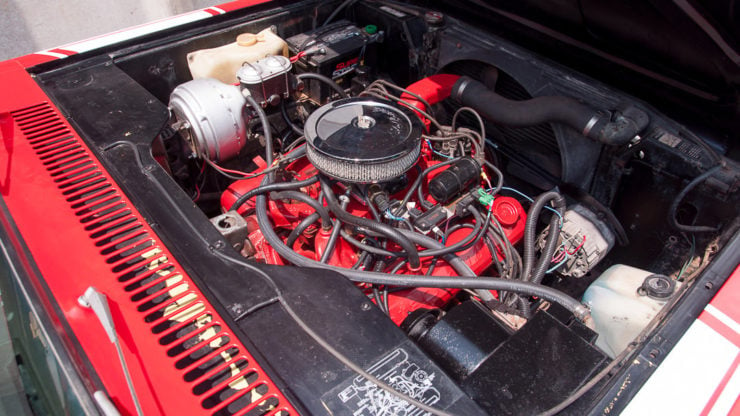 This engine was internally code-named SV-345, it’s an overhead valve V8 with two valves per cylinder, and the usual layout with the carburettor and intake manifold in the centre of the “V” and the exhaust manifold exiting to the outside.

Inside the cabin there’s seating for two, two centrally-located levers for the transmission and low/high range operation. As you would expect for a ’70s era vehicle there are manual window winders and ashtrays fitted to the doors. A previous owner has fitted a Kenwood head unit with two way speaker units behind the seats, though this could be reversed fairly quickly if the new owner wanted to return it to stock with an AM/FM unit.

If you’d like to read more about this Scout II or register to bid on it you can click here, it’s due to roll across the auction block with Mecum in early November. There’s currently no price guide but according to Hagerty it should be worth (approximately) $20,000 to $25,000 USD. 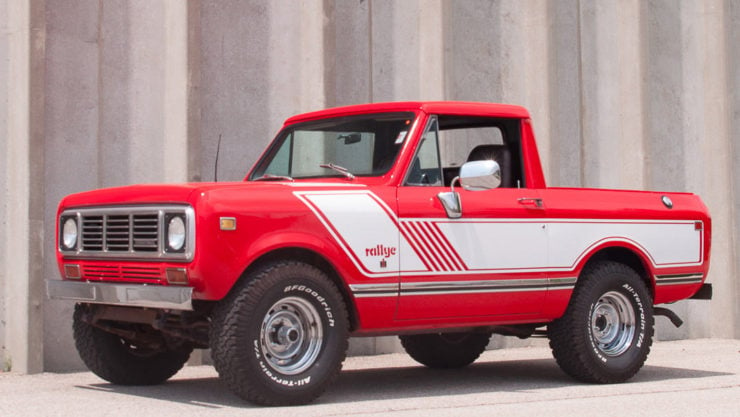 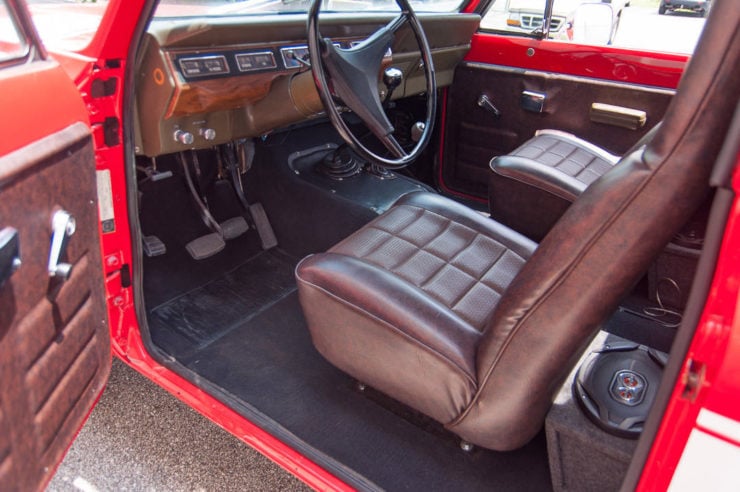 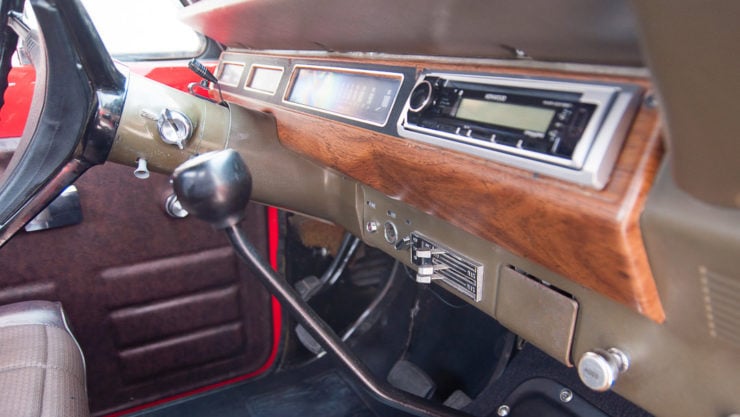 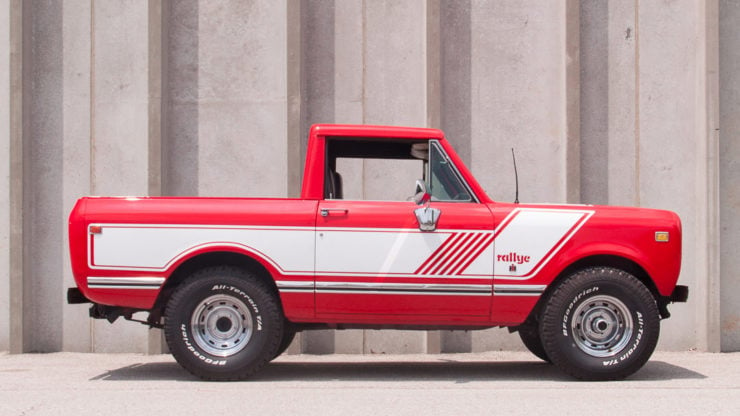 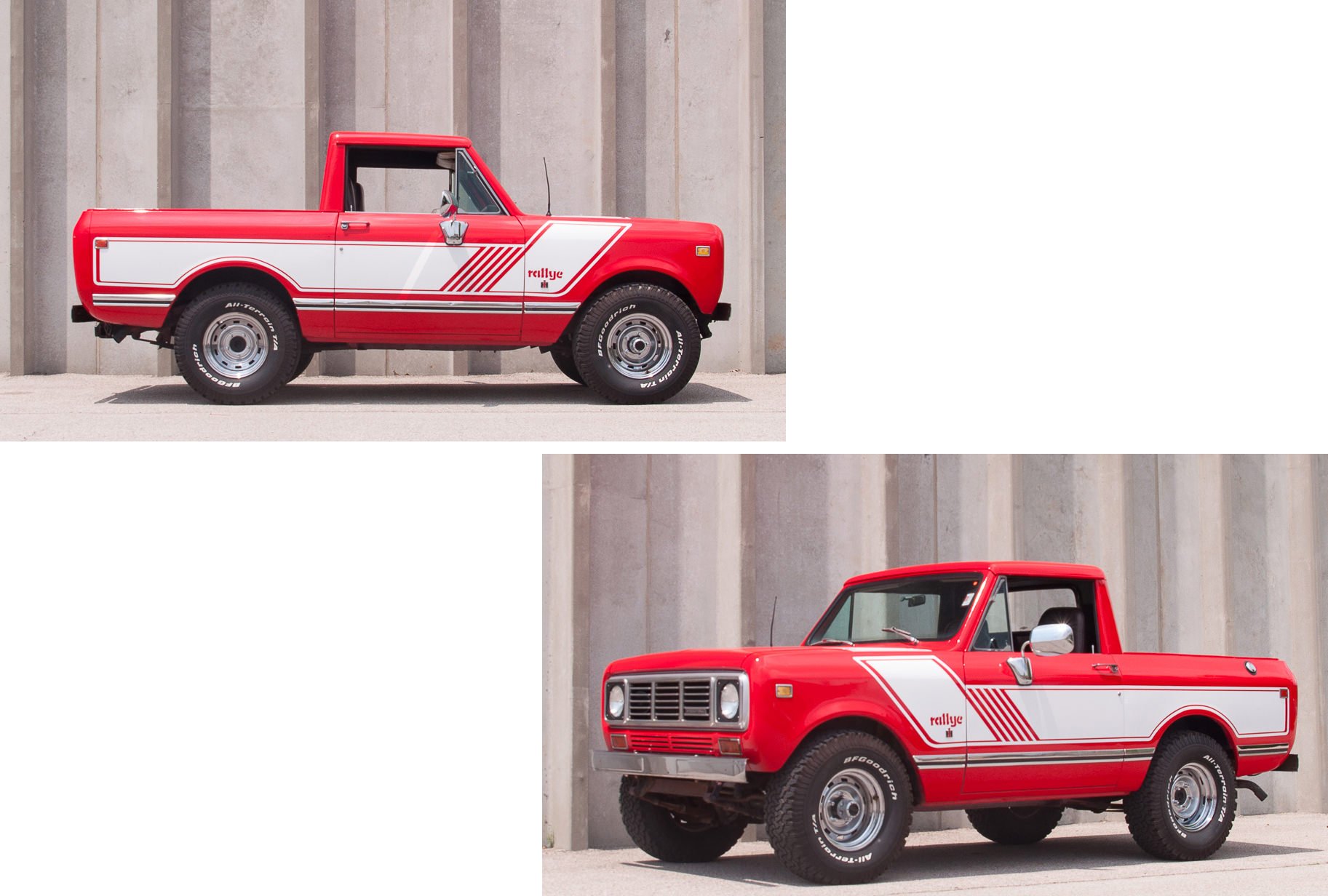