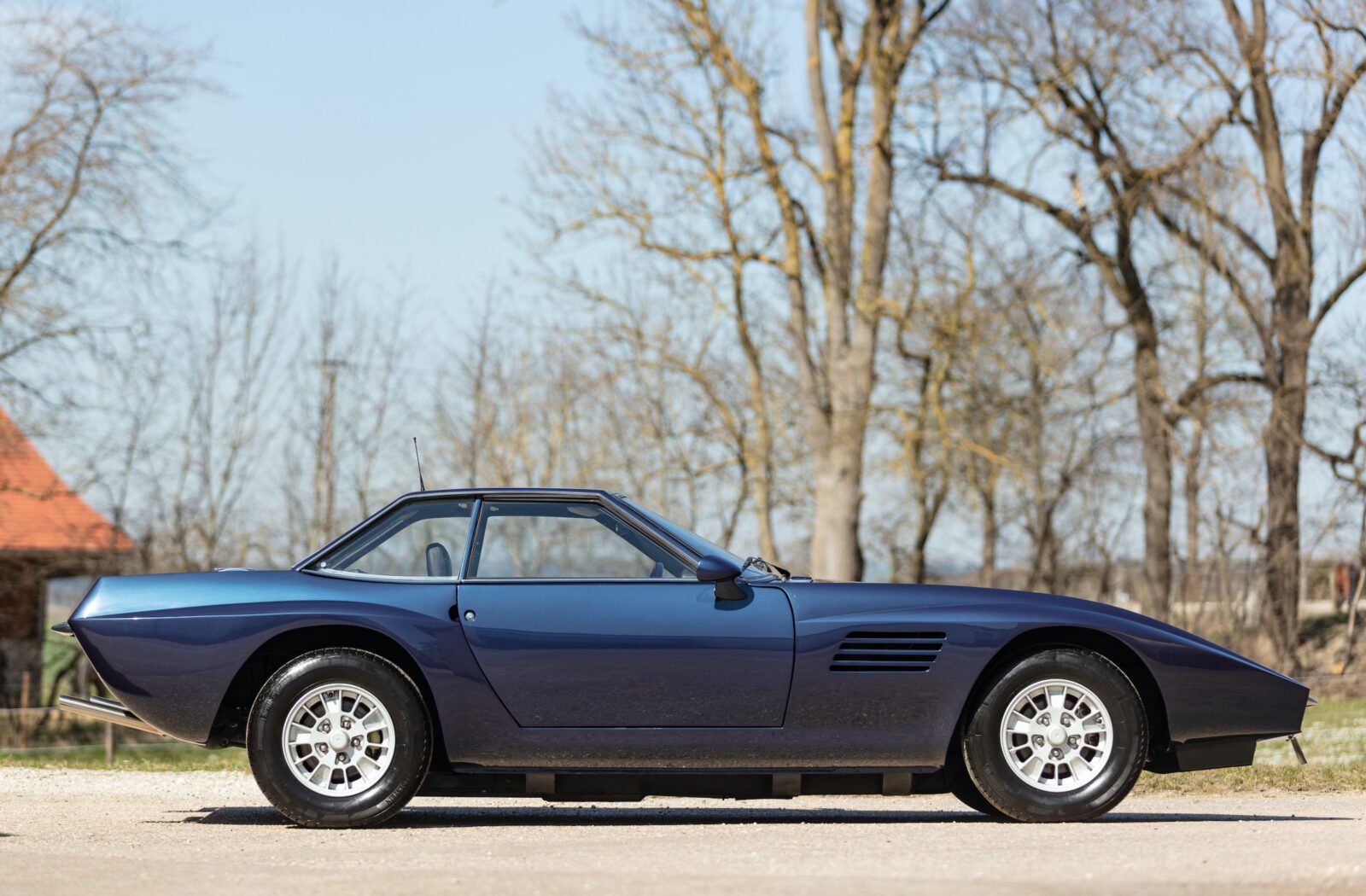 This is an Intermeccanica Indra, it’s a rare Italian-built sports car from the early 1970s that makes use of an American drivetrain and many other components. Just 125 or so of these Italian/American cars were built between 1971 and 1975, today they’re becoming increasingly sought after as more people learn about them.

Intermeccanica is an unusual company, it’s one of very few boutique automakers that were founded in the 1950s that remain in business building cars to the modern day. The company was set up by Frank, a Hungarian-born Canadian, and Paula Reisner, a Czech-born Canadian after they moved to Italy in 1959.

When the young couple first arrived in Turin with dreams of starting their own car company they were so broke they camped in the foothills on the outskirts of town and lived out of their Fiat 500. They would call their company Intermeccanica, and they started out building simple tuning kits for European cars.

Before long Intermeccanica had a workshop and a small staff, they designed and built a Formula Junior car that was capable of over 140 mph around the Monza circuit. Later the company would build the modified InterMeccanica Puch, or IMP, which would take a class win around the Nürburgring ahead of the cars built by Abarth – much to the annoyance of Carlo Abarth.

By the early 1960s the time had come for Intermeccanica to build their first sporting GT car, something to compete with established marques like Ferrari, Aston Martin, Jaguar, Mercedes, and Maserati. This car would be the Intermeccanica Apollo – the first prototype was unveiled in 1962 and it immediately won “Best In Show” at the New York Auto show in the same year. 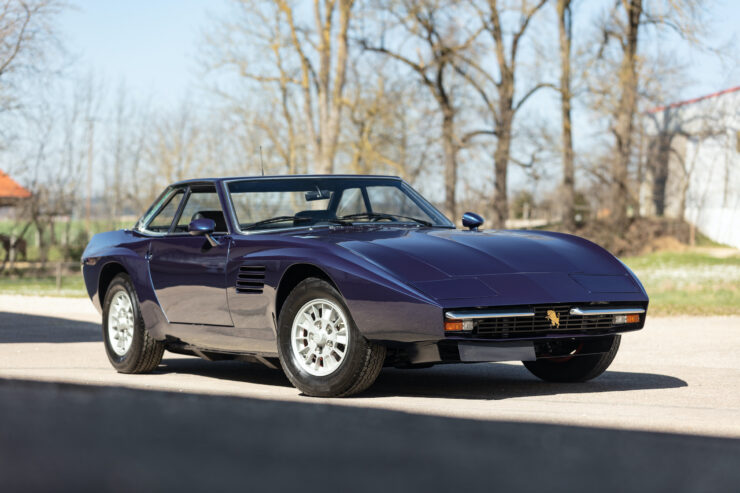 Above Image: The slightly sharper lines of the Indra have won it many fans over the years. Some have compared it to the C4 Corvette which didn’t appear until 1984, over 10 years later.

Whereas the Apollo and the Italia both has the curves and elegance of a 1960s-era Italian GT the Indra had a more angular design language better suited to the brand new decade of the 1970s. Beautiful by any standard, the Indra was designed by Franco Scaglione and released at the Geneva Motor Show in March 1971.

The key to the success of the Indra was the deal organized by Erich Bitter between Intermeccanica and General Motors. This deal allowed Intermeccanica access to the V8 engine and other parts from the Opel Diplomat, it also meant that the Indra could be sold through Opel dealers, and taken to them for servicing and parts.

This deal would stay in place from 1971 until 1973 when GM withdrew from the agreement, Intermeccanica tried to keep the car in production using Ford parts but by 1975 it reached the end of the line and left production. In the end the company had produced 60 convertibles, 40 coupes, and 25 2+2s, with the possibility that up to 15 additional cars were shipped to the United States. 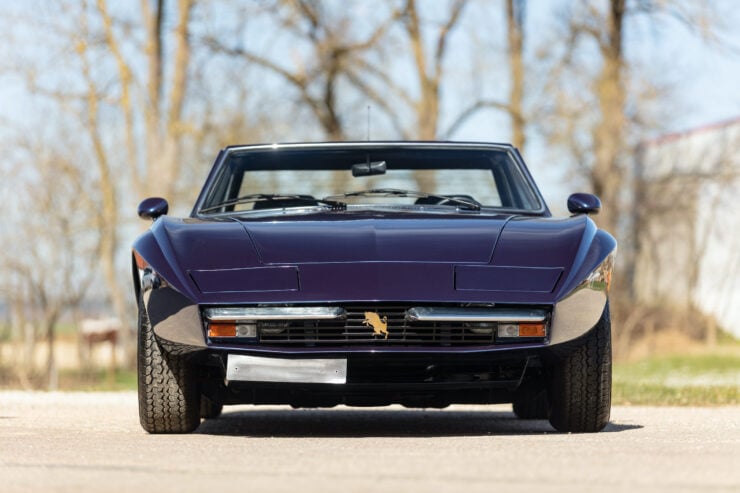 Above Image: The “Prancing Bull” logo can be seen in the center of the grille, nestled between tiny split bumpers.

The Indra was offered as a convertible, a coupe, and a hatchback with 2+2 seating. All were powered by V8 engines with early cars getting GM V8s from either the Diplomat or the Corvette, and later cars getting engines from Ford.

It’s not known exactly how many Indras have survived to the modern day, we typically only see one come up for sale every two or three years, with the earlier Italia being more common as over 400 were built.

The Indra you see here is a 1972 model fitted with a Chevrolet Corvette 327 cu. in. V8 engine mated to an automatic transmission. This is the coupe variant of the model, essentially just a steel roof welded onto the convertible’s steel body, though the resulting car is attractive and the driver has excellent visibility.

If you’d like to read more about this car or register to bid you can click here to visit the listing on RM Sotheby’s. It’s currently listed with a price guide of €40,000 to €50,000 and it’s being offered without reserve. 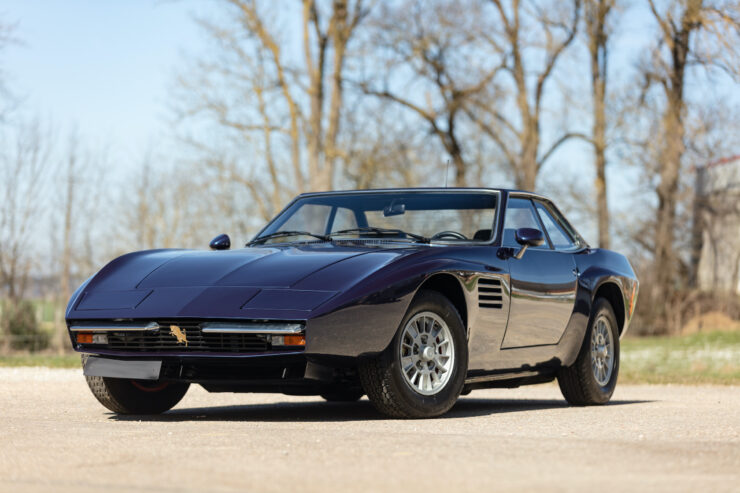 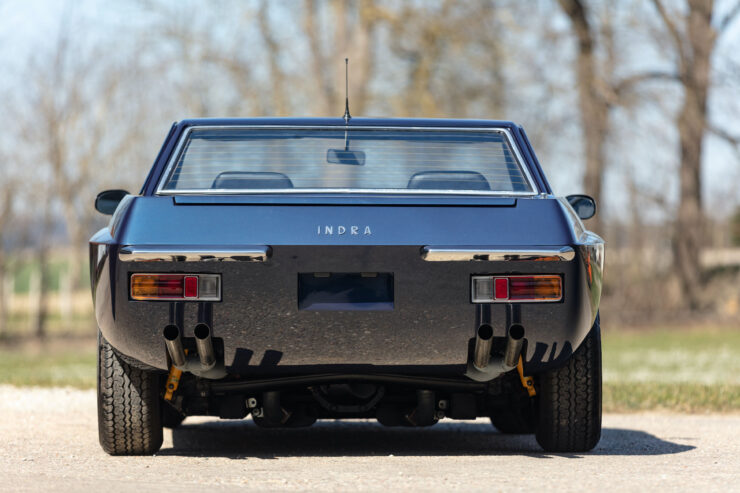 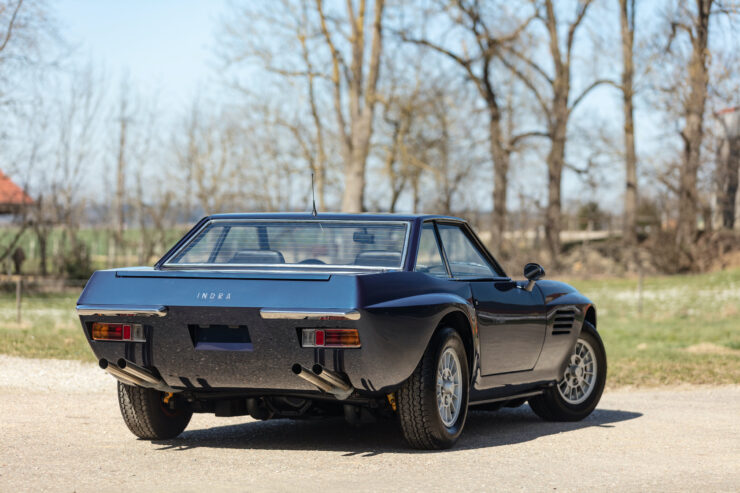 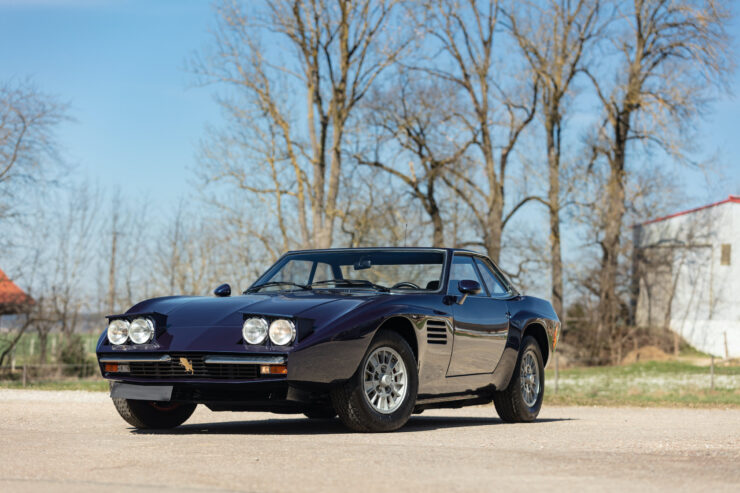 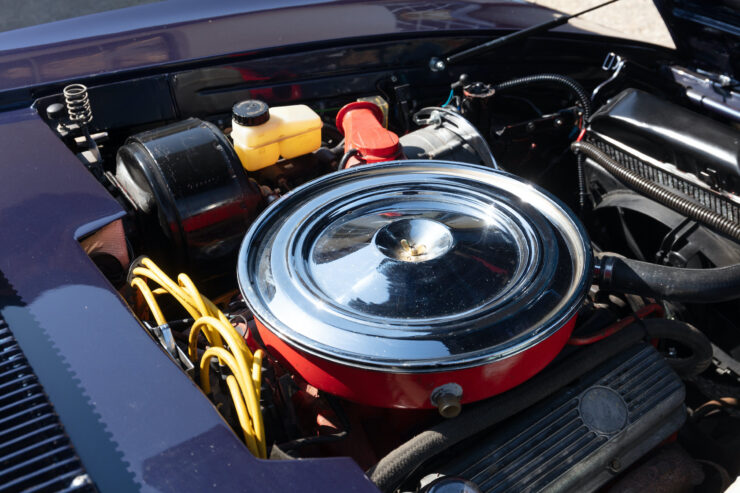 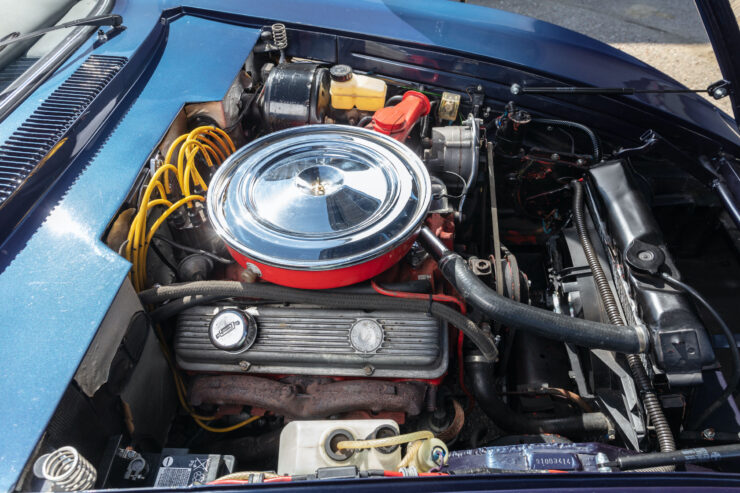 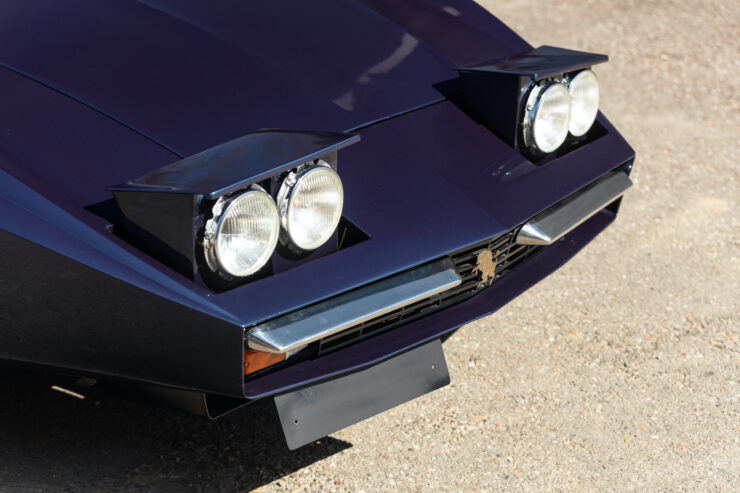 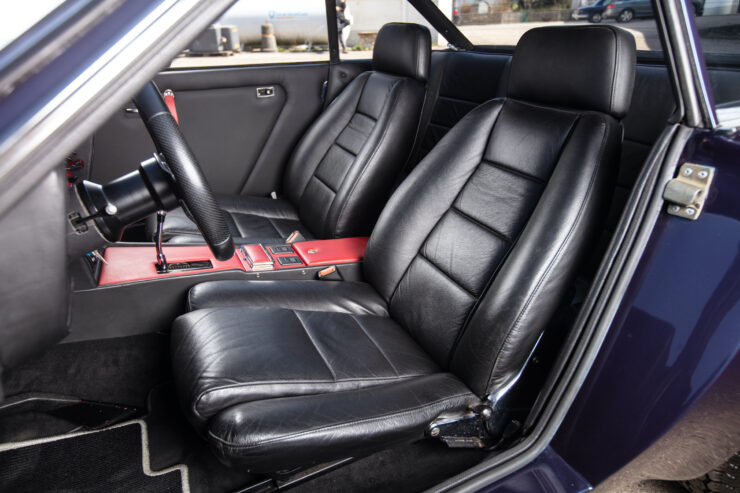 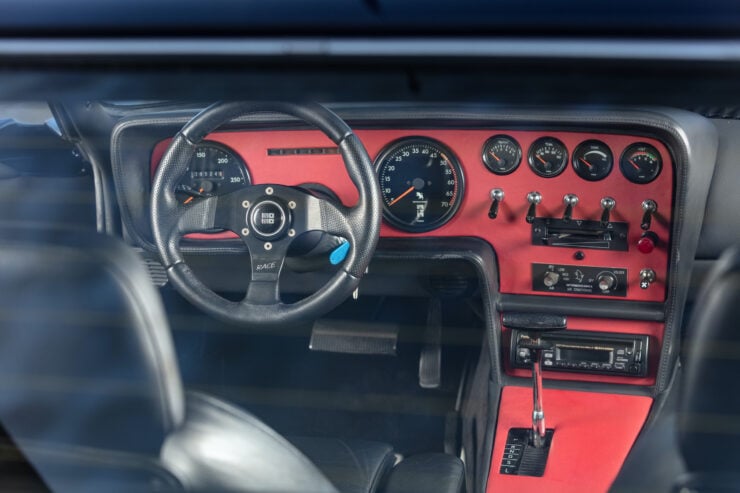 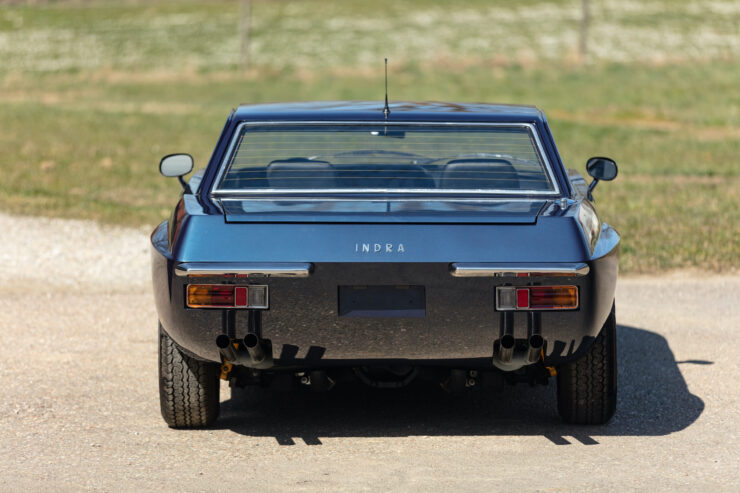 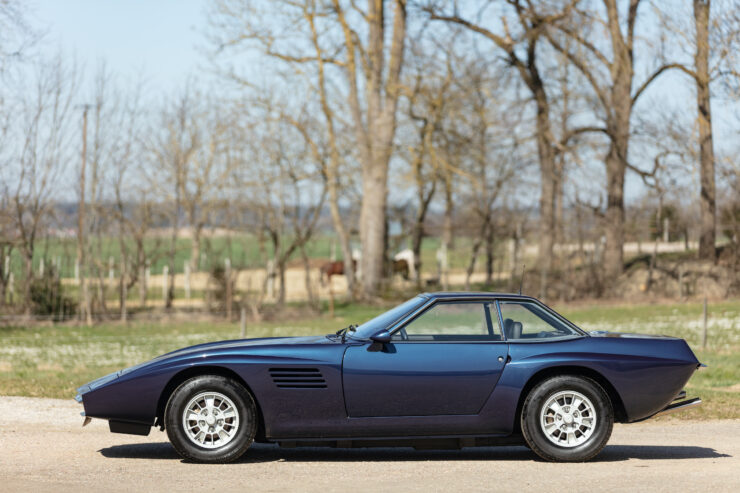 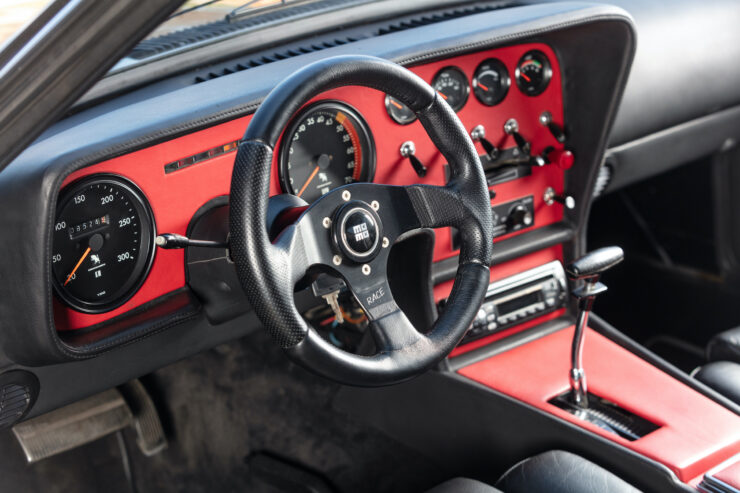 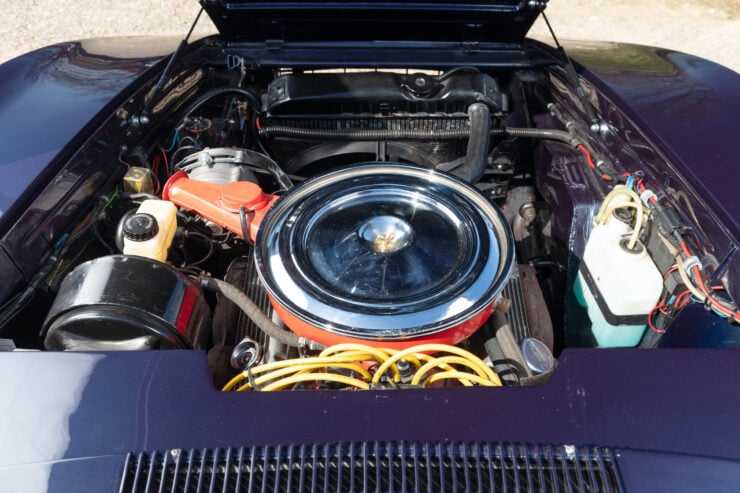 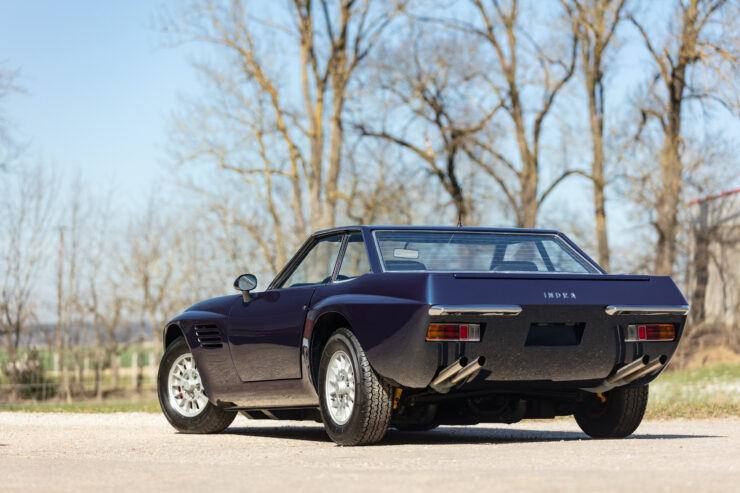