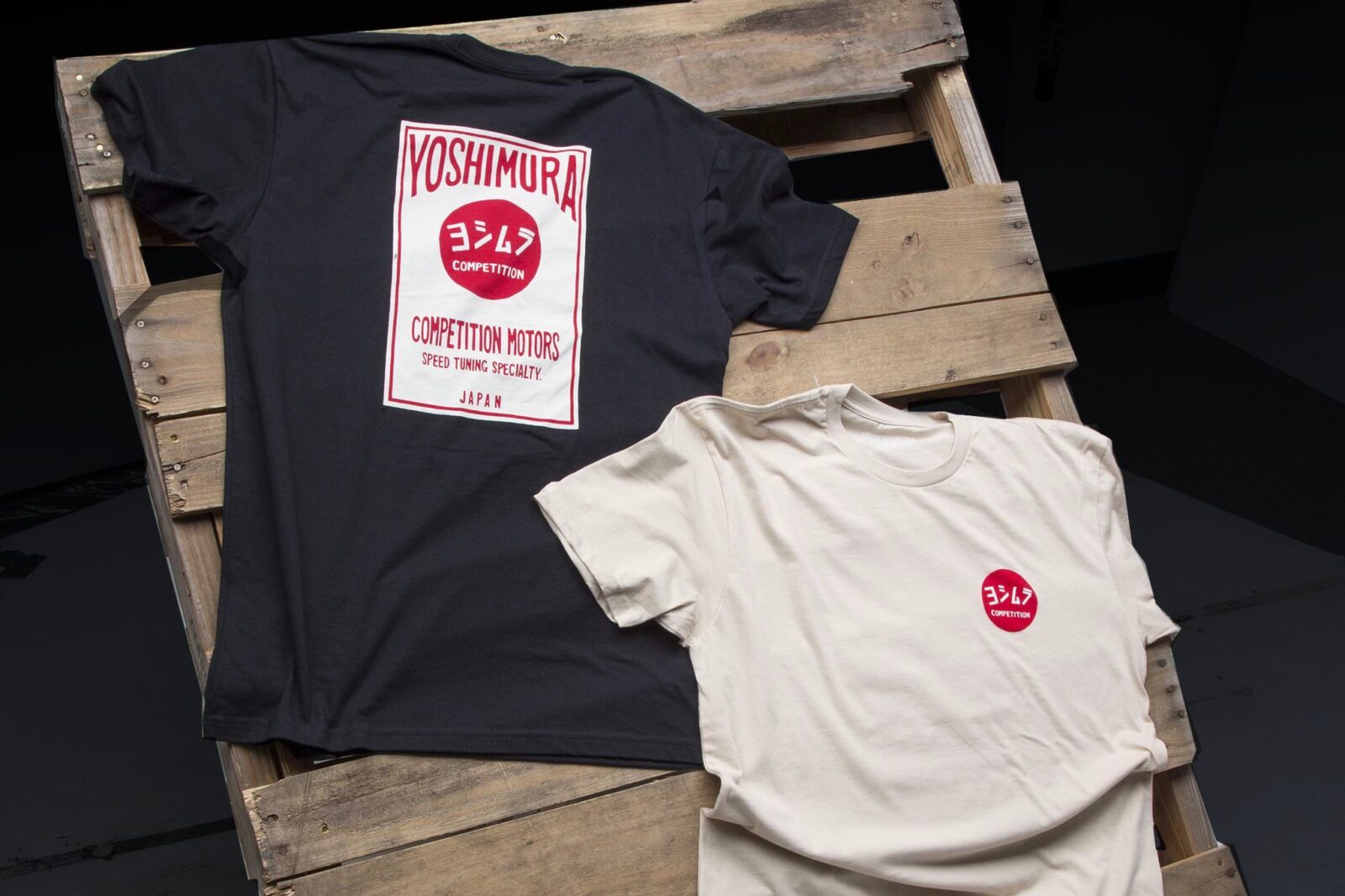 This retro Yoshimura t-shirt was made to celebrate the company’s original logo, and their 50+ years of history creating some of the fastest modified engines to ever come out of Japan.

Each of these tees is made in the USA on a premium cotton blank, water-based inks are used, and sizing from S to XXL is offered along with either white or black colorways.

For the uninitiated, Yoshimura was founded by Hideo “Pops” Yoshimura in Japan in the years after World War II – he became known for tuning the motorcycles of American servicemen in the country.

Pops has served during the war as an aircraft mechanic but he would become famous for his work on motorcycle engines – often getting more power out of them than even the factory racing teams. 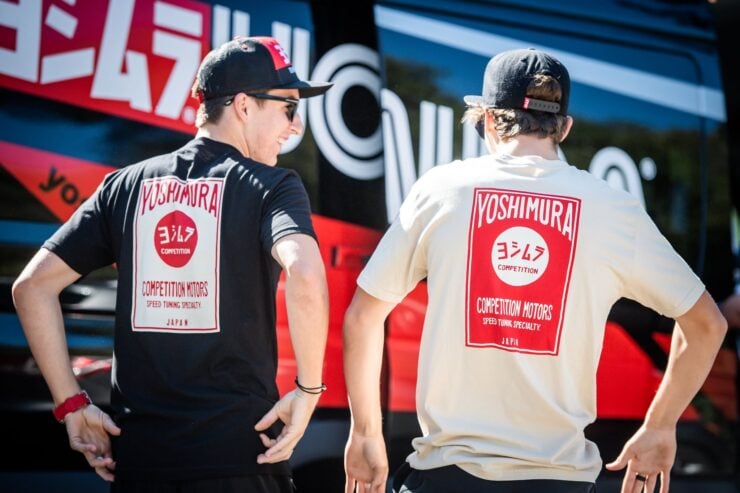 He moved to the United States in 1971, just as the Japanese superbike revolution was taking off. He became known for his excellent workmanship and his ability to tune motorcycles for both the street and the track.

As the 1970s progressed Pops began building race bikes to compete in AMA national races, Kawasakis at first but he would switch to Suzuki in 1978. In ’78 motorcycles built by Pops Yoshimura would win the 1978 Daytona Superbike race and the 1978 Suzuka 8 Hours in Japan.

His motorcycles would win the AMA Superbike national championship in 1979 and 1980 and Suzuki used Yoshimura to run their own factory race team he was so successful.

The company he founded still makes some of the best performance parts for Japanese motorcycles in the world, they’re probably most famous for their performance exhaust systems which can be seen on everything from motocross and enduro racers to MotoGP superbikes. 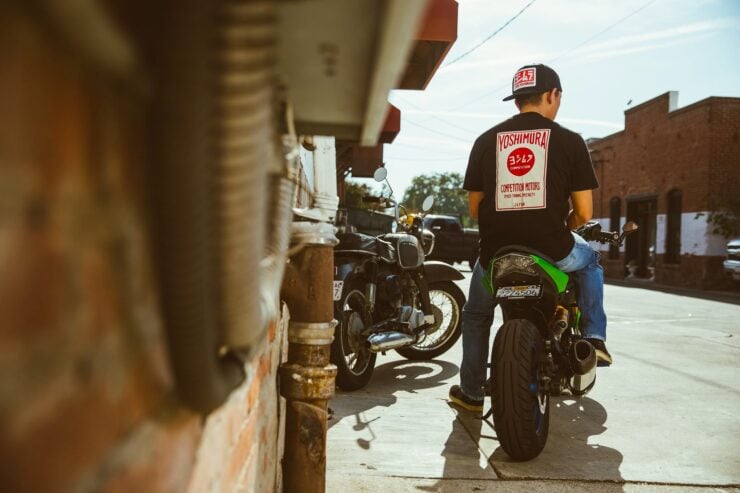 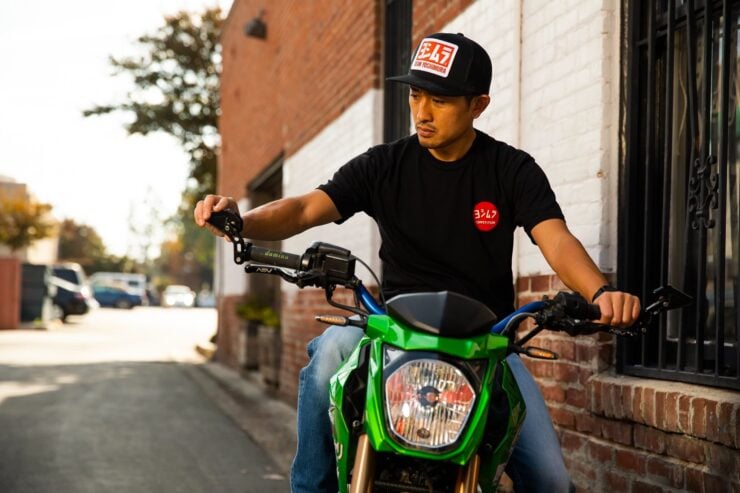