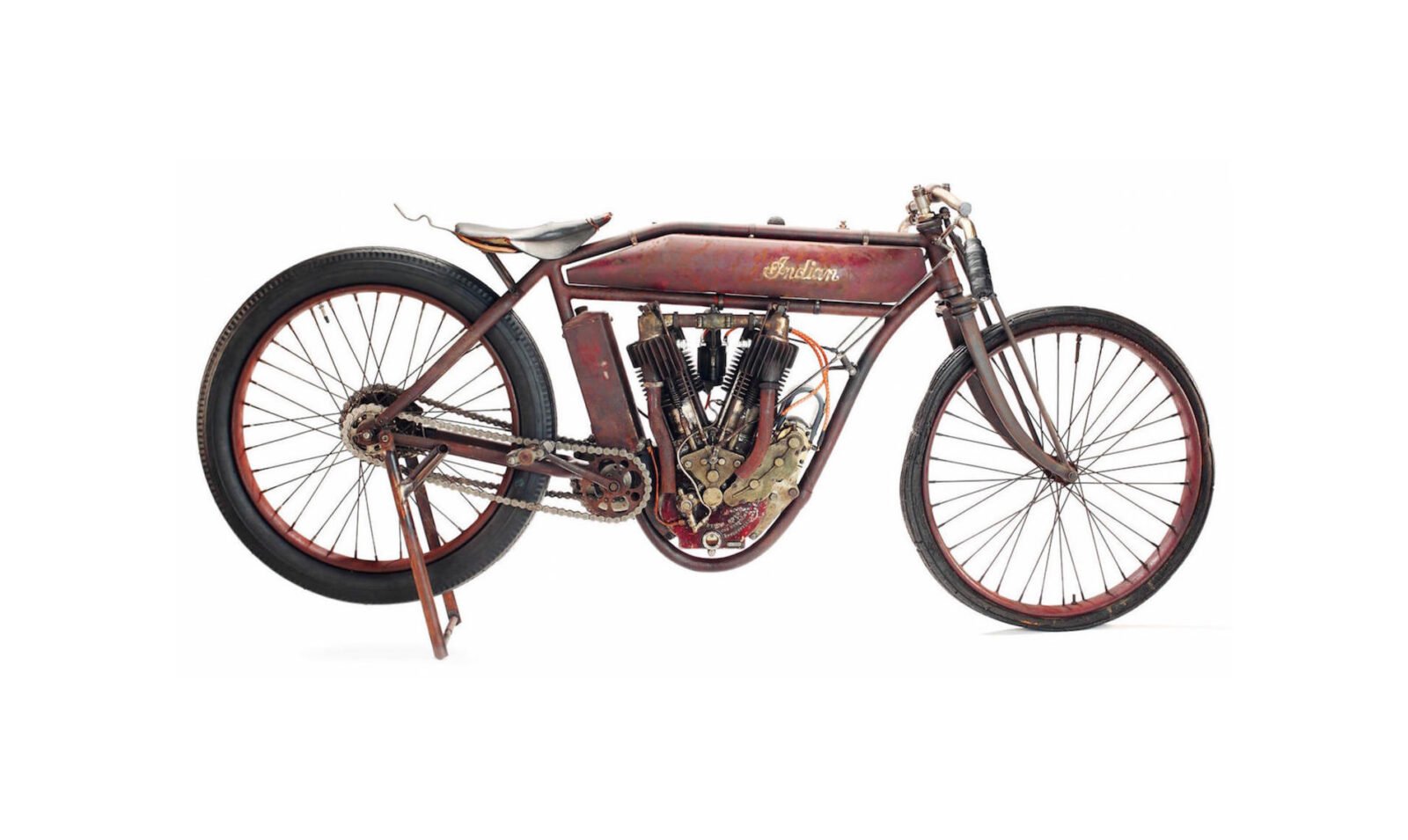 This 1912 Indian Board Tracker is a 102 year old survivor from the formative and exceedingly dangerous years of two-wheeled motor racing in the United States – the board track circuits were (as the name implies) made from millions of wooden boards hammered into banked ovals up to 2 miles in length and riders would regularly reach speeds of over 100mph with no brakes and very little if anything in the way of suspension.

The Indian you see here is one of the earliest models built by the company, it’s powered by a 61 cubic inch V-twin but much of the rest of the bike is more closely related to a bicycle than you might expect. The suspension is provided by the tire sidewalls and braking was accomplished by coming off the throttle and putting your feet down as gingerly as possible onto the rough 2 x 4s that made up the surface of the track.

By the time this motorcycle was produced Indian had only been in business for 11 years but despite this relative youth the company was a major tour de force in motorcycle production on a global scale. In 1911 motorcycle produced by the company took the first three places in the 1911 Isle of Man TT and as the 1910s progressed Indian became the single largest manufacturer of motorcycles in the world.

Much of the success and popularity of the marque was due to its success on the race tracks of North America and Europe, although automobiles were still financially out of reach for many, motorcycles presented an affordable and alluring option for people wanting to join the rapidly spreading mechanisation of the western world.

The original and unrestored 1912 Indian Board Tracker you see here is due to be auctioned by Bonhams at the Las Vegas Motorcycle Auction on the 8th of January 2015, although it’ll be temping for the new owner to commission a full restoration I can’t help but hope that they get it running but leave the patina as it is. 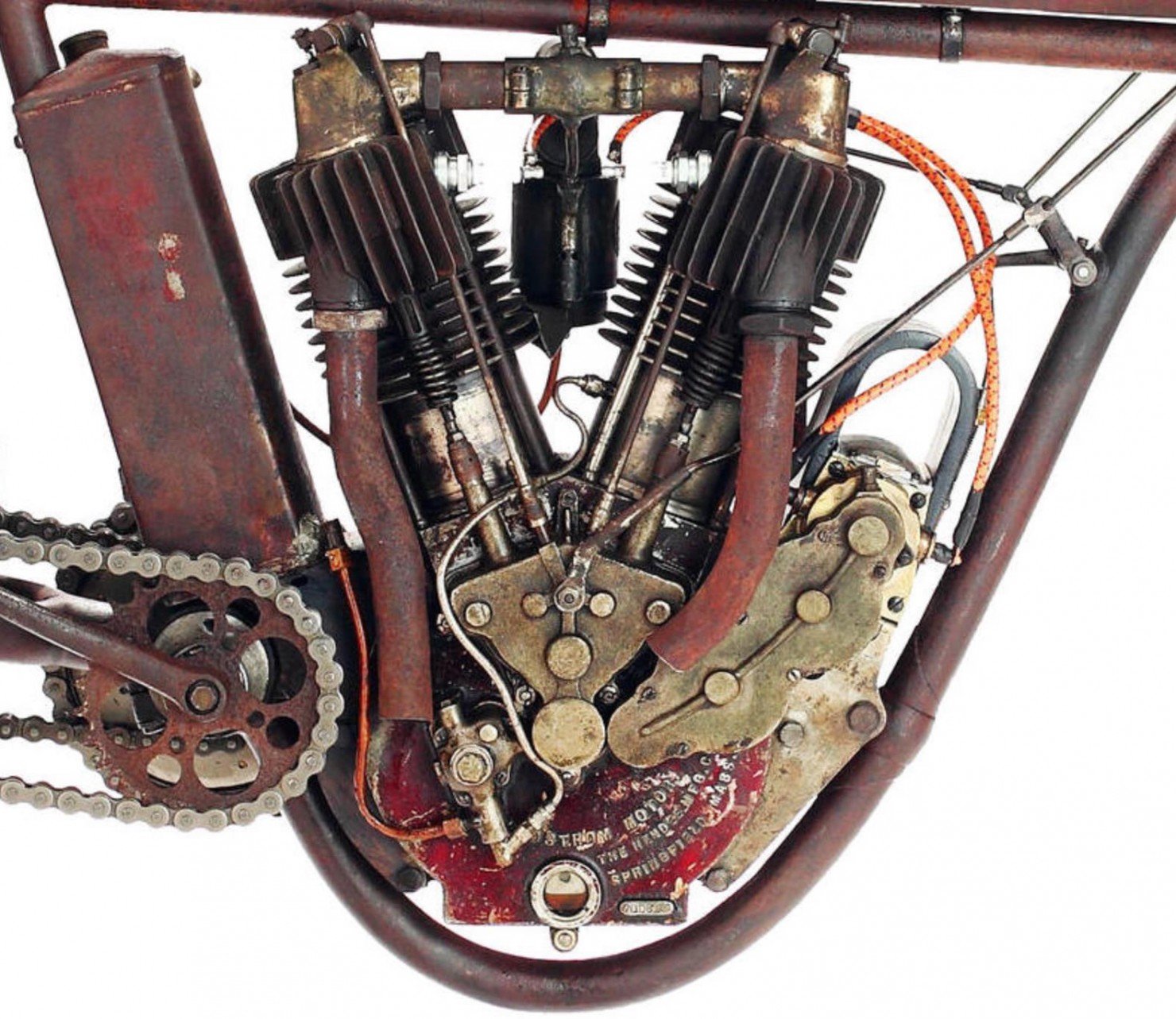 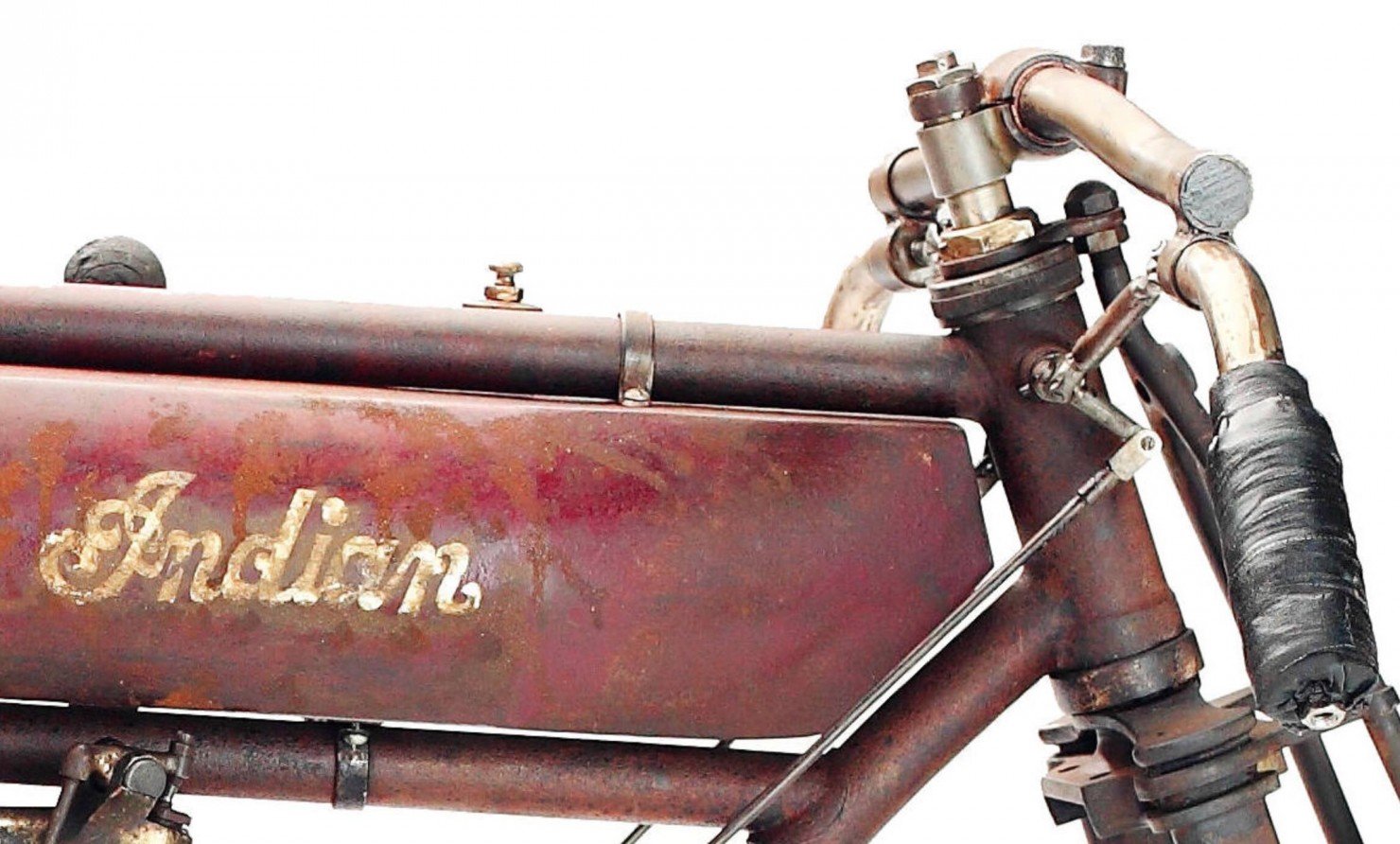 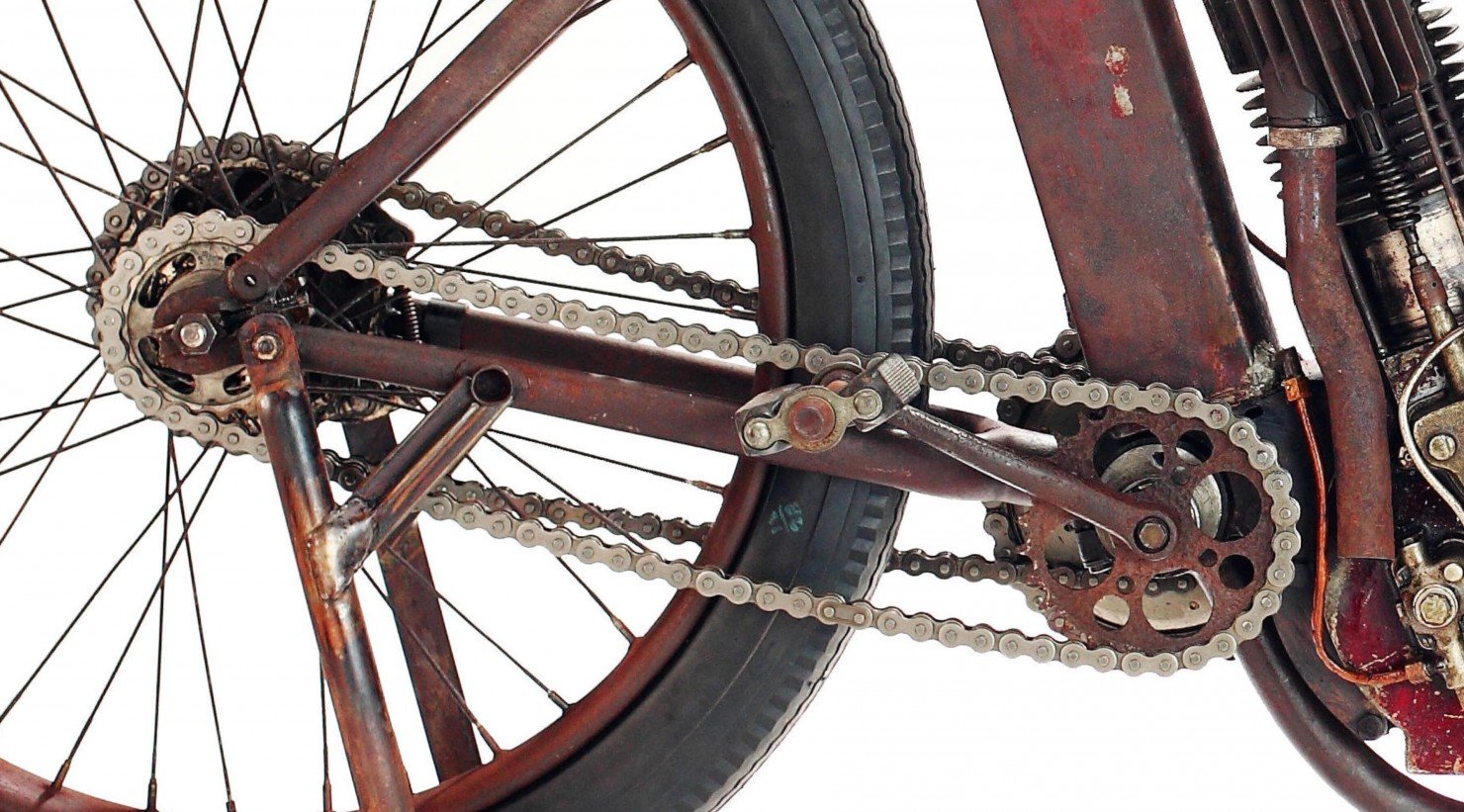 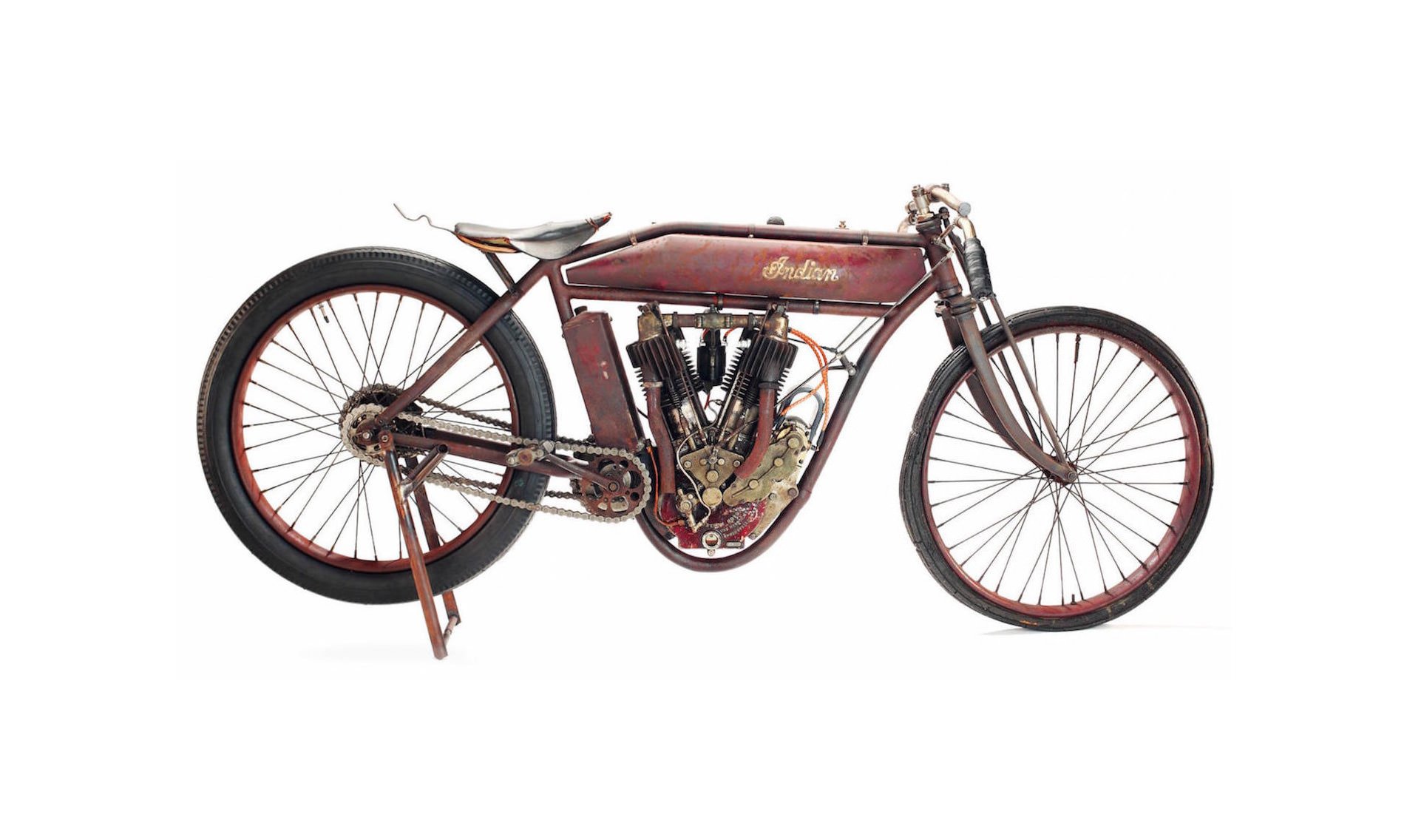