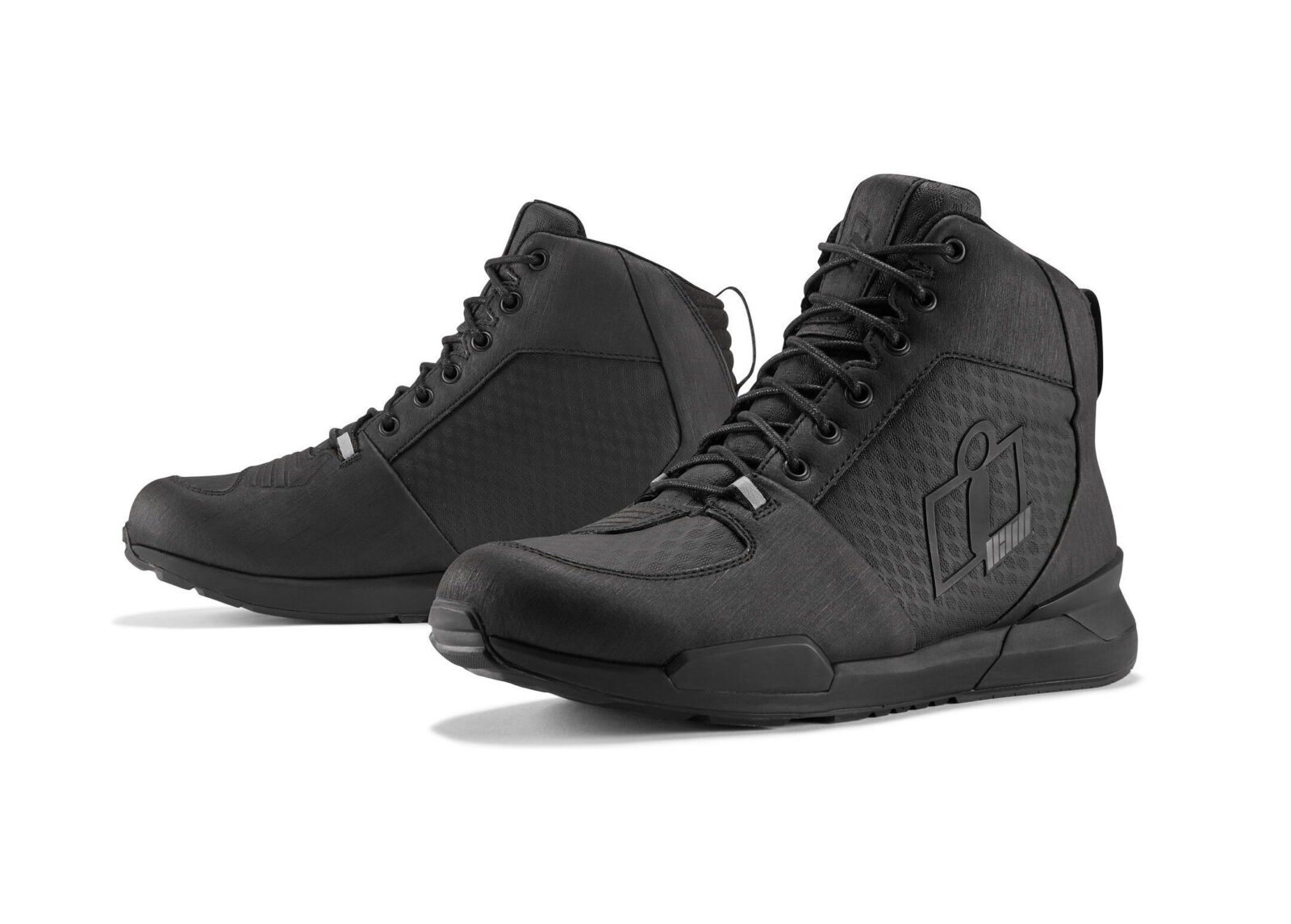 These are the new Icon Tarmac WP boots, they were designed by the team at Icon to provide a daily-wearable motorcycle shoe for people who want protection from both the weather and the asphalt, without compromising on comfort and walkability.

With an MSRP of $150 USD the Tarmac WP boots definitely sit down near the more affordable end of the motorcycle boot market. Each pair has a hard-wearing TECTUFF® upper with an eVent waterproof membrane, this combination provides both protection and breathable waterproofing to keep your feet try when you get caught in the weather.

Inside the boots you’ll find an athletic footbed that gives a similar feel to basketball shoes, there’s also an internal axial-metric shank, and D30 ankle armour inserts to help protect your feet if you’re involved in an accident. 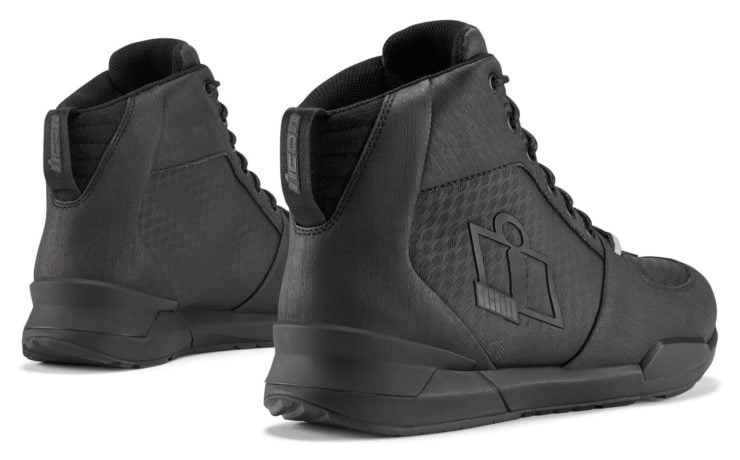 The low-profile Icon outsole provides good grip on a variety of surfaces, and there’s an additional protective panel over the toes of the shoes on each side to help protect the upper from wear incurred by using your motorcycle’s gearshifter.

The reason the added protection is on both sides rather than just on the left side is because many vintage motorcycles made before the mid-1970s feature right side shifters – particularly British and Italian bikes.

Icon offer the Tarmac WP boots in black or tan colorways with sizing that ranges from 7 to 14 US, there’s also a handy sizing chart on the website to help you get the right fit first time. All Icon gear has a 1 year warranty from date of purchase against defects in materials and workmanship. 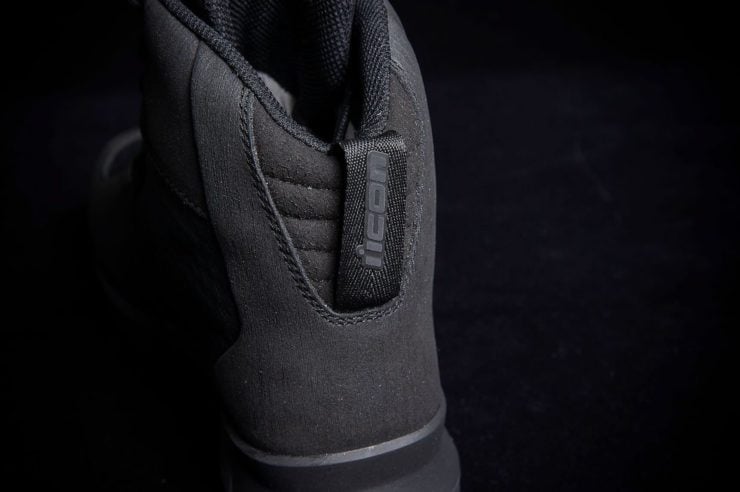 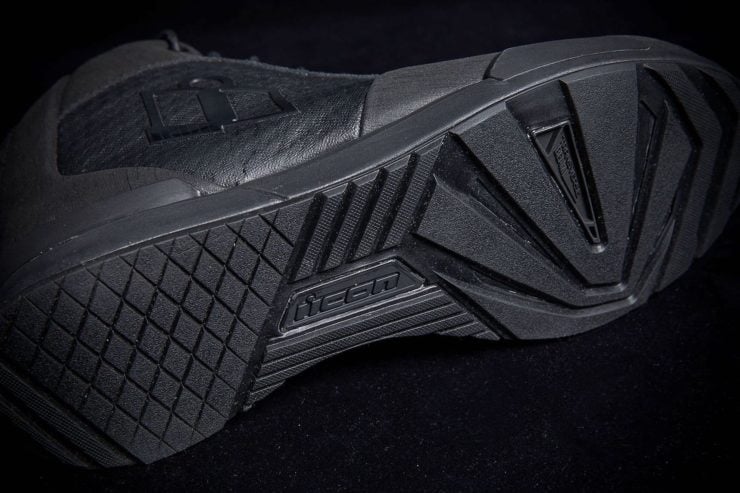 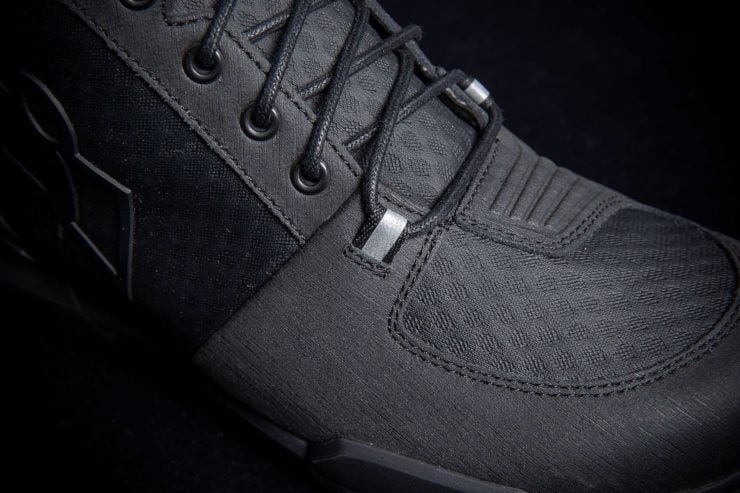 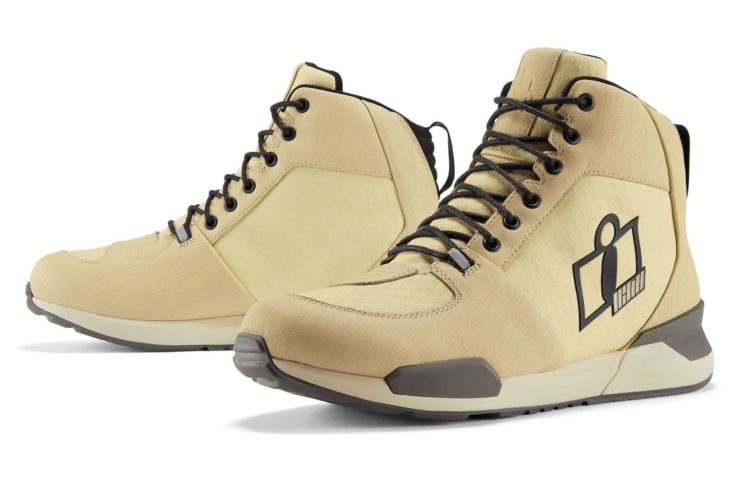 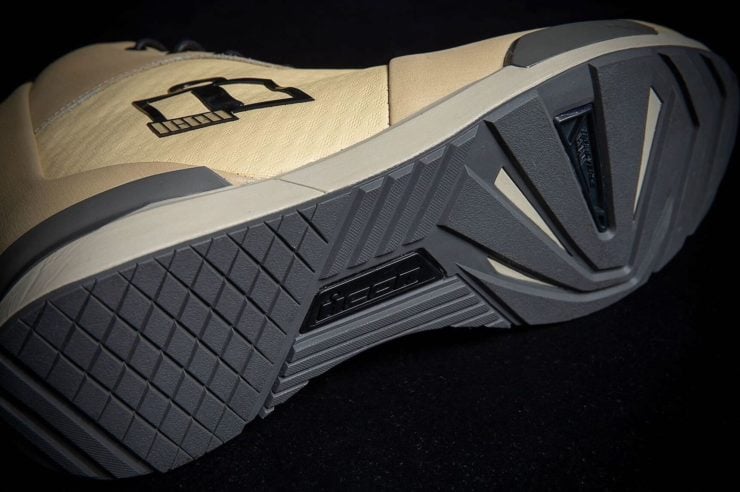 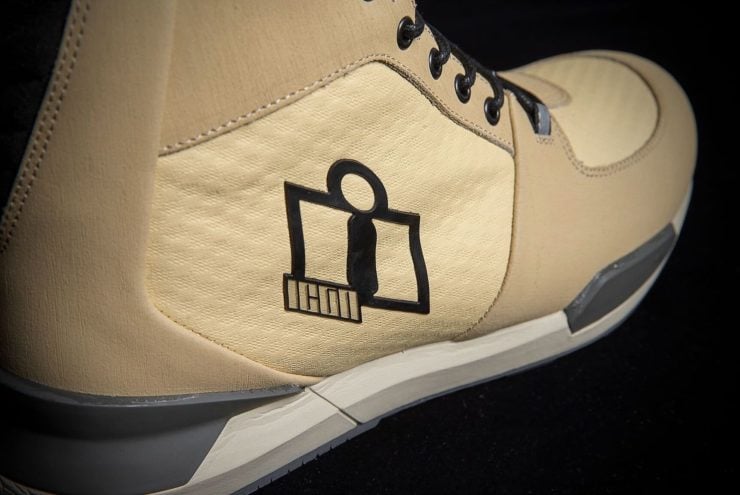 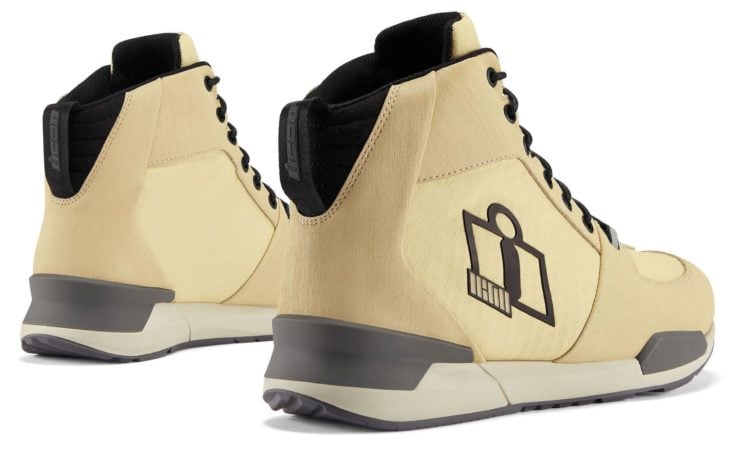