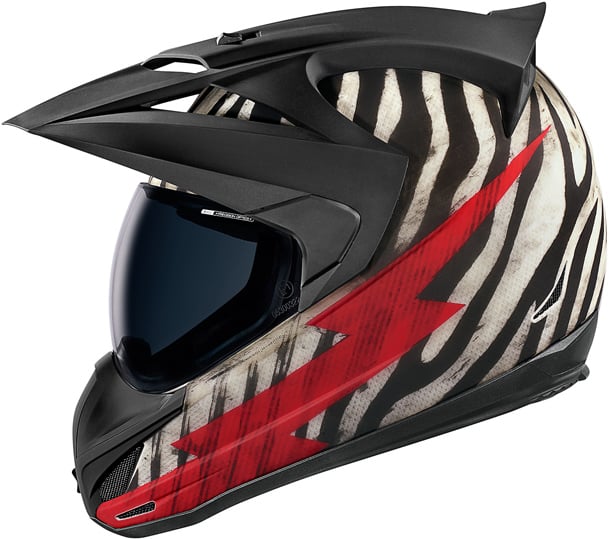 Our female counterparts in the world of motorcycling are often forgotten about by manufacturers, the limited amount of protective gear they have to choose from often leaves them buying and wearing stuff they’d never have chosen otherwise. With this in mind the team at Icon 1000 set about creating what is almost certainly the best collection of women’s gear you’ll find anywhere in 2013, so scroll down and have a look, you can click any of the links to visit the official product page and have a meander through the other women’s gear we didn’t have room for here. 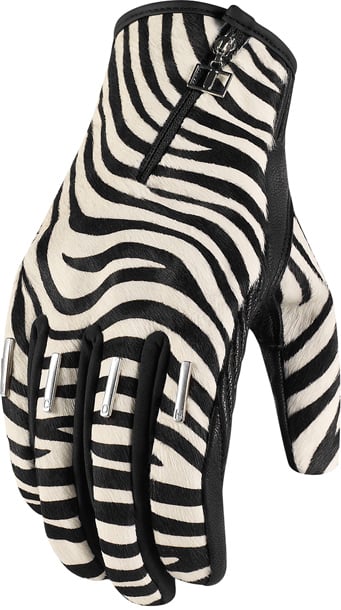 The Catwalk women’s glove is a slip & zip leather moto-glove with a printed calfskin upper and battlehide chassis, it has pre-curved fingers for comfortable handlebar holding and they have the look of a glove you could wear in winter, on days when you won’t be touching your bike. 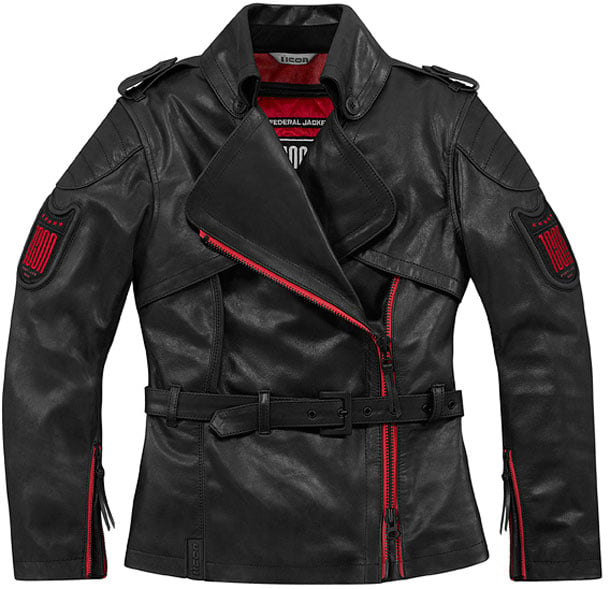 Each of these jackets is made from hand-cut, machine sewn Brazilian cowhide, they’re also fitted with a full compliment of D3O® CE approved shoulder, elbow and back armour. If you only want to buy one motorcycle jacket, this is the probably your best bet.

This full-face helmet is actually unisex, so if you’re a man and you love it you’ll be able to grab one in your size. It’s fully compliant with DOT/USA, ECE/EUR, SAI/AUS and SG/JAP certifications making it one of the safest lids on the market. It’s fitted with a prescision optics visor, a hydradry interior, a fog-free shield coating and a Rubatone exterior finish. 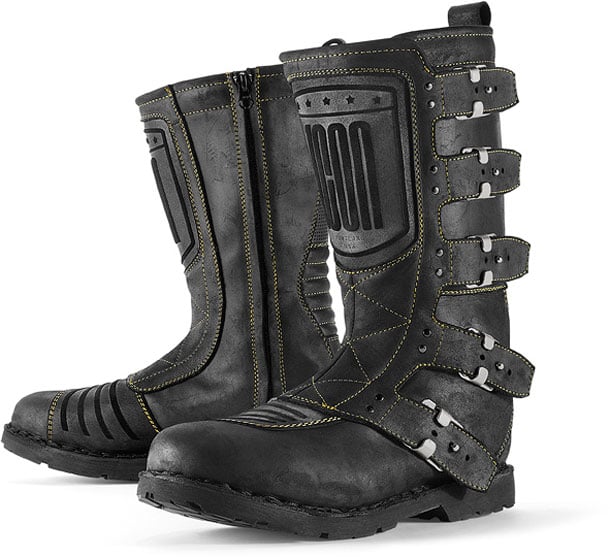 The Elsinore by Icon 1000 made a huge impact when it debuted last year, the design was instantly popular and the build quality won the boot acclaim by hands-on reviewers in motorcycle magazines around the world. Now for 2013 the boot is available designed specifically to fit women’s feet, the sole is traditional Goodyear™ welt, the upper is thick leather and the zipper is the same model used on paratrooper boots.

This is an 1897 Columbia Military Pneumatic Safety Bicycle, it’s been modified for military use with a belt-fed machine gun mounted to the front,…