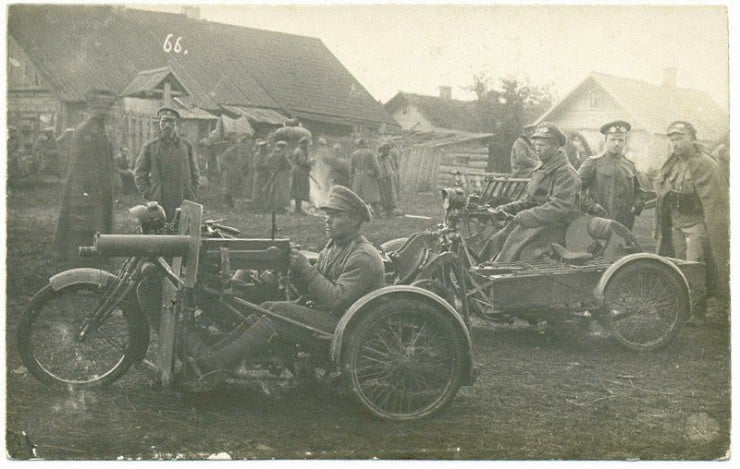 When I saw this remarkable WWI era photograph showing a chap from the 39th Tomsk Infantry Regiment with his motorcycle-mounted machine gun I immediately decided that I wanted one. Preferably without the million or so angry German soldiers on the other end of it.

It appears to be mounted on a steel-frame that’s also supporting some fairly hefty looking 1/4 inch steel plate, I’d love to know more about the photo so if you can shed any light on it let us know on Twitter here or Facebook here. 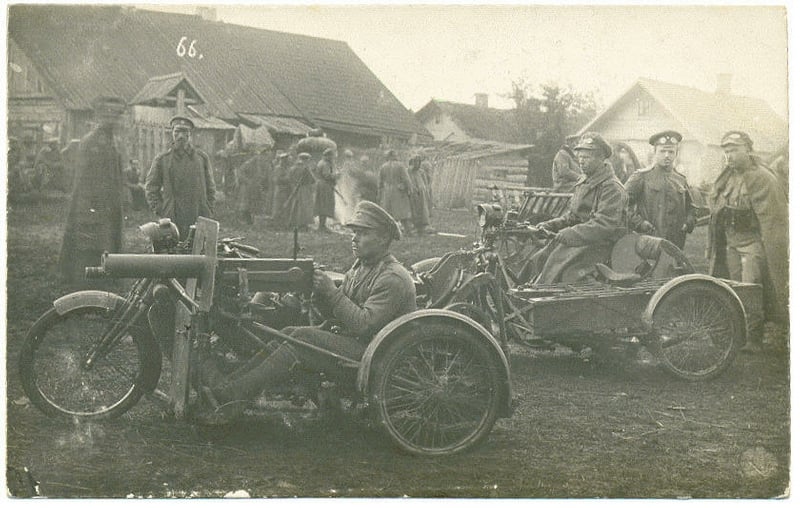