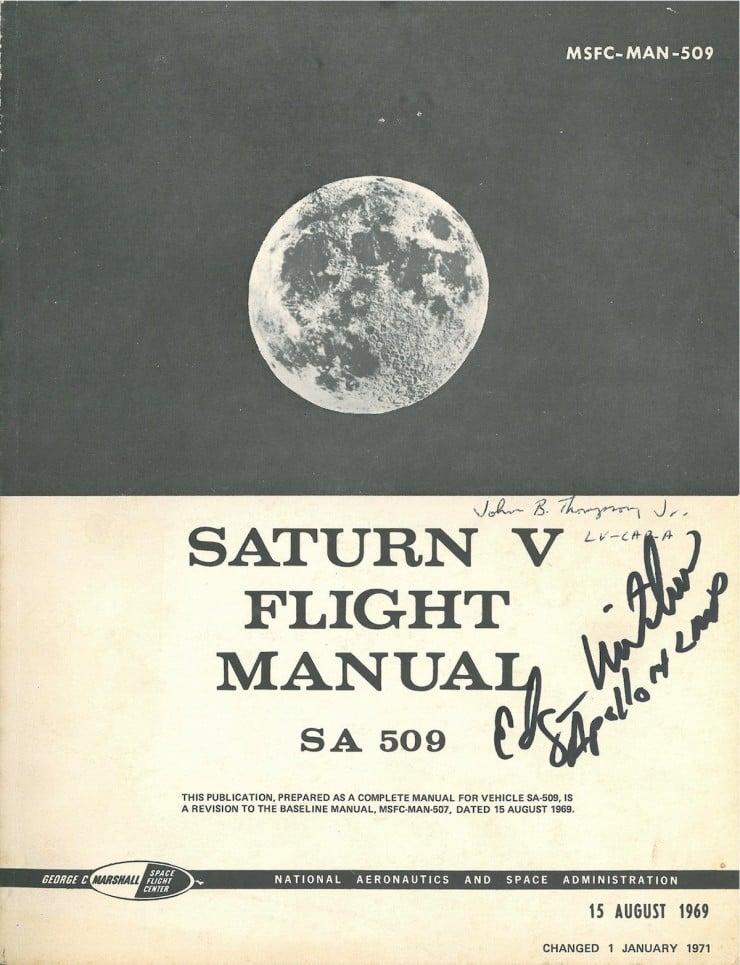 This is the Saturn V Flight Manual used by astronaut and Lunar Module pilot Edgar Mitchell during the Apollo 14 program, Mitchell was just the 6th man to walk on the moon and spent 9 hours in the Fra Mauro Highlands region on February the 6th 1971.

This 255 page manual is full of half-tone illustrations of fuel tanks, rocket engines, vehicle stages, and other structures and is considered an authoritative reference to the Saturn V moon rocket for the use of the Apollo 14 astronauts and their support crews. Subjects covered are: vehicle performance data, the emergency detection system, vehicle stages, range safety and guidance instrumentation, the lunar mission profile, and ground launch support facilities.

It’s an incredible piece of 20th century history and it’s estimated value is surprisingly low at just $800 – $1200 USD. If you’re in the market for a Saturn V Flight Manual in remarkably good condition, click the link here to visit the official Bonhams auction listing. 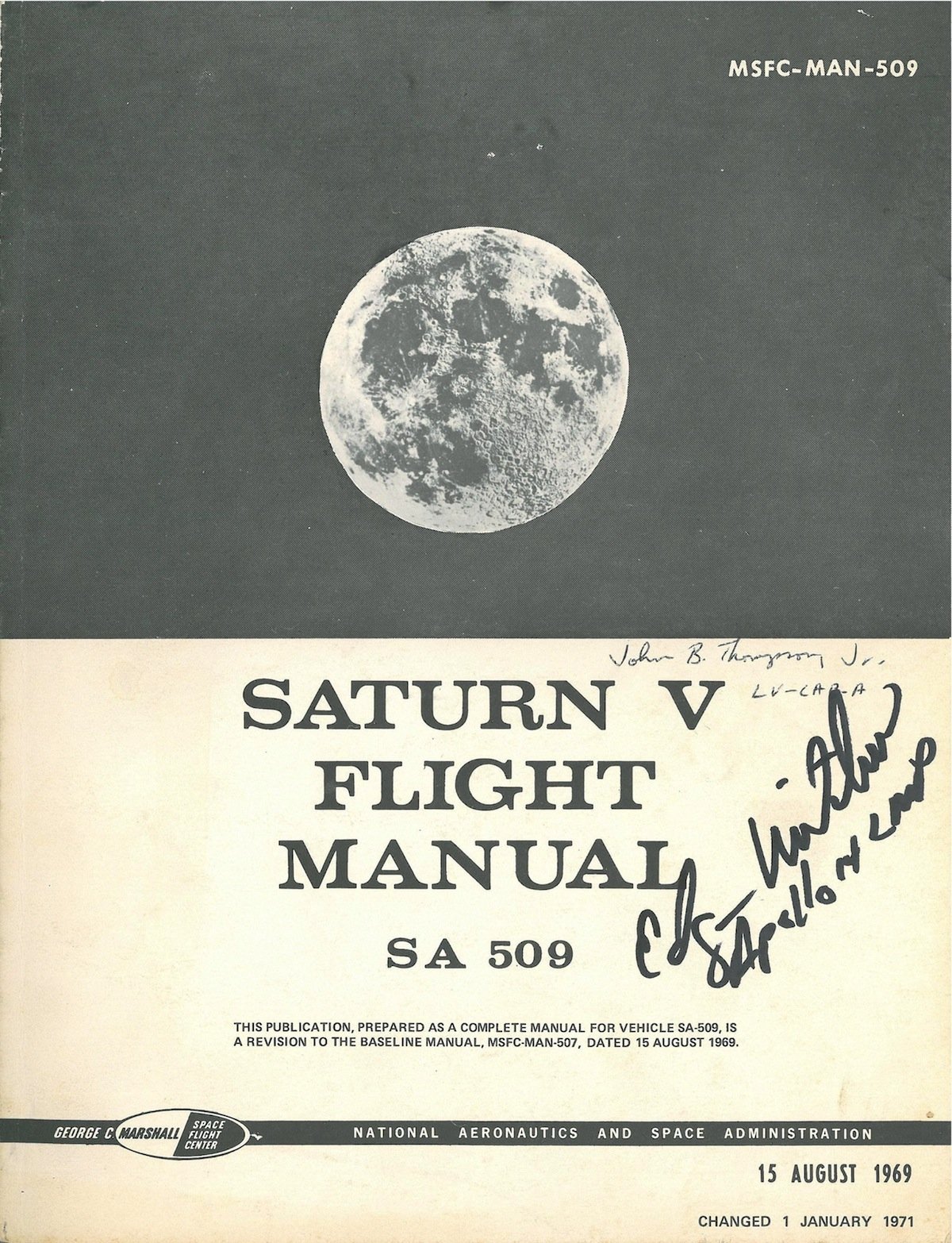