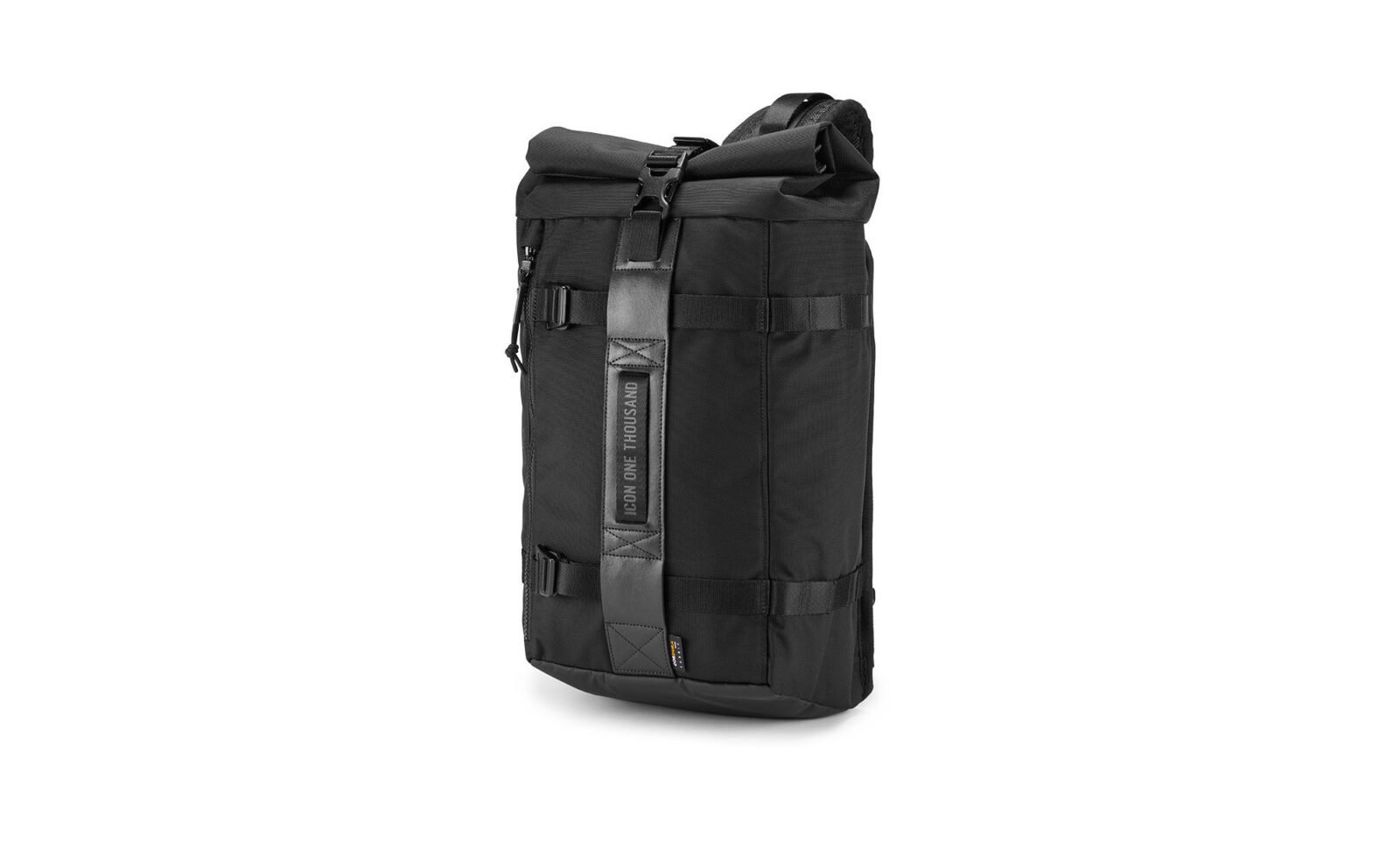 The Icon 1000 Slingbag Backpack was developed for people who need to carry gear on their motorcycle, but who don’t like typical twin strap backpacks.

The single main strap design allows the bag to be quickly put on or taken off, and it has a wide, padded top half to ensure it remains comfortable even after hours of wear.

The main chassis of the Slingbag Backpack is made from 100% Cordura, a hard-wearing fabric that outlasts cotton under most conditions, it has a waterproof roll top (main compartment only), Molle webbing, a Fidlock magnetic buckle, a tool roll (tools not included), and a total capacity of 12 litres.

The bag measures in at 400mm x 220mm x 140mm, and the included tool roll allows you to pack the essential tools you may need for either a trip across town, or a trip across the country.

There’s a secondary stabilizer strap to keep the bag firmly fastened even with the buffeting wind experienced on motorcycles when riding on highways, and there’s breathable, perforated triple-section foam padding to keep the bag comfortable. 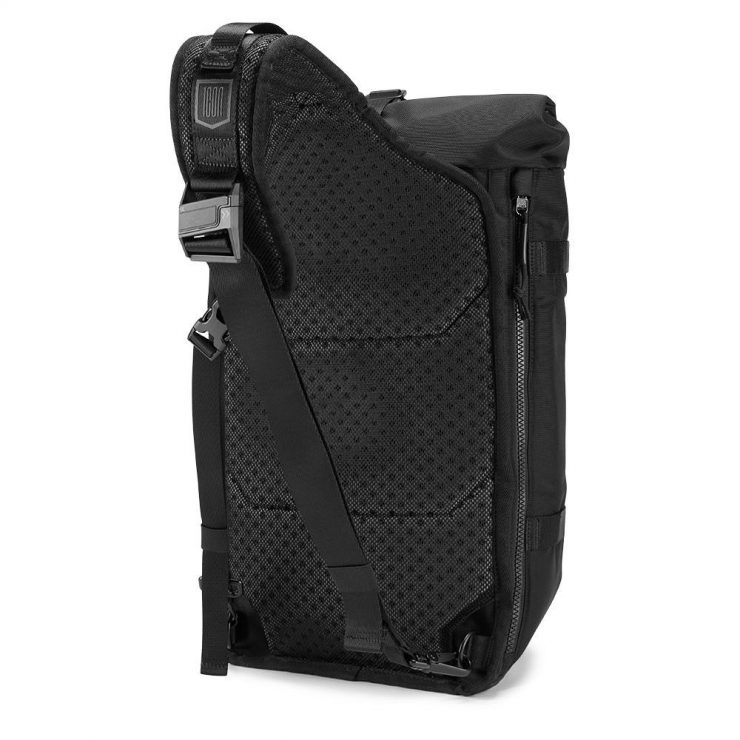 The Dainese Kidal Jacket was designed by the Italian motorcycle gear manufacturer to evoke the spirit of the classic Paris-Dakar Rally wear from the late 1970s and early 1980s. Now known as the Dakar Rally,…