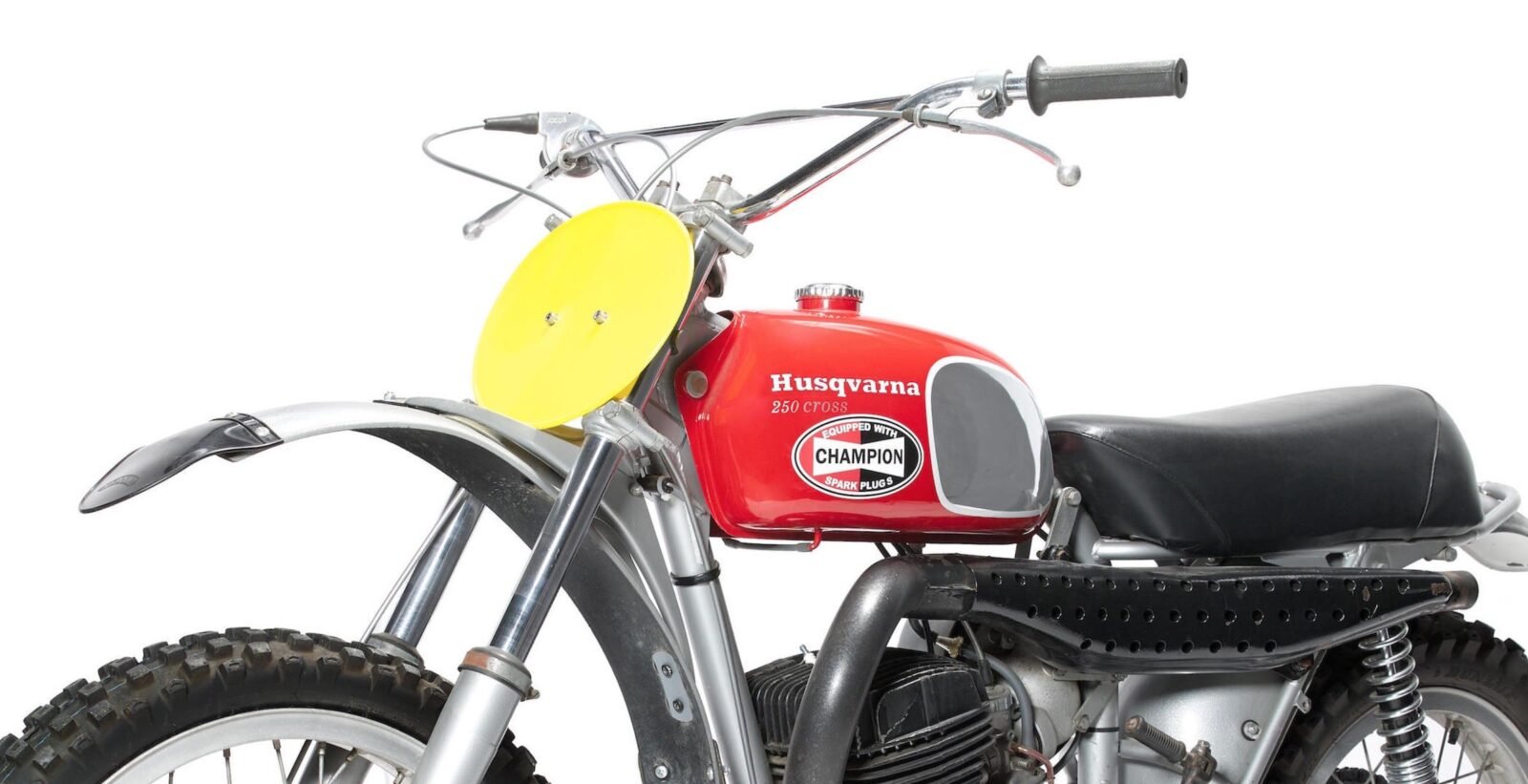 The Husqvarna 250 Cross is a motorcycle that sits high on any list of genuinely influential 20th century bikes – it wasn’t the first offroad racing two-stroke motorcycle, but it quickly became the most successful of its age, and the basic formula that went into it would shape almost all motocross motorcycles going forwards.

When the 250 Cross was introduced in the early ’60s, many offroad racing motorcycles were essentially road-going bikes that had been modified for offroad use. They were heavy and cumbersome over rough terrain, but skilled riders could still achieve eye-watering speeds.

Many of these riders felt that the Husqvarna was too “spindly” and lightweight, ad that it would never survive the rigours of high-speed desert riding – including leading lights like Malcolm Smith. 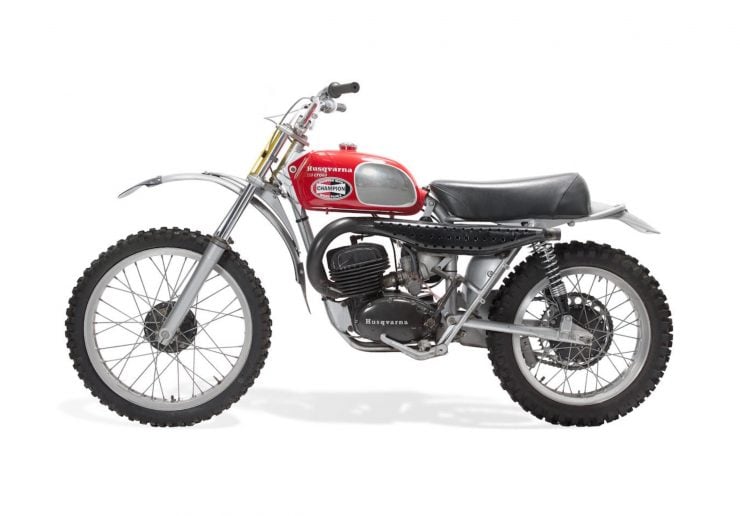 The task of proving the capabilities of the Swedish two-stroke fell to 1966 reigning 250cc World Motocross Champion Torsten Hallman. He was flown into the US from Sweden where he was assigned a stock Husqvarna 250 Cross from 75 new Husqvarnas that had been sent to the still very new American distributor.

Hallman travelled around the country for 2 months, he entered 9 races with a total of 23 heats, and he won everything – occasionally lapping the entire field.

“At the time the sport was unknown in the United States, nobody knew anything about motocross. I had to spell the word ‘motocross’ every time I told someone what I was doing.” – Torsten Hallman

Throughout the 1960s Husqvarna motorcycles would be ridden to 14 Motocross World Titles, 24 Enduro European Championships, and 11 Baja 1000 victories. 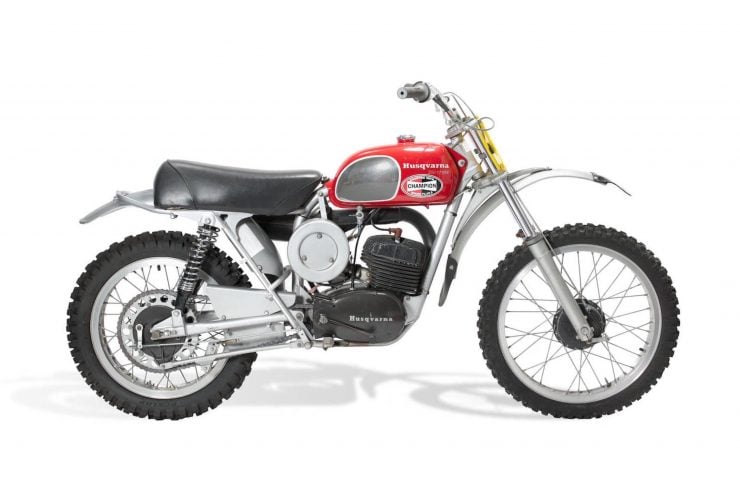 One of the most famous Husqvarna riders is undoubtably Steve McQueen, it’s believed that McQueen was introduced to the brand by Malcolm Smith – a world champion rider who had initially been very skeptical about their lightweight nature.

Once he was converted he parked his previously favoured Greeves and raced extensively in the US and Europe aboard a variety of Husqvarnas. Smith was close friends with McQueen – and before long McQueen had his own, the very same Husqvarna 250 Cross you see here.

As with many of McQueen’s machines, he bought the Husky through his film company Solar Productions. This was the same company he had used to fund the now legendary motorcycle film On Any Sunday, he wanted to showcase the real world of motorcyclists to try to counter the common media narrative that motorcyclists were all violent leather jacket wearing gang members.

“Most bike flicks in the past concentrated on the outlaw crap,” McQueen told Sports Illustrated in 1971. “Hell’s Angels and all of that stuff, which is about as far away from the real world of motorcycle racing as I am from Lionel Barrymore. Brando’s movie “The Wild One” in the early 1950s set motorcycle racing back about 200 years.” – Steve McQueen

It would be in this movie that McQueen and Smith would famously race their Husqvarnas across the beach – forever cementing the brand in the forefront of many aspiring motorcyclists minds. If you’d like to read more about the bike ridden by McQueen in On Any Sunday you can click here.

The Husqvarna 250 Cross you see here was bought by McQueen in 1971, after his ownership it passed through a few private hands, picking up a restoration somewhere along the way.

It’s presented today in matching-numbers configuration with an estimated value of between $50,000 and $60,000 USD. If you’d like to read more about it or register to bid you can click here to visit the listing on Bonhams. 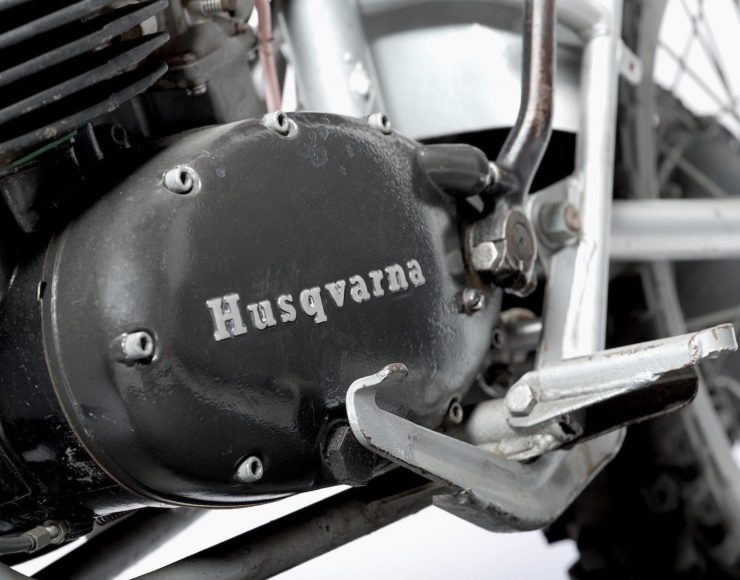 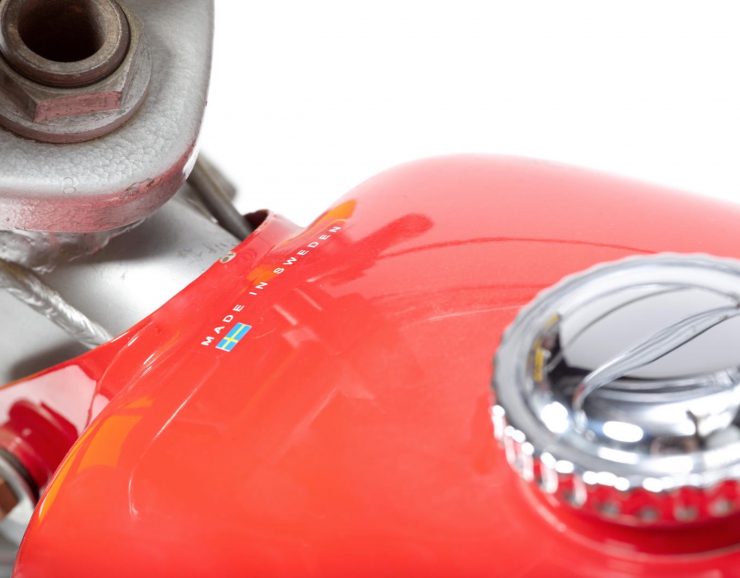 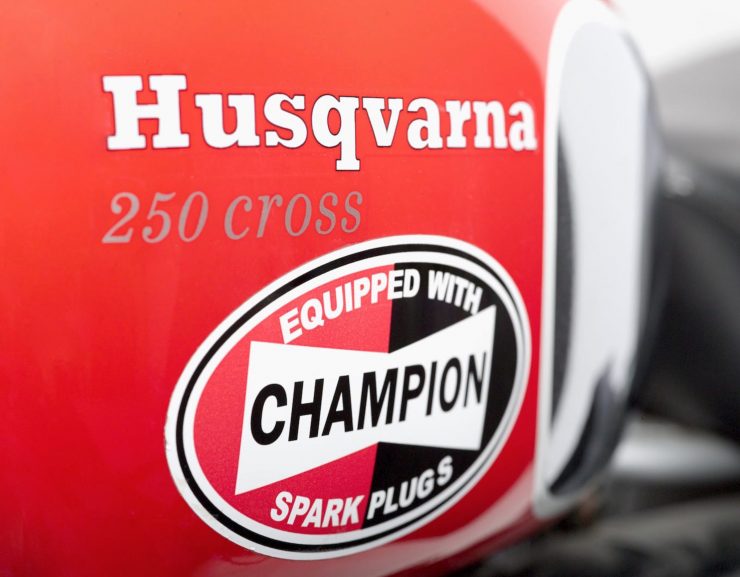 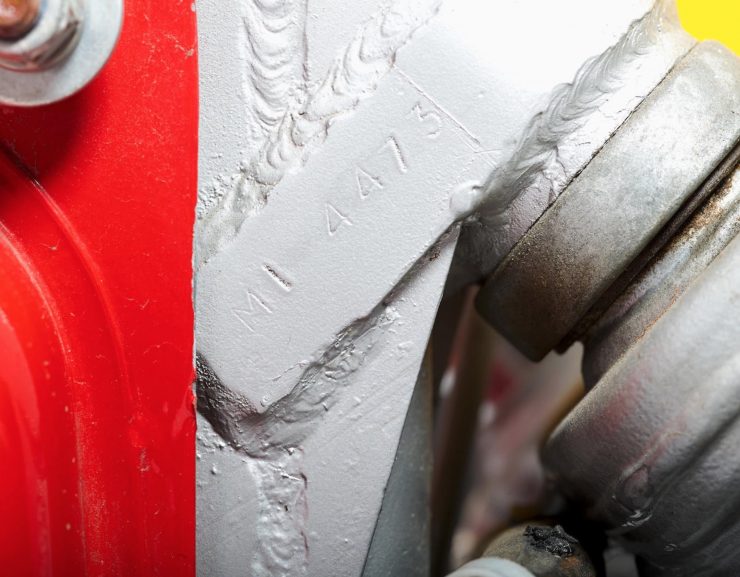 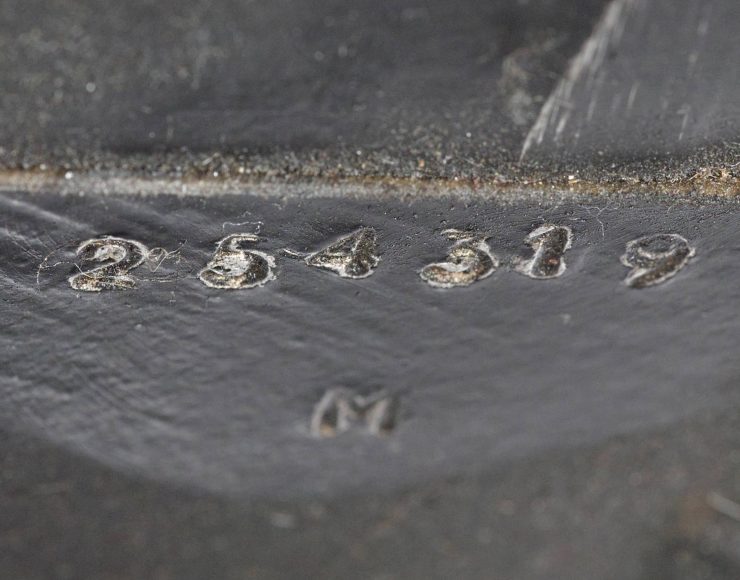 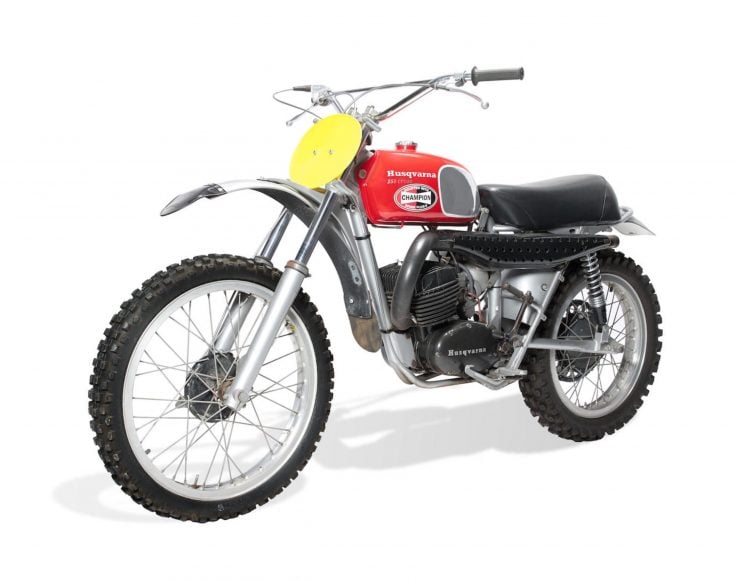 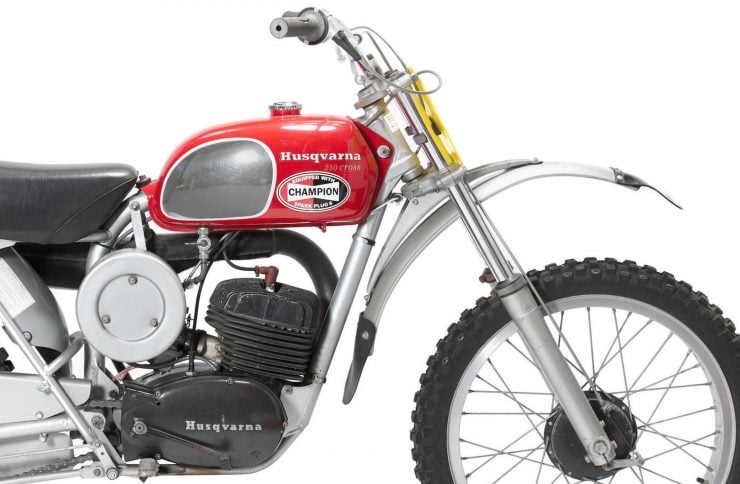 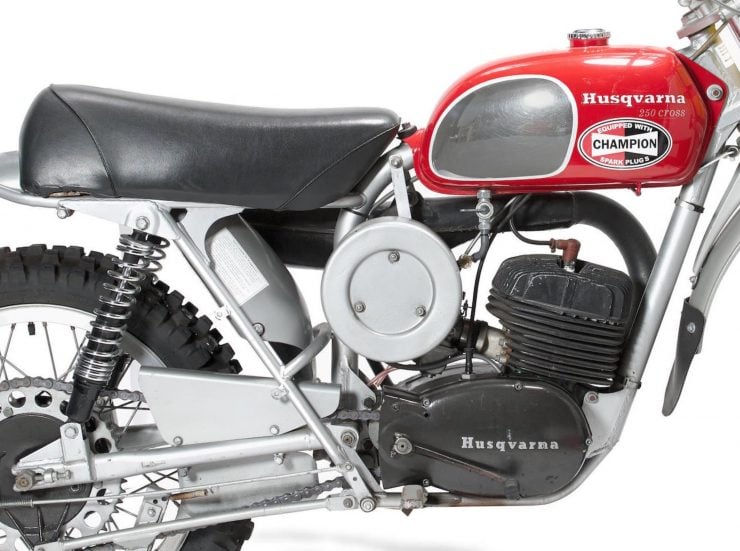 Above images courtesy of Bonhams

Below image courtesy of Sports Illustrated 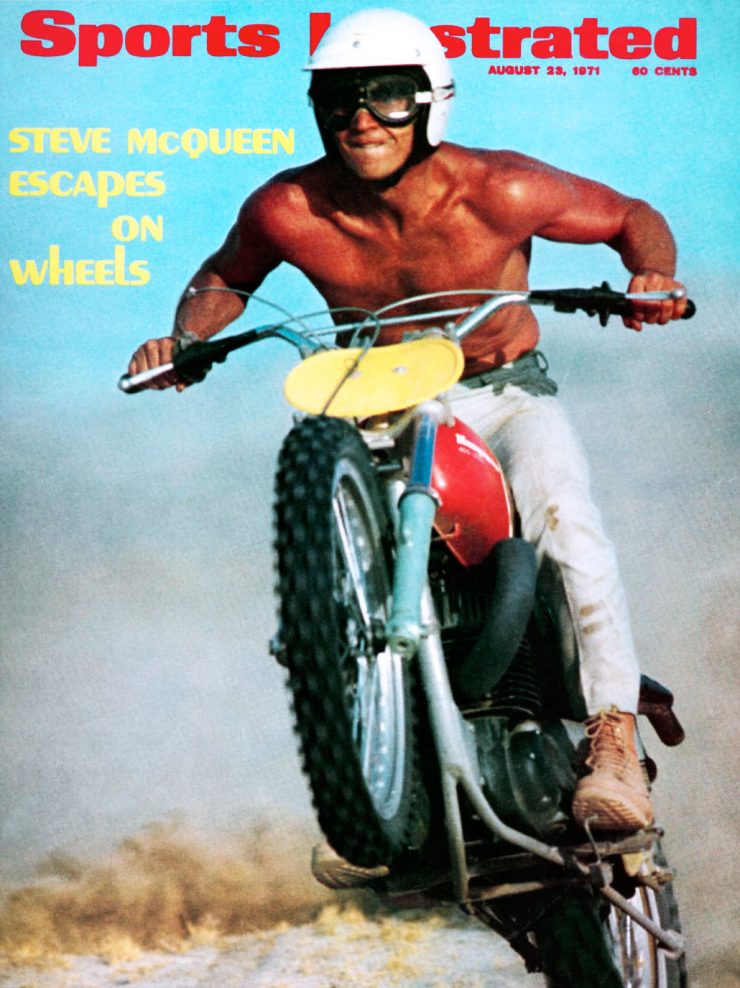 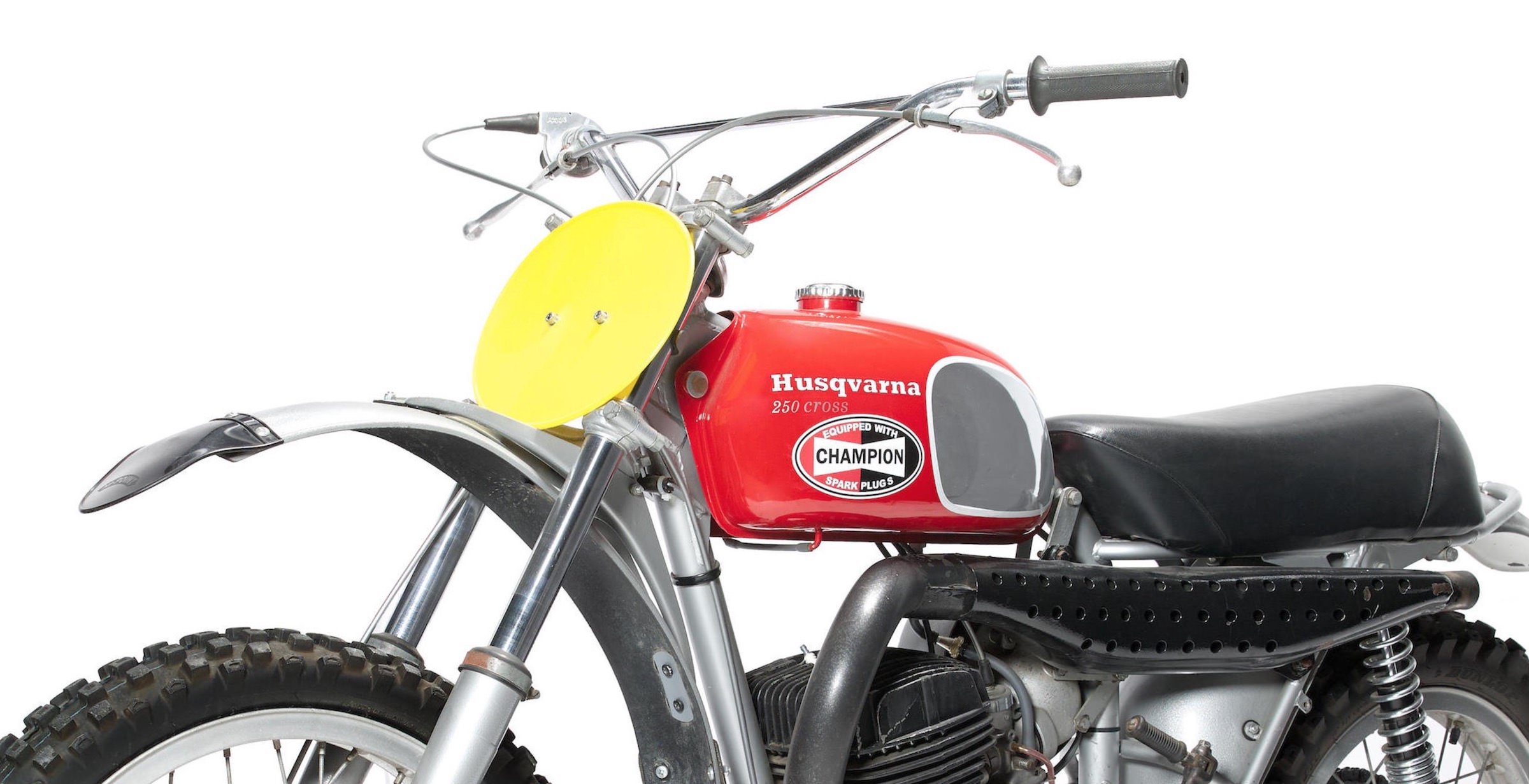