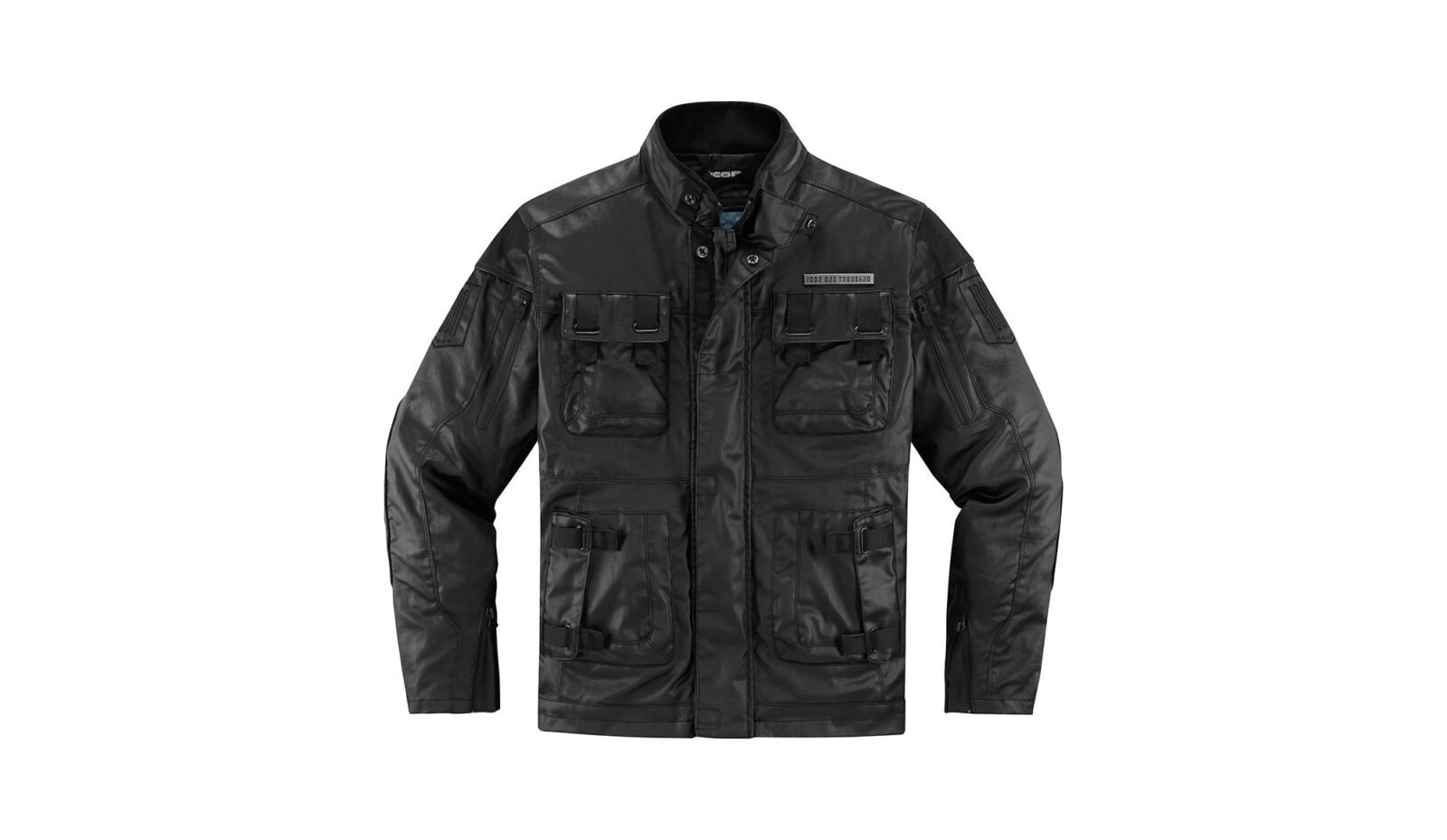 The ICON 1000 Forestall jacket is a 21st century take on the classic waxed cotton jacket worn by early cross-country motorcycle racers and riders – but with modern abrasion and impact protection. It’s equipped with a full set of D3O® impact protectors in the shoulders, elbows, and back, and it has a removable iInsulated SatinCore™ liner.

The exterior is heritage coated-cotton, with full-grain leather paneling, and it has YKK zippers, a neoprene collar, a vented cuff, a headphone pass through, and four front pockets with twin bicep pockets. Generously proportioned front-pockets come in very handy on longer rides, they can hold everything from maps and snacks to music players and compasses. 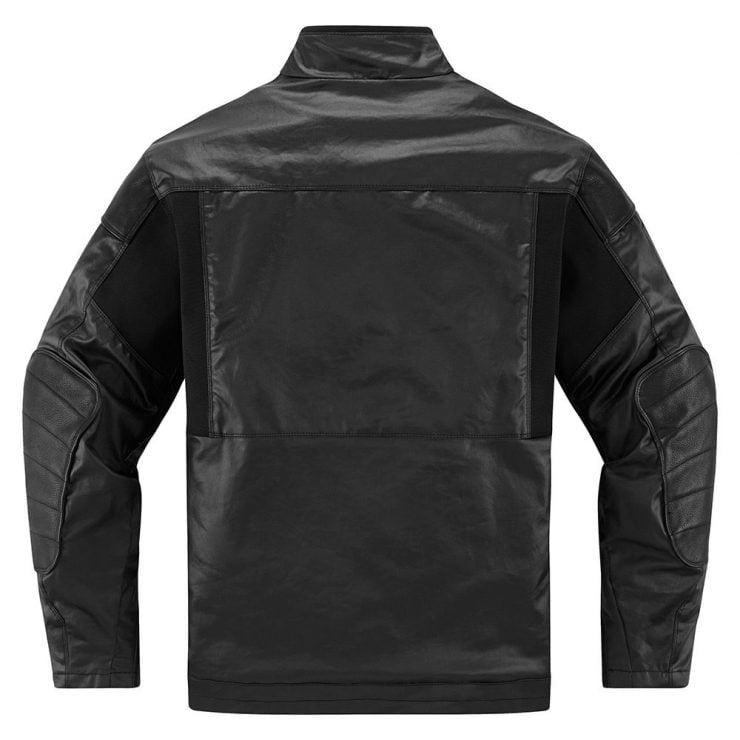