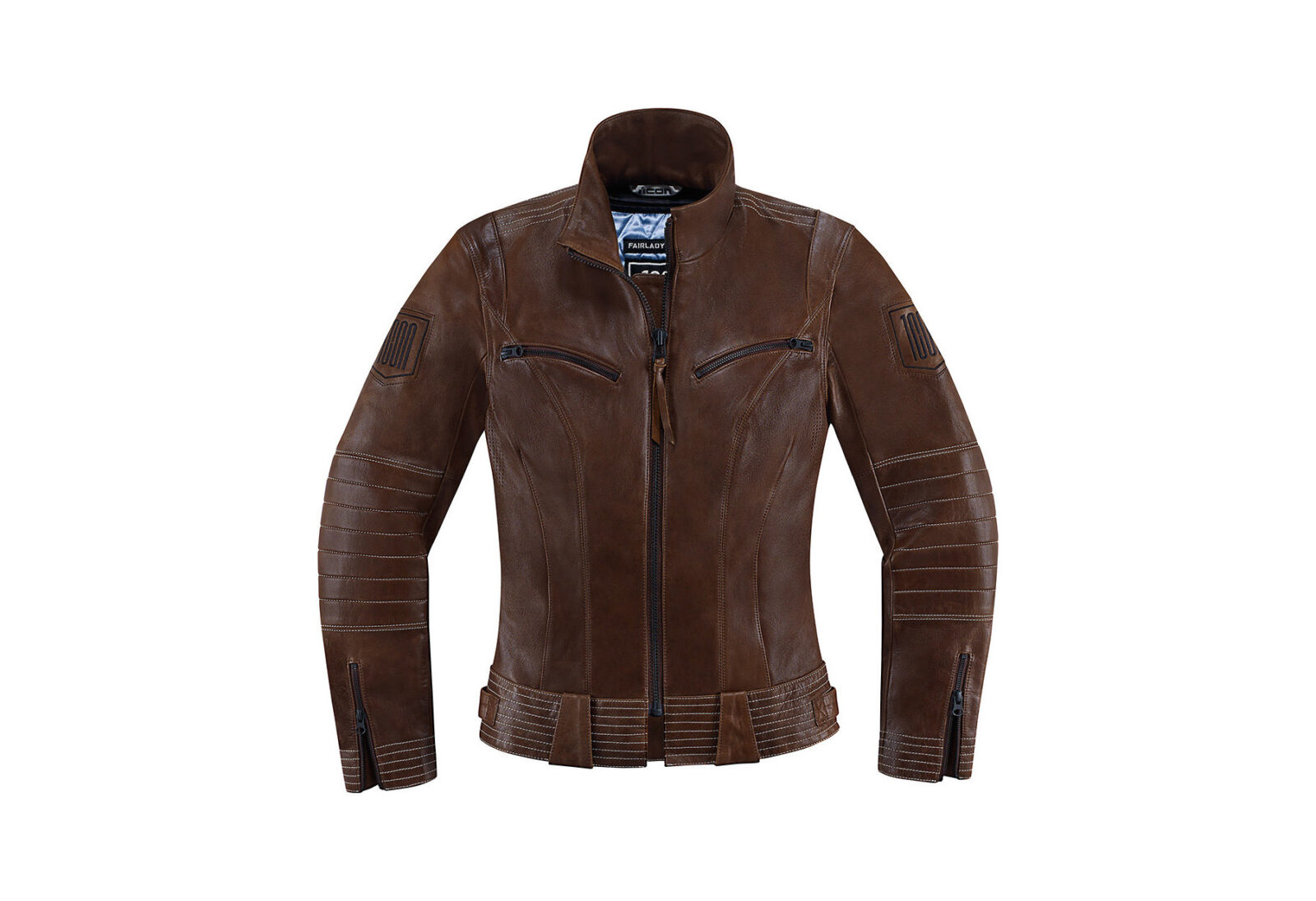 The ICON 1000 Fairlady Jacket has been designed with a women’s sport fit, a low-slung belt line, and pre-curved sleeves to keep you comfortable on longer rides.

Each Fairlady is made from 1.1mm to 1.3mm select grain leather, with D3O® impact protectors in the elbows, shoulders, and back. There’s a removable insulated SatinCore™ vest liner for 3-season riding, and there are side straps to allow you to firmly fit the jacket. Sizes range from XS through to XXL and you can choose from black or dark leather brown. 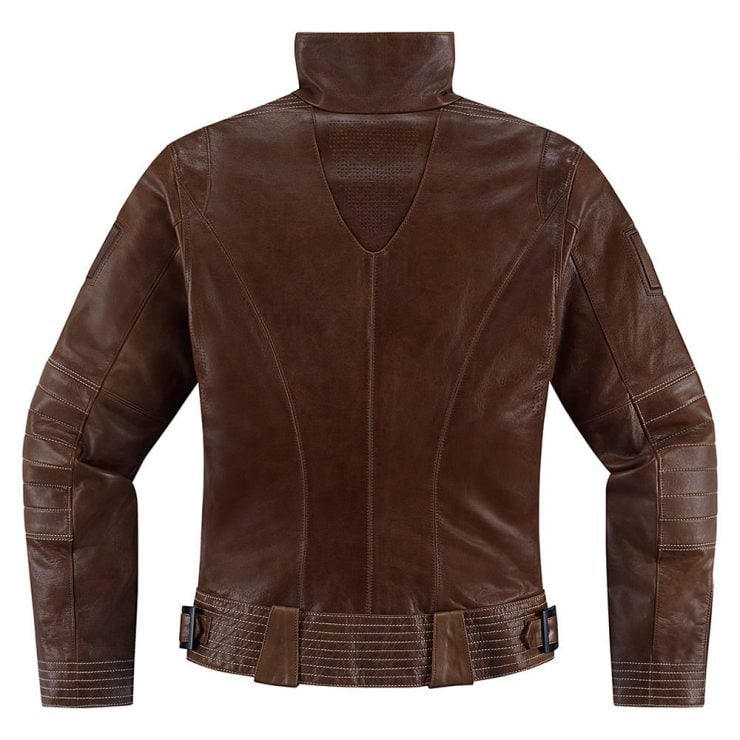 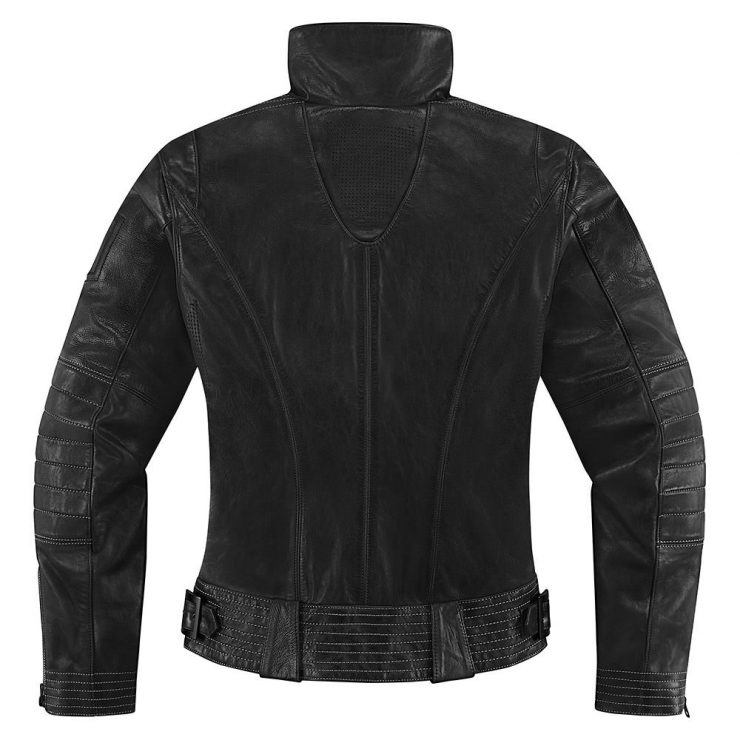 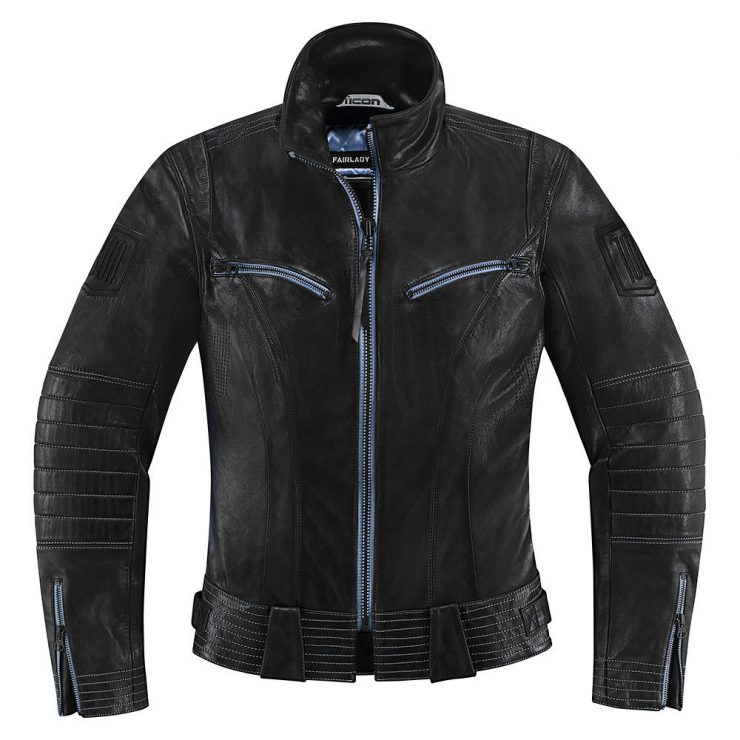