A Brief Introduction to the Crosslé 90F

The Crosslé 90F is an open wheeled racing car developed specifically for the Classic Racing School based at the legendary Circuit de Charade in Clermont-Ferrand, Auvergne, Central France.

The fact that the Crosslé 90F looks like a 1960s era Formula car is no mistake – its basic design is based on the venerable 1969 Crosslé 16F Formula Ford car.

The design brief of the new 90F called for a car that looked and performed almost identically to a ’60s era Formula car, but that included subtle modern safety upgrades, like better roll over protection front and back, a 6-point safety harness, HANS attachment points, a rear roll over hoop that’s braced front and back, a frontal roll hoop (located close to the dashboard), and coolant pipes separated from the driver that no longer run through the chassis rails (to avoid burns).

The original space frame chassis was modified with additional horizontal bars running between main roll hoop and frontal hoop to improve impact protection for the driver. There’s also a fire extinguisher mounted below the driver’s knees with nozzles that direct extinguisher contents to the cockpit and engine bay for fire protection.

The original 16F was powered by the now antiquated Ford Crossflow engine that was originally designed in 1959. Engine capacity was 1600cc and power output was approximately 105 bhp in Formula Ford applications, but it could be tuned far higher for other uses. The engineering team at Crosslé decided to use the more modern Ford Zetec 2 litre engine in the 90F, this motor allowed them to run it at a lower state of tune for better reliability. It also has lower emissions and far lower noise pollution – an important consideration given the 90dB sound limit at the Circuit de Charade.

As the was being designed specifically for the Classic Racing School it didn’t have to fit within any FIA categories – allowing the engineers a free hand to create an open wheeled racing car that embodied the best of the ’60s style-wise.

One of the major visual changes is the switch from 13” x 5.5” steel wheels front and rear to wider 6″ wheels up front and 8″ rear, allowing the car to run wider ACB10 racing tyres and giving it a more aggressive look than the skinny-tire Formula Ford appearance.

The Classic Racing School at the Circuit de Charade

The Classic Racing School contracted Crosslé to develop the 90F to give drivers a very authentic feel for classic-era open wheeled motor racing. The cost of buying a vintage Formula 1 or Formula 2 car is prohibitive for most people, and even if cost is no object it’s imperative that significant training be undertaken before the driver is set loose on the asphalt.

Until now, drivers who wanted to try their hand at classic open wheeled racing had few options, particularly if they want modern safety standards.

After racing at Charade in 1959 Sir Stirling Moss was quoted as saying “I don’t know a more wonderful track than Charade”, the undulating green hills of the circuit have been favourably compared to both Spa and the Nurburgring (particularly the Nordschleife).

Today the circuit is the permanent home of the Classic Racing School, and it hosts a range of classic motorsport events as well as track days and other motoring events. 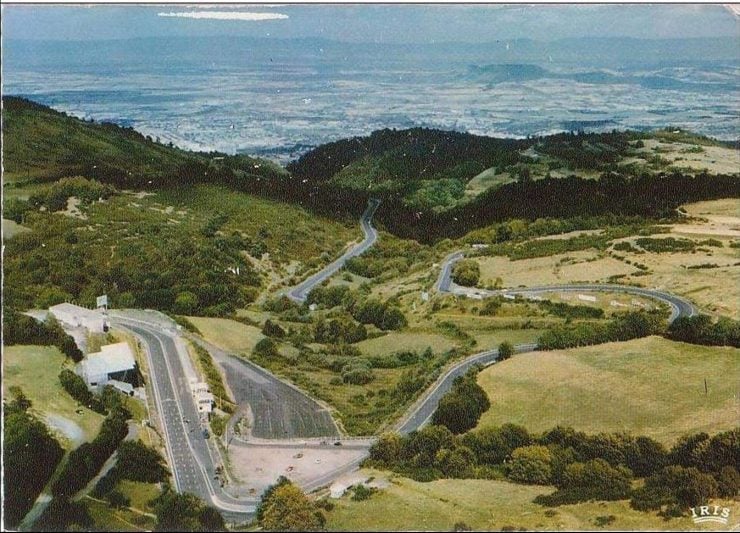