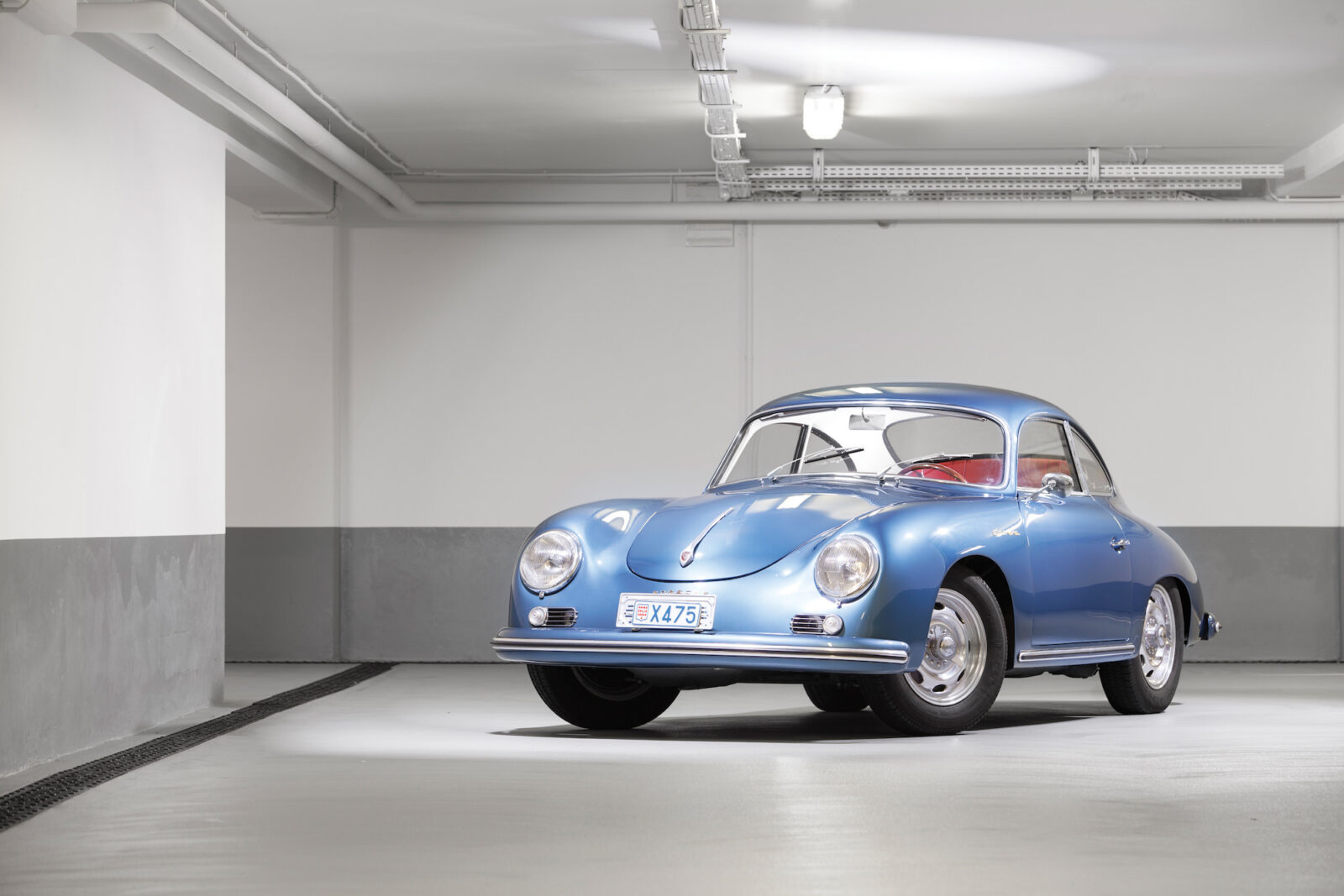 Amongst the early road-going Porsches one of the most desirable models is the updated “A” specification 356 fitted with the highly successful Type 547/1 four cam engine from the Porsche 550 racing car.

Although they looked very similar when the engine bay was closed, the performance of the Carrera was in a league of its own. It could reach speeds of almost 120 mph and could cheerfully cruise at 100 mph – a remarkable feat in the 1950s. This performance came at a cost prohibitive to all but the wealthiest of Porsche customers, it increased the cost of the base 356A by just over 30% and as a result only a relatively small number were built.

The Porsche 550 Spyder had taken convincing class victories in 1952, 1953, and 1954 at the Carrera Panamericana which had helped place the still new automaker on the map for many sports car enthusiasts.

The race contributed its name to the fledgling marque and over 60 years later there are still new Porsches rolling off the Stuttgart production line with gleaming Carrera badges fastened to their engine covers.

The Type 547/1 engine fitted to the 550 Spyder and the 356A Carrera 1500 GS was an engineering tour de force for the 1950s, it had double overhead cam shafts, chrome-lined cylinder liners, dual Solex carburettors, and two spark plugs per chamber. At full chat the 1498cc engine was capable of 100 bhp, which was more than enough for the 356A’s 820 kilogram kerb weight.

Today the surviving Porsche 356A Carrera 1500 GS models are worth their weight in printer ink (not really of course, nothing is that costly), Jay Leno and Jerry Seinfeld have one each, and when an original car comes up for auction it always creates quite a stir.

The Aquamarine Blue Metallic car you see here is due to be sold by RM Sotheby’s on the 7th of September 2015 in London, it currently estimated value is £300,000+, but it’s entirely possible that it could stride past this figure if the right collectors are in the room.

Click here to read more about this car or to register to bid. 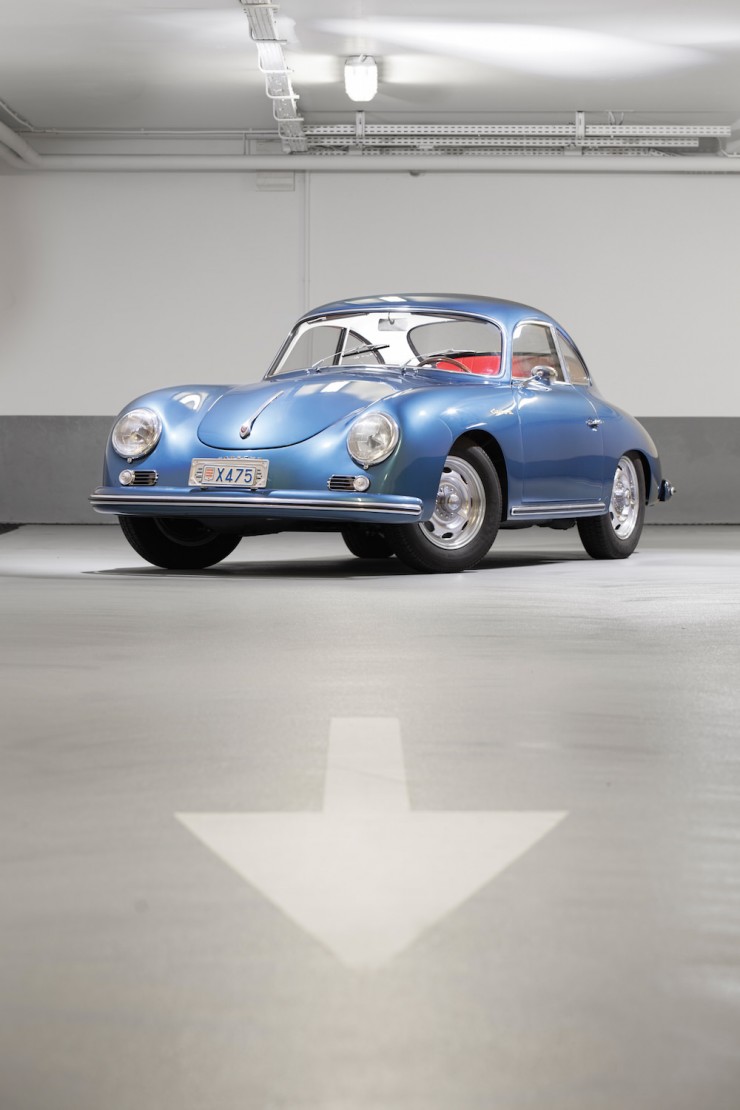 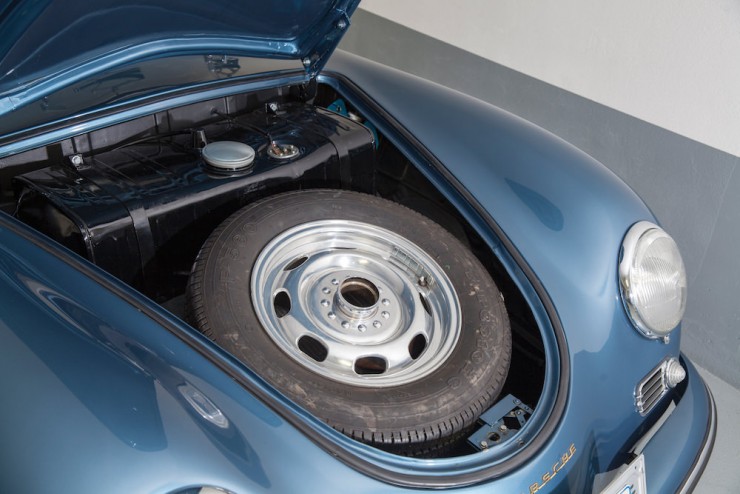 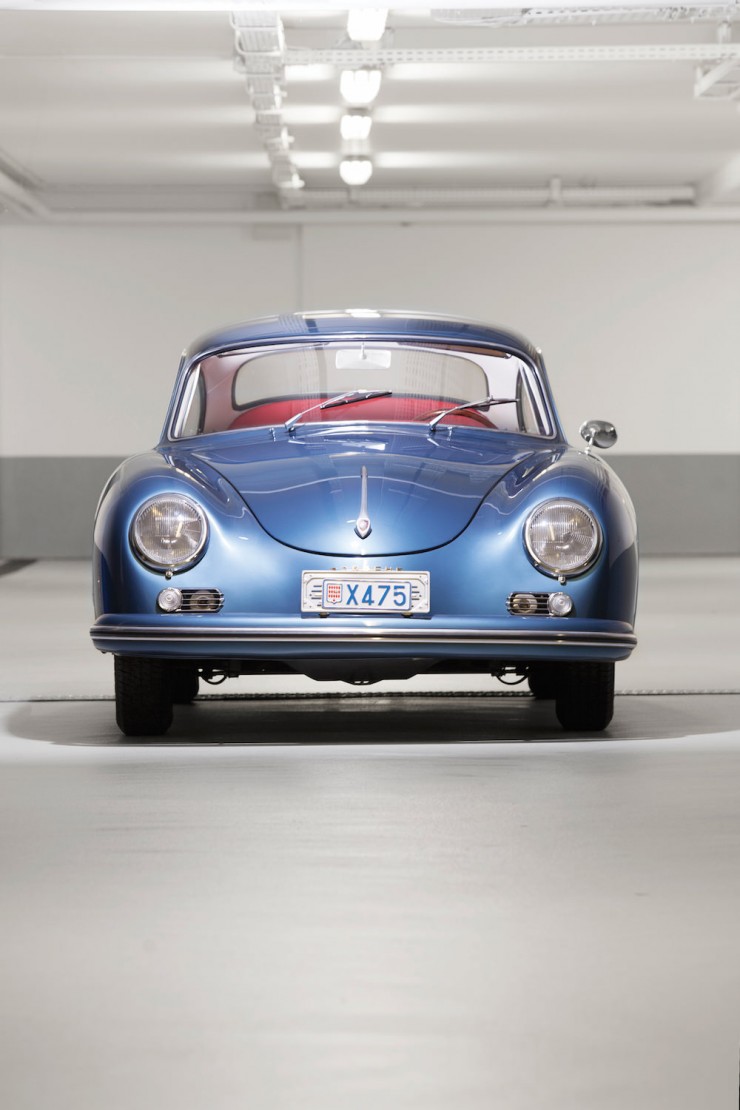 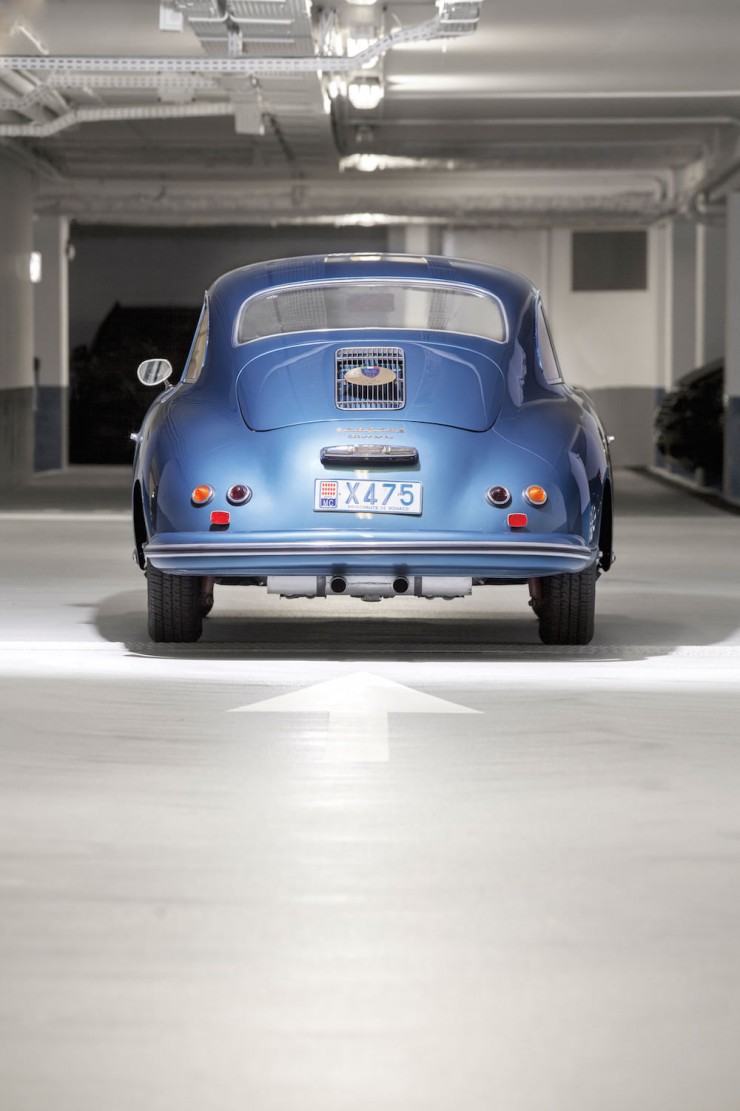 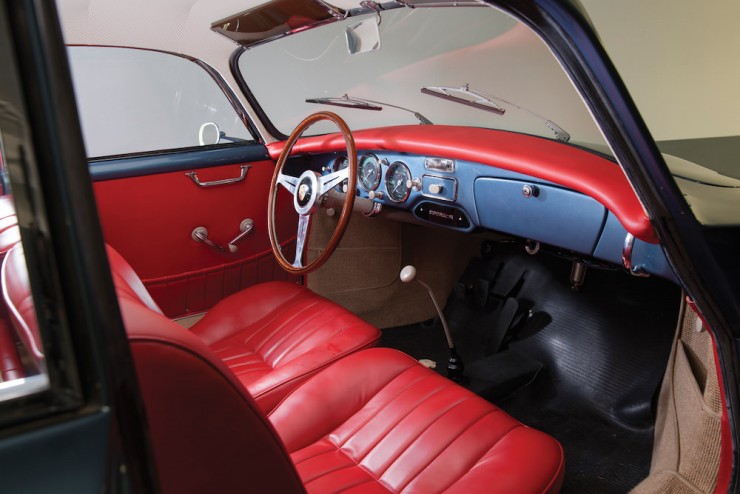 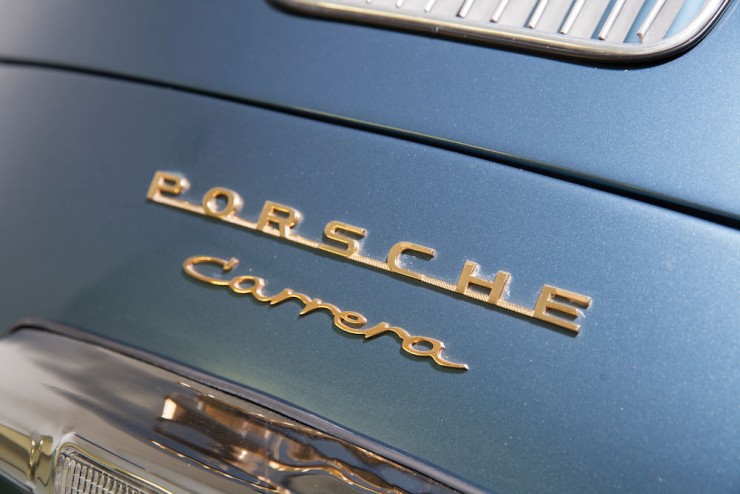 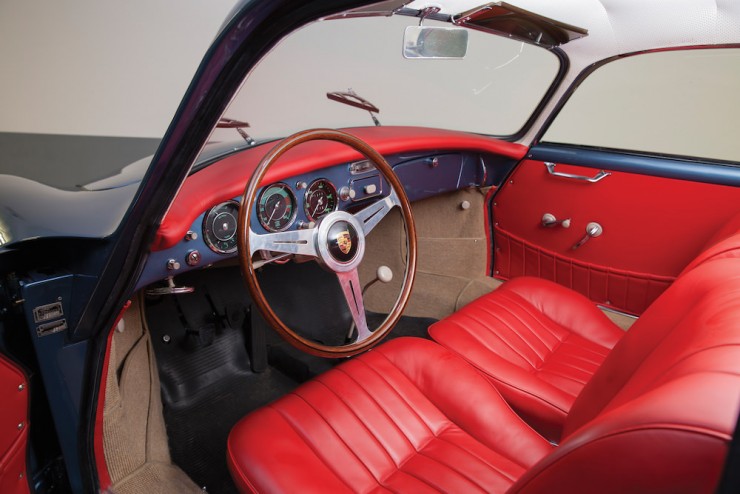 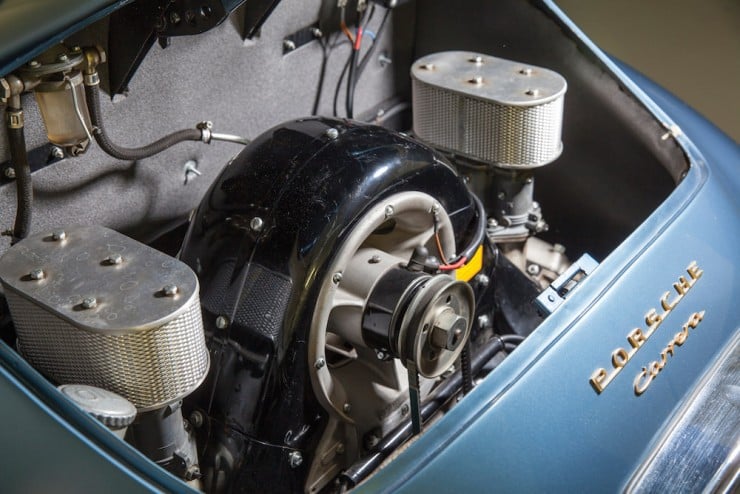 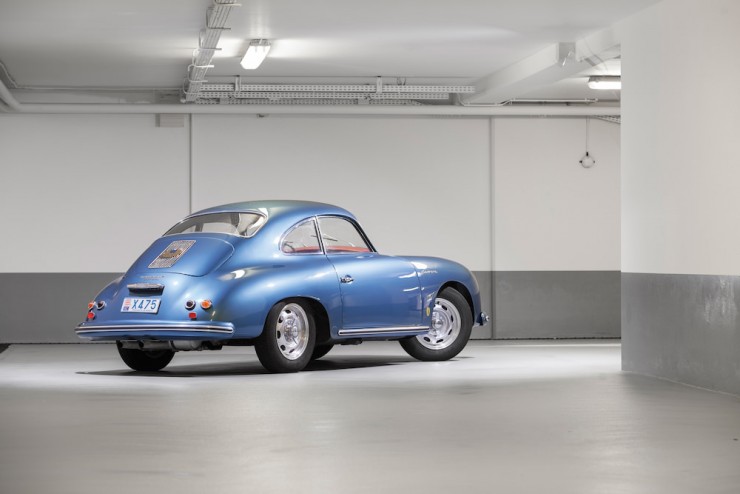 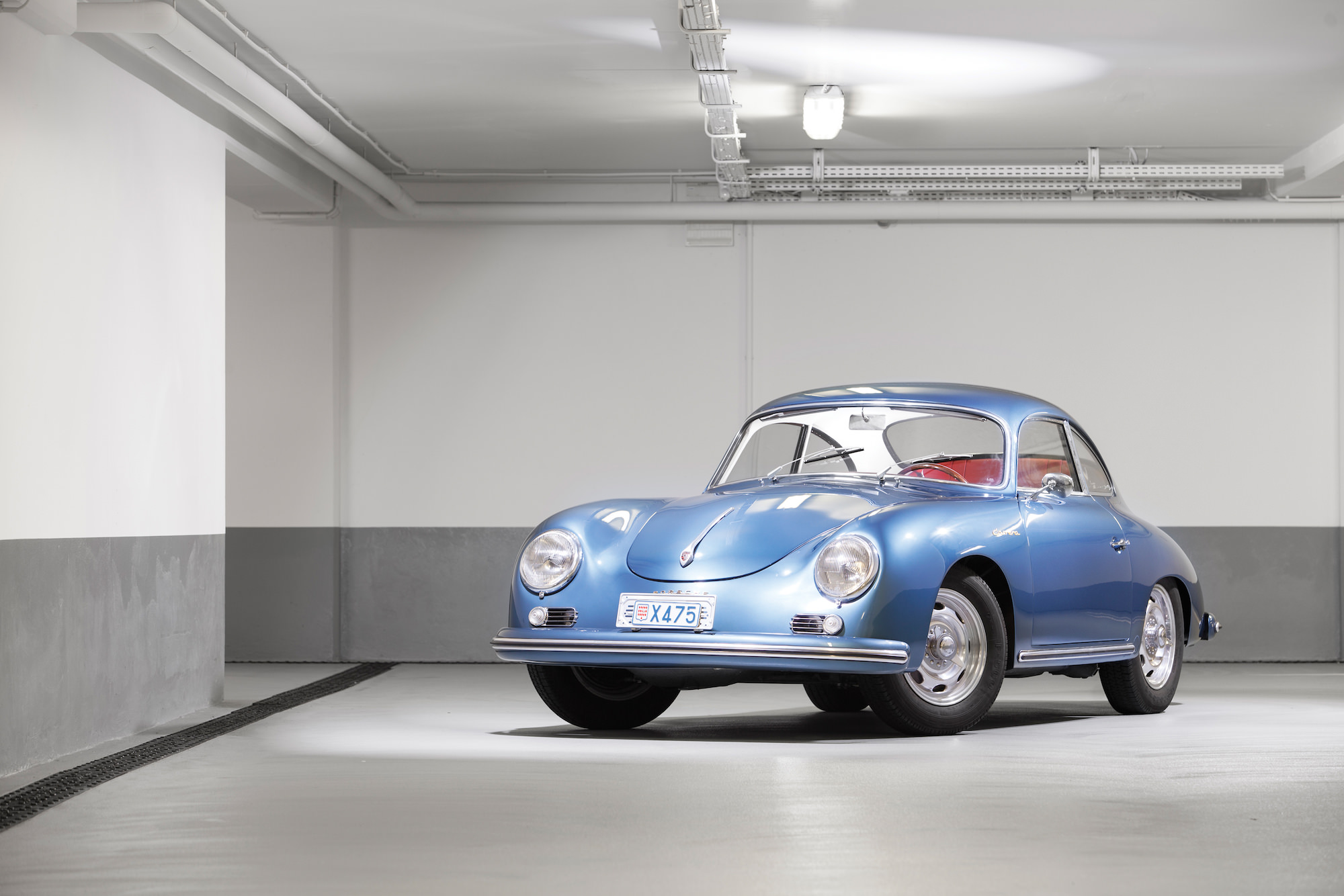