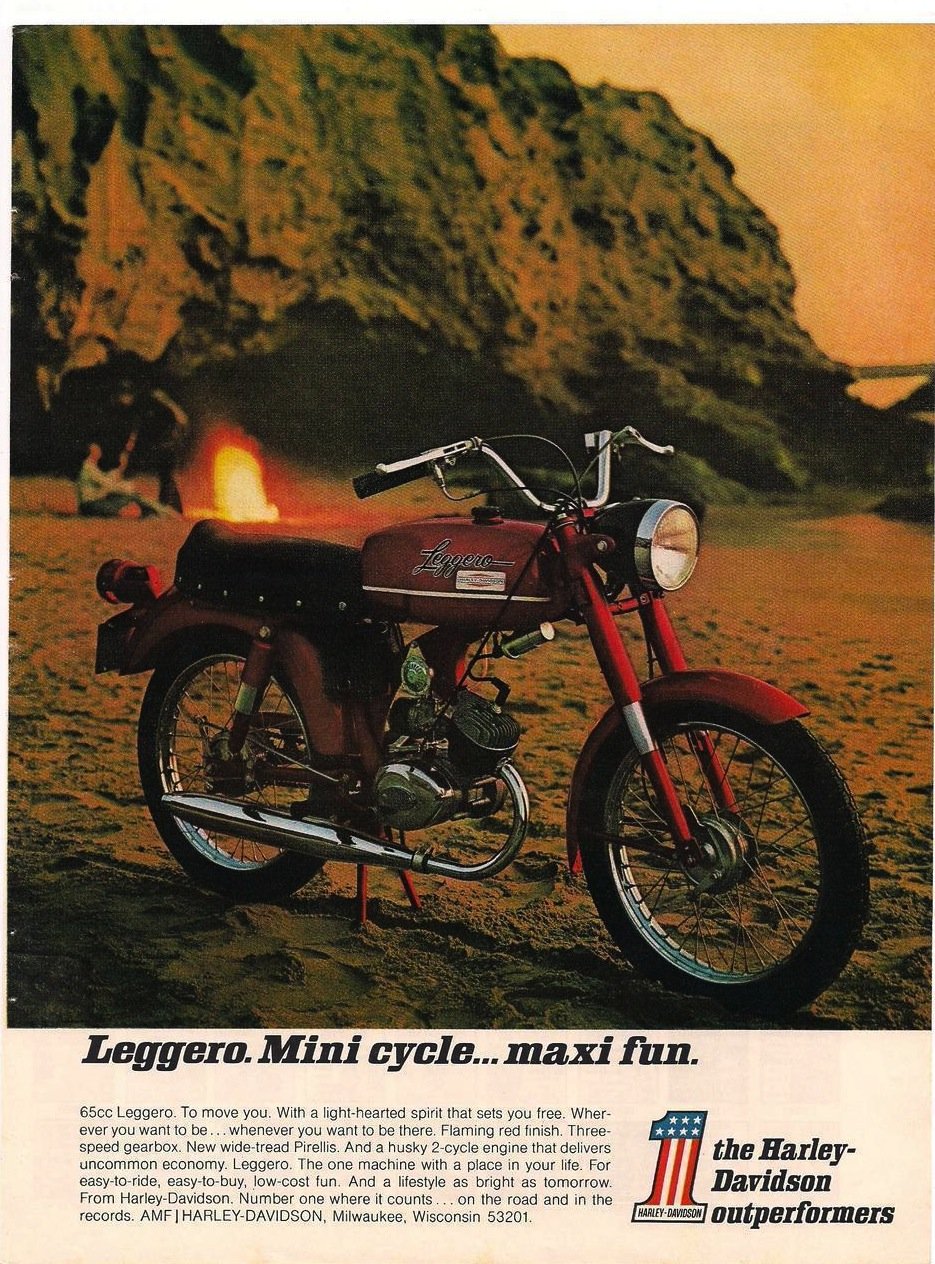 The AMF Harley-Davidson Leggero Mini Cycle was a bit of an anomaly in its day, the 65cc two-stroke never really caught on in the US and the bikes remain relatively rare stateside to this day.

Harley sold the Aermacchi Motorcycle division in 1978 due to waning sales though interestingly the Alenia Aermacchi company still exists today producing  military training aircraft. A return to the company’s roots in many respects as Aermacchi was building planes as early as 1917 with motorcycle production not really kicking off until 1945.