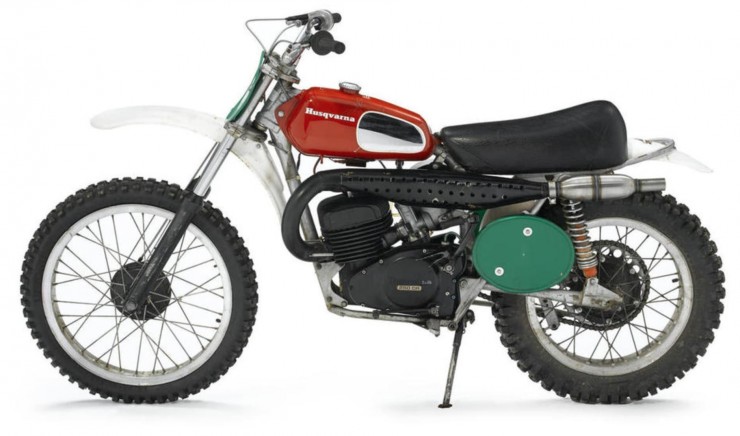 This 1973 Husqvarna 250 MX is a fantastic example of an early-70s blue-smoker by Husqvarna, bikes like this from the Swedish company dominated the dust and mud throughout the ’60s and ’70s, they won 14 motocross world championships, 24 enduro world championships and 11 Baja 1000 victories across the 125cc, 250cc and 500cc classes.

The 250cc singles from Husqvarna, or Husky as the company is usually called, are remarkably adept at almost any kind of off-road racing you can name, the bike’s lightweight, punchy engine and relatively good reliability was a major contributing factor in the successes enjoyed by the company. Perhaps the most famous fan of the Husqvarna 2-strokes was Steve McQueen, a man who raced and won on the red-tanked bikes so frequently that he became an unofficial company mascot and is still closely associated with the brand 40+ years later.

The Husqvarna 250 MX you see here is due to roll across the auction block with Bonhams at the Las Vegas Motorcycle Auction on the 9th of January 2014, the estimated value is just $4,000 to $5,000 USD, making it a highly-affordable classic motorcycle that’s bound to continue increasing in value over the years.

Click here to visit Bonhams and view the listing. 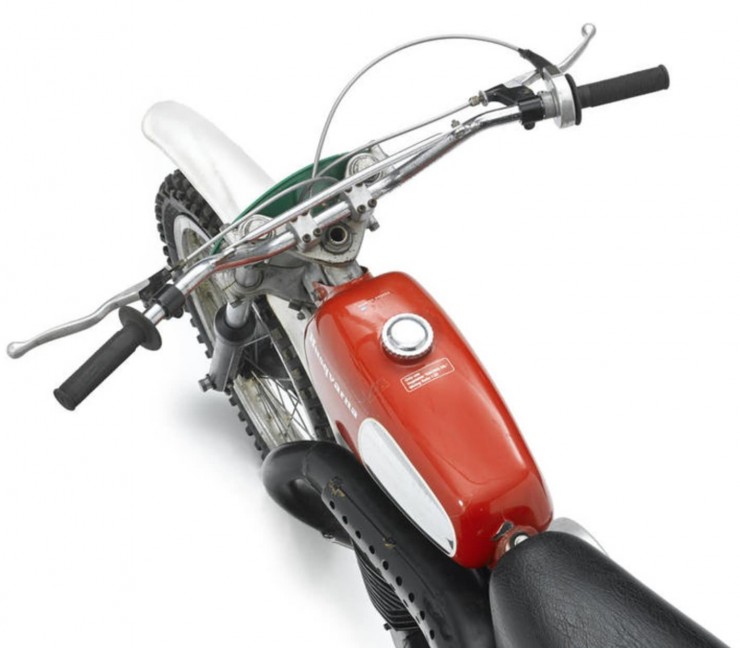 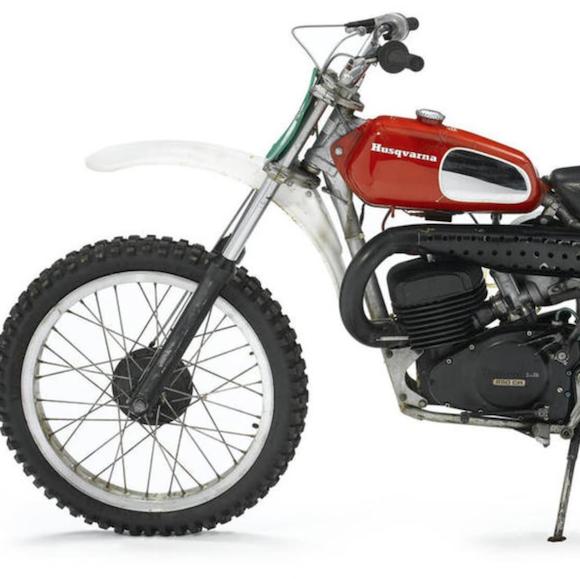