Not So Easy is a motorcycle safety film presented by Peter Fonda, and featuring Evel Knievel – quite easily two of the most prominent motorcycle personalities of their era.

The film was commissioned by the Ontario Provincial Police and it includes a broad range of excellent advice, including a tidbit from Evel explaining that he doesn’t leave home on a motorcycle without wearing leathers, boots, gloves, a full face helmet, and eye protection.

At the end of the film there’s a little questionnaire to make sure you were paying attention, and the total running time including credits is just under 18 minutes. 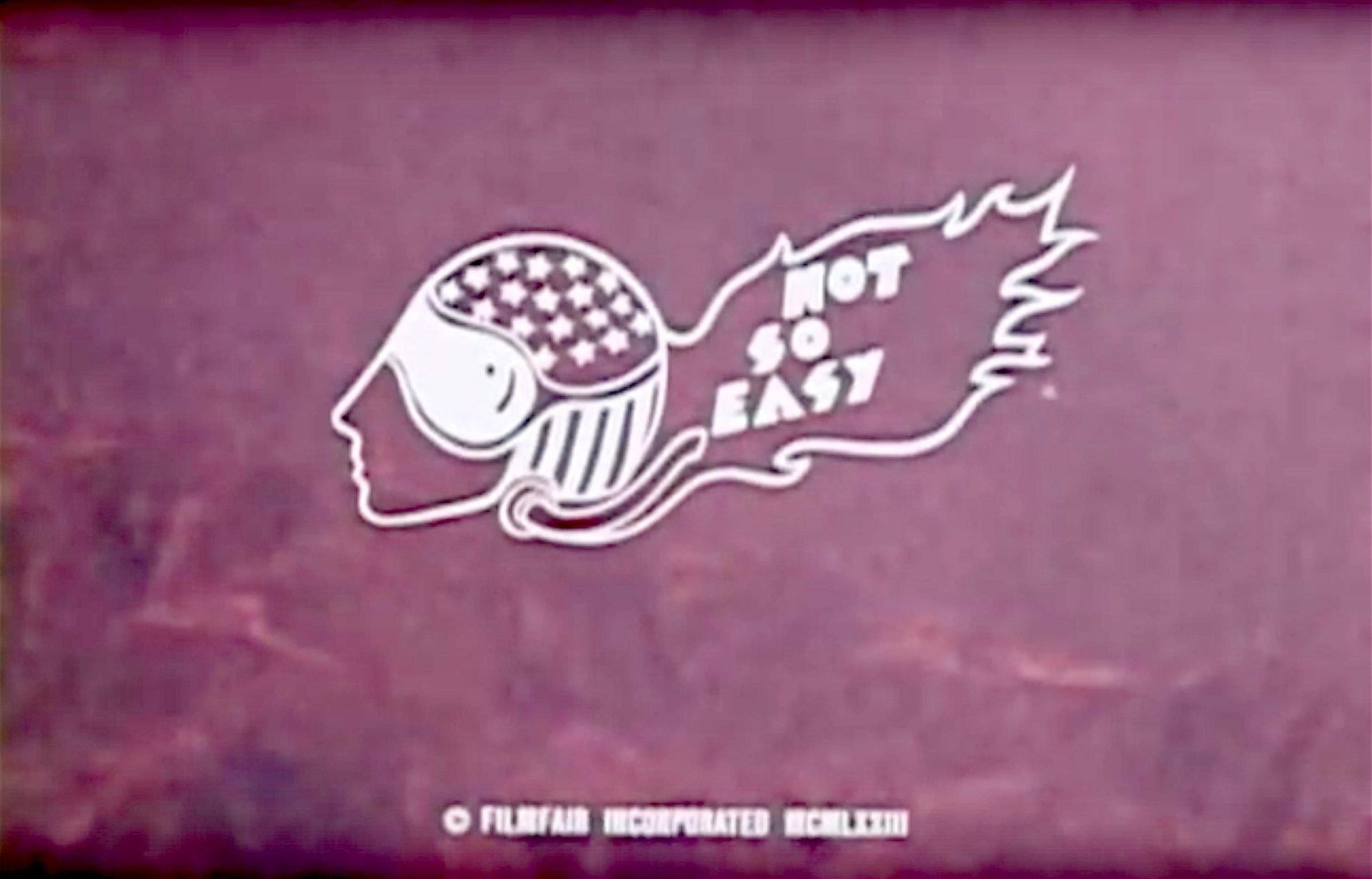