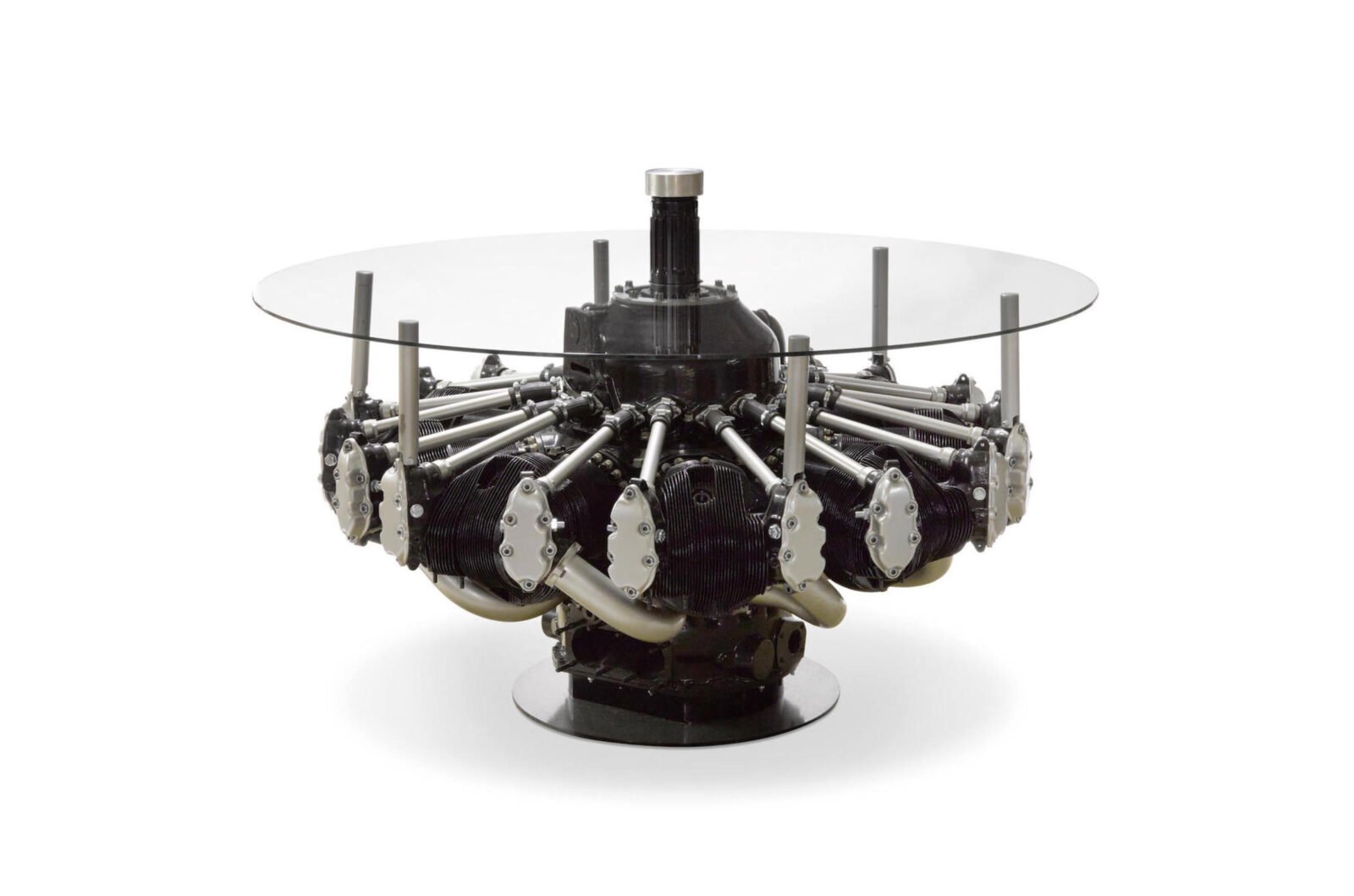 This B-17 Wright R-1820 Cyclone radial engine table is built from a decommissioned R-1820 engine – this is the motor that powered every wartime example of the Boeing B-17 Flying Fortress and Douglas SBD Dauntless bombers as well as countless other aircraft, armored vehicles, and tanks including the M4A6 Sherman and the M6 Heavy Tank.

The Wright R-1820 Cyclone first entered production in 1931, it’s a 9-cylinder radial engine that was loosely based on the Wright P-2 engine, and it was built under license in the Soviet Union as the Shvetsov M-25 and in Spain as the Hispano-Suiza 9V.

Over the course of its decades-long production run the R-1820 was developed into dozens of different engine specifications including diesel variants. The most powerful example was the R-1820-82WA which was capable of an eye-watering 1,525 hp.

Although there are still a considerable number of Wright R-1820 Cyclones in service, most of them have been retired, and a lucky few have been converted into functional art like this one. With a diameter of 1,600 mm (5′ 3″) and a height of 1,100 mm (3′ 7″) it’s not a diminutive piece of furniture, meaning it’d make an excellent centerpiece and an ideal beverage consumption platform in a suitably large drawing or billiard room. 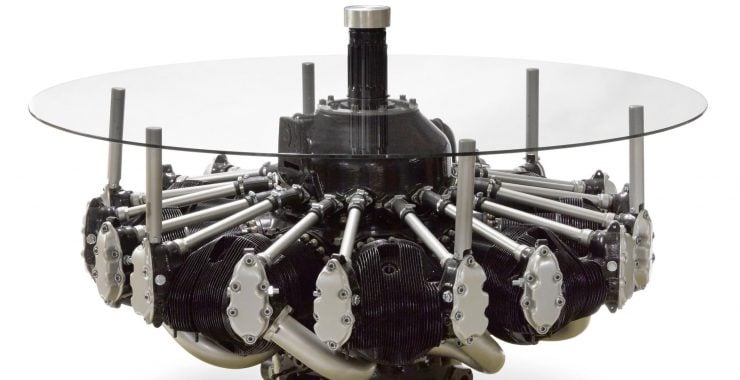 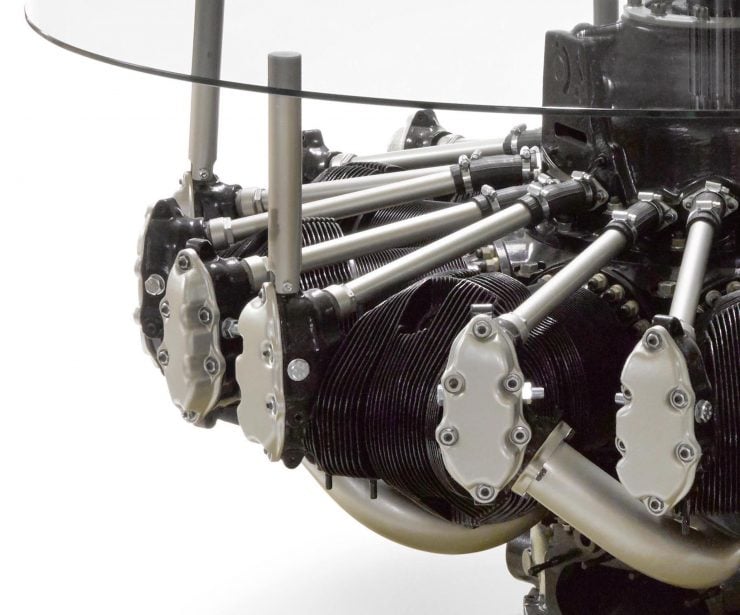 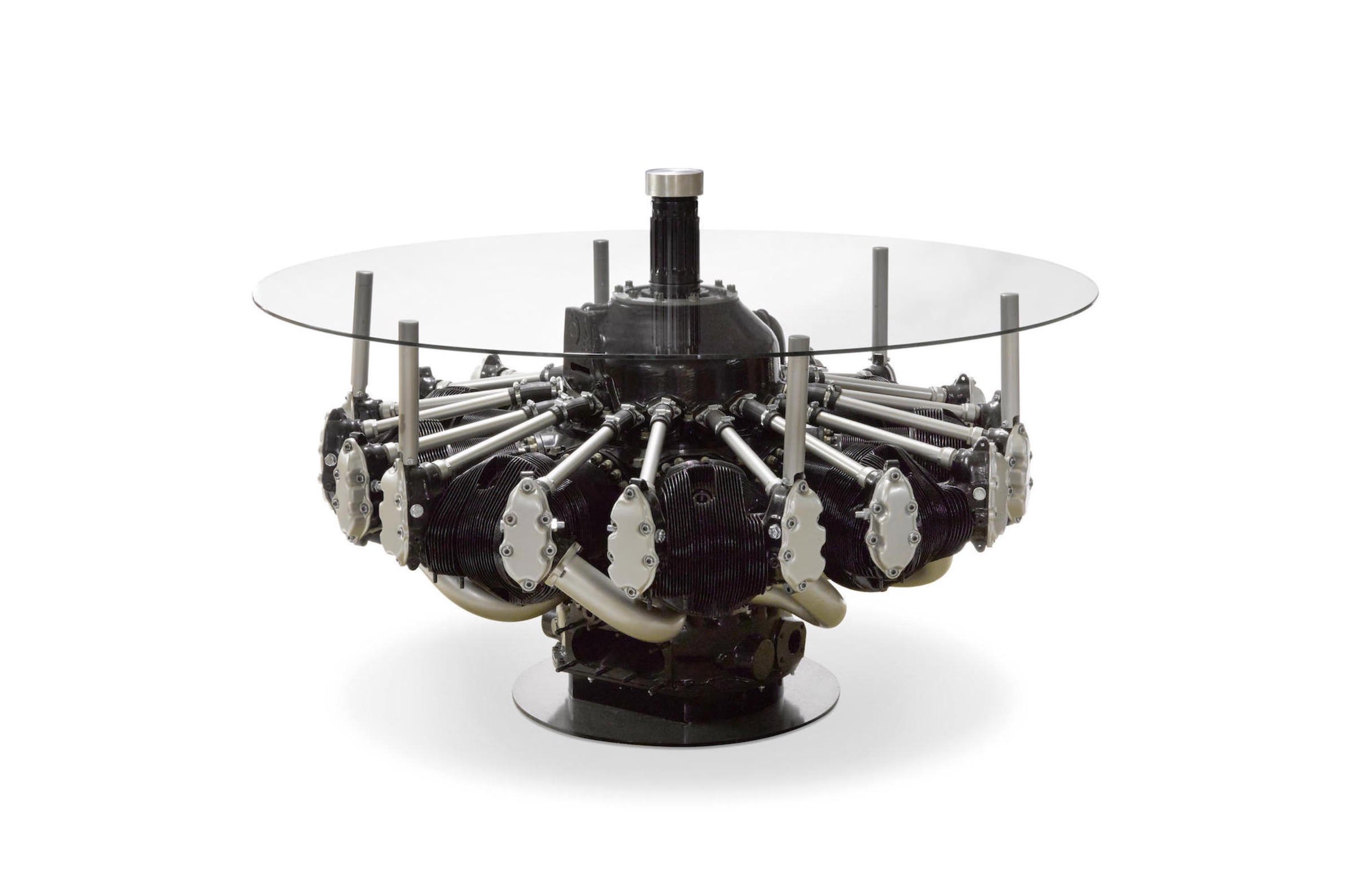