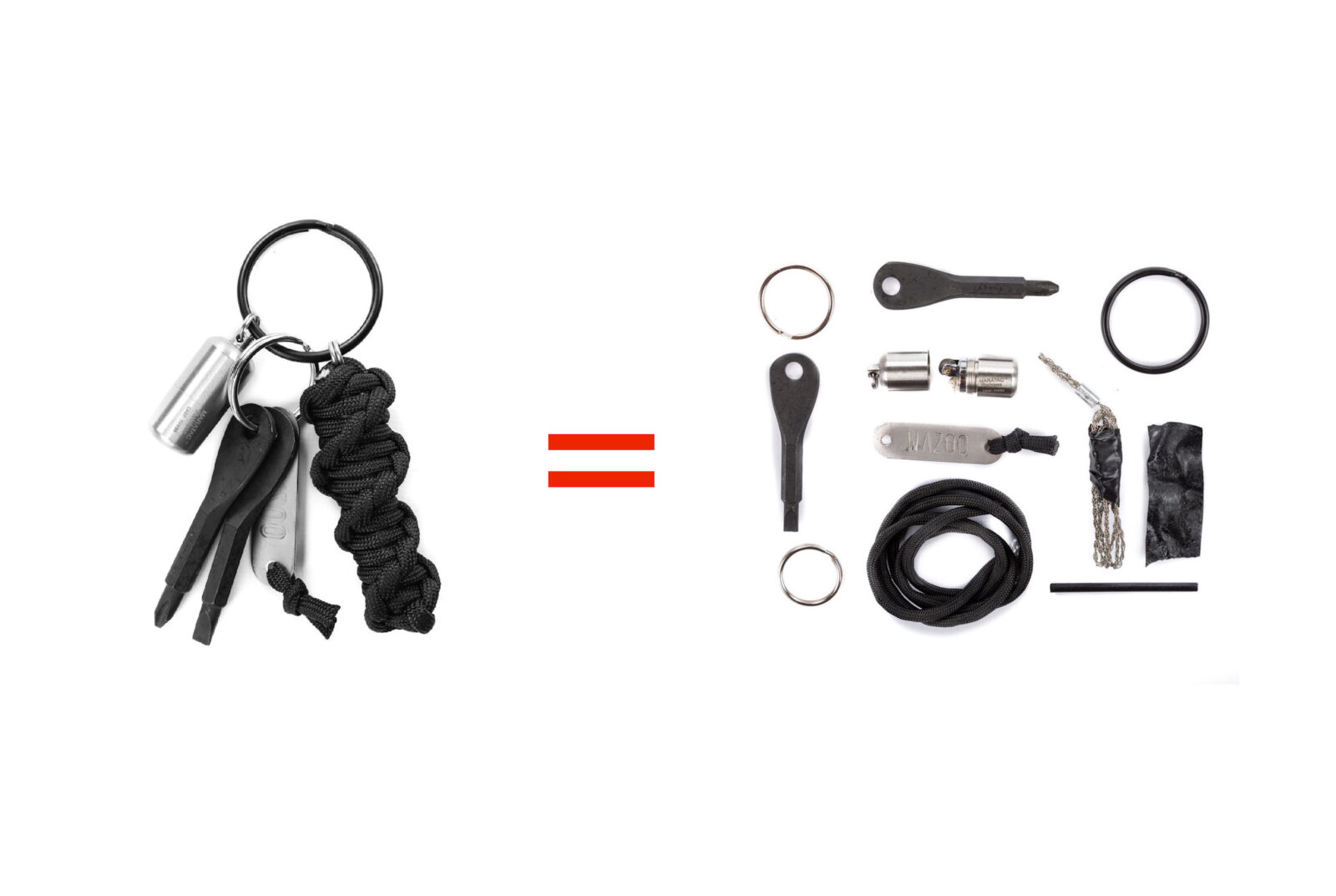 At $35.98 the Huckberry Essential EDC Kit is one of the best value propositions in the crowded everyday carry marketplace.

It includes a length of 550 pound paracord woven around a wire saw, a stainless steel striker, and a fire steel rod for starting fires in just about any weather conditions you’re likely to encounter.

The kit also includes a flathead and a Phillips head screwdriver and can be repurposed as spear tips if needed by splitting the end of a straight branch, inserting the back of the screwdriver, and binding it in place with paracord.

To make absolutely sure that you can get a fire lit, the kit also includes a waterproof stainless steel peanut lighter. The lighter can be removed from the pill shaped enclosure, allowing you to use it as a small waterproof container. 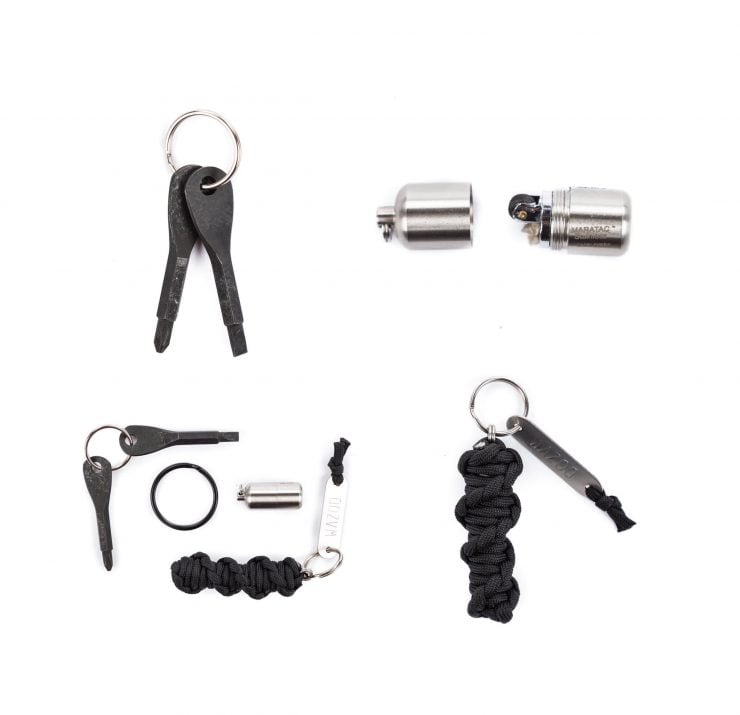