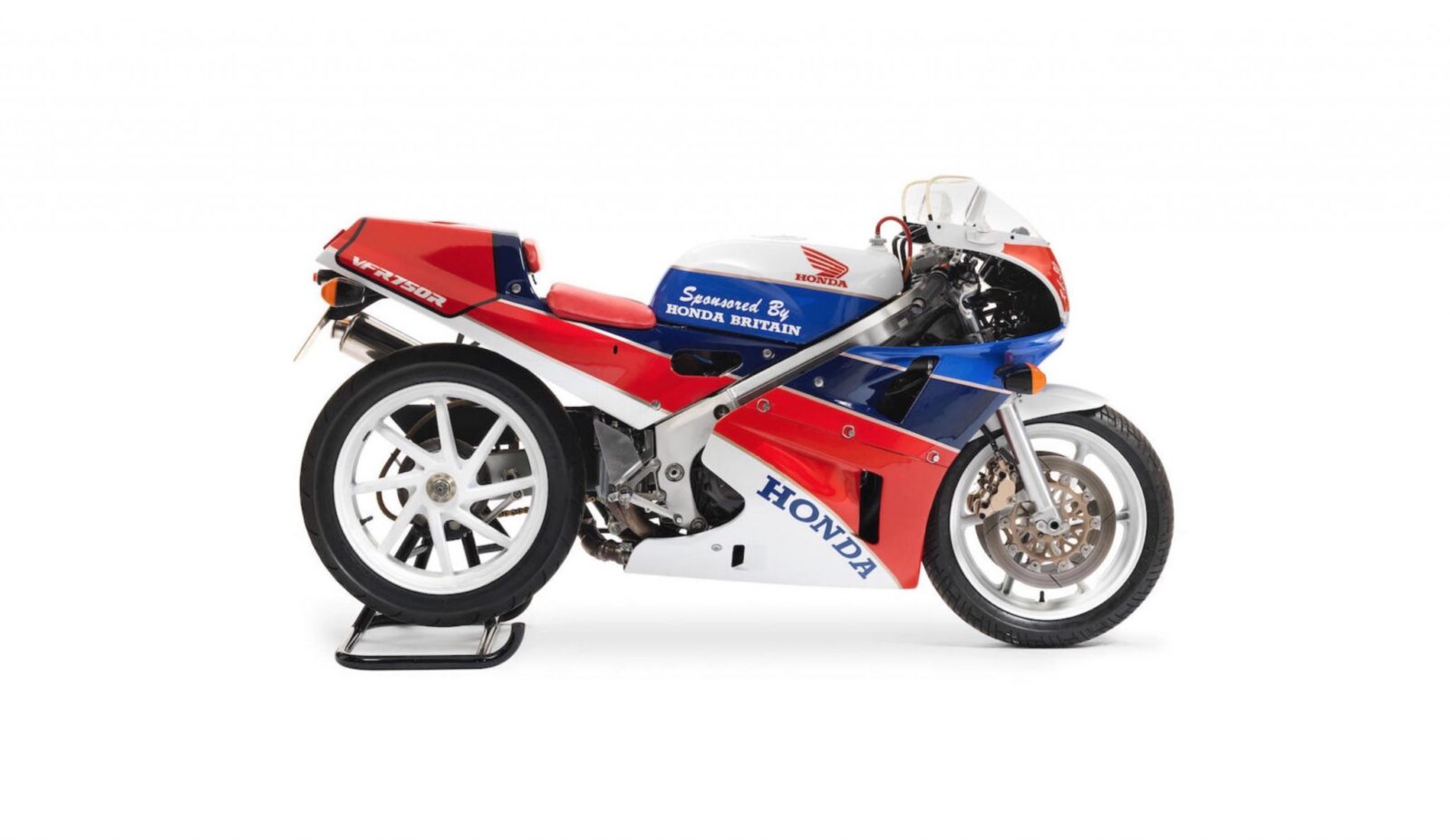 The Honda VFR750R Type RC30, often just referred to as the RC30, is a unicorn motorcycle on par with the likes of Paul Smart’s Ducati 750 Imola Desmo, the Vincent Black Shadow, the Norton Manx, and the Brough Superior SS100. Now before the angry emails start rolling in from the vintage motorcycle fraternity, let me elaborate.

A Brief History of the Honda VFR750R Type RC30

Honda released the VFR750R Type RC30 in 1987 as a homologation special for the World Superbike Championship. It was developed by HRC (Honda Racing Corporation), and it would be released into the European market in 1988, then the USA in 1990.

Successes for the new Honda came thick and fast. Fred Merkel won the first Superbike World Championship title (both the rider’s and manufacturer’s titles), and repeated his achievement a year later in 1989. Robert Dunlop took his RC30 to the top step of the podium at the 1989 Macau Grand Prix, and Steve Hislop followed suit in 1990.

The engineers at HRC had poured a long list of advanced tech into the RC30, and there were few (if any) street legal motorcycles that could turn in faster lap times. At its heart there lies a 90° 748cc V4 with 16 valves and gear driven double overhead cams, an 11.0:1 compression ratio, titanium connecting rods, a 6-speed gearbox, and 118 hp at 11,000 rpm (in unrestricted non-Japanese trim). 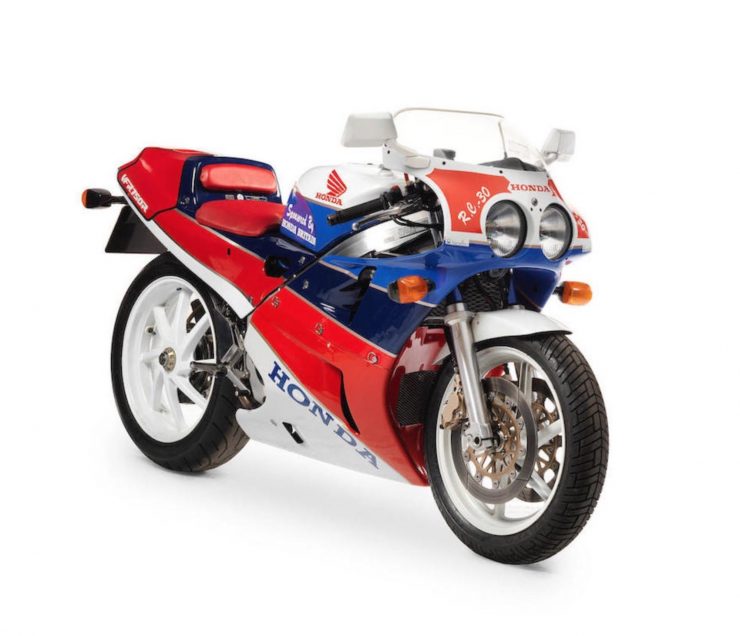 With a dry weight of 180 kilograms (~400 lbs) the RC30 is still a remarkably quick bike even 30 years later. The forks are Showa units and both the wheels and brake pads have quick release mountings for fast pit stops, there’s a fully adjustable Showa monoshock in the rear, and the rear wheel is mounted to a single-sided swingarm (sourced from the Elf-Honda endurance racer) with both the disc brake and sprocket mounted on the left side.

The advanced, lightweight V4 used in the RC30 was a remarkable feat of engineering for the late 1980s, however it was designed as a race engine – and it could be finicky for on-road use. Revving the engine hard before it had correctly warmed up could result in it seizing, and excessive high-rpm usage could stretch the valves resulting in pistons and valves meeting, shaking hands, then turning the engine into a small and very expensive Japanese IED.

That said, well cared for RC30s can provide almost unparalleled levels of fun on the road and track, particularly if you have a mechanic who knows their way around the tightly packaged V4.

Just 3,000 RC30s were made over the model’s relatively short production runs and surviving examples are now looked on as two-wheeled gold dust. The all-original 1989 Honda VFR750R Type RC30 you see here has just 3,976 miles on the odometer since new, and it’s a UK-delivered bike with 118 hp, rather than the restricted 76 hp produced by the Japanese-delivered bikes.

It’s due to sell via Bonhams at the Autumn Stafford Sale on the 15th of October, it has an estimated hammer price of £18,000 to £22,000, and you can click here to read more about it or register to bid. 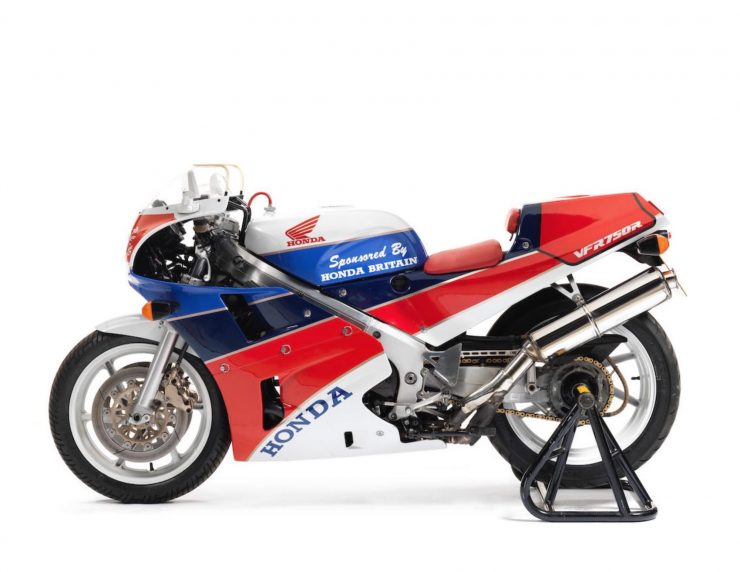 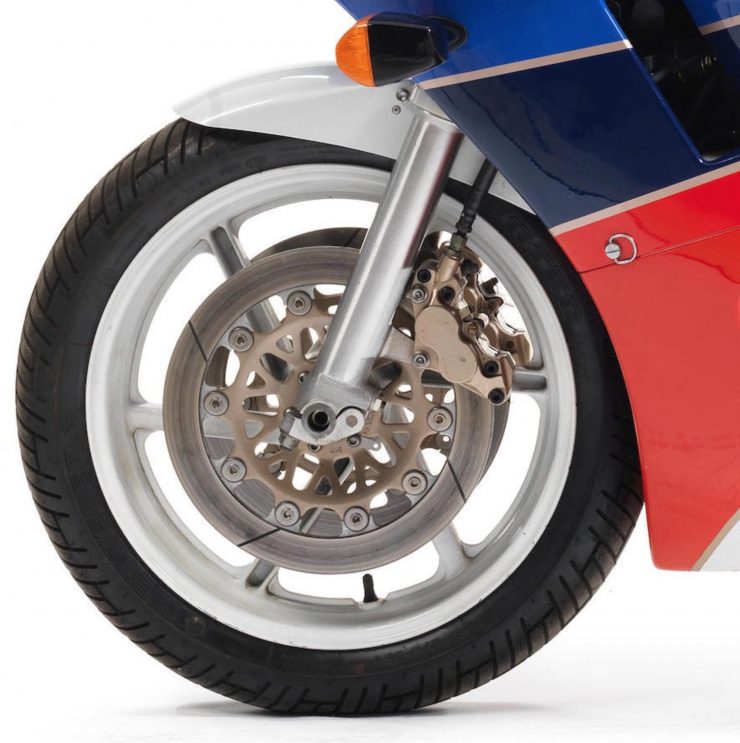 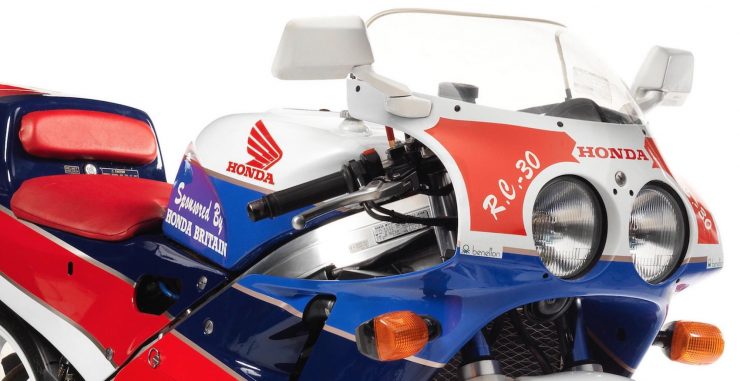 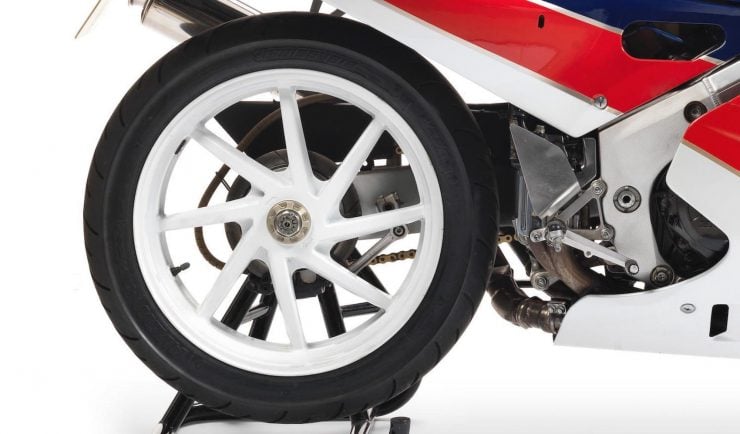 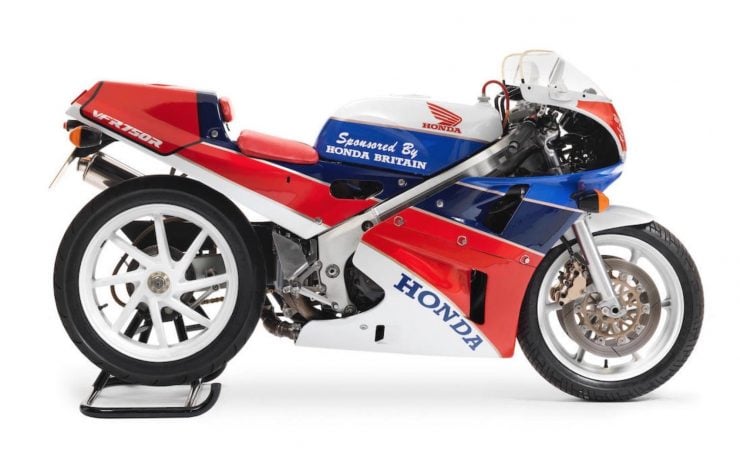 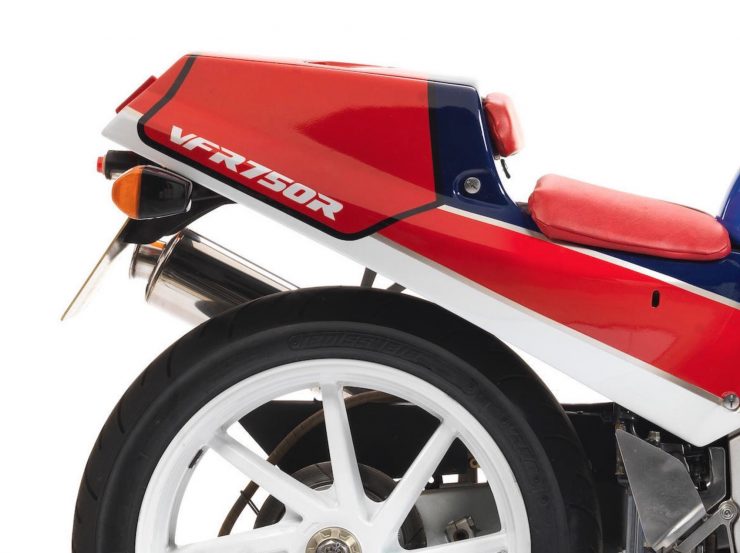 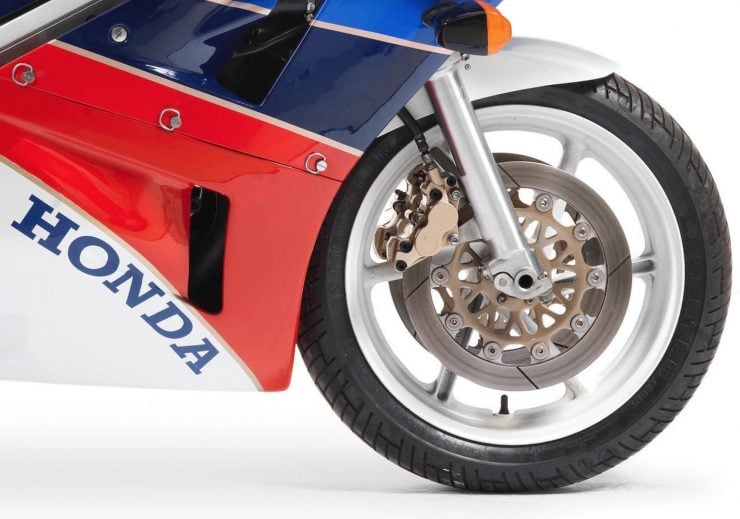 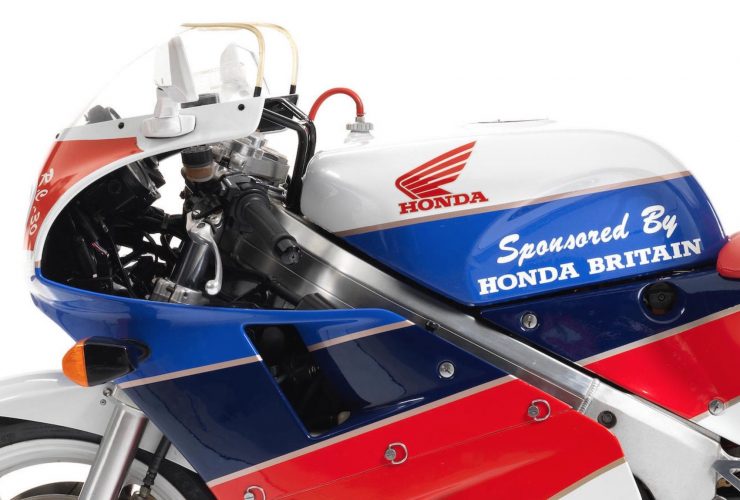 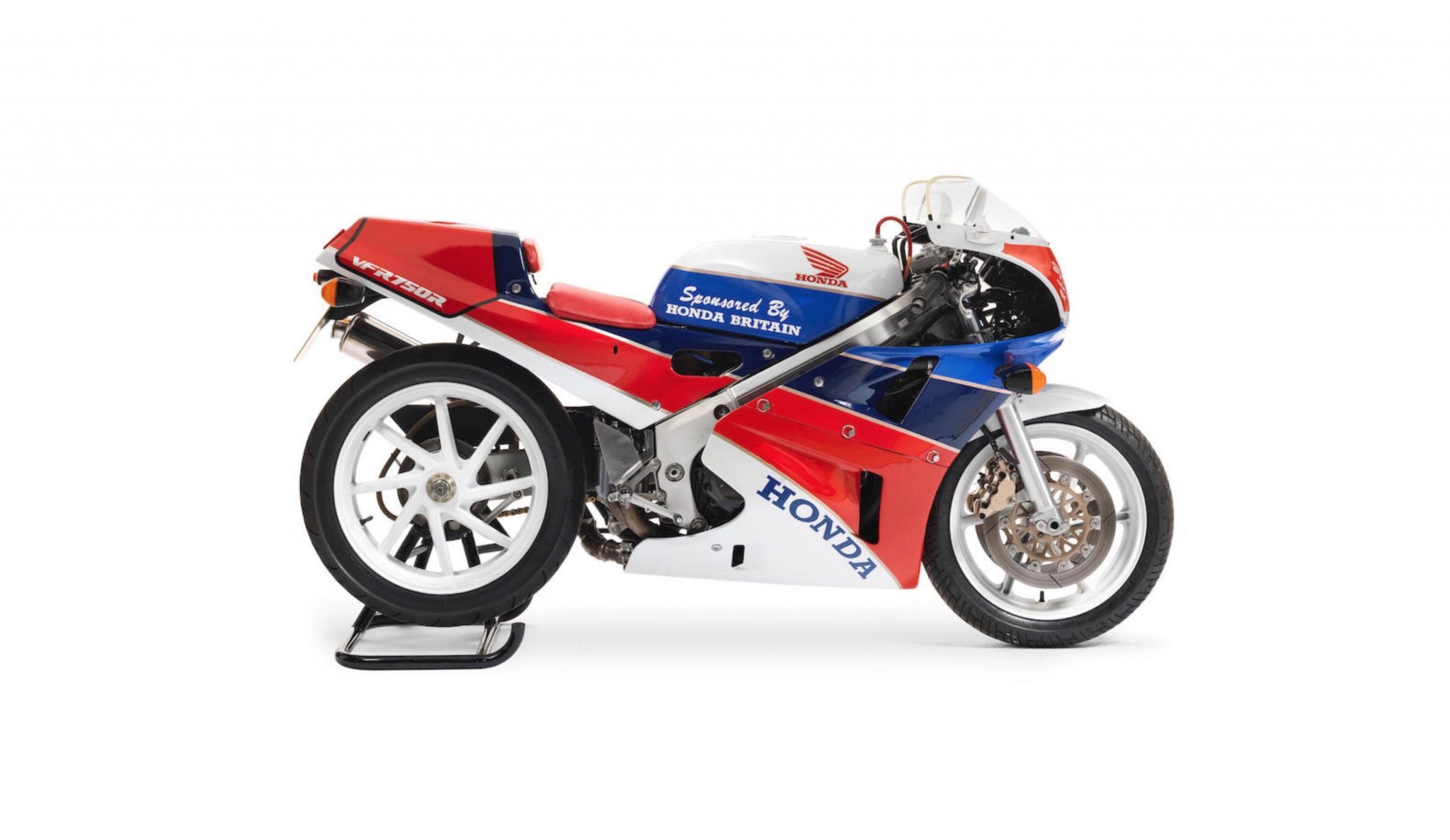