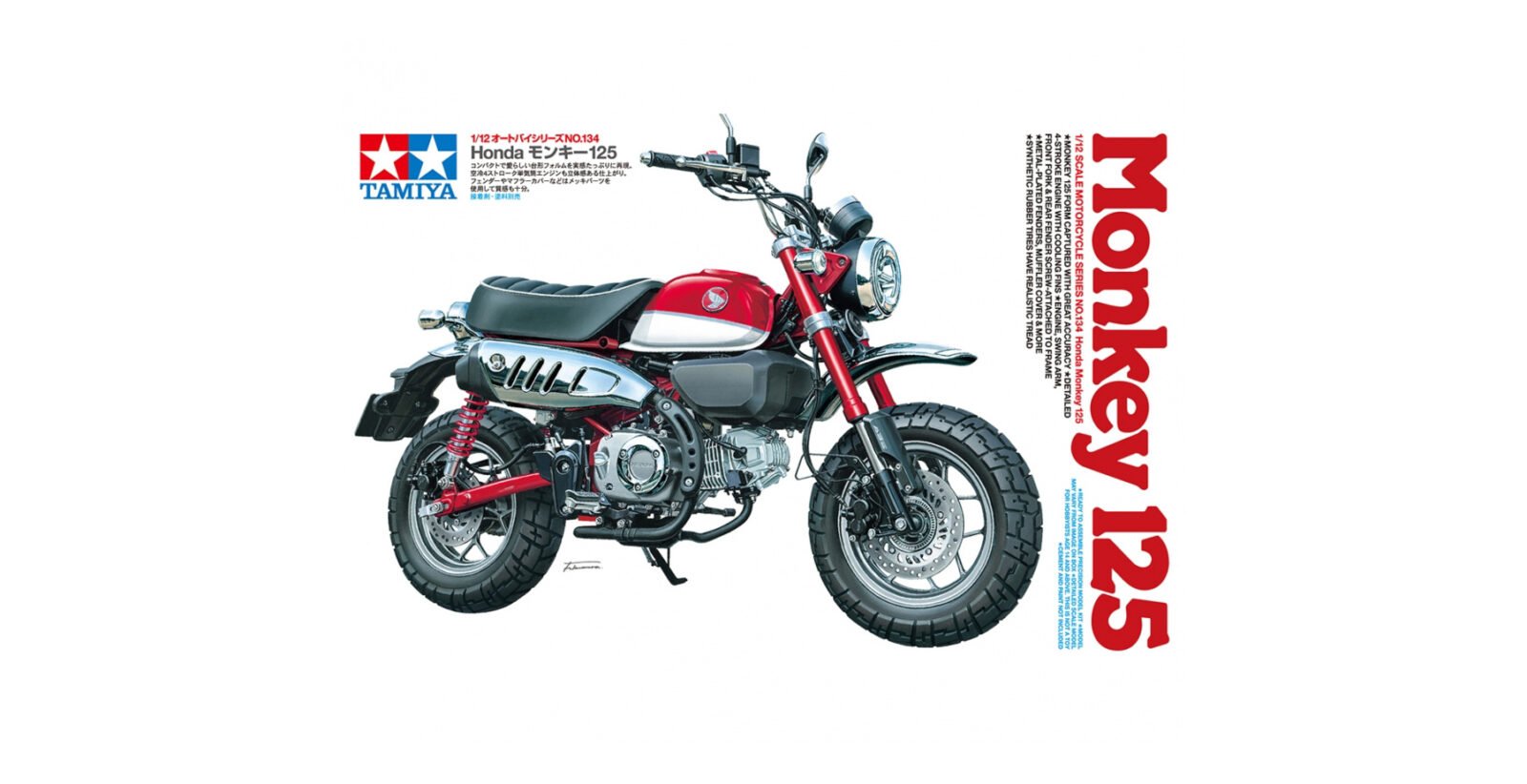 The new Honda Monkey 125 is designed for adults, though it’s obviously smaller than a normal motorcycle, it’s powered by a SOHC, single-cylinder engine with a capacity of 124.9cc.

The horsepower rating of 9.25 bhp won’t exactly set the world alight but it’s perfect for around-town commuting and other non-highway riding.

The Tamiya model of the Honda Monkey 125 measures in at 142mm long, 63mm wide, and 86mm high. The engine, swing arm, front fork and rear fender parts are secured to the frame using metal screws for long term durability, and it comes with clear parts, damper springs, and vinyl tubing to recreate various lines, and there’s a decal pack to recreate correct markings.

The model comes as a kit so it requires painting and assembly by the home modeller, and it comes with metal-plated fenders, lights, and exhaust/engine elements to recreate the look of the original.

The modern Monkey is defined by its small stature, bug chunky tires, over-sized seat and mini fuel tank, all of which are correctly represented on the scale model.

Tamiya was scheduled to release this model on the 1st of June however it’s been delayed and is now a few days overdue. The link below will update when the model is available, which should be any day now. 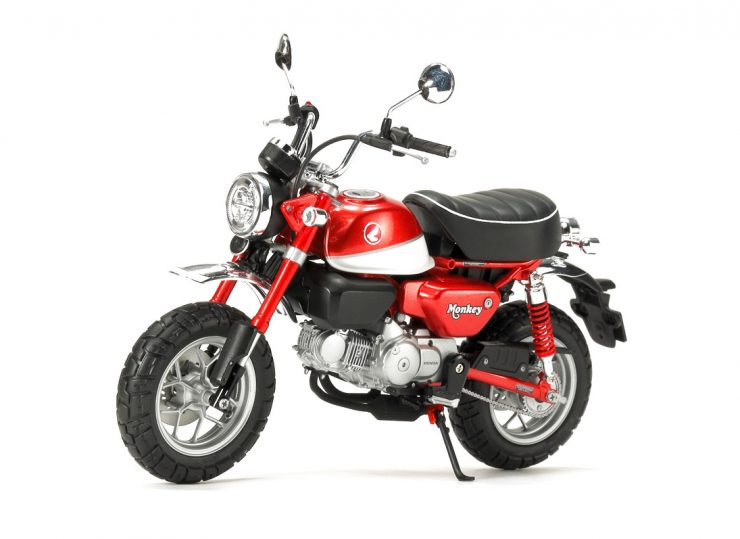 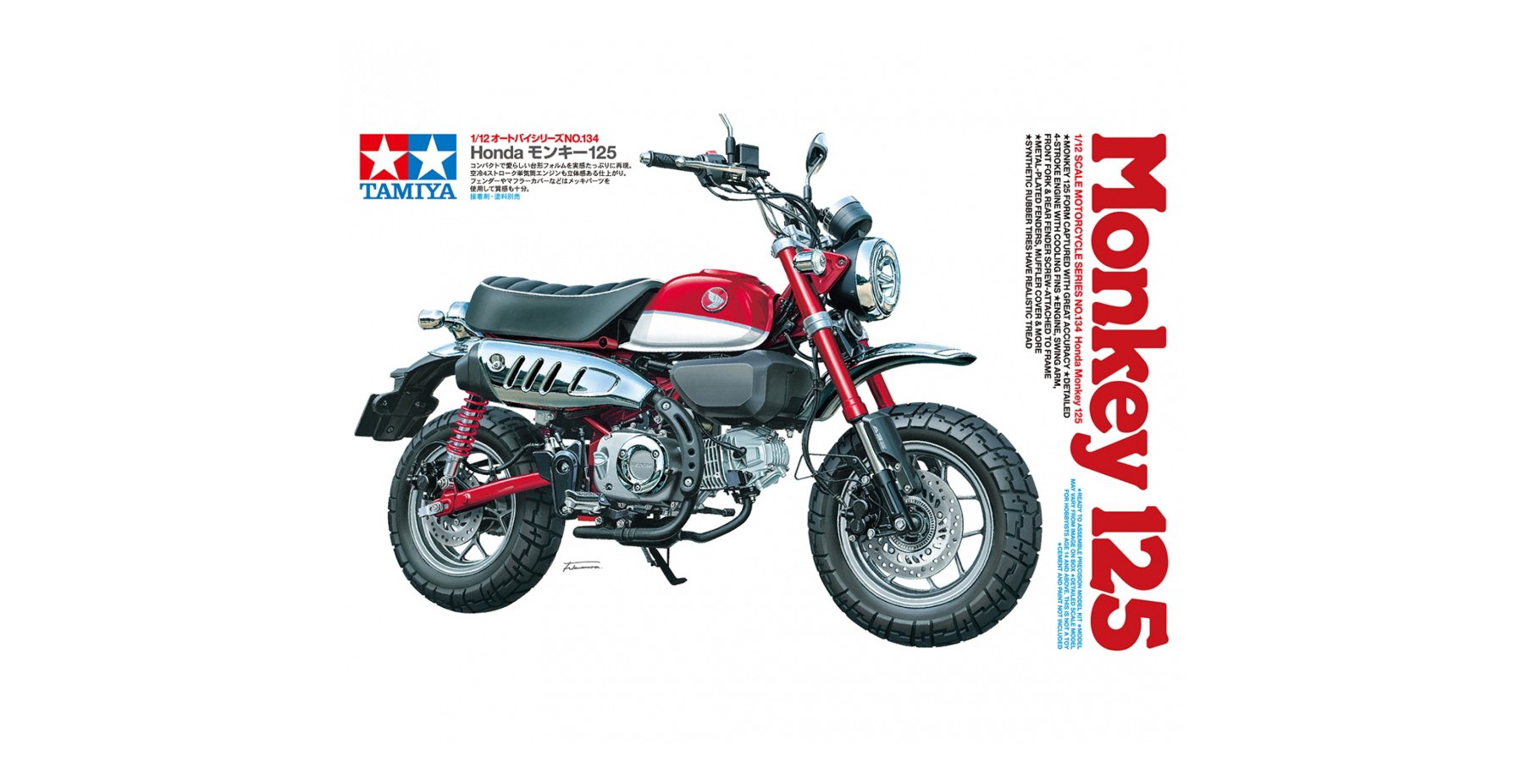