Editor’s Note: If the film isn’t loading for you, you can view it directly on YouTube here.

This documentary, “Jewel In The Crown”, is a look back from 1992 to the very early days of what is almost certainly the most famous Grand Prix on the Formula 1 calendar.

Despite its diminutive size, Monte Carlo has long been a force to be reckoned with in the world of top flight motor racing. The annual Monaco Formula 1 Grand Prix was for many years accompanied by the Monte Carlo Rallye on the motorsports calendar – both events were the most prestigious of the year by some margin.

The first Monaco Grand Prix was run in 1929, long before the name “Formula 1” existed, and races have continued to the modern day with some gaps between 1938 and 1954 for obvious reasons.

Although modern Formula 1 cars often have a hard time overtaking each other around the tight street circuit it is still typically quite an interesting race due to the fact that cars invariably hit the wall – resulting in safety cars, pit stops, and mayhem.

Jewel In The Crown offers an excellent look back at Monaco in 1992 and earlier thanks to archive footage, it contains some of the best onboard footage of the era including aboard the legendary six-wheeled Tyrrell P34.

The film includes conversations with some of the most important F1 drivers of all time including Jackie Stewart, Graham Hill, Ayrton Senna, Niki Lauda, and many others. 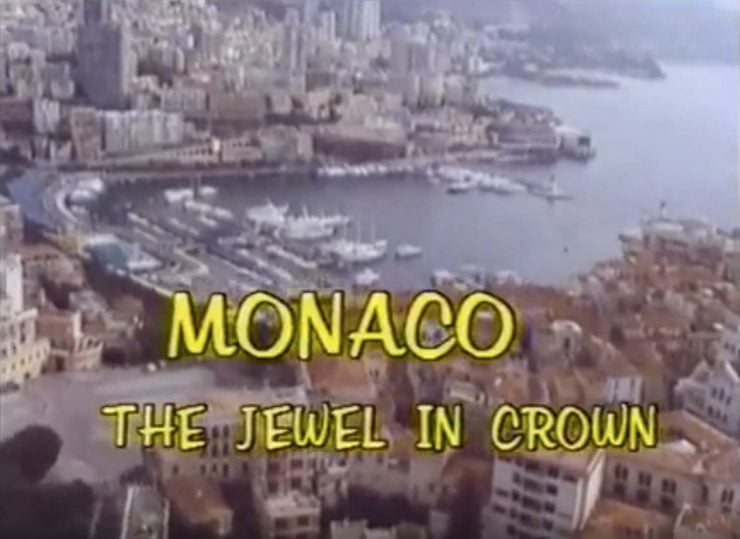